LG moves into their second generation of Cinema 3D TVs after a relatively successful run last year. As for bundled accessories, LG is now complementing the LM9600 with four pairs of polarizing glasses (model: AG-F310) plus two pairs of Dual Play gaming glasses (model: AG-F310DP). Similar to Philips' latest bunch of 3D sets, Dual Play actually enables gamers to view two-player screens in full instead of the typical split-screen. According to what we've learned from an LG spokesman, the South Korean engineers have also gone back to the drawing board to improve on their FPR's (Film Patterned Retarder) 3D performance after receiving feedback from multiple sources about the unmistakable vertical banding issue which we've discovered as well. More on this later, but before we look at the TV's 3D performance, let's see how the display handles 2D to 3D conversion with our DVD test disc. 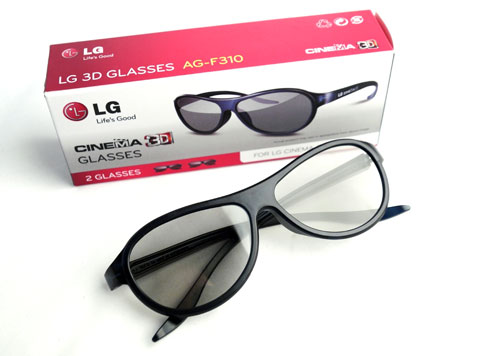 Hitting the 3D button on the remote revealed that the TV supports the 2D to 3D mode as well as a the Side by Side and Top/Bottom 3D video formats. Under Picture settings, there is another 3D Mode available with the following selections - Manual, Standard, Sport, Cinema, and Extreme. However, you might want to note that only the Manual option enables you to adjust values for 3D Depth and 3D Viewpoint, while the rest are offered as presets. As for the display's 2D to 3D performance, we observed that minimal depth is perceived, even with a boosted 3D Depth of 18 (3D Depth scale ranges from 0 to 20). Also, 3D Viewpoint presumably enables you to tweak the perceived distance, and yet the images did not appear specifically nearer or further away when tried. On the up side, there were hardly any instances of crosstalk on the screen for the most part, although we did spot minor signs of ghosting close to the left and right edges of the screen. In a nutshell, LG's 2D to 3D performance on the LM9600 is largely forgettable. Hopefully, its 3D mode would do better for content created with 3D in mind. 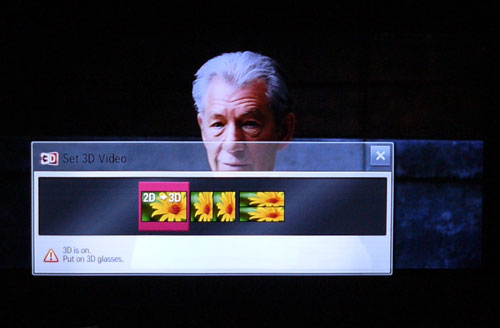 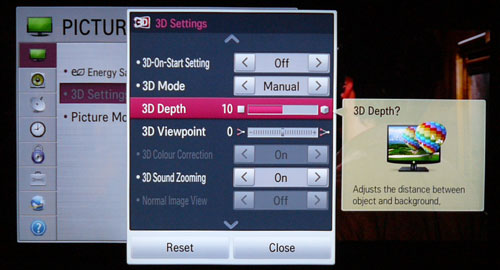 First, the good news. LG has managed to recreate the same flicker-free results as they did with last year's Cinema 3D line-up. Kudos also goes out to LG's 3D processing and their Triple XD Engine for delivering excellent clarity, depth, and sharpness. In other words, watching Monsters vs Aliens in 3D was an enjoyable experience on the whole. Pitted against the active-shutter camp, LG's FPR technology still has our vote for being the most comfortable 3D display (on the eyes) in the market by far. However, a number of caveats apply. As noted on the LW6500, vertical banding issue persists when the screen is viewed at a meter or less. Another minor gripe we have is the relatively tight vertical viewing angles. For example, crosstalk or split images are apparent when we stood up to view the TV. Fortunately, not too many viewers engage a film in such a position, plus this wouldn't be an issue if one were to view the TV on a level plane. Finally, the Vivid picture preset is enabled by default in 3D mode, but that's understandable given the dimming qualities of the polarized lenses.

For this test, we hooked up a Sony PlayStation 3 loaded with Gran Turismo 5 to the LM9600. Player-one takes the glasses labelled "A", while player-two takes the one labelled "B". So far, so good. To get things started, we selected the Top/Bottom option under the TV's 3D Mode, and we were off in a jiffy. 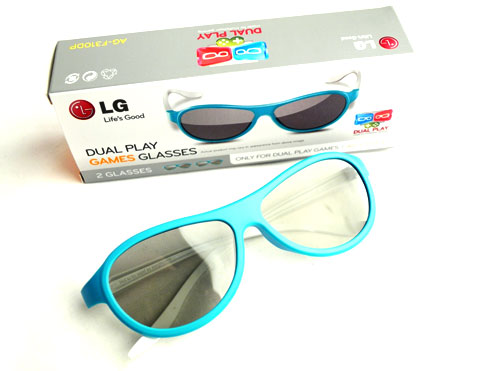 After burning some virtual rubber on the High-Speed Ring, we were quite impressed with how LG managed to pull this one off although the gaming experience was far from perfect. Each player was able to visualize his own 2D view on a full screen, and that's a big plus. However, 'leaked' images from the other player's point of view did creep into the display from time to time. We also noticed that this overlapping pattern becomes more prominent in conflicting darker and brighter scenes, like when one vehicle enters the tunnel for instance but your opponent is out in the open. It was fun, but these ghostly images can be a distraction. All things considered, we'd opt for Dual Play over a split screen on any given day, but we'll appreciate it more if LG could find a way to perfect this technology without the annoying crosstalk tendencies during gameplay. 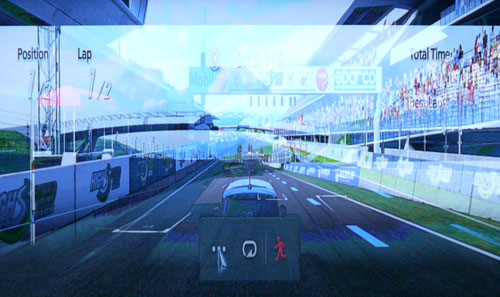 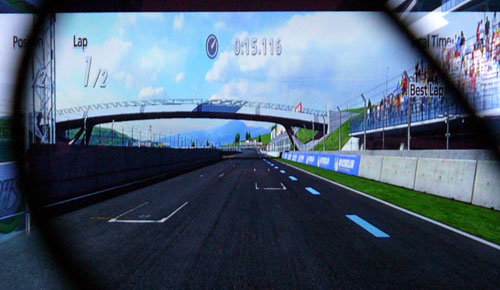