These days, it’s hard to stay afloat as a notebook manufacturer if you don't have a gaming sub-brand of your own. In fact, just take a look at some of the biggest names in the industry: ASUS has the Republic of Gamers (ROG), Acer has the Predator, Dell has Alienware, while HP has its Omen range of gaming systems.

Noticeably absent from the lineup up until CES 2017 was Lenovo, who decided to join the fray with its own gaming sub-brand, called Legion. Now, this doesn’t imply that Lenovo is a newcomer to the whole gaming scene, mind you, as the company has long been churning out high-performance notebooks as part of its IdeaPad Y-series lineup. We assume Lenovo established the Legion sub-brand to provide its gaming products with a stronger presence in a market saturated with Aliens and Predators.

And tasked to lead the Legion on a path to victory is the Legion Y720: one of two notebooks that were launched under the Legion brand, with the other being the Legion Y520. But that’s a story for another day. 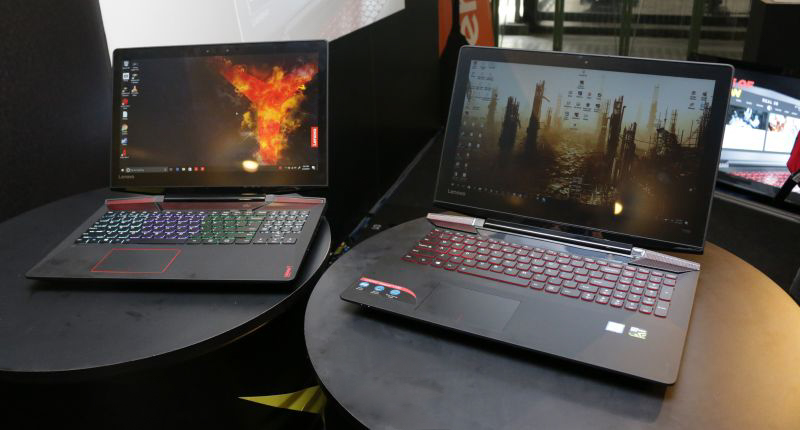 If you were expecting the Legion Y720 to look radically different from the IdeaPad Y-series notebooks because of its fancy new name, you’re going to be disappointed, as they look fairly similar -- especially if you compare it against more recent models such as the Y700.

But of course, there are some subtle aesthetic differences. For example, the Legion Y720 has a third speaker grille right below its central hinge, red accents surrounding its touchpad, and, of course, the Legion logo etched onto its lid. Our unit also came replete with the optional programmable multicolor backlit keyboard, which has four lighting zones and five lighting modes. We’re refraining from calling it a RGB backlit keyboard since there are only 19 preset colors for you to choose from, and there isn’t a color spectrum for you to play around with. The keyboard also lacks per-key backlighting and a way for you to control the brightness of its backlight – a strange omission on Lenovo’s part. 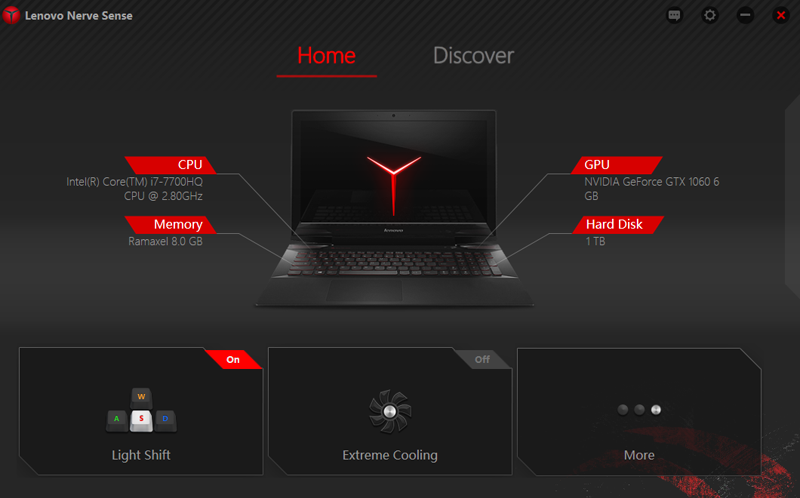 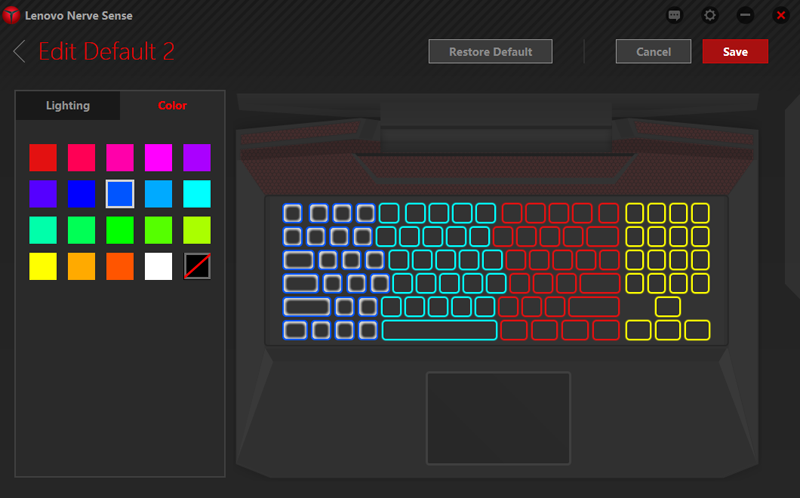 Customizing the colors of the Legion Y720’s keyboard is done through the Lenovo Nerve Sense software suite, where you’ll also find an ‘Extreme Cooling’ mode that, when activated, will force its cooling fan to spin at maximum speed, creating a surprisingly loud whir as a result.

The good news is that the typing experience on the Legion Y720 is pretty darn good, as the keys have decent enough travel and a perceivable tactile bump upon reaching their actuation point. The keys are also well-spaced and adequately sized too, allowing us to touch-type without needing to familiarize ourselves with its layout beforehand, as we usually need to with the cramped keyboards of smaller-sized notebooks.

Lenovo was proud to proclaim that the Legion Y720 is the “world's first Dolby Atmos Windows-based PC” when it was first unveiled, but truth be told, the Atmos experience wasn’t as profound as we expected it to be.

We tested the Dolby Atmos capabilities of the Legion Y720 by playing a few rounds of Overwatch – one of very few games that currently supports the immersive audio technology. We played the first couple of rounds with audio being routed through its speakers, which were no doubt incredibly loud and packed plenty of punch, but we couldn’t really pinpoint the location of our enemies through the cacophony of gunfire, explosions, and voice lines. For the subsequent few rounds, we plugged in a pair of headphones (an Audio-Technica ATH-M50x), and switched on the ‘Dolby Atmos for Headphones’ setting within the in-game settings menu, which would supposedly allow you to “quickly and accurately locate threats — and friends — from above and behind,” or so Dolby claims. While we were able to hear the incoming footsteps and voices of characters coming from a general direction, we wouldn’t go so far to say that we were able to precisely tell where they were coming from.

As we’ve mentioned earlier, the two 2W JBL speakers and lone 3W subwoofer of the Legion Y720 can get really loud without sounding ear-piercingly harsh or tinny, making them a great movie companion. Strangely, however, they lack the accuracy and balance to do justice to your favorite audio tracks, often rendering them hollow, distant, and muffled. We tried playing around with the five available Dolby Atmos audio presets -- Dynamic, Movie, Music, Game, and Voice – in an attempt to make things better, but to no avail. With a weight of approximately 3.2kg and a thickness of 29mm, the Legion Y720 is nowhere near as heavy or bulky as the humongous Acer Predator 21X, but still, it’s not something that you will want to be carrying around in a backpack all day.