I tested the battery life using PCMark 10's new Modern Office and Gaming battery life benchmarks. All the notebooks were set to 100 per cent display brightness and had Wi-Fi enabled. The keyboard backlight was disabled.

Battery life was lacklustre and the Omen 15 lasted barely over 2 hours in the Modern Office benchmark. The combination of the GeForce RTX 2080 Max-Q and relatively small 69Wh battery isn't the best choice, and that affects the laptop's score in our portability index as well, which takes into account things like battery life, weight, and the notebook's dimensions. It fared better than the Lenovo Legion Y740, but it was still quite far behind the Acer Predator Triton 500 and Razer Blade 15, both of which are also considerably thinner laptops and have larger batteries. 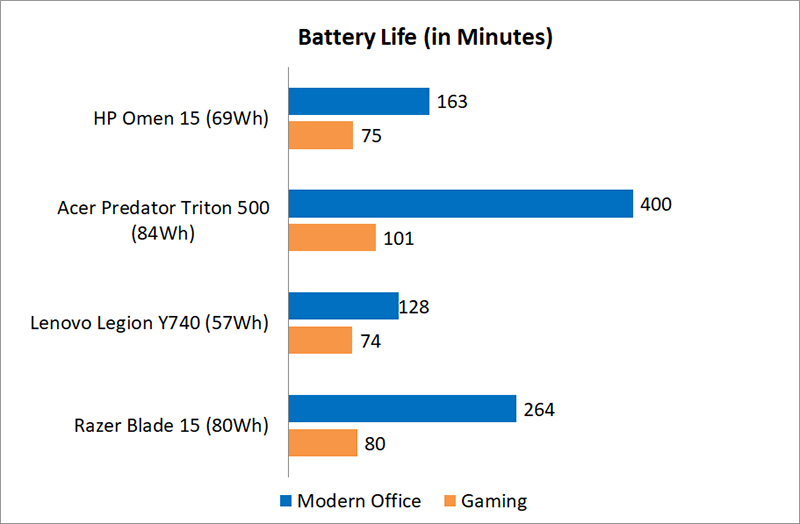 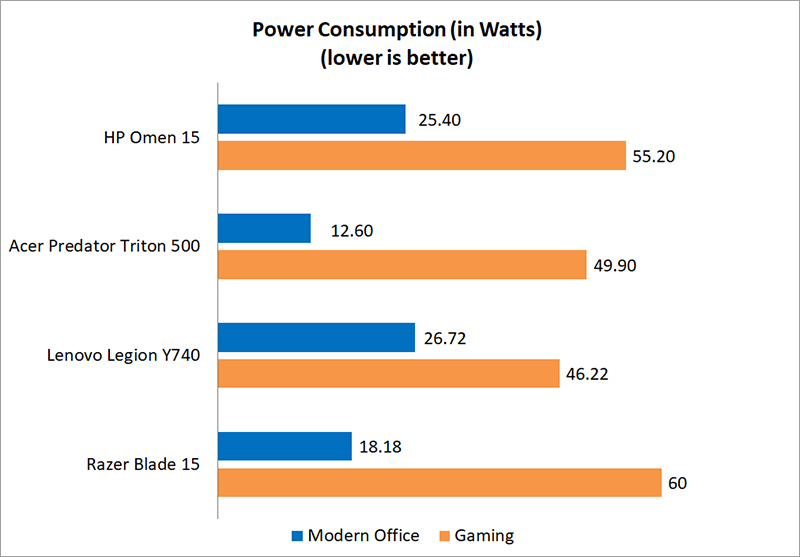 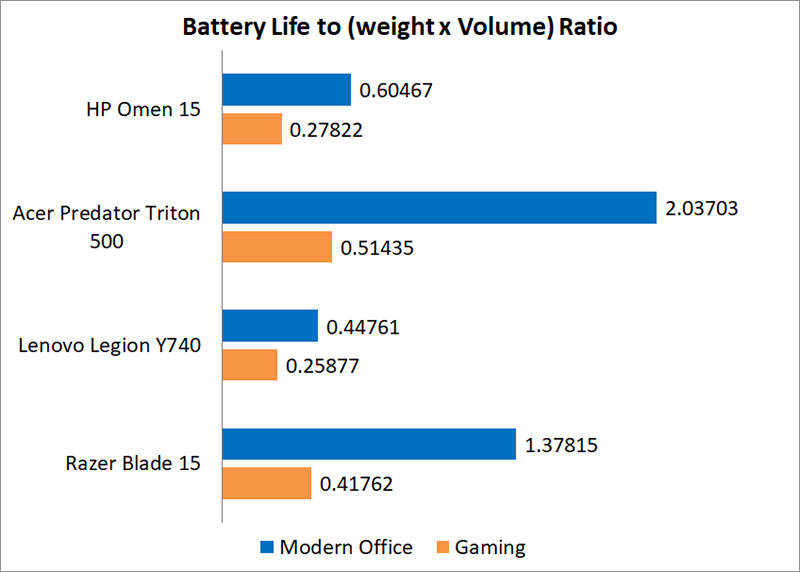 Is the cooling performance good?

The HP Omen 15 is one of the more quiet gaming laptops I've reviewed. The fans are clearly audible at maximum speed, but they're far more bearable than the ruckus some other laptops kick up. I'd describe it as a low whine of sorts as opposed to the literal whooshing noise its rivals produce.

That said, cooling performance seems good and at the very least the palm rests remain fairly cool to touch throughout. 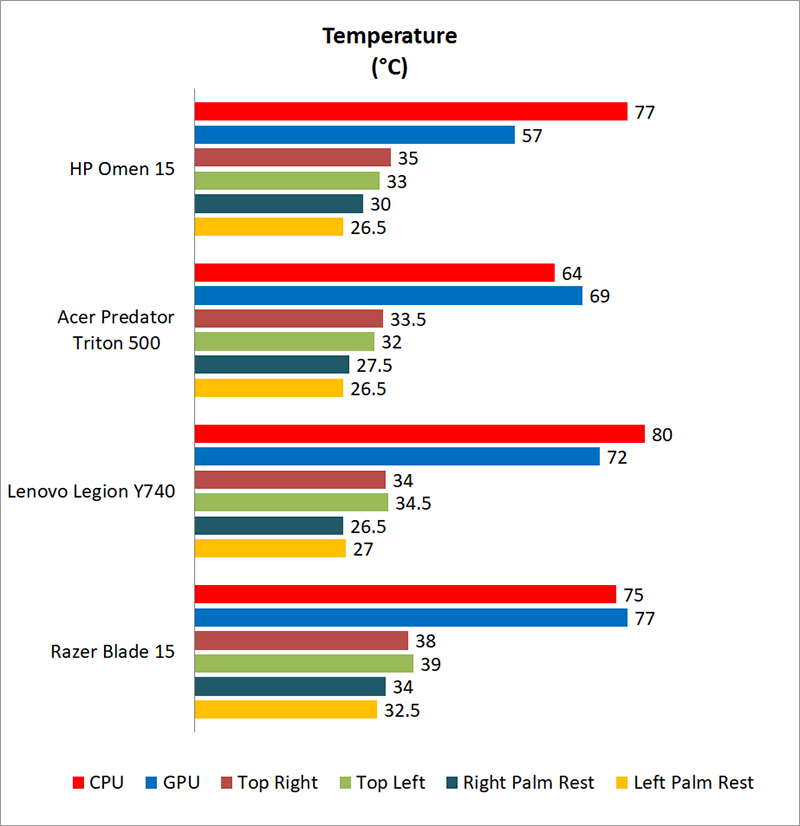