Over the last year, the world’s biggest PC manufacturer may seem like they've lost focus in its hardware business, especially after discontinuing support for their HP Tablet and webOS-based smartphones. However ever since CES 2012, we see HP making a comeback with a strong line-up of their PC computing products like the HP Envy 14 Spectre and Envy 15 for demanding consumers, to the HP Z1 AIO workstations to address space-constrained businesses needing a capable machine. Another such product that gives indication of HP’s dedication to its PC computing business, is the 13-inch HP Folio 13. At first glance, you’d probably be inclined to think that you’re looking at yet another HP Elitebook albeit one that is much thinner.

However once you pick the machine up, you’ll know instantly that this isn’t one of those business oriented Elitebooks that weigh upwards of 2kg and is in fact an Ultrabook. Even the model name - Folio - that HP chose is a Latin word used to describe a leaf of paper. A fitting name for an Ultrabook, that is lighter than it looks, but it’ll be worth your while to note that the HP Folio 13 pushes the boundaries of a 13-inch Ultrabook’s acceptable weight at 1.5kg. This slightly heavier than expected is due to a higher capacity battery than other Ultrabooks and we'll see how it translates in our testing later in this review. 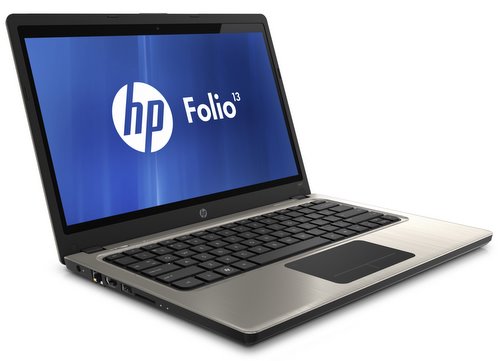 Looks-wise, the HP Folio 13 has the same kind of brushed aluminum lid that you might expect to see on Elitebooks, with a lone reflective logo (that doesn’t light up) in the middle of the notebook's lid. The Folio may not have the most striking of designs, which you often see on HP’s Envy line of notebooks, but we found its unassuming looks to be surprisingly pleasing. The fairly thick aluminum build lends a sense of rigidity to the notebook, especially to its lid. Even the bottom cover of the machine is made from a single piece of aluminum. Save for a couple of vents, the bottom is fairly featureless, which is a good thing. Apart from its appearances, one other lesser known aspect of a notebook that gives away it's business-centric nature are the exposed screws throughout the bottom of the machine. This usually means that in the event of hardware failure, the machine can easily be taken apart and the offending component easily replaced by your friendly IT department personnel. 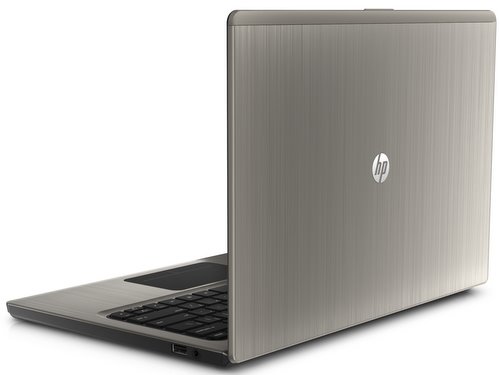 And in case you’re still confused as to whether the HP Folio 13 is suitable for your business or not, you can take a look at the left side of the machine. Most consumer oriented Ultrabooks these days would eschew the RJ45 port because they simply aren’t used outside of a corporate environment. On the HP Folio 13, it’s right there with an HDMI port, USB 2.0 port and SD card reader on the left side of the machine, while the right side has a combined audio and microphone jack, and a USB 3.0 port.

By now, an IT department’s alarm bells would be ringing and wondering what happened of the VGA port? Well there is none, simply because its 2012, and businesses by now should be slowly evolving to adopt other display connectivity options to conduct presentations on  a big screen. We understand that many projectors have only VGA inputs as these products have a longer shelf life, but considering that an HDMI to VGA converter will only set you back a few dollars, we think it's a decent tradeoff to supporting newer standards. Perhaps HP should actually consider bundling this converter accessory to make its package  more complete (and we hope HP would consider our thoughts on this). 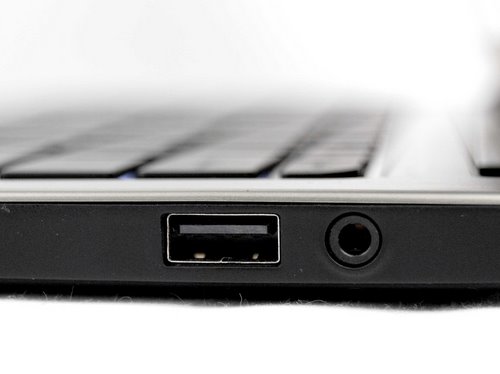