honor 8: From one hyperbole to another (Updated) 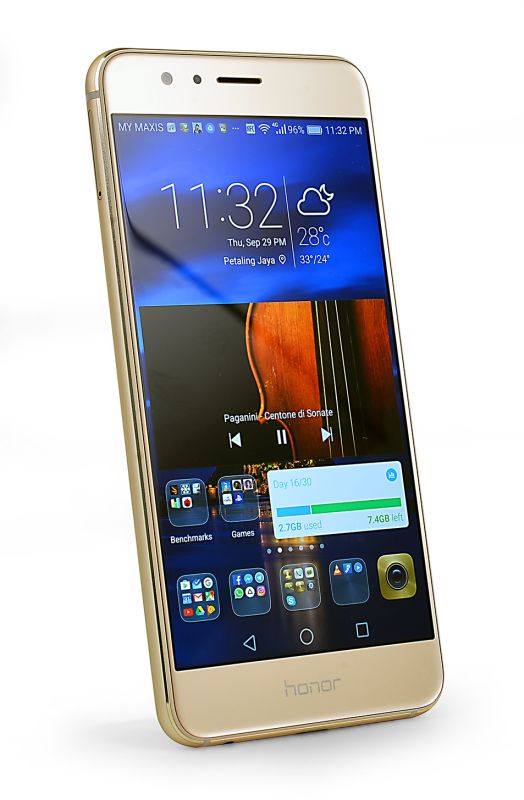 Update (October 13, 2016): As promised, we've added in more picture in our Camera Performance & Conclusion page. Much like the Huawei P9, the pictures taken with the honor 8 did not disappoint.

When honor first started out, the company was nothing more than a subsidiary which Huawei set out to create a place where they could mess around with different specifications for handphones before ultimately implementing it back in any and all future smartphone models of the mother brand.

For each and every honor smartphone model that has crossed our palms, the one thing that we can say for certain about honor phones is that the design language and aesthetics of the phone changes dramatically with each new iteration. From the glass unibody of the honor 6 to the sudden metallic obsession of the honor 7, honor has done it all.

Now, with the honor 8, it seems that honor has come back full swing into the hyperbole of the all-glass unibody design.

One glance at the honor 8 from afar, and we actually thought that the phone was an Apple iPhone, and as we’ve said so many times before with honest mistakes such as this: you’d be forgiven for thinking that way.

Where the honor 7 featured an all-metal body and design with edges that had been rounded down, the honor 8 now has a full glass unibody that really just screams out “Hey, I’m elegant!” Everything about it the phone is so incredibly smooth to the touch, a factor which is deemed as a double-edged sword. 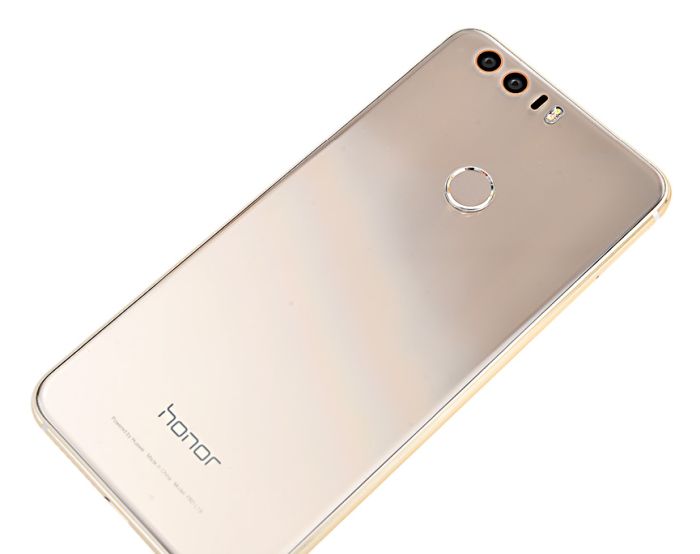 There’s a very outward, in-your-face sort of beauty to the honor 8. The back of it is extremely glossy and reflective, a main factor which actually contributes to the phone’s pleasing aesthetics. The Sunrise Gold version of the honor 8 (which was the one we reviewed) was nice, but the one that we thin looks absolutely stunning compared to the rest is actually Sapphire Blue. (Seriously, the Sapphire Blue is a real looker).

Even the honor 8’s 5.2-inch Full HD display is a bit of a marvel to behold. honor has emulated the rounded display edge design from several of their competitors as well as their parent company, Huawei’s own P9 smartphones. The end result is a display in which your fingers can travel from edge to edge, and the only way you’d know that you’ve reached the end is when your fingers fall actually run out of travel space.

The aesthetics don’t just stop at the front either. The honor 8 is also relatively slim, a factor which we found to be quite daunting while using it as our daily driver. The thing you must understand about phones with glossy bodies: they tend to be extremely slippery to hold, and believe us when we tell you that we had moments of panic with the phone when it tried to escape our hands at certain moments.

The other thing thatwe found to be quite irritating (or disgusting, if you’re OCD or a neatnik, like some of us are)? The phone is a real fingerprint magnet. With colors like Pearl White, it’s easy to ignore this little oversight, but when you’ve got solid colors such as the Midnight Black or even Sunrise Gold, that little oversights actually gets amplified by several levels. 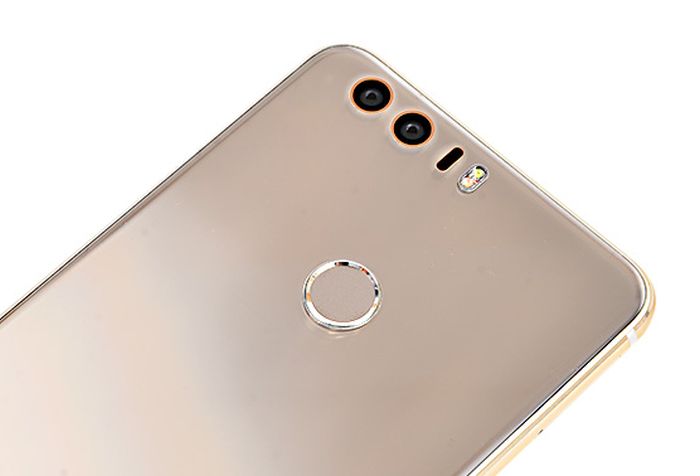 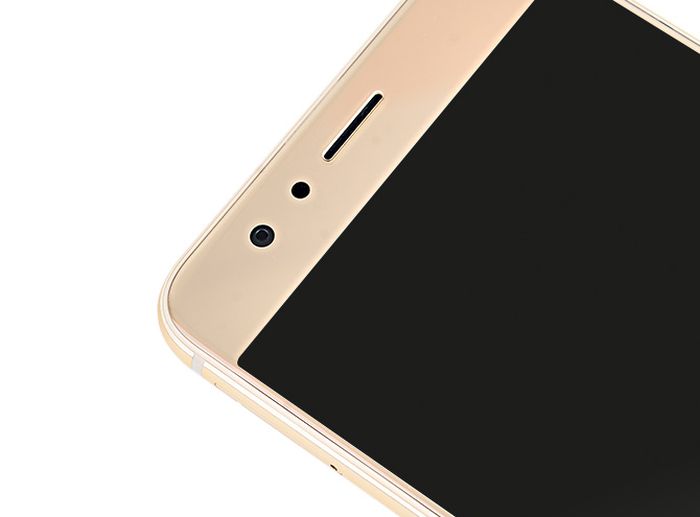 Of course, what really makes the honor 8 a phone worth talking about is the dual 12MP RGB main camera system that was first introduced with the Huawei P9 and P9 Plus, and a sensor which we had the pleasure of testing out in our review back in June. To be fair, the honor 8 isn't the first phone in the brand name to be fitted with a dual camera sensor. If you'll pardon the pun, that honor goes to the honor 6 Plus, a model which first released back in 2014 and only launched in Malaysia back in 2015. Unlike the honor 6 Plus, however, the new dual camera system on the honor 8 uses an RGB and monochrome sensor that was never present with its predecessor. Of course, we can’t leave out the phone’s 8MP front-facing camera, which we’ll definitely have pictures for you to see in our camera performance page a little later in this review. 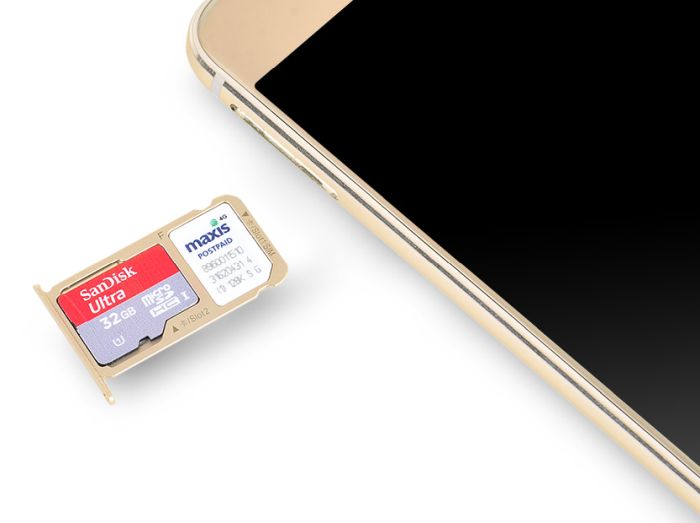 Ports wise, the honor 8 is a dual SIM card and microSD card phone, however, it uses a hybrid SIM setup, so if you’re travelling overseas and you’re in a pinch, you’re going to have to choose between storage or connectivity.

But that really shouldn’t be a problem, considering that both the standard and premium variants of the honor 8 comes with relatively sizable internal storage capacities. For the Midnight Black and Pearl White models (the ‘standard’ variants), you’ll get 32GB of storage, whereas for the Sapphire Blue and Sunrise Gold models (the ‘premium’ variants), you’ll get a whopping 64GB of storage, double the amount of the standard variant.

Of course, if you’re not planning on using two SIM cards and find the default internal storage capacity to be meager, you could simply opt to expand it with a microSD card as big as 256GB.

Unlike the P9 and P9 Plus, the honor 8 is rocking Huawei’s own proprietary Hisilicon Kirin 950 SoC. While it’s not exactly the Kirin 955, rest assured, the Kirin 950 is definitely more than capable of holding its own, especially since the phone is fitted with a healthy 4GB of LPDDR4 RAM to help it run your everyday apps, files, and programs.

Powering up the phone through its day-to-day activity is a 3,000mAh battery, which is surprisingly far longer lasting than we had initially perceived it to be. Again, we’ll talk about the performance levels in the benchmarks and performance page.

Surprisingly, honor decided to future-proof the honor 8 with the new USB Type-C port, which allows for fast file transfers between the phone and PC. On top of that, the port also supports Quick Charging, a godsent feature which gave us back a little more than 30 percent of battery life for just 15 minutes worth of charging. 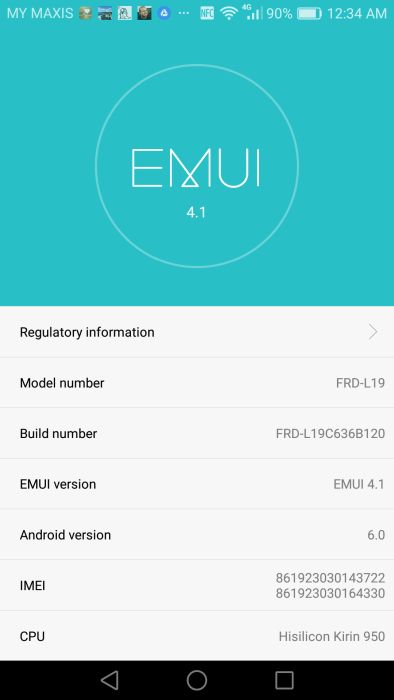 As with all flagship models, the honor 8 runs on Google’s Android 6.0 Marshmallow OS and the updated Huawei EMUI 4.1 Graphical User Interface (GUI). For those who’ve used Huawei or honor phones, EMUI 4.1 is slightly different from other GUIs in that it doesn’t actually have an apps drawer. Rather, the apps are all placed directly on the main page once they’ve downloaded and installed. In a sense, the feature and app mechanism is a homage to Android’s biggest rival, Apple and its own proprietary closed-ended iOS.