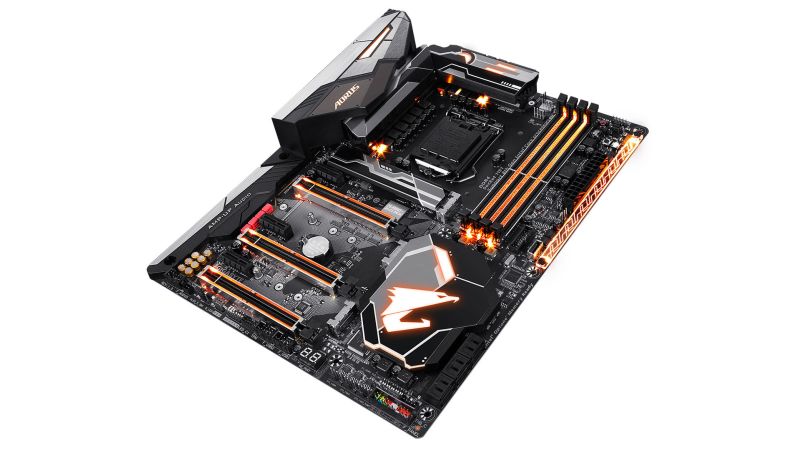 Looking back, it’s both interesting and a little difficult to digest the fact that it wasn't that long ago when Intel was still pitching for its 7th generation Kaby Lake CPUs and Z370 chipsets.

In the case of PC component vendors like Gigabyte, the memory of having attended the launch of the company’s then new Z270X AORUS gaming motherboards still sits quite fresh in our memory (after all, the company only held the seminar back in June). We even did a review of one of these boards in January this year.

Fast forward till a few days ago, and the company officially announced its new Z370 motherboards for the new generation of Intel CPUs. In lieu of that announcement, Gigabyte was kind enough to send us the Z370 AORUS Gaming 7 motherboard for testing.

We bet you're asking the question right now: "What are the major differences between the (not that much) older Z270X motherboard and the new Z370 chipset?"

The honest-to-goodness truth to that question is: "Not much." 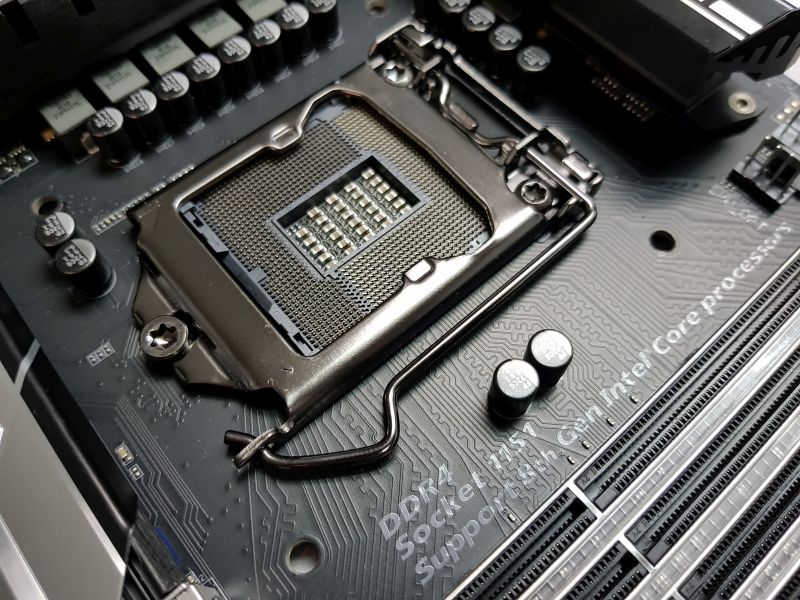 This is because the period of deployment between the two chipsets aren’t that far apart. If we were to put it in another way: The new Z370 AORUS Gaming 7 is a Z270X motherboard that’s been updated with the newer, more efficient, Z370 chipset for Intel’s new 8th generation Coffee Lake CPUs.

Like all consumer-oriented gaming motherboards, the Z370 AORUS Gaming 7 has four DDR4 RAM slots that support 64GB of memory, three M.2 slots (from our observation, only one slot seems to have a heatsink), and enough of those reinforced PCIe 3.0 slots that are capable of supporting two-way multi-GPU configuration, either in NVIDIA’s SLI or AMD’s newly-christened mGPU setup. Not to worry: the Z370 AORUS Gaming 7 also has three SATA Express connectors and eight SATA 6Gb/s connectors for your conventional storage drives. 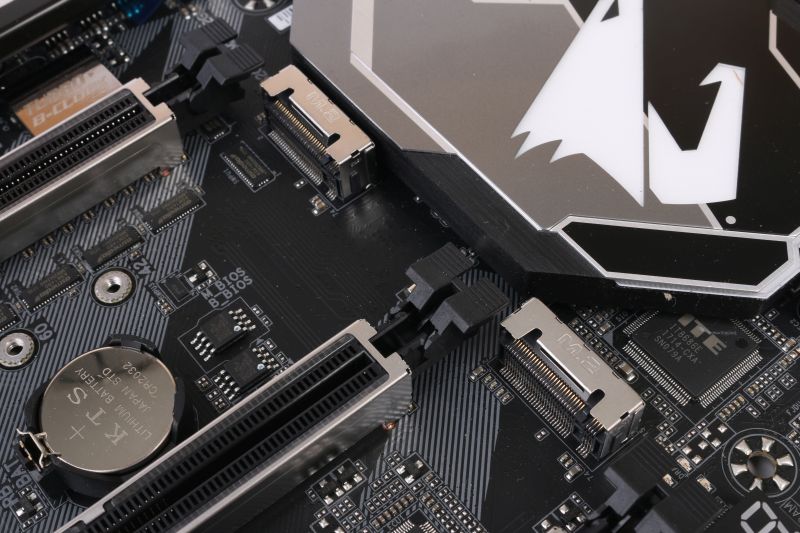 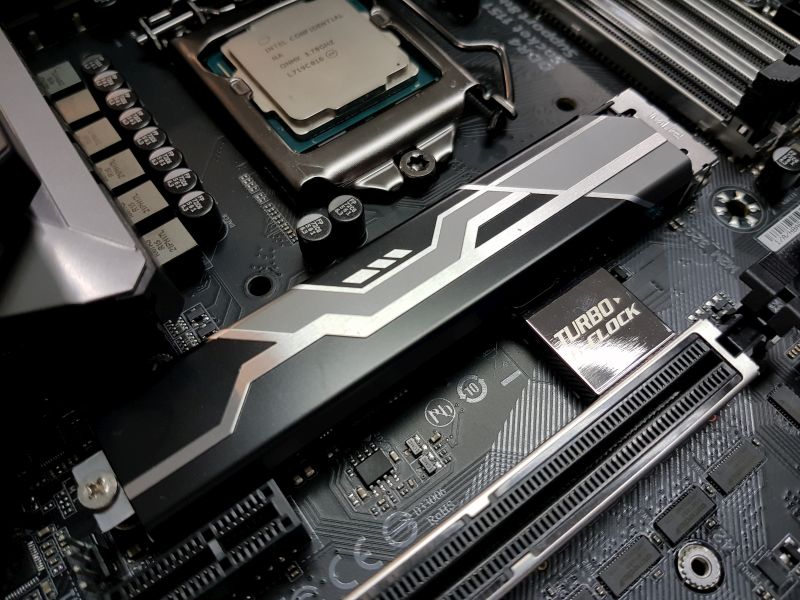 Touching a little further on the M.2 slots, it should be pointed out that the new Z370 AORUS Gaming 7 is also Intel Optane Memory ready.

Like its predecessors, the Z370 AORUS Gaming 7 also sports the same Turbo B-Clock function that allows users to easily overclock the CPU with just a couple of clicks of the mouse via on-board BIOS. 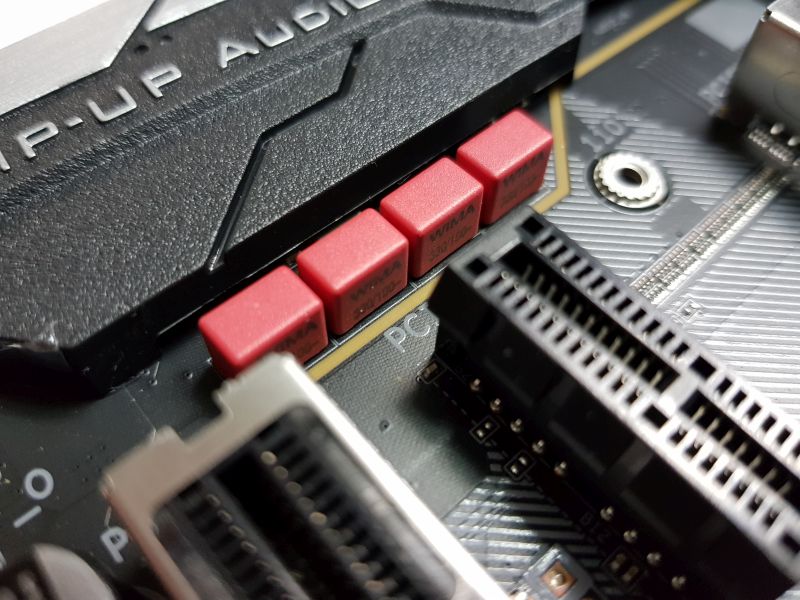 Even the on-board audio engine is still the same, featuring identical ESS Sabre DAC, high-quality Nichicon Audio capacitors, and those bright red WIMA audio capacitors that really stand out on the motherboard. 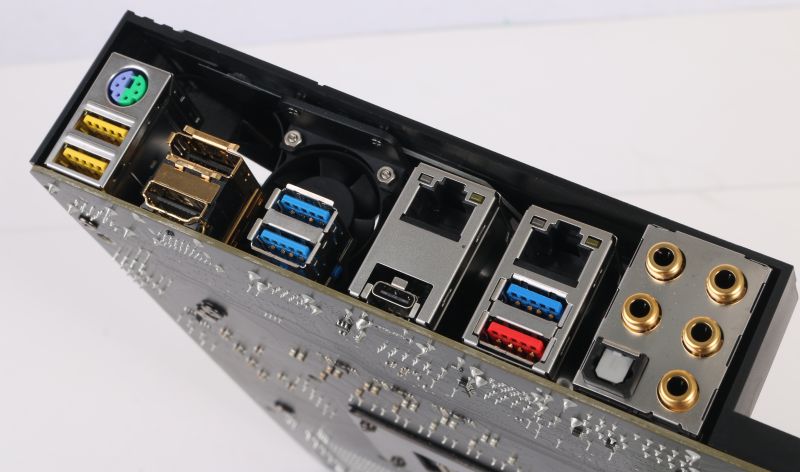 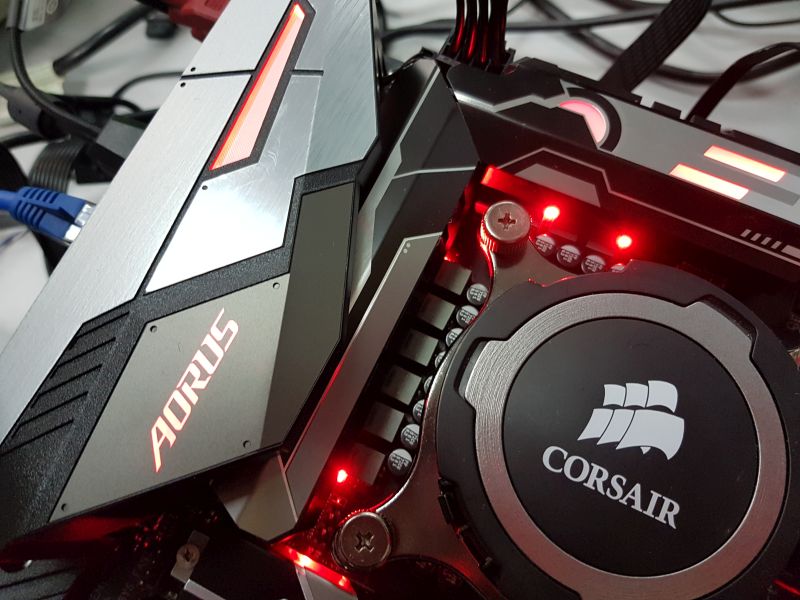 RGB Fusion is, as always, a prevalent feature on the motherboard, and as advertised on the company’s official page:

“AORUS Gaming Motherboards will support either 5v or 12v digital LED lighting strips and up to 300 LED lights. RGB Fusion with Digital LEDs comes with nine new patterns and various speed settings with more to come.” 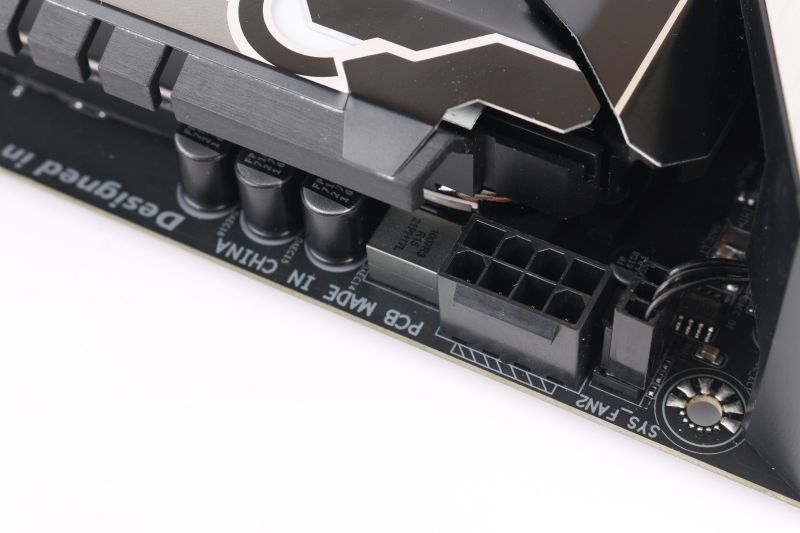 Powering up the CPU only requires a single 8-pin power port, and given the prowess of the new Intel Coffee Lake CPUs, we’re actually quite excited to see what kind of numbers we’ll be able to pull from this motherboard.