Fresh from Computex Taipei 2006, we've got our hands on a sample of Gigabyte's new 'high-end, mainstream performance' Intel P965 motherboard, the GA-965P-DQ6. Confused? Let us explain. Intel's newly launched 965 chipset family (codenamed Broadwater) is actually a follow-up successor to the current 945 Express line. The major differences that the 965 series would bring is optimized support for the Core 2 Duo processors up to a 1066MHz PSB as well as officially increasing DDR2 memory speeds to 800MHz (the older 945P Express only supported DDR2-667). However, the 965 family will only support single PCIe x16 GPU configurations, leaving the 975X Express as the enthusiast alternative with multi-GPU CrossFire capabilities. The 965 and 975 chipsets will exist alongside each other, so that puts the P965 squarely into the mainstream segment as far as Intel's road map is concerned. At the moment, only the P965 discreet desktop variant is available, while Intel will follow up soon with the G965 that will feature a new GMA core as well as Intel's Clear Video Technology. 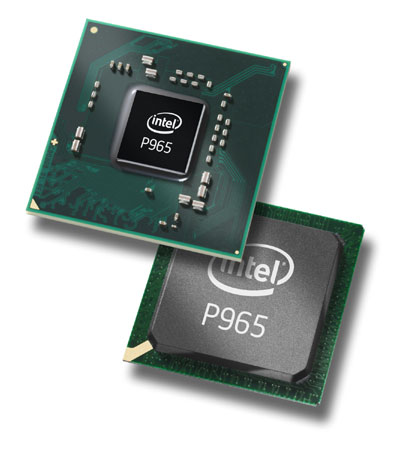 The major new feature of the P965 would be its reworked MCH architecture with Intel Fast Memory Access (FMA) technology. FMA is another memory latency, access and bandwidth optimization built into the controller to help improve system performance, similar in concept to the Memory Pipeline Technology that is available on the 975X Express. However, there is some intelligence built into FMA such as Just In Time Command Scheduling and Opportunistic Writes, which monitors and optimizes all pending memory access to utilize idle cycles more efficiently and safely allow overlapping commands onto the memory bus. The MCH even supports Out of Order Execution for on-the-fly reordering of memory requests.

With the P965 launch, Intel has also complimented it with a new I/O controller hub, the ICH8 Southbridge family sporting several improvements over its predecessor including ten USB 2.0 ports with an additional EHCI controller, Gigabit LAN MAC (finally!) and up to six SATA 3.0Gbps ports with eSATA drive support. As usual, there will be an R (RAID) version with Matrix Storage Technology and AHCI support plus a DH (Digital Home) version with the Viiv stack. Other versions in the pipeline would also include the DO (Digital Office) version with TPM support, La Grande and Active Management technologies. 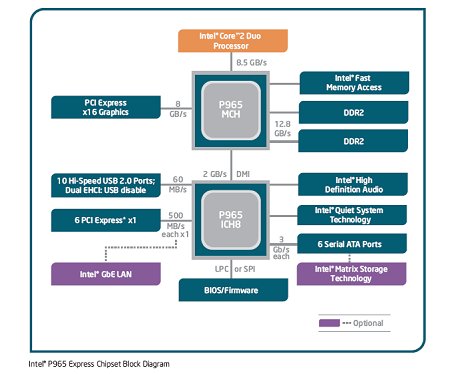 The two most significant changes to the ICH8 family, which would affect end-users is the axing of IDE and AC'97 support altogether. We for one, are at a crossroads of what to think about the loss of IDE since there are still many storage devices today that support the interface, especially optical drives. AC'97 removal on the other hand is a step forward. Users can now be guaranteed that motherboards equipped with the ICH8 Southbridge will feature HD Audio at the very least with HDMI interface support.

If you've read our Computex Taipei 2006 coverage, you'd also have seen that Gigabyte has a whole range of P965 and G965 motherboards ready for launch. The GA-965P-DQ6 just happens to be the flagship of the whole series. Even though the P965 is a mainstream chipset, Gigabyte built the GA-965P-DQ6 up as a top-end motherboard with a host of new features, which they are marketing as their 6-Quad design. 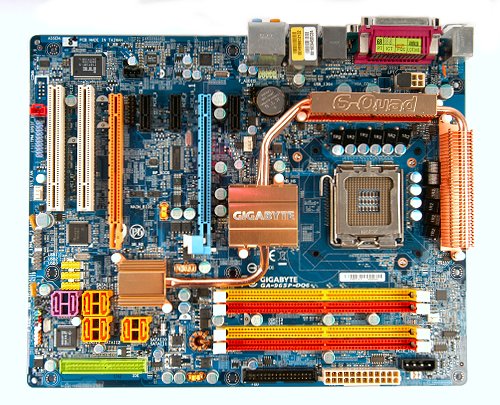