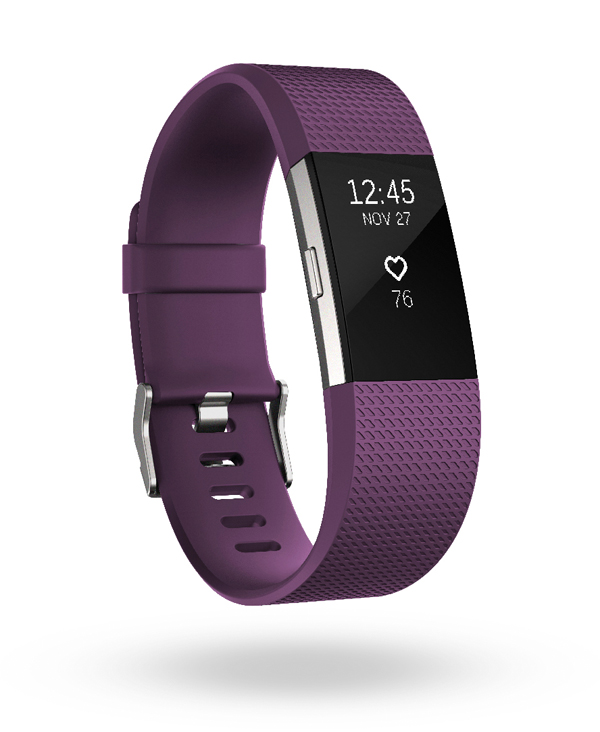 Fitbit has successfully grown to become a company that’s synonymous with fitness trackers, not surprisingly, since the San Francisco-based company has been actively releasing new and improved iterations of their trackers over the past couple of years. In fact, the International Data Corporation (IDC) has even dubbed them the “undisputed leader in the wearables market“ for shipping more than 4.8 million wearables in the first quarter of 2016.

Not wanting to lose their momentum, Fitbit introduced the Charge 2 just last month, the successor to the highly-popular Charge HR, which has been around since October 2014. It’s priced at RM730, but yet it shares very similar features as its more premium siblings, the Surge and Blaze, which both have a slightly higher price tag.

Does that mean the Charge 2 has managed to strike the perfect – and ever so elusive – balance between price and performance?

There’s only one way to find out. 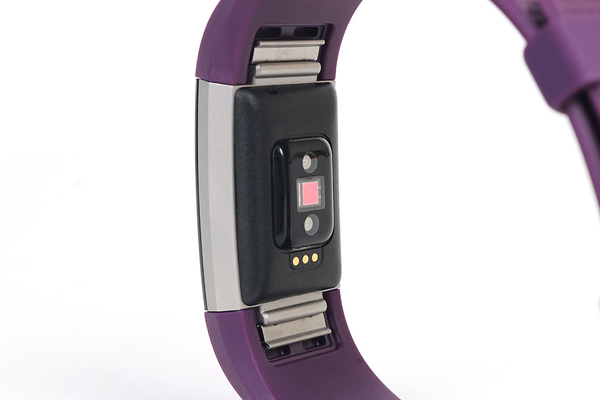 The overall design of the Charge 2 isn’t anything to rave about, in the sense that you can tell that it’s a fitness tracker from a mile away.

Gone is the tiny strip of an OLED screen that was on the Charge HR – in its place is a larger 1.5-inch OLED unit. It is touch-sensitive, but you won’t be able to casually swipe left and right to cycle through its various screens – you’ll have to tap on it instead. It’s either that, or pressing the physical button located on its side, which is also used to start and stop activity tracking when long pressed.

The silicone wristband that comes standard with the Charge 2 is interchangeable, which means you can easily have it replaced with a different colored one, or one made with an entirely different material altogether – like leather, for example.

Cosmetic intents and purposes aside, the detachable wristband also allows for easy washing and cleaning after a sweaty workout, without having to worry about damaging the tracking module of Charge 2 during the process. Yes, the Charge 2 isn’t waterproof, so you can’t just douse it under a running tap after completing a marathon to give it a good rinse. It is sweat, rain, and splashproof, however. 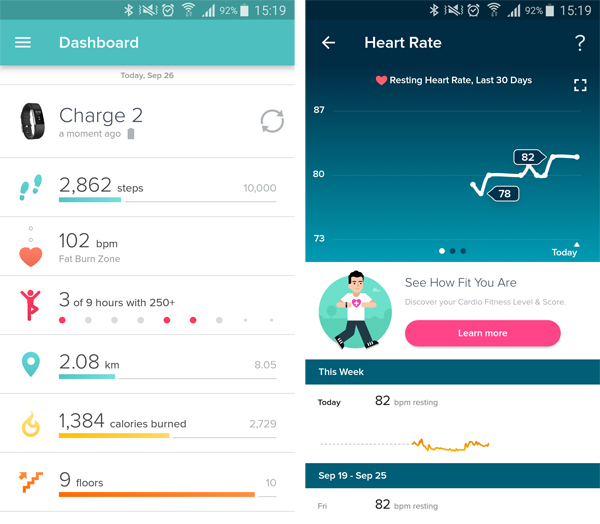 Just like every other Fitbit wearable, you will need to pair up the Charge 2 with the Fitbit app on your smartphone to be able to indulge in the treasure trove of fitness data that it’s capable of gathering.

There are a total of 19 activities that the Charge 2 can keep track of, including walking, running, cycling, golfing, tennis, martial arts, kickboxing, elliptical, and hiking. Fortunately for you, the SmartTrack feature of the Charge 2 is able to identify activities and automatically begin tracking them after a predefined period of time. 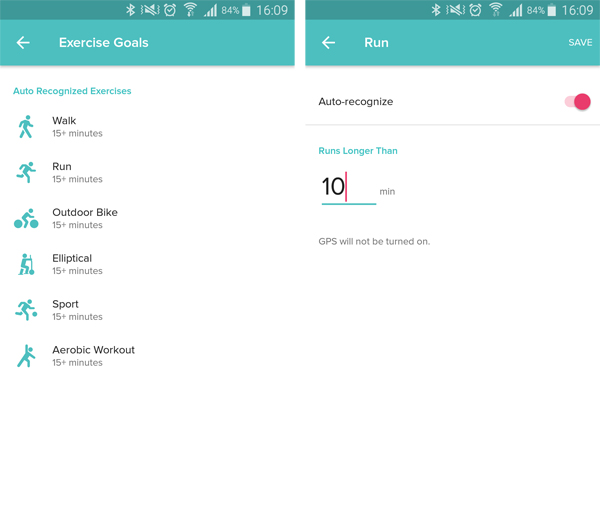 We’re happy to report that SmartTrack worked as it should, as the Charge 2 intuitively started monitoring the various metrics of our run – including distance, average heart rate, calories burnt, and pace – 10 minutes after embarking on it. You can adjust the detection time according to your personal preference, with 10 minutes being the minimum, and 90 minutes being the maximum.

But do bear in mind that because the Charge 2 lacks an integrated GPS module, it will need to rely on the one within your smartphone to have the route of your run plotted onto a map. If you’re not particular about it, you’re free to leave your smartphone at home, and have the Charge 2 sync up with it post-run. 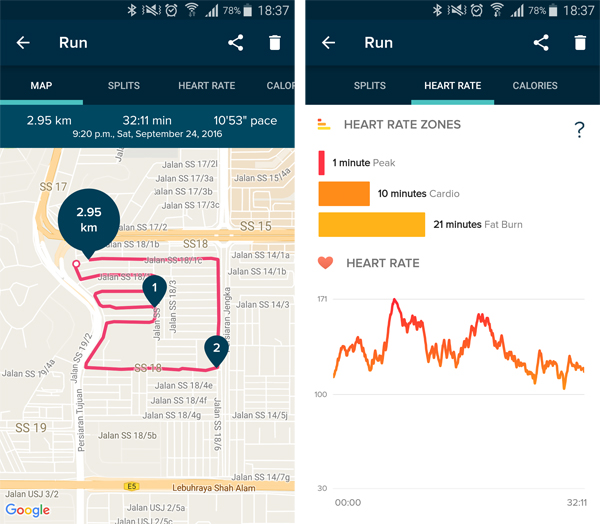 As far as accuracy is concerned, like most fitness trackers, you can trick the Charge 2 into believing that you’re walking by simply waving your hand up and down vigorously as though you were trying to wipe a stubborn stain off a window panel. Of course, when you’re not intentionally trying to fool the system and are actually taking a walk, a single footstep is almost always registered as such.

Its wrist-based PurePulse heart rate monitor is pretty accurate too. While we don’t have the necessary medical tools to know for certain, we did use the rudimentary method of placing our index and middle fingers on the artery on the side of our neck, counting the number of beats we felt in 10 seconds, and multiplying the number by six to get our total heart beats per minute.

More often than not, the final number would tally with the one displayed on the Charge 2. Even if it misses the mark, it would be by a very slight margin. 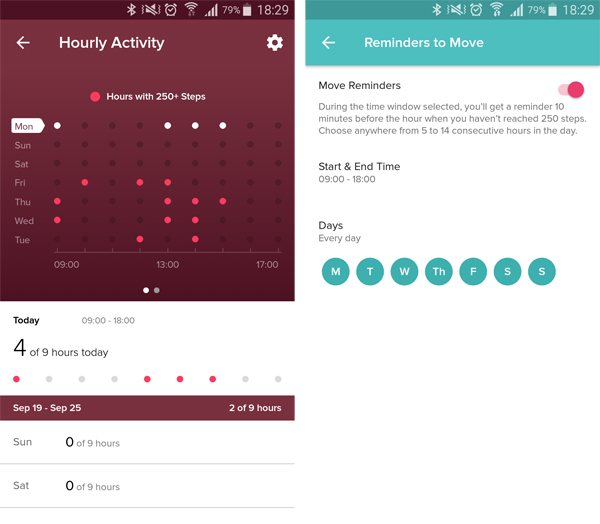 When you’re not busy running like the wind, the Charge 2 will automatically track the amount of steps you make in a day along with your heart rate in the background. As it's a well-established fact that sitting down for too long is actually detrimental to your health, the Charge 2 will also remind you to get up and walk every hour throughout the time window of your choosing, in hopes that you would meet your hourly activity goal of 250 steps. 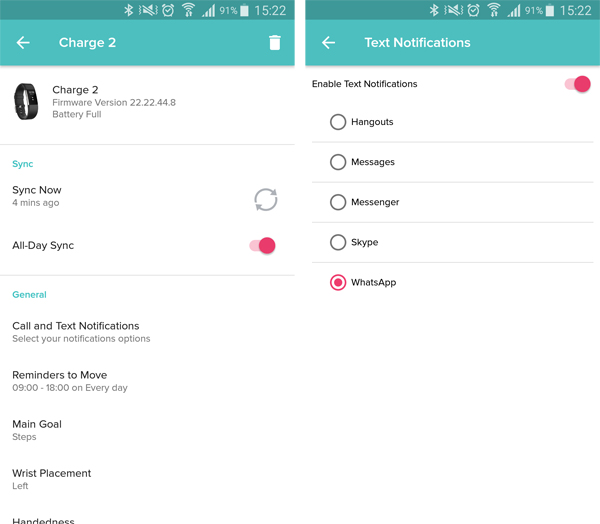 The battery life of the Charge 2 is very impressive. We only needed to charge it once after using it for an entire week, primarily to push notifications and to tell the time. Naturally, you can expect its battery life to be shorter if you’re going to be regularly using it to track your vigorous activities for extended periods. But even so, you definitely won’t be needing to recharge it every other day as you would your smartphone. 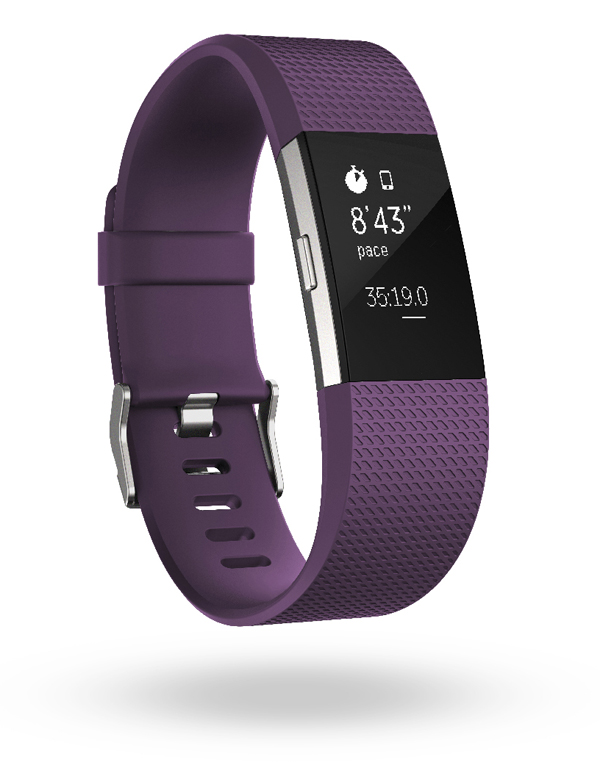 The Fitbit Charge 2 is without a doubt one of the most comprehensive fitness trackers that you can buy for less than RM1,000. It has a wrist-based heart rate monitor that works accurately, and it can track the metrics of almost every single exercise activity that you throw at it.

Sure, it might not have a full-fledged touchscreen like the Surge or the Blaze, but it’s not necessarily a bad thing, as we really appreciate how lightweight and comfortable the Charge 2 is to wear, even after the course of an entire day.

What we would say is the only shortcoming of the Charge 2 is its lack of a built-in GPS module. Yes, this can be addressed by bringing your smartphone along with you for your exercise activities, but serious athletes would probably not appreciate having their smartphone bobbing around in their pants pocket, or strapped around their arm while they’re busy doing their thing.