First unveiled at E3 2010, the Nintendo 3Ds is a handheld gaming console that enables you to enjoy stereoscopic 3D graphics without the need for either active-shutter glasses or anaglyph 3D glasses. When we received a review unit last month, we wasted no time in taking it for a spin and tested every aspect of the 3DS. Read on to learn more about this tiny, 3D capable handheld.

One of the first things you’ll notice about the 3DS right out of the box is that it has two cameras located on the rear of the device. These two cameras actually allow the 3DS to take 3D photos. With a resolution of 0.3 mega-pixels, the image may not be of the best quality but when viewed on the 3DS’ 3.5-inch display, the images are actually fairly crisp and vivid. 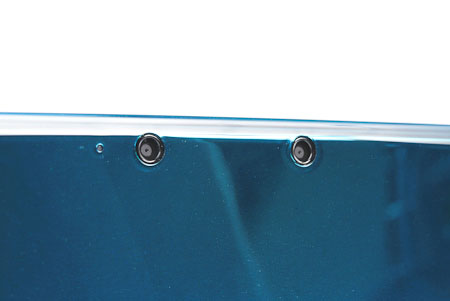 Also located on the rear of the 3DS is the cartridge slot for users to insert game cartridges; the stylus pen; the AC power port; the two trigger buttons and the infrared port. On the right of the 3DS, lies the wireless on/off switch, while on the left lies the volume slider and SD card slot. Lastly, located at the front of the 3DS is a 3.5mm jack and the power and charging LED indicators. 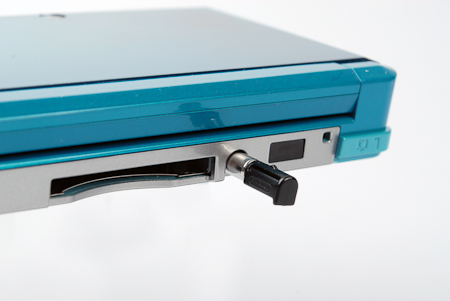 With the 3DS open, one immediately notices the differences between this device and other Nintendo DS systems. The most obvious change is the addition of a circle pad, which works pretty much as an analog stick, and the placement of the Select, Home and Start buttons in the middle rather than at the right hand side. The directional pad has been moved lower to accommodate the circle pad, while the X,A,B and Y buttons are left untouched.

Like other DS systems, the 3DS features two screens. The top screen is purely used for display while the bottom screen is a touch screen that acts as both, a display and means to interact with the game. The top screen is an LCD display capable of displaying approximately 16.77 million colors. It is 3.5 inches across with a resolution of 800x240 pixels. The best thing about this screen is undoubtedly, as mentioned above, its ability to produce 3D graphics without the need for 3D glasses. 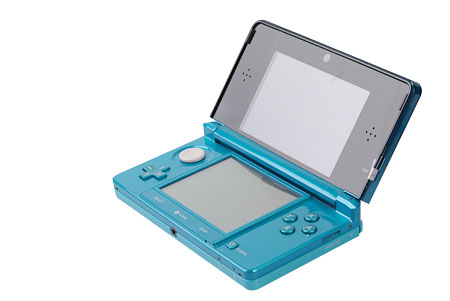 The Nintendo 3DS is a great handheld gaming console that will undoubtedly pose a serious threat to its competitors. Its glasses-free 3D graphics appeal is a truly unique feature, and a great one at that. The only thing that will determine its success (or downfall) will be the game titles being produced for this console.