Cruising Down the Freeway

While you're cruising on the roads, the last thing you'd want to do is miss an important call, just because you aren't equipped with a Bluetooth headset. But there are some who aren't too comfortable having a Bluetooth headset plugged into their ears. If you belong to this category, in-car Bluetooth speakers such as the Jabra Freeway could be a likely alternative. The Freeway boosts a 3-speaker design, virtual surround sound, and you can pair up to two Bluetooth devices to it at the same time. According to Jabra, the battery can last up to 14 hours of talk time or up to 40 days of standby time. 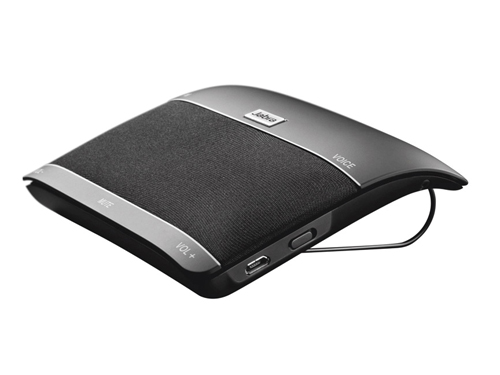 A strong wire frame is attached to the rear of the Freeway, and provides a tight grip onto the sun visor. Removing this wire frame isn't an option, though we see no reason why anyone would want to. The noticeably curved design of the Freeway also ensures that it fits nicely to the vehicle's sun visor. Along the matted curve body, you'll find the talk button, with the FM and voice buttons flanking its sides. This is followed by the speaker, and the volume buttons sitting alongside the mute button. 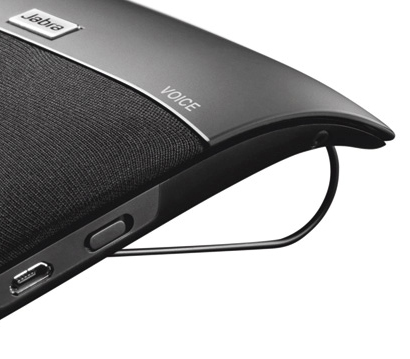 The Freeway's strongest appeal comes from its hands-free functions. With specific voice commands preloaded, you can handle incoming calls by saying "answer" or "ignore". Alternatively, pressing the talk button, which sits right at the edge of the curved design, also suffices. Default voice commands to pair and make outgoing calls to your contacts are provided to provide a truly hands-free operation. Getting the Freeway to recognize your commands, however, can be frustrating at times.

What impressed us during our run with the Freeway were its impeccable voice clarity and high battery mileage. There was also minimal background noise that interfered a conversation. After a week of use and calls clocking up to a total of 30 minutes, the Freeway still had 80% of its prior charge remaining. This high battery mileage is of no surprise: unlike typical Bluetooth headsets, the bigger-sized Freeway is fitted with a larger battery. Another reason would be the motion sensor that puts the Freeway to sleep whenever the vehicle is motionless. 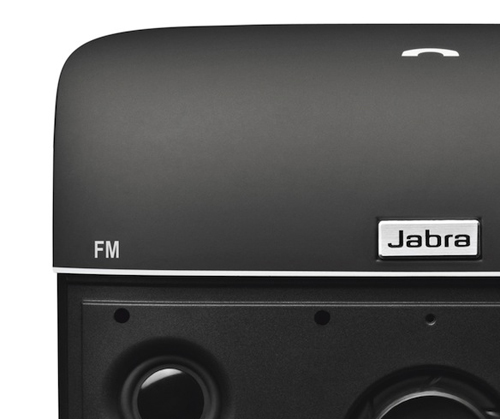 Beyond its Bluetooth telephony function, the Freeway also acts as a Bluetooth speaker. In addtion, it comes with an FM transmitter, allowing you to stream music from your mobile device, through the Freeway, to your car stereo. On its own, the Freeway's speakers did the job sufficiently well for calls and audio playback. Its FM transmitter, however, has a few kinks to work out with regards to reception and clarity.

So for the driver who's comfortable with having his phone conversation heard by the rest of the passengers, the Jabra Freeway's hands-free options and voice clarity definitely bring much to the table. Its high battery mileage, above-average voice quality (thanks to its dual-microphone, noise cancellation system), motion-sensitive on/off function, and a little bonus feature in the form of an FM transmitter justify its retail price of S$198.