Even though AC1900 routers have been around for at least the past two years, the fact is that very few devices are actually able to fully maximize the wireless performance of these routers. This is because even today, very few mobile devices actually come wireless receivers that supports 3x3 spatial streams. Out of all the devices that we have tested, only the new 13-inch MacBook Pro with Retina Display comes with a wireless receiver that supports 3x3 spatial streams. Most mobile devices today only support 1x1 or 2x2 spatial streams, which in turn translates to a maximum wireless transfer rate of 433Mbps for the former and 867Mbps for the latter - short of the maximum 1300Mbps that AC1900 routers offer. 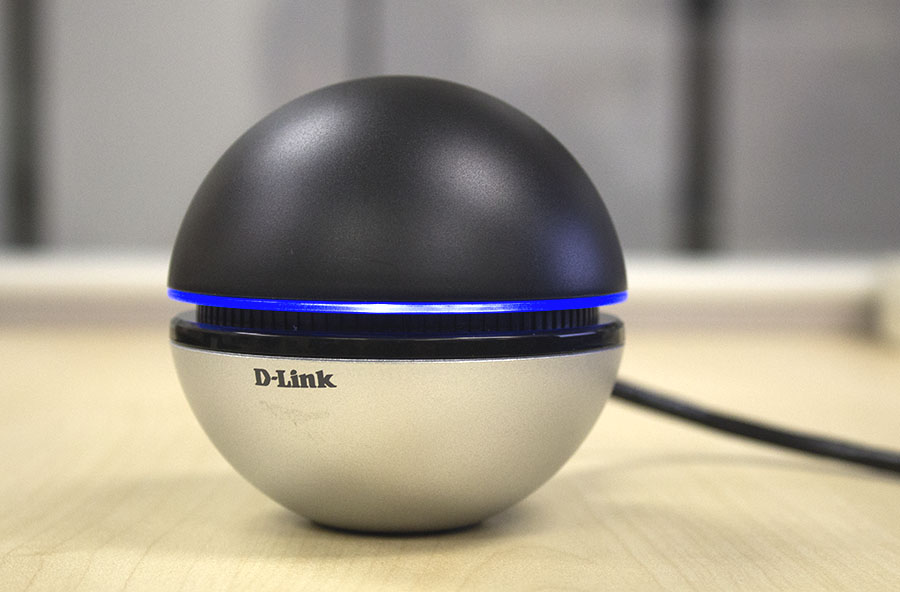 What this really means is that the performance of AC1900 routers are not fully realized. Remember, unless the router supports MU-MIMO and connects to MU-MIMO compatible clients, it can only transmit and receive data from one client device at a time. As a result, the “excess” 433Mbps transfer rate that occurs when an AC1900 router connects to a 2x2 client device actually goes to waste.

Worst of all is that up until recently, there wasn’t any good way to enable full AC1900 levels of connectivity. For most hardcore users, the only viable workaround was to get a second AC1900 router and have it function as a wireless adapter. It’s pricey, but not an elegant solution.

Fortunately, there’s a much more simple solution and it comes in the form of D-Link’s DWA-192 AC1900 dual-band USB 3.0 adapter, which also happens to be the only AC1900 wireless USB adapter available in the market right now. 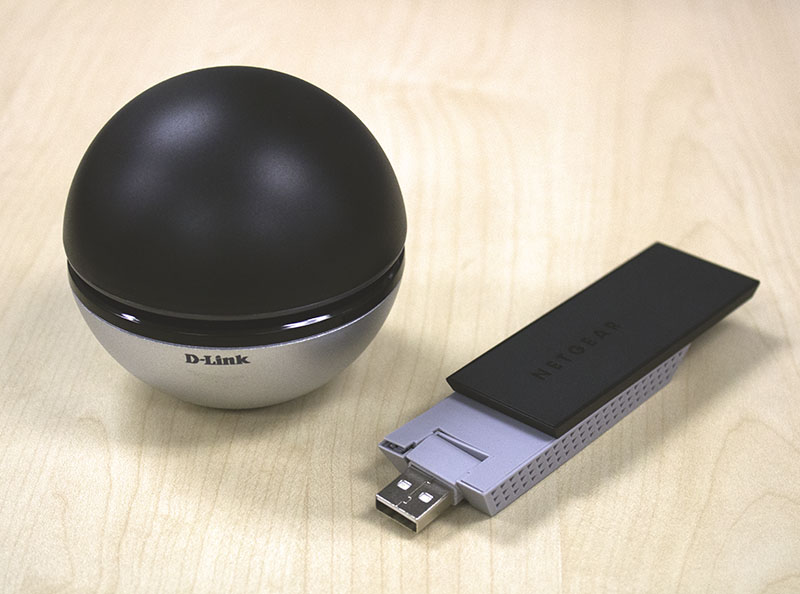 The first thing that strikes you about the D-Link DWA-192 is its looks. It’s certainly not a stretch to say that it looks like a miniature Death Star, and it’s easily one of the more interesting wireless USB adapters we have seen. That said, this design does have a major drawback: it’s a tad cumbersome to use, and the bundled USB cable is very long, thus making the entire device not very portable. Desktop users probably won’t be too bothered by it, but we are guessing notebook users who demand some form of mobility will be put off by having to constantly carry the D-Link DWA-192 around like it’s a little ball.

Consider also that most wireless USB adapters are designed to look and work just like USB flash drives - simply plug them into your system's USB port and they are good to go - and it becomes clear just how much more cumbersome the D-Link DWA-192 is. Fortunately, if you find the cable to be too long, the good thing is that it uses a fairly standard USB 3.0 micro-B plug, so it shouldn't be too hard to find a shorter replacement. 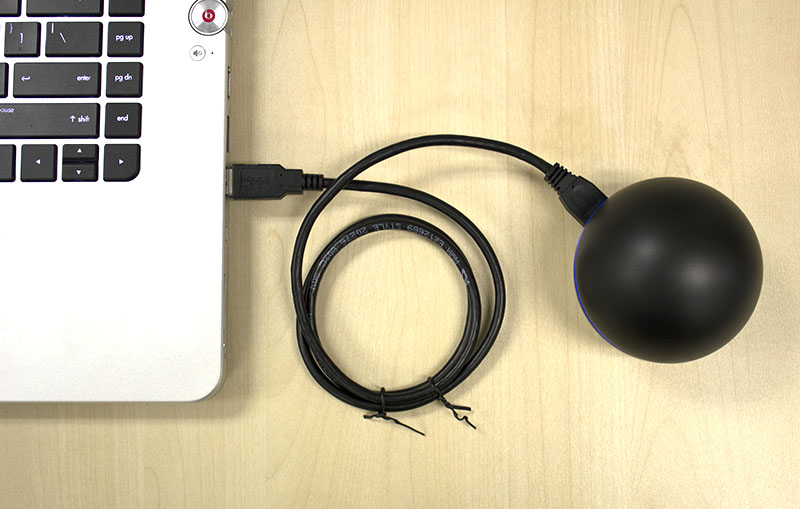 Still, we do appreciate the D-Link DWA-192 for its simple design. Behind, users will find a micro-USB 3.0 port, a status LED button and a WPS setup button. That’s all there is to it. A ring of light that runs the entire circumference of D-Link DWA-192 serves as a status indicator. A solid blue light means that the DWA-192 is connected to the network, while a blinking blue light means that it is connected to the computer. The status LED button that we mentioned earlier allows users to turn off this indicator, should it become too distracting. 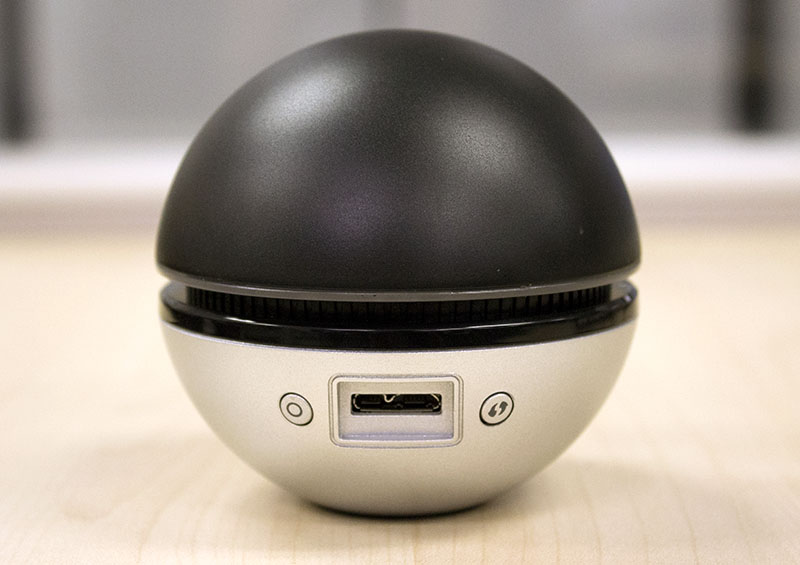 Setting the D-Link DWA-192 up was a little confusing mostly because it doesn't light up the first time you plug it into your system like you think it would. The provided quick-start guide doesn't explain why the device doesn't light up either. It was only after some research that we discovered that the LED status indicator only comes on after the device's drivers have been properly installed. In any case, what you should do is take the bundled setup CD and install the setup software from within. The DWA-192 will light up and start blinking once the drivers are installed.

Note, however, that it is a mini CD and you cannot use it with slot-in disc drives. You can also download the setup software from D-Link’s website, but obviously that will require your system to have some sort of connection to the Internet first. And finally, though the setup software is available for Macs, it doesn’t support the latest Mac OS X 10.11 El Capitan, which is really odd.

Of course, one could use the WPS setup button for quick connection setup, but we would definitely recommend users to use the software method, at least for the very first time because it will ensure that the device is updated with the latest firmware.