Beats by Dr. Dre Studio Headphones - From the Studio to the Streets

When hip-hop and rap maestro Dr. Dre created the ‘Beats by Dr. Dre’ brand, he wanted to impart an aural experience that most people have never enjoyed with regular headphones: music in its original and most powerful form, yet deep in bass and crisp to the last detail. With the Beats Studio High-Definition Powered Isolation Headphones, the true sound of music – as it is heard and conceived by artists in the studio – is now accessible to the masses wherever they are – in-flight, on their iPhones, or at work on their own workstation.

The cream of the crop in Beats’ line of high-performance headphones, Beats Studio, was designed for professional and everyday use, catering to individuals who work with audio daily, as well as audiophiles who enjoy good music. Said to boast one of the most incredible headphone speakers ever made – the result of three years of R&D effort – Beats Studio prides itself for its combination of extra-large speaker drivers and a high-power digital amplifier to deliver that extra aural oomph. 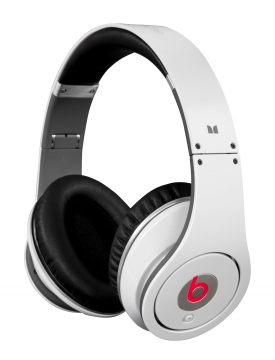 Straight out of the box, Beats Studio looks relatively minimalistic with its modern design. Besides its thin glossy frame, which gives it a sleeker, more stylish appearance compared with other conventional over-ear studio headphones, Beats Studio is also foldable, as the ear cups can be tucked inward for compact storage in the included hard, elliptic-shaped touring case. In addition to that, the extendable headband offers click feedback, locking the headphone firmly into place with each adjustment. 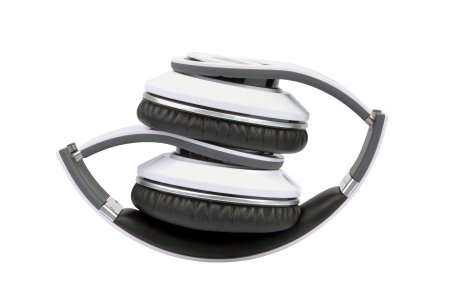 Accompanied by two male-to-male 3.5mm audio cables – one in red called the Advanced Monster Cable (with Quadripole 4 twisted construction), which claims to provide better balance and clarity to the audio, and another in black called the Monster iSoniTalk iPhone-enabled cable – Beats Studio is built for users on the go, whether they are on a portable media player or on their phone. Because the cables are detachable and separate from the headphones altogether, replacing them is easy, which is particularly useful as headphone cables often tend to be the easiest damaged. This also makes for convenient swapping for those looking to use a cable longer than the standard 1.3m issue, although we find that its length is already more than adequate for use with the regular media players and laptops. 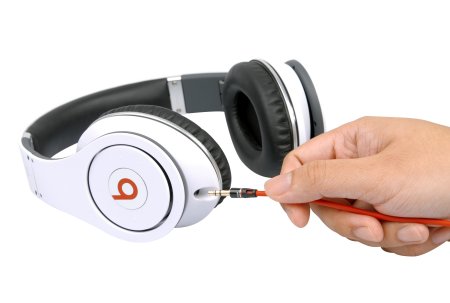 The Monster iSoniTalk cable comes with a built-in microphone and answer button – a welcome bonus if you’re using the Beats Studio with your iPhone. Quality of both the headphones and mic during calls are good, and we did not have to hold the mic closer to our mouths, unlike claims that have been made by other reports online. Besides answering calls with the cable, it can also be used with iTunes on the iPhone or iPod touch, allowing you to play and pause tracks at the touch of a button. 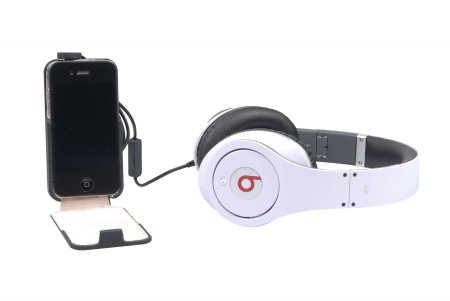 When it comes to comfort, the headphones are luxuriously soft and light. The spacious ear cups fit snugly, cupping one’s ears so fully that it almost seems as if they’ve entered a vacuum devoid of all external noise. It must be said that while the ear cushions are comfy, they can get a little warm at times after extended periods of wear, but this is just a minor setback compared to the fact that once you have a pair of Beats Studios on, you don’t even realize that you’re wearing them at all.

Then, there’s the matter of how they actually sound…

When we review audio devices, we try our best to push the limits of the headphones by testing them with a diverse array of soundscapes to assess how well they adapt to different sounds. This allows us to come to a more balanced and accurate conclusion about the product.

As Beats Studio is intended to be used for music – with portable media players, as well as the plane’s in-flight entertainment system – we will be testing them with CD and MP3 test material. For music, we used a standard-issue laptop to test both MP3 and CD tracks, the latter of which has been ripped to FLAC to ensure no loss of musical fidelity. In addition to music, we have also taken the liberty to include movie testing for a more complete take on the product.

We would like to remind our readers that everyone has different musical and sonic tastes, so your preference for headphones may vary. Nevertheless, we strive to be as objective and neutral as possible when reviewing and rating the headphones. With that, here is the full list of testing material we used: