It's been a while since we last heard from ASUS, particular on the mobile front. That silence was broken during CES 2014 earlier this year, when the Taiwanese company announced not one, but three new ZenFone models: the ZenFone 4, ZenFone 5, and the ZenFone 6. However, we're not going to be touching on all three of them. As the title suggests, our attention in this article is focused squarely on the middle child of this new ZenFone family: the ZenFone 5.

Since the release of the PadFone Infinity, ASUS has been entranced by the beauty and subtlety of the simplicity and elegance of the device. From brushed and circled aluminum back covers to plain, elegant and simple matte-plastic covers, ASUS has mercifully managed to get the idea and design of their phone right.

The ZenFone 5 is yet again, another testament to this philosophy: in our hands, we found it to be a perfect blend of matte-plastic and glass, folded neatly together into this 5-inch device. Again, the simplicity factor screams out loud from the ZenFone 5. The phone was built using a clean minimalist design and doesn't sport any other buttons beyond the usual power button and volume rocker on the side of it. Even the top and bottom of the phone speaks the same language: the top shows off the 3.5mm jack for your earphones, and the bottom of the phone only has a mic and a micro-USB port. Nothing else. 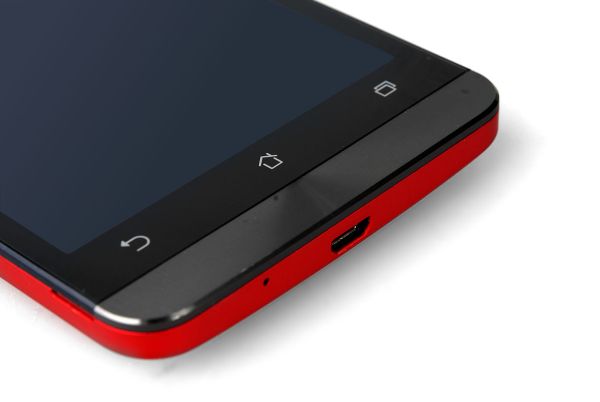 At the front, ASUS opted to install capacitive buttons at the bottom of the display, rather than making them part of the UI, like most other smartphone manufacturers are doing. Even better is how powerful the haptic feedback from the buttons are whenever you touch them. Seriously, it's that powerful. 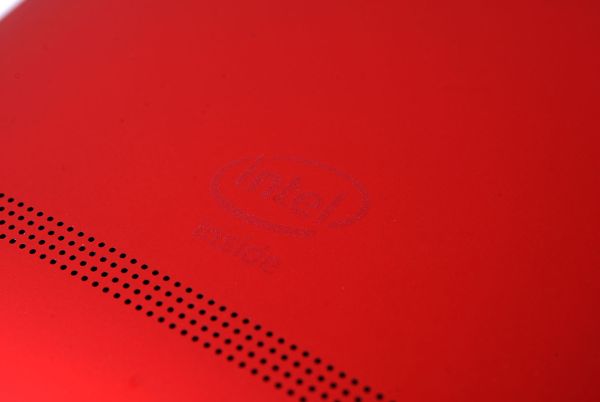 Instead of going together with the Snapdragon flow, the good people at ASUS opted instead to fit the ZenFone 5 with a dual-core Intel Atom processor, specifically, the Clover Trail+ SoC. Apart from the processor, the ZenFone 5's also has 1GB of RAM. As for internal storage capacity, this particular model that we examined had 8GB of internal storage. At first glance, you'll think that the ZenFone 5 is just one, whole device that was built along the lines of a non-removable battery. Well, yes and no. Yes, the 2,110mAh battery is non-removable. No, the ZenFone 5 isn't exactly one whole device. To be precise, its matte-plastic cover can actually be removed. To us, this is one of the ZenFone 5's well thought out design; once removed, the phone reveals two separate microSIM card slots that serve its dual SIM card purpose. Shift your focus to the top right corner and you'll notice the conveniently placed microSD card slot, which ASUS promises to give you an additional 64GB storage for your phone, if you ever feel that you need more than just the on-board phone's storage. Regarding the ZenFone 5's display, we found it a bit disappointing that ASUS had opted not to fit in a full HD display on it. Instead, what you get is a 1280 x 720 pixel resolution screen, which is very noticeable when you actually fix your gaze to the screen. Don't get us wrong: images and words still retain a degree of clarity and sharpness, but regrettably, they just don't appear to be as crisp as you would get on a phone with a Full HD smartphone. Still, the ZenFone 5's display is still packing a pixel density of approximately 294ppi, so it's not exactly a lightweight in the pixel department. 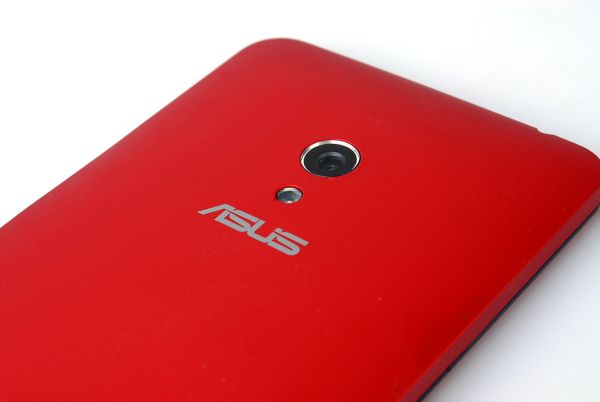 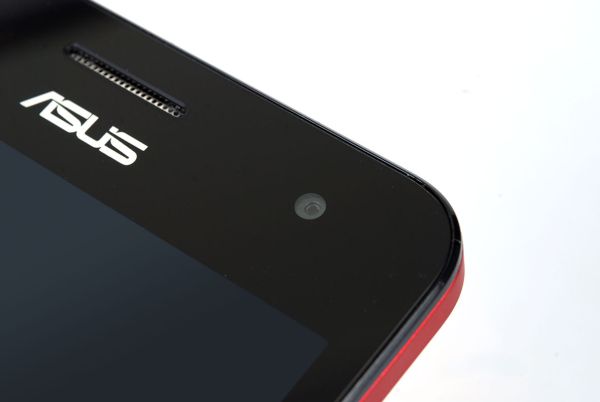 The cameras on the ZenFone 5 are as you would expect from a mid-range smartphone. At the front, the ZenFone 5's front-facing camera is fitted with a 2MP sensor, and at the back, you get what we would consider an industry-standard 8MP sensor with the standard LED flash. In terms of performance, the rear camera isn't really anything out of the ordinary. Again, this is a mid-range smartphone, so you can't really expect very much out of it. However, ASUS has made up for this by providing it with what we think are professional settings that you would usually find on a DSLR camera. What's interesting about the camera UI, however, is how they've allowed us to choose the size and sensitivity of either camera. Yes, believe it or not, that front-facing camera can actually be tweaked according to preference, especially if you're a fussy photographer. Additionally, the phone also has some options that allow you to choose the ideal preset that suits the moment. So regardless of whether you're taking a selfie, or if you're trying to make an outrageous GIF file, don't worry, the ZenFone 5 can do all that. 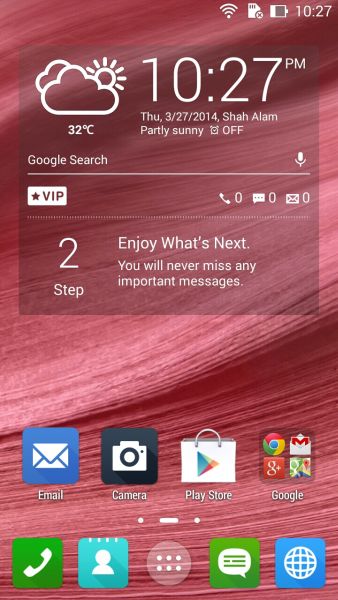 Again, as with most other smartphone companies, ASUS definitely wants their smartphone's UI to stand out from the rest. HTC has their SenseUI, Samsung has TouchWiz, and Sony their Xperia UI: ASUS has ZenUI.

Ever since the company announced it alongside their new phones, we've actually been wanting to play around with it to see if it really is as intuitive as they say it is. We're glad to report that we weren't disappointed. In a few words, the new ZenUI is extremely snappy. The ZenFone 5 snaps between windows almost in a blink of an eye, and the time it takes to load an app tells the same story too. One of our favorite widgets is the weather widget, which not just displays the current weather and temperature in real-time, but also what time the sun will set and rise. Couple that with a wind speedometer, forecasted precipitation and a rainfall intensity meter, and we were going ecstatic  about the widget.