Below are the usual suspects of components that we use to test out the Strix GeForce GTX 1050 Ti:

As with the previous GeForce GTX 1050 Ti, we benchmarked the card against a Sapphire NITRO RX 460 OC, AMD’s own entry-level GPU which launched several months prior.

Our benchmark programs and game titles are the same, and are as listed below:

Of course, the question we wanted answered was: does the Strix GeForce GTX 1050 Ti overclock as well as the Expedition? The answer is, sadly, not quite as much, even with the presence of a power port.

With ASUS’ Expedition variant of the card, we had no problems pushing that card’s core clockspeed well above and 280MHz, and it handled itself like a champion. Unfortunately for the Strix GeForce GTX 1050 Ti, we couldn’t even get past the 140MHz barrier, and that was with the inclusion of a 6-pin power port. At this point, it’s easy to dismiss the card, but it’s important to note that one of the reasons that the card isn’t as overclockable is because straight out of the box, the Strix GeForce GTX 1050 Ti OC Edition already comes with a base clock that has been factory overclocked at 1,390MHz, a solid 100MHz more than its Expedition cousin.

Keeping that point in mind, we can at least say that the card did perform as well, if not better in our synthetic benchmarks and in certain game titles than the Expedition. At Full HD and with each game title’s graphics setting maxed out, the card practically blitzed through all of the titles and benchmarks, far surpassing the NITRO RX 460 OC in practically single title. Even the temperature levels of the Strix GTX 1050 Ti were significantly lower than the NITRO RX 460 OC. 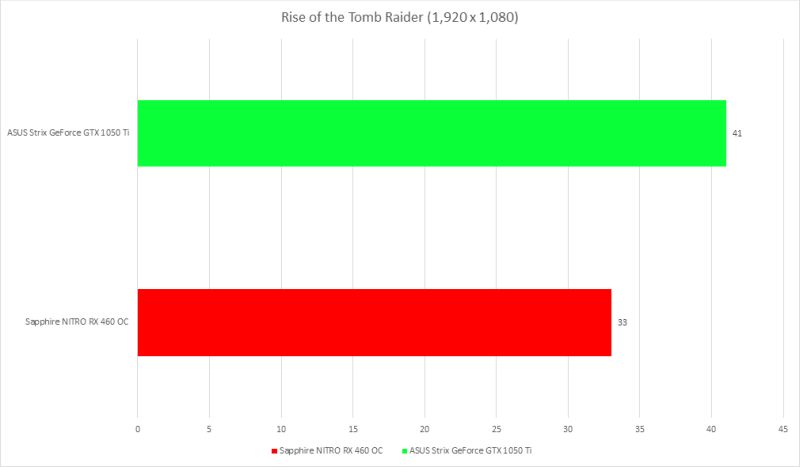 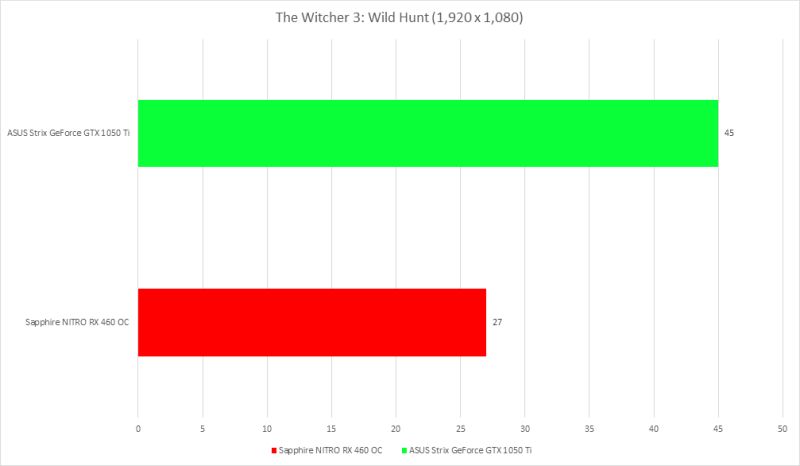 Initially, we were actually hoping that the ASUS Strix GeForce GTX 1050 Ti OC Edition would be significantly more powerful than its cousin that we tested out nearly a month earlier.  But even with the addition of a power port to help churn that much needed voltage into the card, the numbers weren’t quite what we had hoped for.

But that being said (and before you jump the gun), the Strix GeForce GTX 1050 Ti OC Edition is without a doubt more powerful than the Expedition GeForce GTX 1050 Ti, even if it’s only by a small margin. On top of that, for just RM869, the card’s fighter jet aesthetics is also far more pleasing to look at. Oh, and if we haven’t already mentioned it, the card’s fans are silent enough that they even when working on a full load, they’re not as noticeable as some other cards on the market.