Remember when we tested out ASUS’ Expedition GeForce GTX 1050 Ti last month? Of course you do.

Throughout our extensive testing of the card, we showed you just how much NVIDIA wasn’t messing about with the redefinition of the entry-level graphics card. At Full HD resolution, the card soared through our benchmarks, and with games, there wasn’t anything that it couldn’t run either at the title’s highest and/or second highest graphics setting.

The biggest cherry on the icing, however, was how it was able to do that at clockspeeds that we had dialed up, without the presence of a PCIe power port.

Impressed with the card, we got in contact with ASUS and asked them if it was possible for them to send us the Strix version of their GTX 1050 Ti, just so that we could satiate our curiosity of whether or not this entry-level NVIDIA Pascal GPU could be pushed further with the presence of a power port. Naturally, they said “Yes.”

Like all Strix graphics cards that were released this year, the Strix GeForce GTX 1050 Ti features that same wicked looking, polygonal cooler shroud that's accented with a Strix emblem that lights up. The LEDs in the emblem are RGB LEDs, and this means that you can customize them to glow any color you like, as long as you've downloaded the ASUS Aura Sync software. The LEDs can also be adjusted to either stay static or to glow in a certain fashion. The card has two ball-bearing fans that also utilizes ASUS’ own zero RPM power-saving technology that essentially keeps the fans idle until the card’s GPU bypasses a specific temperature (usually 52 degrees Celsius and above). 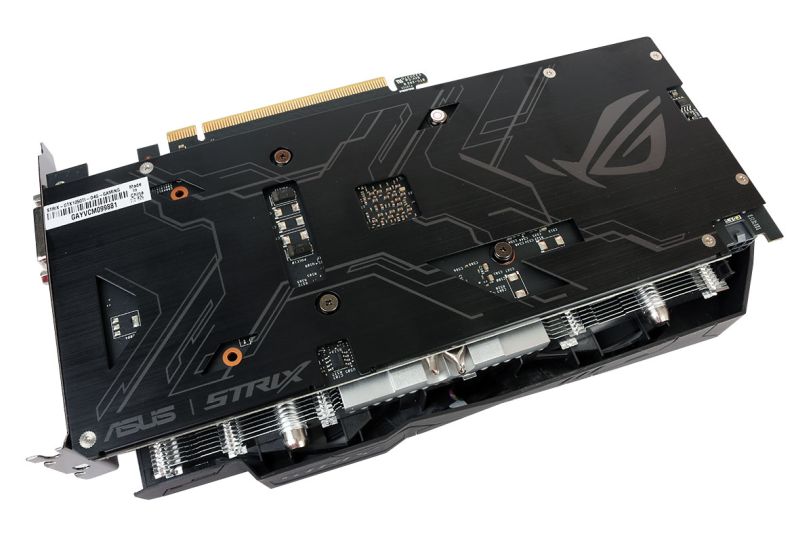 The aesthetics of the card is further enhanced with a stylish backplate that is covered with the several patterns that lend a hand towards the card's impressive and sleek look. 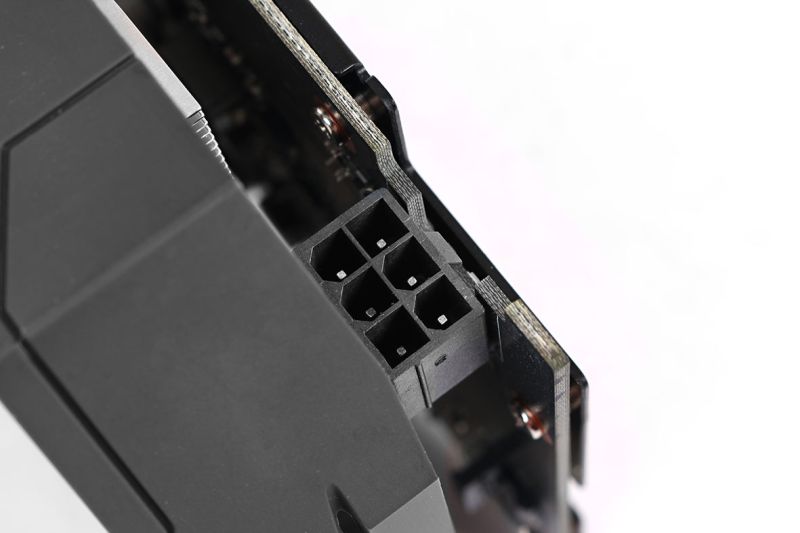 What makes this particular ASUS Strix card different from cards like the Expedition GeForce GTX 1050 Ti is the inclusion of a 6-pin power port. While NVIDIA has stated that you won’t actually need a power port in order to run the card, its presence gives a bit of solace, knowing that there there is a means to push more voltage through the card when needed. In the case of port connectivity, the card has not three, but four output ports. These ports consists of a DisplayPort, an HDMI port, and two Dual-link DVI ports.