ASUS ROG Zephyrus review: A gaming notebook with a lot of attitude 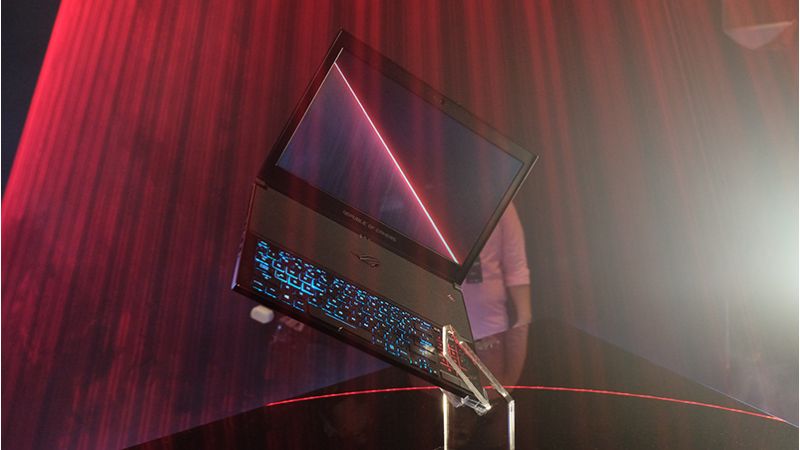 When we first laid eyes on the ASUS ROG Zephyrus, it was first shown on stage by none other than ASUS’ own CEO, Jonney Shih, during COMPUTEX 2017.

While notebooks powered by full-sized versions of NVIDIA’s GeForce GTX 10 series GPUs aren't exactly groundbreaking, what made the Zephyrus stand out among the crowd was the nature of it: an ultra-thin gaming notebook, packed with NVIDIA’s more power-efficient GeForce GTX 1080 with Max-Q Design.

Truly, the Zephyrus is ultra slim, powerful, and both hauntingly and mechanically beautiful to look. But, is this notebook the dream machine that gamers are vying for?

We weren't joking when we said that the Zephyrus is really, really slim. If we must do a comparison, the thin factor actually reminds us of MSI’s own GS63VR gaming notebook, which we reviewed a year back. 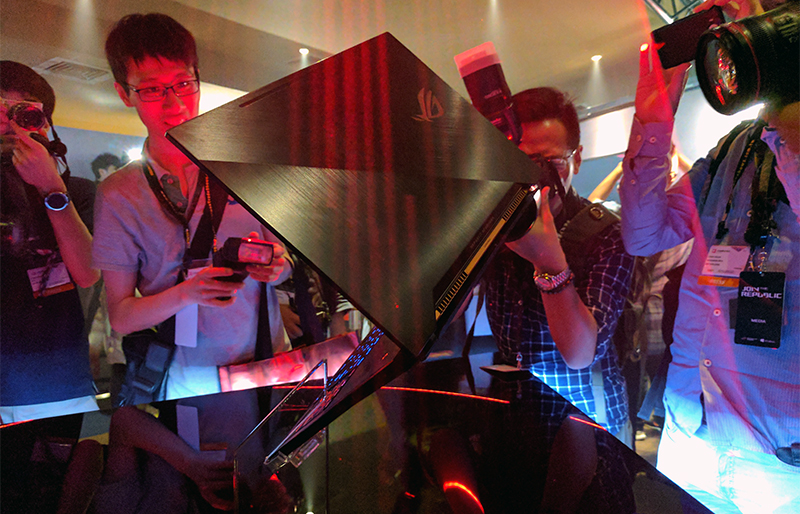 In its unopened state, it looks very unassuming, save for its brush metal design and ASUS’ big red ROG logo that's stamped in the center. 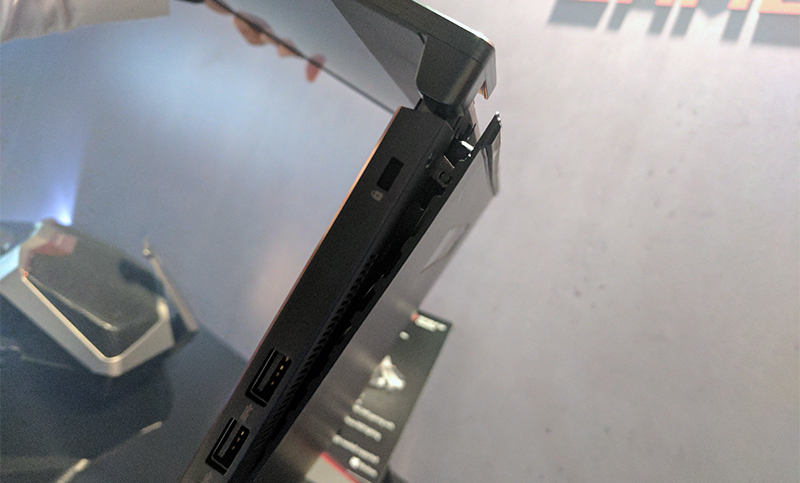 The transformation begins the very minute you open it. By lifting up the screen, the bottom of the Zephyrus automatically opens up at the back, elevating the machine a few inches up from the ground. The reason behind this design? You guessed it: to exhaust the air out of the back of the machine, and in a very stylish way.

And then there’s the layout of the Zephyrus’ keyboard. Rather than keeping square in the middle of where the notebook’s guts are, it’s shifted and nestled right at the bottom half of the slate, with a specially designed trackpad/numpad situated right next to it. The top half of it is where all the hardware is housed. 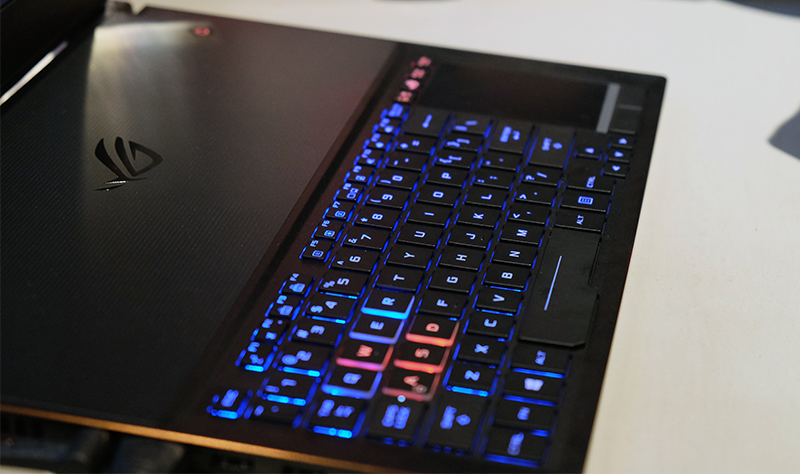 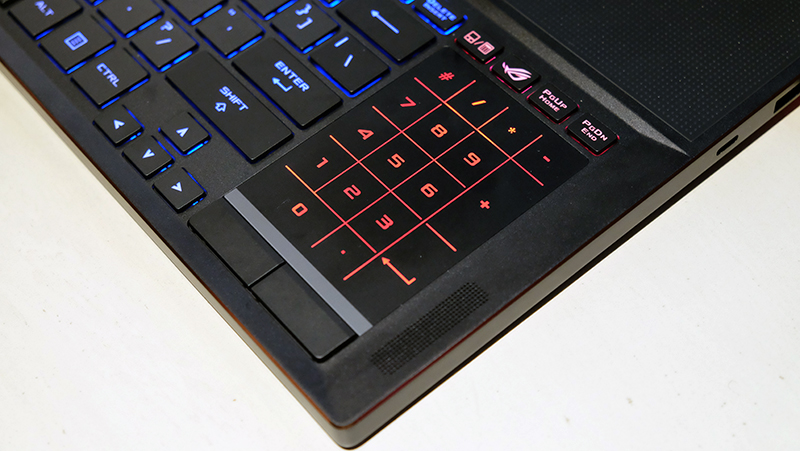 This design is reminiscent of Acer’s own Predator Triton 700 gaming notebook, but if we’re honest, we think that it’s a very impractical design. Usually, a notebook is something that you’d want to be able to place on your lap when you sit (if you’re not at a desk), or on top of your tummy (if you’re laying down on bed).

The keyboard’s placement on the Zephyrus just makes these age-old acts of convenience exceedingly difficult to perform, and that means it’s relegated to only be used on top of a desk. Still, a saving grace would be that ASUS does provide a wrist rest with every Zephyrus, to reduce any chance of pronation or supination in your wrists.

Clearly, ASUS intended for this notebook to be a really portable gaming machine.

Moving forward to the subject of its hardware, here’s an overview of the mighty Zephyrus’ specifications:

Because we’ve already written about the ROG Zephyrus at length with a hands-on article during its launch, we’ll save you any repetition and simply redirect you there. With that said, let’s jump straight into what we really want: its performance.