Taking a Look at the TYTAN's Innards

Taking a Look at the TYTAN’s Innards

Mentioned in the previous page, the CG8890 is powered by a 2nd Generation Intel Core i7-3960X processor. This particular processor may not be the latest Intel Extreme Edition processor, but it sure provides some of the best performance money can buy. It has six cores, and 12 threads, allowing for extremely responsive multitasking action. Its base clock speed is 3.3GHz, while its maximum turbo frequency is 3.9GHz. Without a doubt, this is an impressive processor.

Although the Intel Core i7-3960X has a maximum turbo frequency of 3.9GHz, this system can be easily overclocked by pushing the button located at the top of the CG8890. Pushing this button will activate the six additional intake fans and the two exhaust fans. This is done in a rather cool (pun intended) fashion, as the intake fans mechanically unfold from the side of the chassis, while the two exhaust fans unfold from the top rear. There are two overclocking levels: 4.0GHz and 4.2GHz. According to ASUS, these numbers are achieved not by simply overclocking a single core, but all six cores. 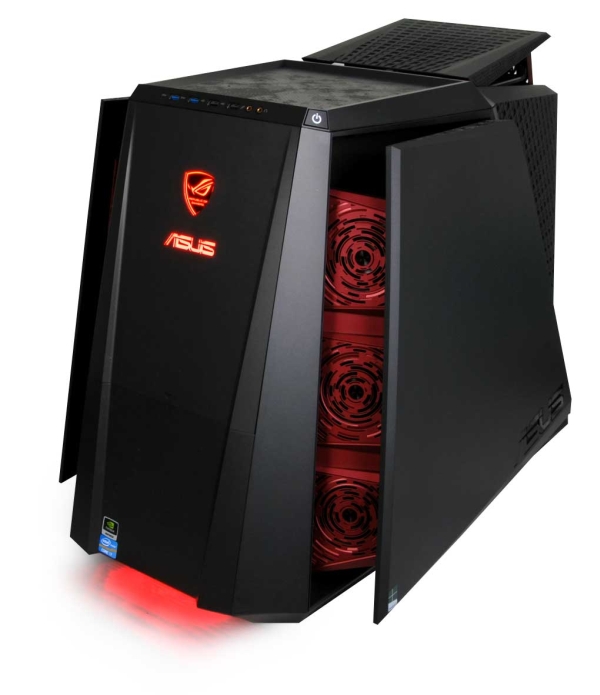 Storage is handled by a 2TB HDD that spins at 7200RPM as well as a 128GB SSD, which is where the OS is installed (Microsoft Windows 8). This combination allows for a zippy boot up and plenty of storage space. When it comes to memory, the CG8890 arrives with 16GB worth of RAM that run at 2133MHz and dual-channel configuration. With this much RAM, this system handles video rendering with ease.

To sweeten the deal, ASUS bundled the ASUS Xonar Phoebus Soundcard. This sound card is capable of reproducing audio with 118dB of sound-to-noise ratio, thanks to a powerful Digital-to-Analog Converter (DAC). For those who prefer using headphones, there’s a dedicated headphone amp circuit on this card that is capable of delivering up to 600hms of audio. 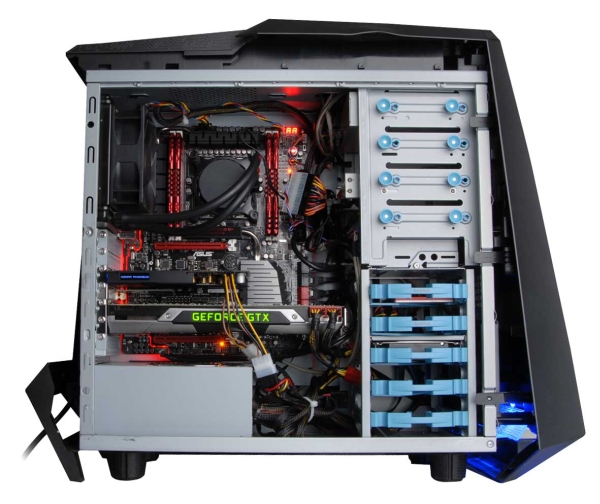 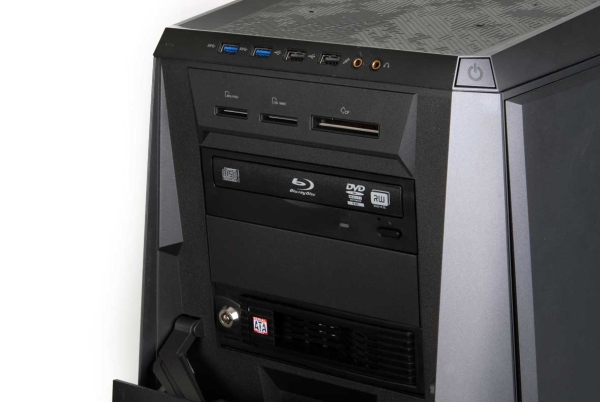