For The Gamer and Overclocker 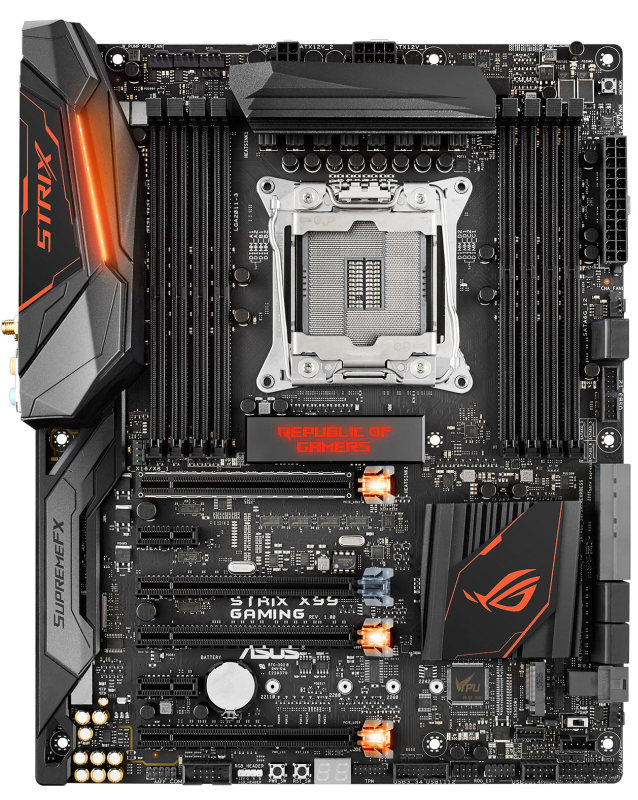 Despite its exorbitant asking price in this country, X99 motherboards are slowly, if not surely being adopted by enthusiast PC gamers and consumers who simply wish to own an Intel Extreme CPU and an accompanying motherboard simply for bragging rights.

In the case of the ASUS ROG Strix X99 Gaming, it looks as though the motherboard was designed not just for performance, but also to act as a vanity point for the gamer or PC builder who also wants the inside of his or her rig to glow all the colors of the rainbow (even if the rig itself is relegated to the darkest parts of his desk, never to see the light of day for years to come).

While the motherboard isn’t as luxurious-looking as the X99-Deluxe II, the Strix X99 Gaming is still a looker. Upon unboxing it, you’ll notice that the motherboard is actually pretty heavy, but that’s expected of a gaming-grade X99 motherboard. 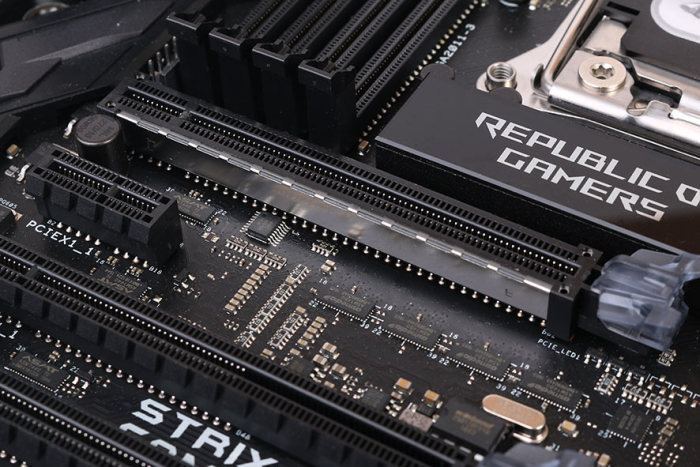 Like all X99 motherboards that were released this year, the Strix X99 Gaming can be used either with Intel’s Haswell-E or Broadwell-E CPUs, and can support up to eight DDR4 RAM modules. Specifically, you’re looking at close to 128GB of RAM with frequencies as high as 3,333MHz. That being said, this is a motherboard designed for overclockers, so if your RAM is capable of running at higher frequencies, this motherboard should be more than capable of handling RAM that actually punch through the set parameters. 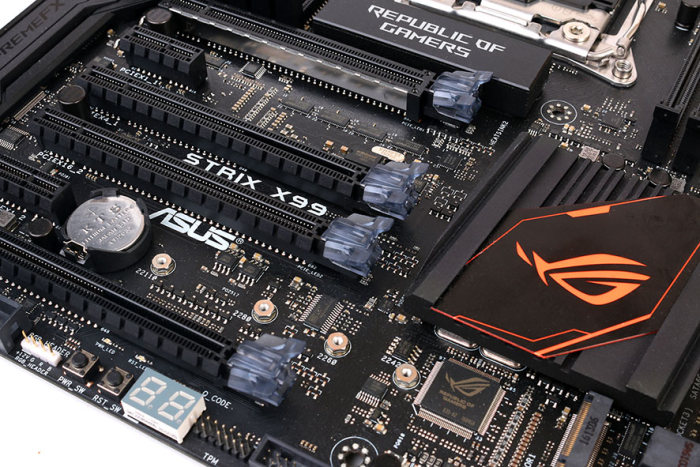 The Strix X99 Gaming also sports a black theme and motif that is punctuated with an accent of orange, which is a pretty good combination, and sets it apart from the usual red and black that the ROG series is known for. As per the norm these days, this motherboard has also got several LEDs built into it, and are wired to work with ASUS’ own Aura RGB lighting system. Unlike the X99-Deluxe II motherboard, however, the Strix X99 Gaming’s Aura RGB lighting is able to glow in pretty much any hue that the you choose, and in any tempo as well. Because of its overclocking nature, the motherboard has an 8+4 power CPU power connector designed to allow overclockers to run more power through to board in order to maintain a consistent voltage flow while pushing the CPU as hard as they can. You won’t be starved of ports or storage options either. The I/O ports at the back include four USB 3.0 ports, four USB 2.0 ports, and even one USB 3.1 Type-C and one Type-A, and that’s not even including the additional USB ports that can be derived from the motherboard’s internal connectors. Storage-wise, you’re spoilt for choice between using the SATA 6 ports, the M.2 SSD port, but more importantly, the motherboard also has U.2 connector, which gives us access to the unbelievably fast NVMe storage medium that boasts sequential read and write speeds as high as 2GB/s. 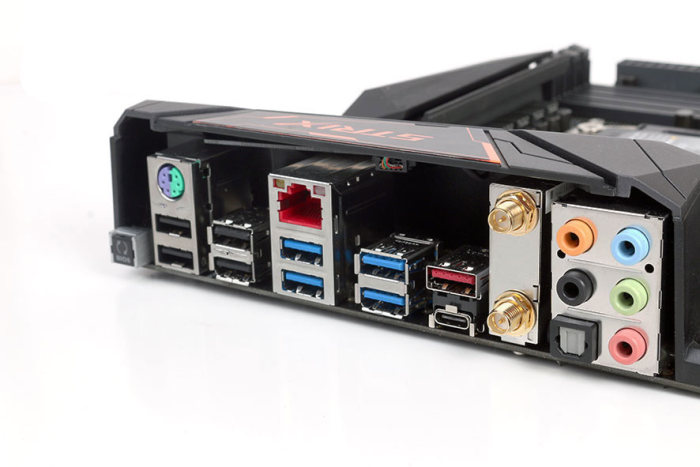 Connectivity-wise, the Strix X99 Gaming has also got wireless connectivity. It’s one of the few motherboards on the market that supports the new, more powerful, and more consistent MU-MIMO Wi-Fi technology, which we can happily tell you is really fast. The built-in audio system of the motherboard is slightly different from motherboards like the X99-Deluxe II too. Instead of Crystal Sound 3, the Strix X99 Gaming uses the Supreme FX audio system that is better suited for games in general, chiefly because of the audio system’s more superior directional audio and surround sound abilities. Seriously, playing a shooter like Far Cry 4 or Doom on this motherboard and using its sound system really helped us pin-point where enemies were.

Of course, the Strix X99 Gaming can handle a three-way multi-GPU configuration with cards from both NVIDIA and AMD. Mind you though, with NVIDIA’s GeForce GTX 10-series cards, you’ll only be able to run a two-way SLI configuration with either the GeForce GTX 1080 or GTX 1070 due to NVIDIA’s decision to limit it their SLI functionality for their new cards to just two cards.