To benchmark the card, our testbed consisted of the following:

As we do with all graphics cards, we also overclocked the card before benchmarking it. To our surprise, the card actually had a generous amount of overclocking headroom. Ultimately, we settled for an increase of 185MHz on the GPU boost, and an additional 400MHz for its memory clock speed.

Frankly, we managed to get the card’s GPU clock speed up to 200MHz, but after 185MHz, the card showed no significant improvement in its performance. So, we just left it at the latter increment.

Overclocked, the card’s performance against the Vega 56 was clearly better in the synthetic benchmarks department.

In the gaming department though, it was clear that the ROG Strix GeForce GTX 1070 Ti was still playing catch up in certain titles, and in varying display resolutions. Unsurprisingly, the card’s power consumption was significantly lower than the Vega 56 while under load. 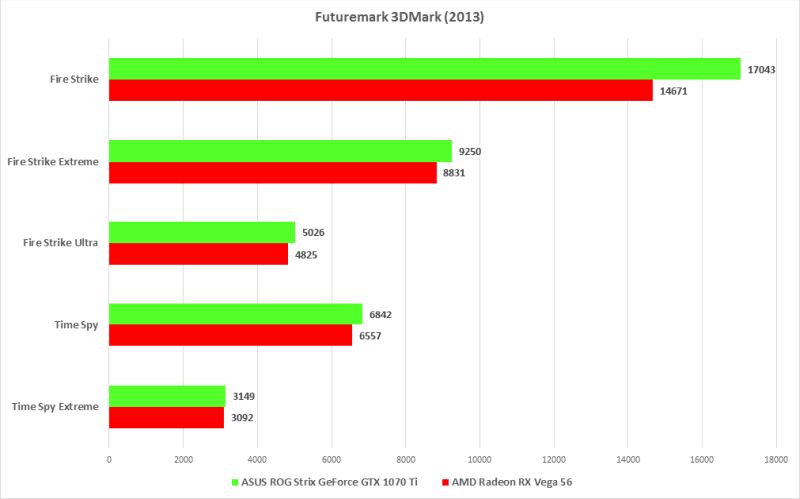 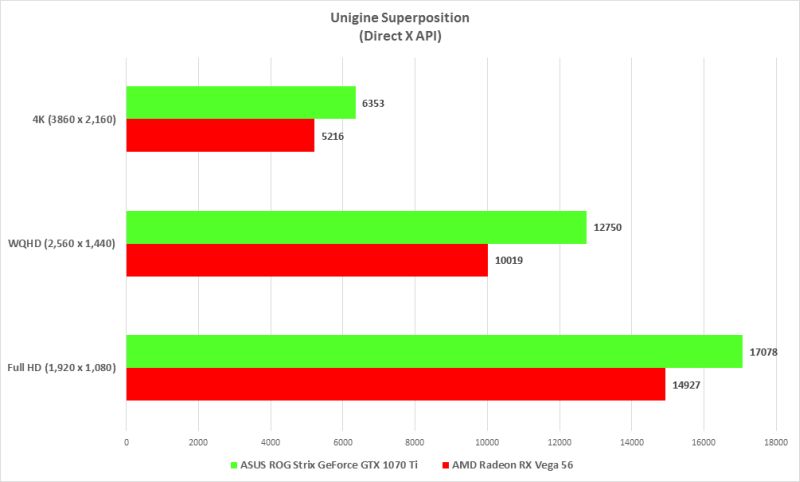 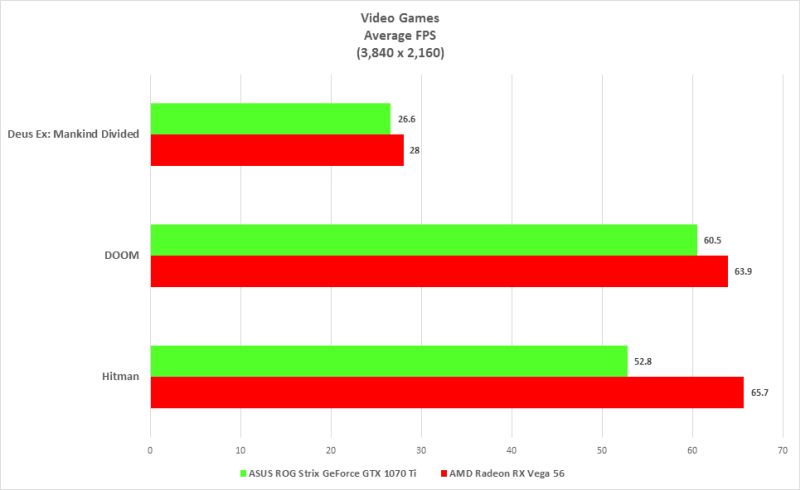 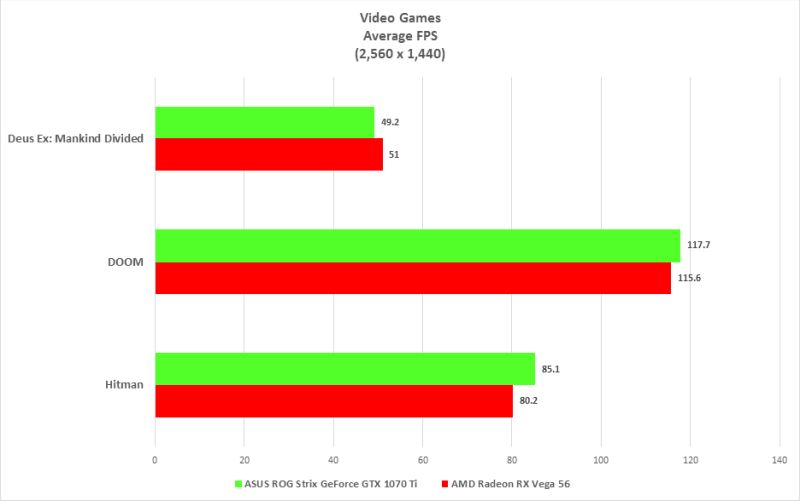 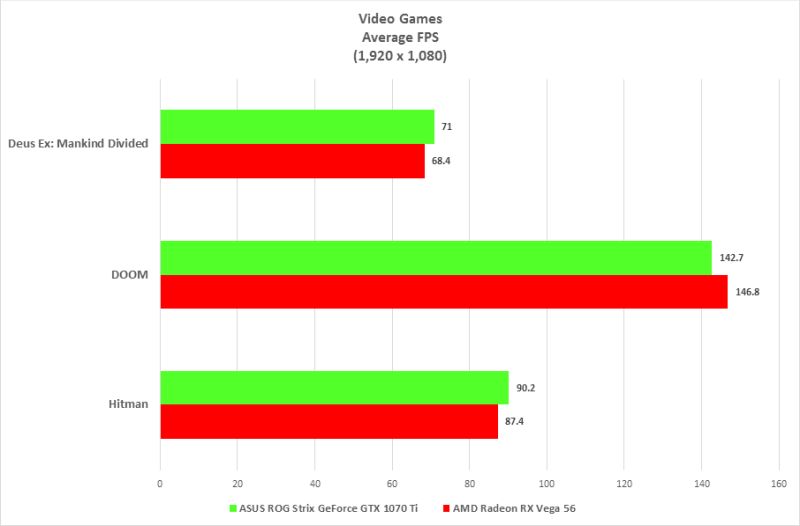 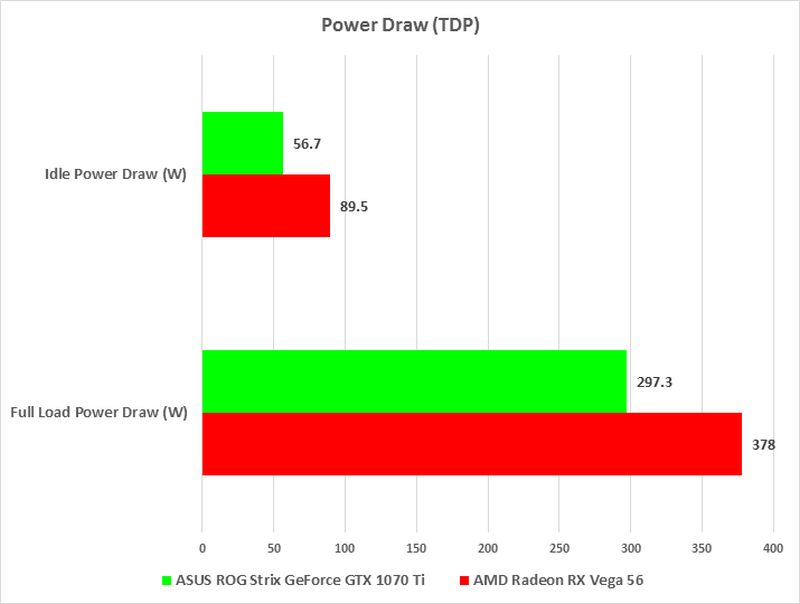 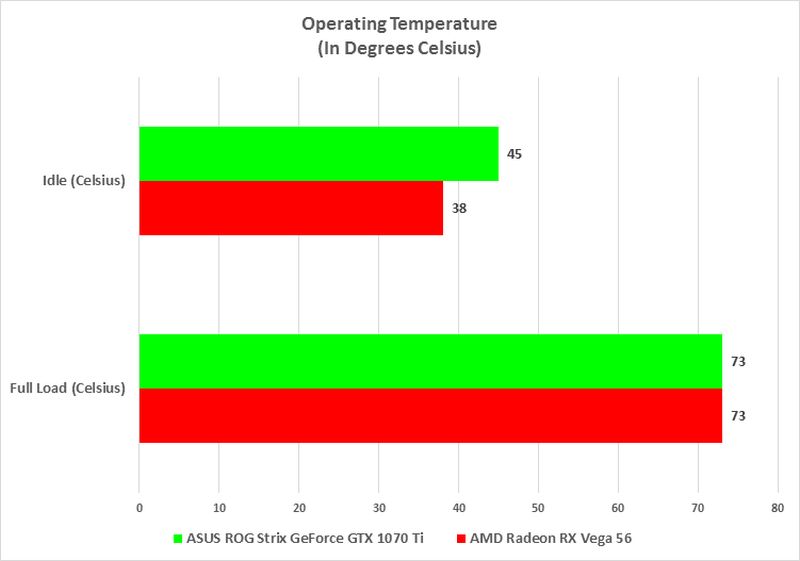 Where the Founders Edition of the GTX 1070 Ti comes at a considerable price of US$449 (~RM1,899), it’s no secret that the ASUS ROG Strix GeForce GTX 1070 Ti will most certainly comes at a slightly more premium price.

However, given the card’s performance, it’s hard not to recommend this card to those of you looking for a custom-cooled variant of the GTX 1070 Ti that isn’t just a performer, but also possesses a healthy amount of overclocking headroom. Seriously, considering that most AiB partners would’ve overclocked the snot out of their cards before they ship them out.

For those of you who can’t quite afford the GTX 1080 or GTX 1080 Ti, this card would be the next best option, especially if you’re not looking to run current titles at resolution beyond 1440p. Also, the card can be used in an SLI configuration, so you can always add another card in the future, provided your budget allows you to.