Update on November 11, 2016, 11:10am: Previously, we wrote that NVIDIA had given their AiB partners the option of providing a 'soldered PCIe port' with their cards. That statement was grammatically incorrect, and we meant to say that the NVIDIA had left the option of providing an additional 6-pin power port with their cards at the discretion of their AiB partners.

The mistake in this review has been amended, and we apologize for any confusion caused.

Now that the cat’s out of the bag on NVIDIA’s new entry-level duo, the GeForce GTX 1050 and GTX 1050 Ti, all of NVIDIA's partners have now officially launched a tirade of custom-cooled variants of the two cards. It’s important to understand that besides the iterations released by its AiB partners, NVIDIA has no intention of creating a Founders Edition variant, and has reserved that honor for their higher tier cards (case in point, the GTX 1060, GTX 1070, and the GTX 1080).

Built upon the newly designed GP107 Pascal GPU architecture, users can choose between the 2GB GTX 1050 or the beefier 4GB GTX 1050 Ti. In this review, we’ll be taking a look at ASUS’ own version of the Expedition GTX 1050 Ti, to find out just how well it performs.

We’ll save you the trouble of having to repeat the card’s specifications as we’ve already written about it when the card was first launched, and just jump straight into the review. True to their word, the Expedition GeForce GTX 1050 Ti sports a very simple and no fuss layout. The PCB is small and short. In the case of ASUS’ custom-cooled variant, the card is ventilated with their dual ball-bearing fans and what looks to be rows upon rows of heatsinks. 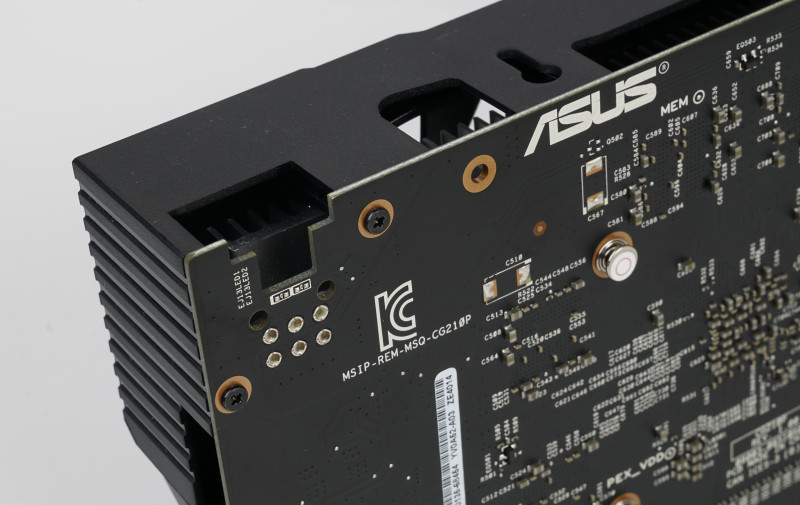 Because NVIDIA has said that their new GPU can running without the presence of a power port on it, NVIDIA has said that their new GPU doesn’t even need a PCIe port, although we should point out that some AiB partners (Gigabyte, for example) have actually soldered a PCIe port to their own cards in order to allow gamers to better overclock those cards.

The Expedition GeForce GTX 1050 Ti can directly run off the power from a motherboard’s PCIe slot, although we should also point out that NVIDIA has left the option of providing a 6-pin power port to the discretion of their AiB partners, should they wish to give their respective users the choice of running just a little more juice into their card when overclocking it.

By default, a card based on the GTX 1050 Ti has a core clockspeed of 1,291MHz, but this card already comes factory overclocked at 1,392MHz. Additionally, its memory clockspeed is also set at 7,000MHz, but as we’ll demonstrate, we actually managed to push the card a fair bit during our benchmarking sessions. Ports-wise, the Expedition GTX 1050 Ti only has one DisplayPort, a HDMI port, and a dual-link DVI port.