To test out the performance of the ASUS Dual GeForce GTX 1070 OC Edition, we installed it into our rig, which is comprised of the following components:

To benchmark the card, we went with our usual list of synthetic benchmarks:

For our games, we used the following list of titles:

In order to provide a baseline for the card’s performance against a more gaming-centric variant of the GTX 1070, we pitted the card against an MSI GeForce GTX 1070 Gaming X. Moreover, we also set the maximum resolution of each card to 2,560 x 1,440 pixels, not so much as a way to keep things fair, but simply because the card itself was designed to perform optimally at this resolution.

On the subject of overclocking the card, we only managed to stabilize the Dual GeForce GTX 1070 OC Edition at an additional clockspeed of 95MHz for its core clock, and an additional 75MHz for its memory clock. Frankly, we were a bit disappointed with this numbers, more so because this was the case even after increasing the voltage levels by nearly 20 percent. Needless to say, we also applied the same overclocked numbers to the Gaming X.

The results were as you would’ve expected. On the synthetic benchmarks, the Dual GeForce GTX 1070 OC Edition was chasing up to the Gaming X, but never more than a hair’s breadth in performance. However, it should be pointed out that in the Fire Strike test, our star card did manage to outperform the Gaming X by a significant lead of nearly 15 percent.

In gaming, both cards actually managed to perform exceedingly well, with all titles running well above the 60 fps mark. The only exception to this rule was Overwatch. For whatever reason, both cards were never running at framerates higher than the 60 fps mark, and that was weird to us. Since the game was included into our benchmark list, we’ve had many cards that have broken past that barrier, even giving us framerates that were well into the 100 fps division.

The power draw levels were also to be expected: because of its single 8-pin power port nature, the card was considerably more efficient in its power consumption, in comparison to the Gaming X. Even its idle temperature was considerably lower than the Gaming X, but was several degrees hotter on a full load, but that was simply because the Gaming X has a better cooling solution attached to it. 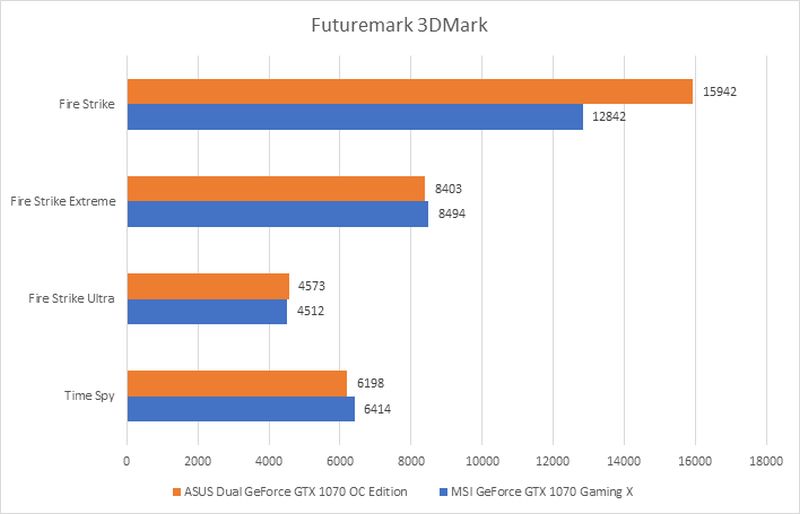 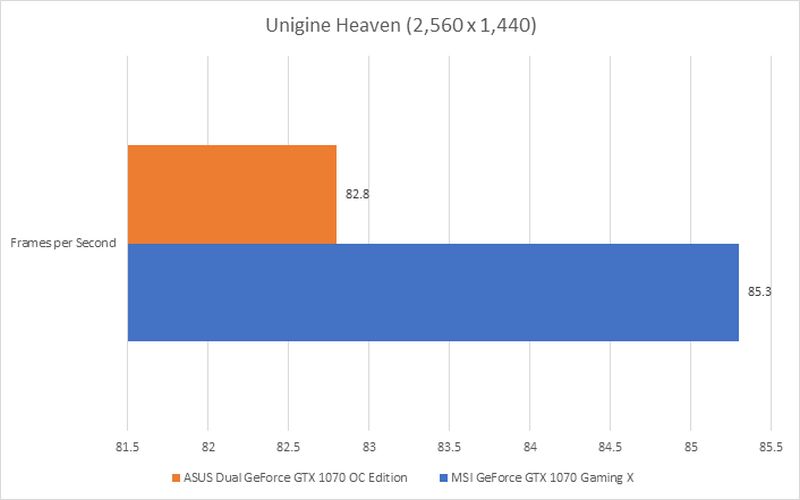 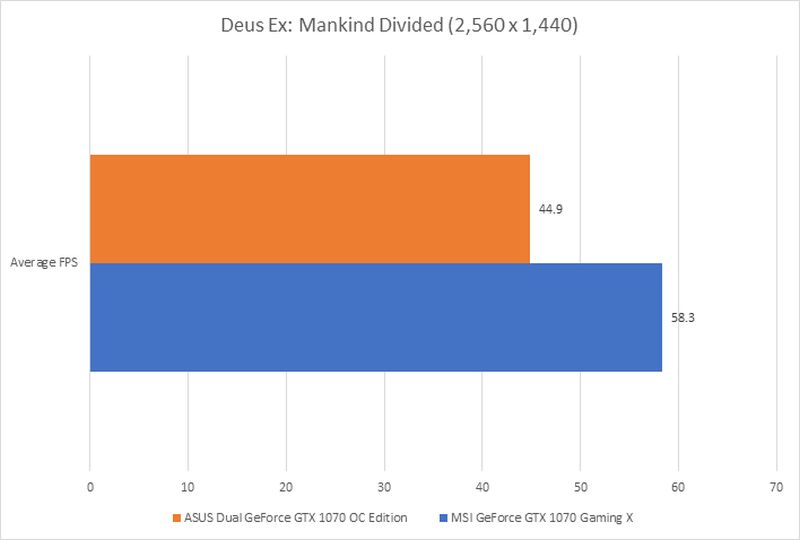 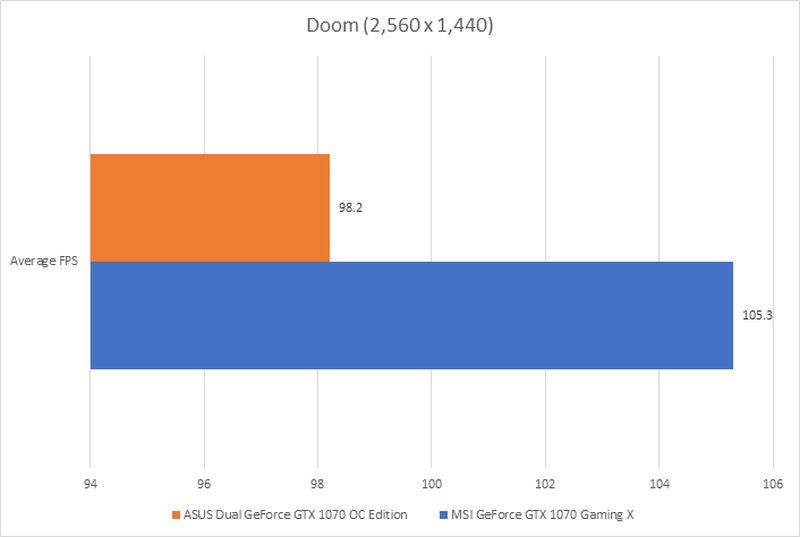 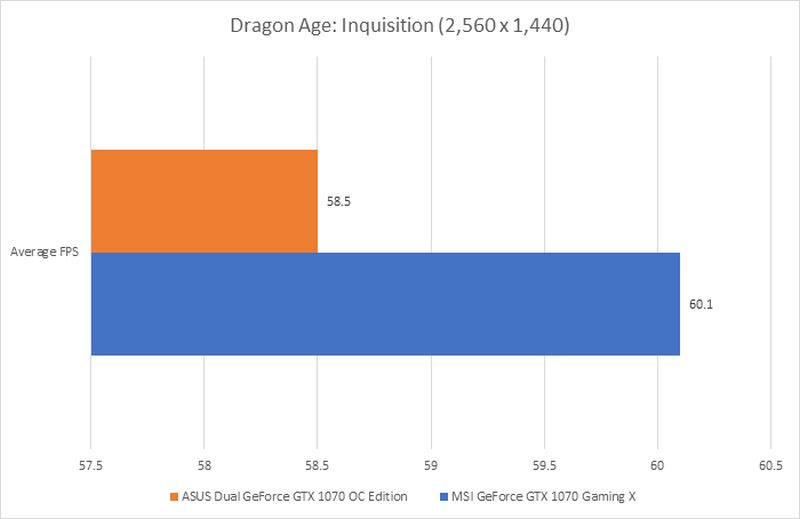 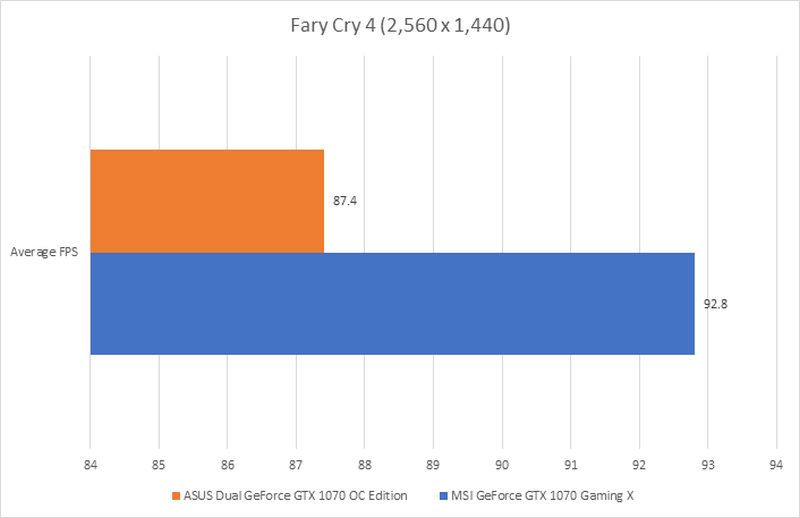 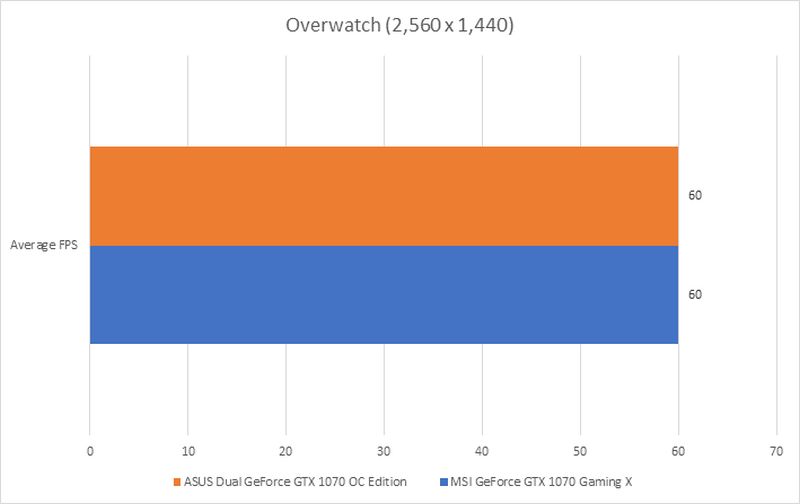 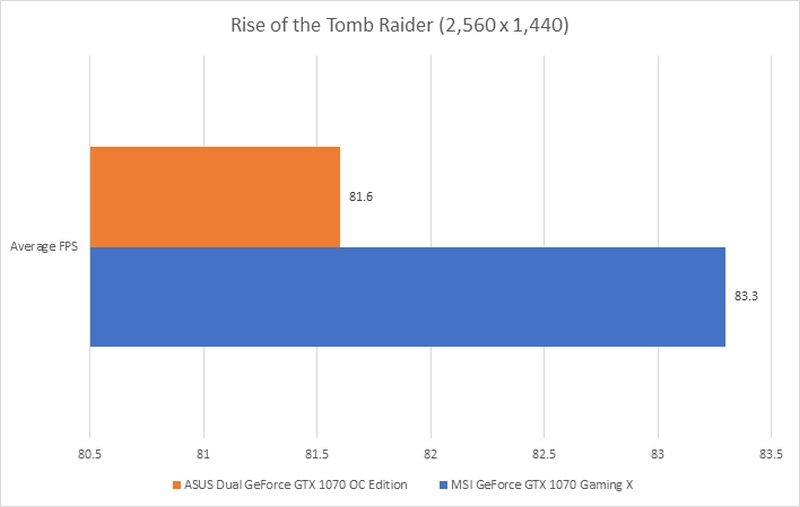 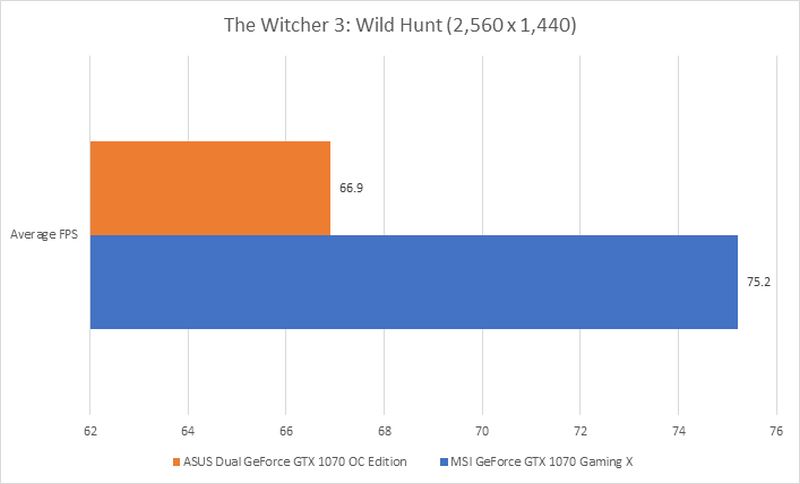 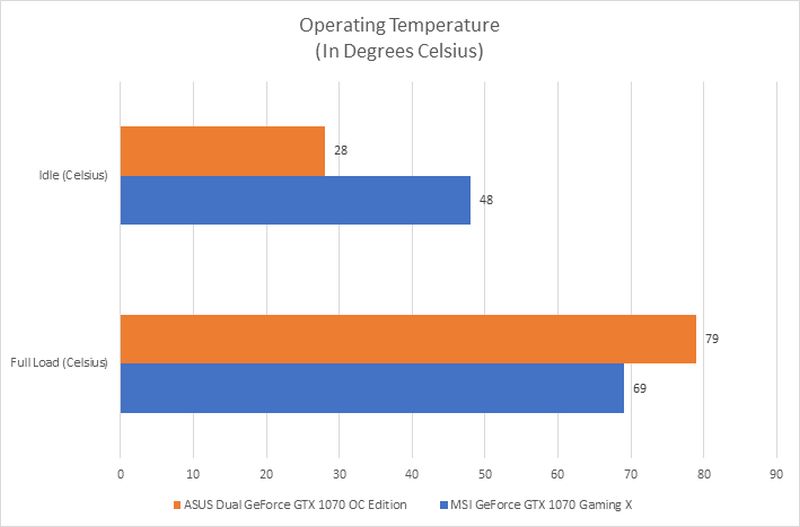 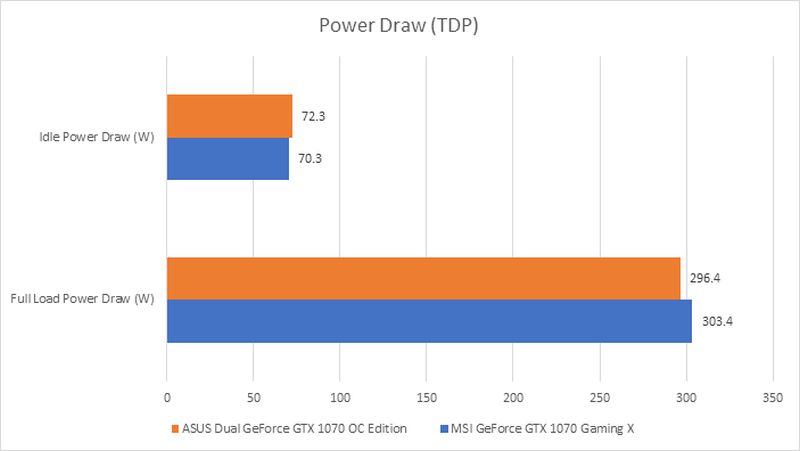 So there you have it. The performance of the ASUS Dual GeForce GTX 1070 OC Edition’s is not exactly on par with a full-on gaming graphics card like the Gaming X, but that’s also because the card wasn’t designed strictly for the sole purpose of gaming.

The reason why the company’s ROG Strix graphics cards lineup exists:  to cater to the gamer who seeks a component that embodies glitz, glamor, and unfettered power and performance. The Dual GeForce GTX 1070 OC edition embodies a completely different set of qualities: simplicity and efficiency, while still retaining an impressive performance to Ringgit ratio. Rather than just gaming, the card’s performance is also perfect for the videographer or graphics designer looking for a cheaper alternative to NVIDIA’s Quadro series workstation graphics card (assuming of course, that the consumer intends to stick with the NVIDIA route).

For RM2,249, the price is not an unreasonable one, and it’s capable of pulling double duty, be it from the side of gaming or the side of professional graphics work.

Write a Review
Compare This | Specifications
Simple, clean design
No RGB LEDs
Performance is impressive out of the box
Very little overclocking headroom
Card gets noisy when working at maximum capacity