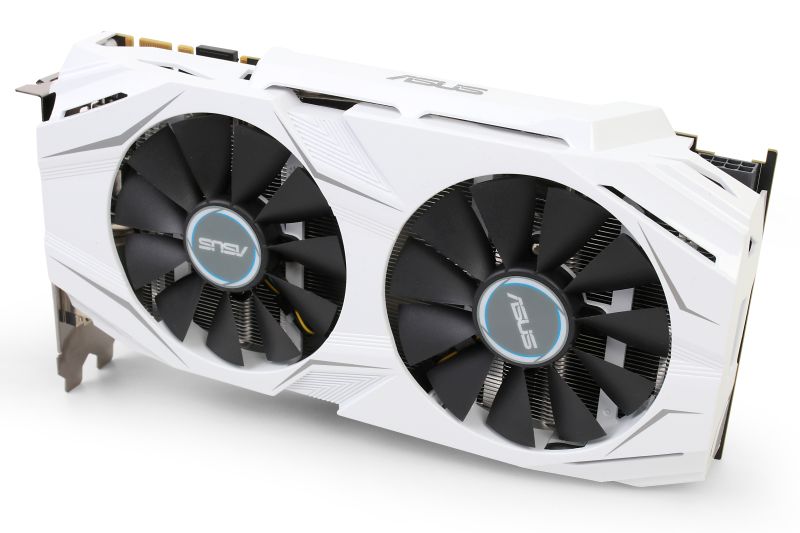 Many people (outside of the gaming circle, anyway) may not know this, but within the consumer segment, there are actually cards that aren’t designed strictly for gaming or professional graphics work. Just like graphics cards of yore, these components are designed to pull double duty on both fronts.

The ASUS Dual GeForce GTX 1070 OC Edition is one such card that has made the cut, sporting an unassuming design, yet still capable pulling its own weight when the going gets tough.

The Dual GeForce GTX 1070 OC Edition is a no-nonsense, no lights kind of card. Unlike cards under the ROG Strix series, the card is not garishly adorned with all the trappings of the current RGB LED craze. With no Aura Sync support, the Dual GeForce GTX 1070 OC Edition is basically a card that is designed to perform without being overly concerned about its aesthetics. Compared to its brothers from the ROG Strix series as well, the card’s two fans sport a slightly larger diameter, allowing for better heat dissipation. As a point of conjecture our earlier mention of this card not being a gaming-centric graphics card, the Dual GeForce GTX 1070 OC Edition card only has a standard 8-pin power port at the side, instead of the usual 8+6 pin power ports that are usually installed on the more heavy-duty gaming cards. Ports-wise, the card comes with two DisplayPorts, two HDMI ports, and a dual-link DVI port. The card’s core clock speed has also been given a boost from the standard 1,607MHz to 1,797MHz. But, as always, we actually managed to push the clock speed a little higher than that, as we’ll explain in the next page with our benchmarks.

Write a Review
Compare This | Specifications
Simple, clean design
No RGB LEDs
Performance is impressive out of the box
Very little overclocking headroom
Card gets noisy when working at maximum capacity