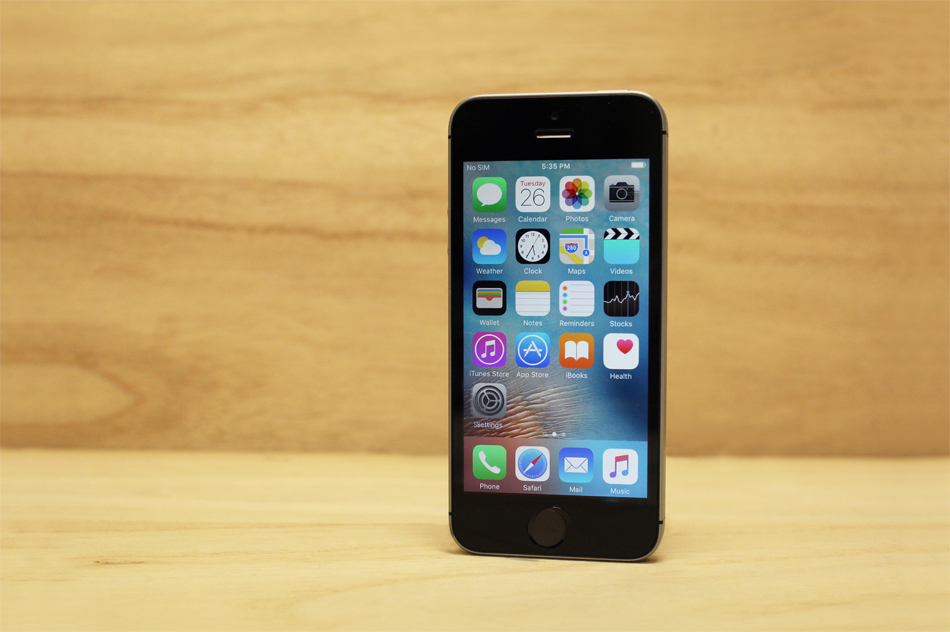 When Apple announced the 4-inch iPhone SE, the initial reaction of many people was probably along the lines of, "who's going to buy a 4-inch phone in 2016?" But if you actually keep track of the phones other people are using on the train or just walking down the street, you'll see that the number of people still using an iPhone 4/4s or 5/5s is staggering. In fact, there are probably more iPhones 4/4s and 5/5s than 6/6s. Maybe Apple is onto something? After all, Steve Jobs did famously say that "no one's going to buy that" when referring to larger display phones.

The iPhone SE packs all of the performance of a 2016 flagship smartphone into the body of an iPhone 5s, a phone that was already considered compact back in 2013. It has the same A9 processor used in Apple's iPhone 6s and 6s Plus, with the same 2GB RAM, and it even has the same upgraded 12MP rear camera. It's also Apple's most affordable iPhone ever, with prices starting at just RM1,949 (although you'll want the 64GB version, which goes for RM2,449). But with all that said, is there a place for it in 2016?

The iPhone SE looks almost identical to the iPhone 5s. It has the same aluminum body, with the exact same dimensions of 123.8 x 58.6 x 7.6 mm, and it weighs just 1g more at 113g. Even if you've been using a 4.7-inch iPhone for the past year and a half, switching back to the SE's compact design would feel like returning to a familiar old friend. In fact, in our previous iPhone 6 review, we've commented that the rounded edges of the iPhone 6 make it feel a bit slippery, so going back to the reassuring flat sides and more manageable size of the iPhone SE was quite welcoming. In all our time with the SE, we never once felt like we'd drop it, something that happens on an almost daily basis with the iPhone 6s. 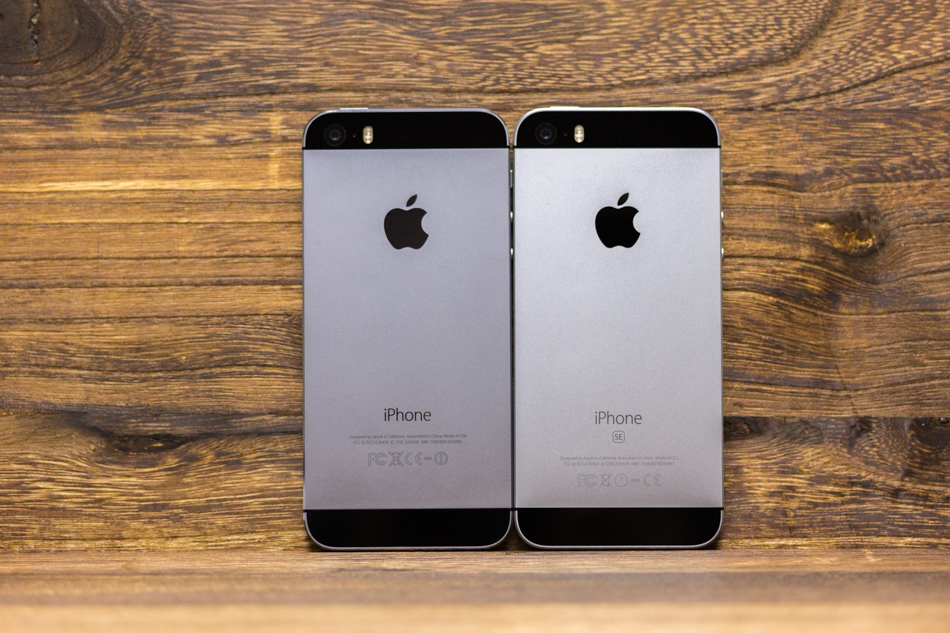 Like the original iPhone 5s, the volume buttons are round and can be found on the left-side. The power button returns to the top of the phone instead of on the right-side like it is on the iPhone 6 and 6s.

One thing that does make the phone look a little dated is the size of its bezels. When you're used to seeing phones with near edge-to-edge displays, the rather wide bezels on the SE makes the screen look even smaller.

Below the display, there's a Touch ID fingerprint scanner. Unfortunately, it's the same first generation scanner that first debuted on the iPhone 5s, and not the faster, more accurate model the 6s uses. It's a little slower to unlock the phone, but it's still fast and accurate. 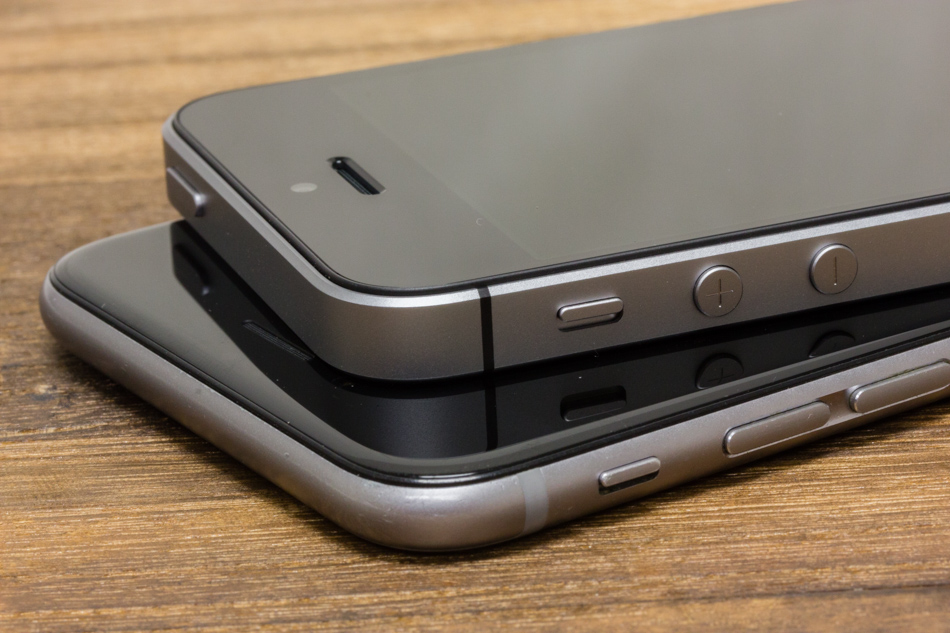 The only noticeable design change is that the chamfered edges are no longer polished. Instead, they have a matte finish that matches the sides of the phone.

If you want to make sure people know you have a new iPhone and not some three-year-old model, the SE is available in Rose Gold. Of course, Silver, Gold, and Space Gray are also available. By the way, all cases that fit the iPhone 5 and 5s will also fit the SE, so if you're upgrading, you don't even need to buy a new case. 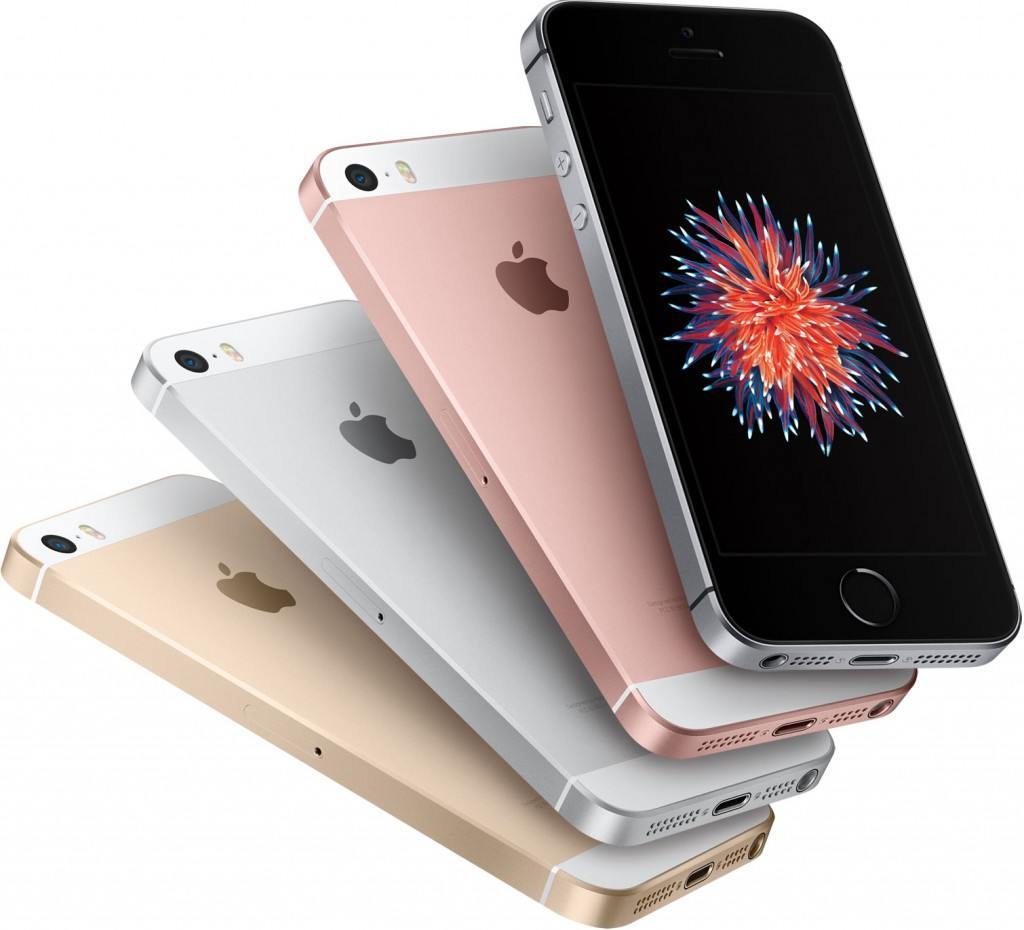 After about a week with the SE, the biggest difference felt is how much easier it is to use the phone one-handed. Your thumb will actually reach every icon on the screen, and you never have to do that awkward balancing act where you're trying to reach the far side of the screen - even better, there's no need for features like Reachability.

The SE has the same 4-inch 1,136 x 640 pixels resolution (326 ppi) display as the iPhone 5s, which means it unfortunately doesn't support 3D Touch. While the smaller body of the iPhone SE is a joy to handle, the smaller screen might take awhile to re-adjust to. You might even resort to squinting at the phone or bringing it closer to your face, seeing everything shrunk down. The smaller keyboard may also caused a number of embarrassing typos - and you can also thank autocorrect for that.

The screen itself also isn't the best from Apple. There's a slightly yellowish tinge on white-colored things that just isn't there on the iPhone 6 and 6s. It's good enough though, and the display is bright and sharp enough to use outdoors or under bright lights. Contrast could probably be a little better, but LCD displays will never be able to match up to AMOLED screens for contrast anyway. 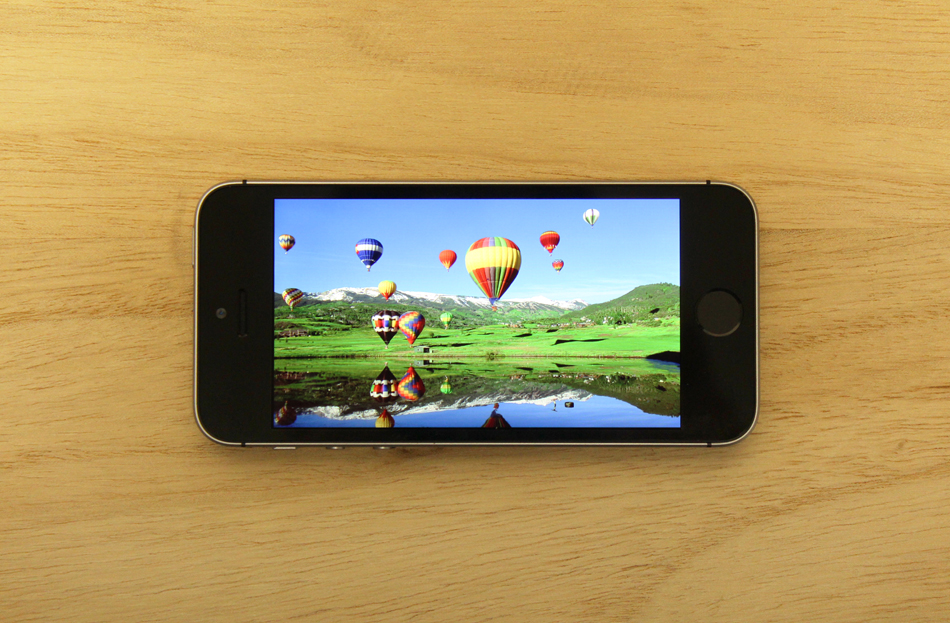 The single speaker on the bottom of the SE appears to be exactly the same one found on the 5s. It's decent, but not amazing, with a clear and balanced sound, but it lacks bass and volume.

The iPhone SE comes pre-loaded with iOS 9.3. New features in iOS 9.3 include Touch ID protection for Apple Notes and Night Mode, which reduces the amount of blue light emitted by the display in the evening, which can help you get a better night's sleep.

It's worth noting that iOS was originally designed to be used on a 3.5-inch display, and it actually still feels better on a smaller device since your thumb can reach all areas of the screen. This doesn't just mean that all apps are within reach, it's also easier to pull down the Control Center. 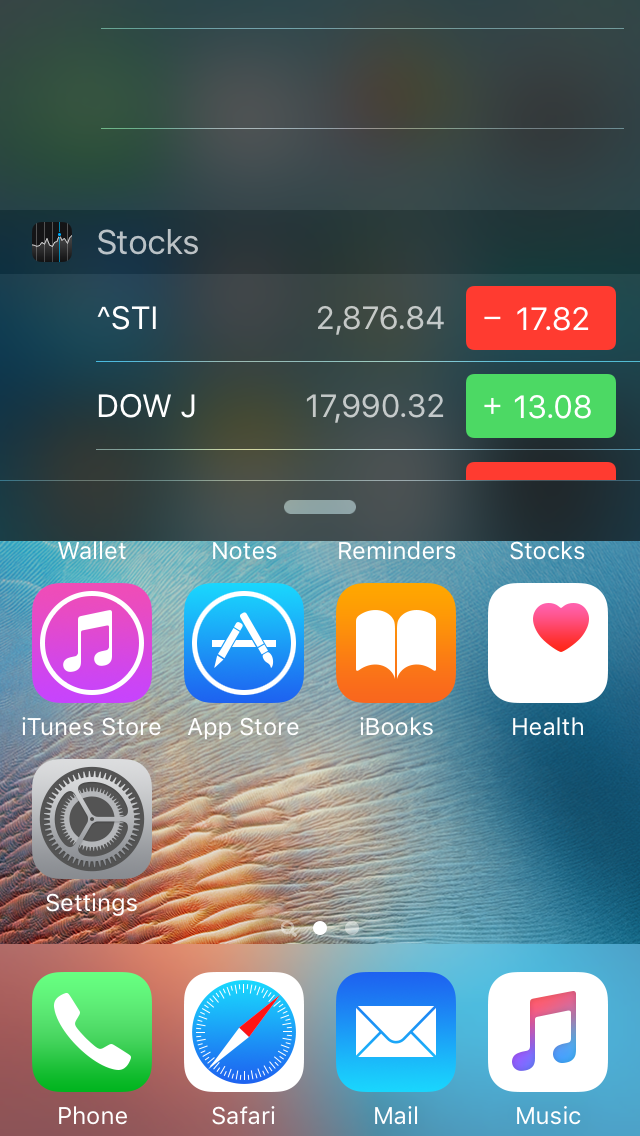