Apple hasn't always been one to harp about specs but for starters, it runs on a new A6 processor which the company described as being "twice as fast" as the last-gen A5 found in the 4S. Thankfully, Geekbench, a cross-platform processor benchmark available for Mac OS X, Windows, Linux, iOS, and Android, has helped solved the the mystery, identifying the device as a dual-core 1.0GHz processor paired with 1GB of RAM. 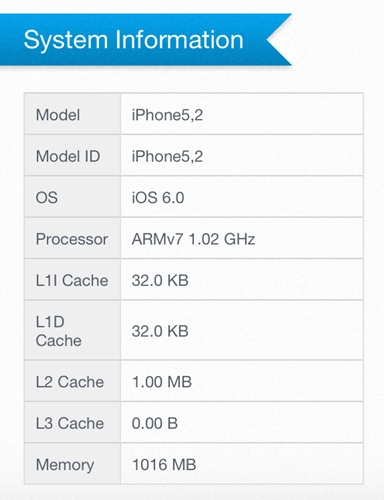 In comparison, the Samsung Galaxy S III comes with an in-house Exynos 4212 Quad quad-core processor clocked at 1.4GHz with 1GB of RAM; the HTC One XL with a Qualcomm Snapdragon S4 MSM8960 dual-core 1.5GHz processor with 1GB of RAM and the Apple iPhone 4S with an A5 dual-core 1GHz processor with 512MB of RAM. Despite the vast differences in hardware platforms, we've yet to encounter applications that really appreciate the improved hardware and as such, we will be using the Geekbench results as a rough comparison of performance between the four devices. Note that this is just theoretical test of the hardware's capability and it won't matter to most users for some time to come. 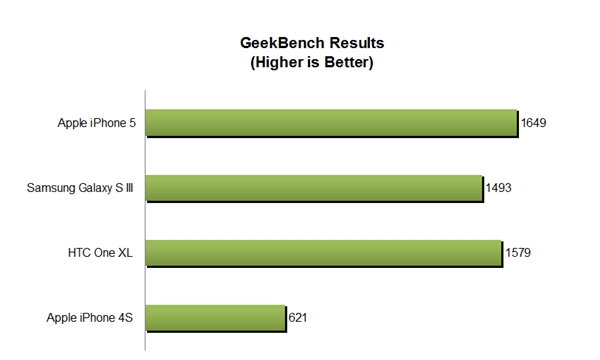 Results also indicate that the iPhone 5 scored slightly higher than the quad-core Galaxy S III and dual-core HTC One XL. We would like to point out that the differences in scores are marginal and fast performance has been ensured on across all three devices, regardless of their processors.

Benchmarking results aside, the Apple iPhone 5 ran extremely smoothly and had absolutely no problems rendering pages or running graphic-intensive apps, thanks to the powerful Apple A6 chip and 1GB RAM. The phone's lag-free performance, brisk day-to-day user experience and blazing fast web loading pretty much sealed the deal for us. Of course, do remember that Flash support is still forbidden territory on the iPhone 5.

It's common for a top-tier smartphone device to come with an 8-megapixel backside-illuminated (BSI) CMOS sensor these days, and it's the same with the iPhone 5. To further help users take better photos under low-light conditions, Apple has also outfitted the device with a f/2.4, 3mm lens. The new front-facing camera isn't a slouch either, allowing users to take 720p videos for quality FaceTiming.

Of course, aside from the improved iSight camera on the iPhone 5, Apple has also included the Panorama feature in iOS 6. Unfortunately, not all iOS devices will be granted the feature upon upgrade. 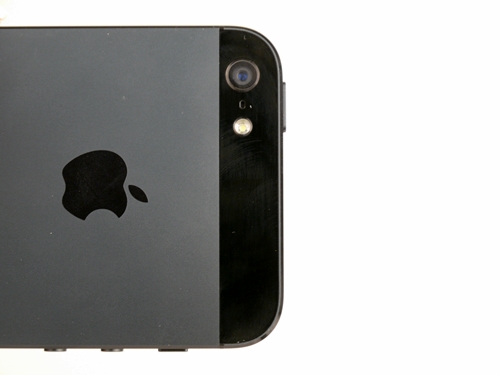 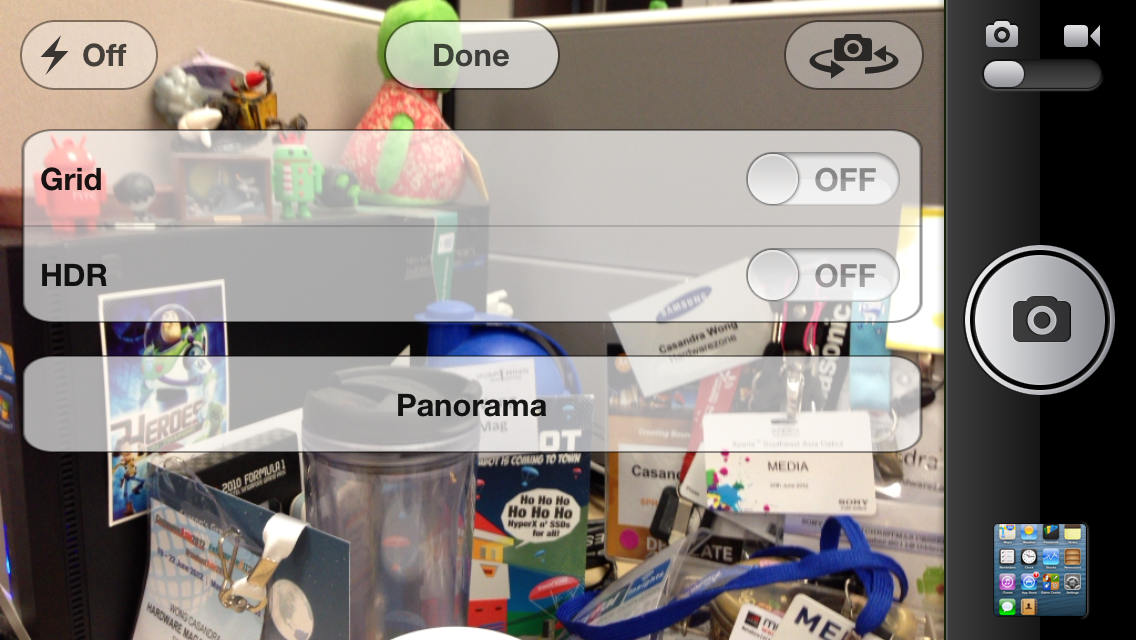 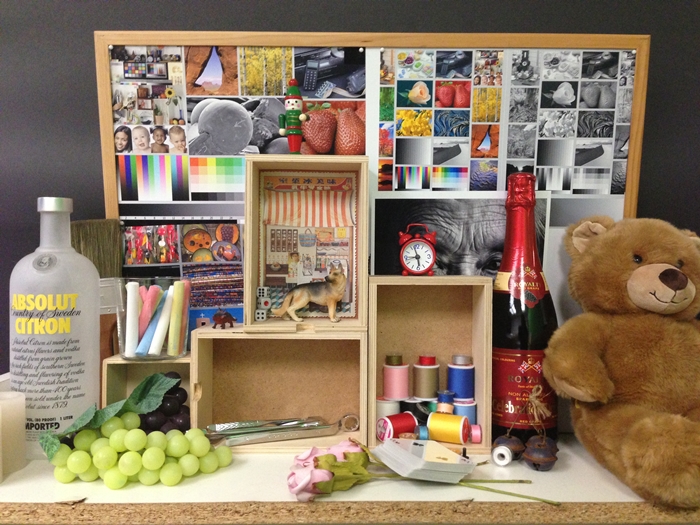 The iPhone 5 performed superbly in the camera department, producing photos of minimal noise, has high clarity and details, and true-to-life color reproduction. While the front-facing camera isn't as highly-equipped as the rear iSight camera, it is also capable of decent self-portraits (again better than the predecessor). The iPhone 5 is a fast shooter on both accounts, so there's definitely less chances of one missing a crucial shot.

Zooming into finer details of our test shot showed that details were still sharp and visible. The upgrade in camera performance between the iPhone 4S and 5 is not entirely significant, but we did notice a slight bump in clarity (photos were taken under the same lighting conditions). Otherwise, both devices are still very good point-and-shoot substitutes.

Of course, as one of the best camera-equipped smartphones in town, it is imperative that we compare it against other high-end smartphones in the market today. Below, we take a close look at the iPhone 5's performance alongside the Nokia 808 PureView, Samsung Galaxy S III and HTC One X/XL:

The Nokia 808 PureView is the clear winner here, with the iPhone 5 coming at a close second in terms of noise control and details preservation. Colors are warmer on the photo taken by the iPhone 5, while we would say that the 808 PureView is closer to the Samsung Galaxy S III in terms of color production with a few exceptions: the former's colors are more saturated and contrasted than both the Galaxy S III and the iPhone 5. The HTC One X follows right after, exhibiting good detail and noise control even when cropped. The only downfall is in its over-greenish and cool color reproduction. On the other hand, the Galaxy S III is almost on par with the HTC One X, losing out in its detail and noise preservation. 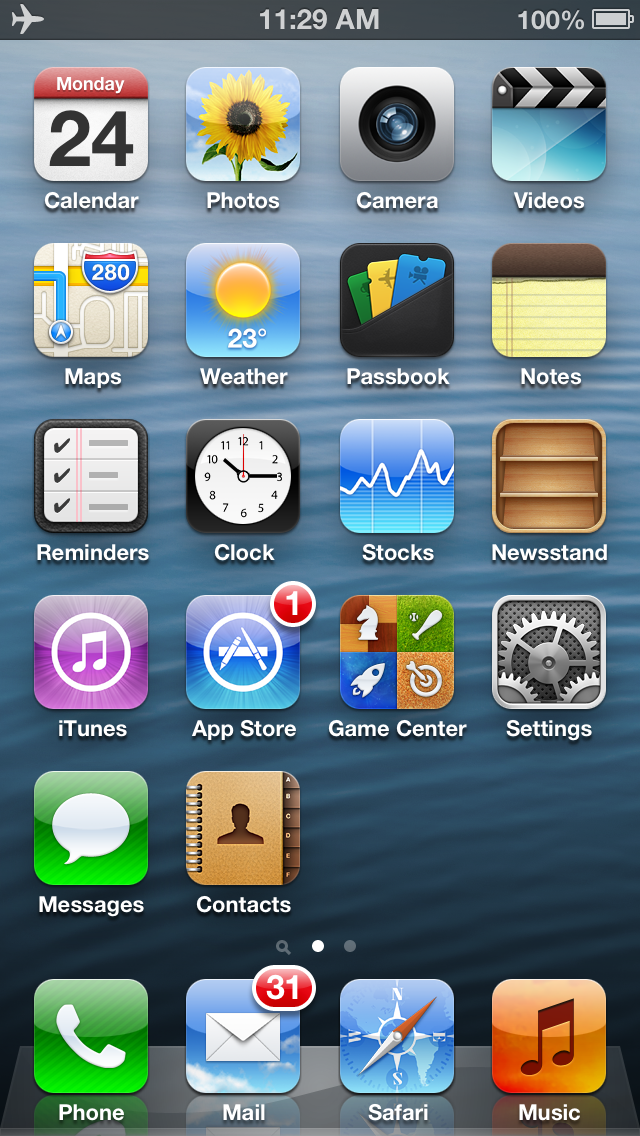 As we all know, the biggest, or rather most obvious, upgrade on the iPhone 5 is undoubtedly its larger 4.0-inch screen with higher resolution (1136 x 640 pixels to be exact). iPhones have traditionally come with 3.5-inch screens and as you expect, this shakes things up a little especially considering the fact that phones are getting bigger by the day. Despite the "upsize", nothing much has changed in terms of usage really, well, other than the fact that users can now fit five rows of icons on each page and can now view more on a single screen, such as webpages. Otherwise, the iOS experience is pretty much left unchanged. Nonetheless, this is a welcome change on the whole of course - with the extra real estate, some apps do look and play easier. 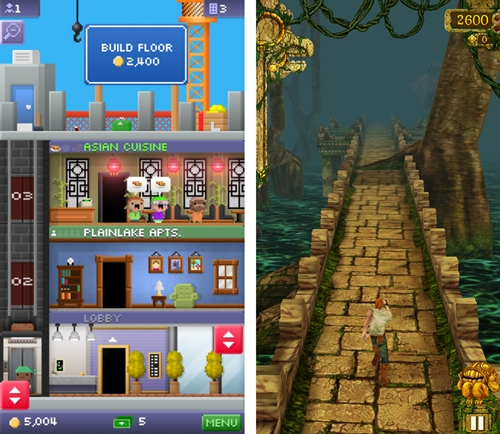 While all Apple software and apps have been updated for the new screen size and resolution, more time will be required for third-party developers to update their apps accordingly. 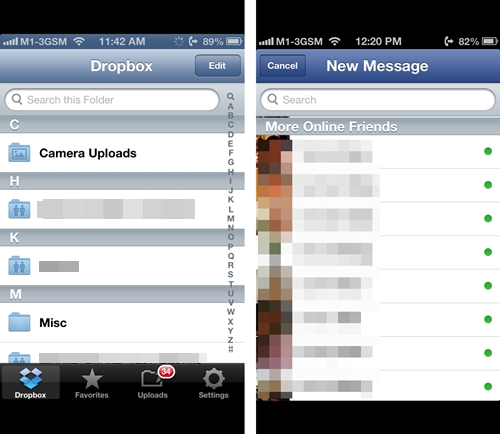 Otherwise, the Retina Display on the iPhone 5 is a beauty to behold especially at the highest level of brightness. Text, icons and images on the iPhone 5 are crisp and sharp, with images exhibiting optimal levels of saturation and deep blacks. Apple has claimed that the iPhone 5's screen is not only thinner but also produces brighter colors and deeper blacks than the iPhone 4S, and it shows - in a subtle way.

Using the same 480 x 800-pixel resolution video that we use across all our mobile device battery tests, we set the same test parameters which includes having the video looped under the following conditions: 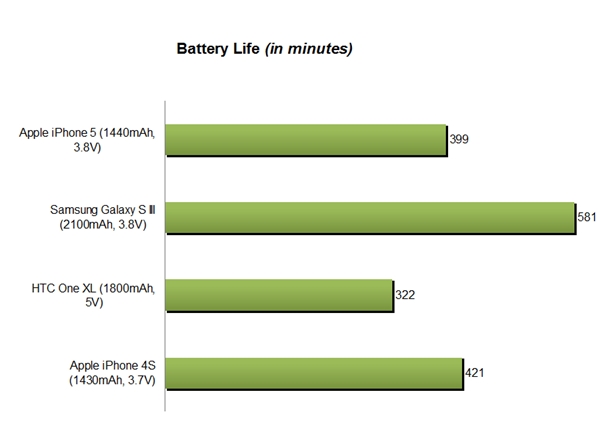 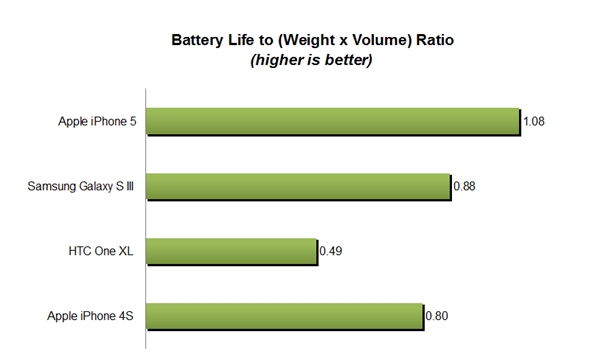 As you can see from above, the iPhone 5 takes a slight dive in battery performance compared to its predecessor, the iPhone 4S. Otherwise, it still managed to get a decent up-time of 399 minutes, which translates to about seven hours of battery life in our strenuous test. This is more than likely due to the new phone's bigger 4.0-inch screen and its higher resolution at 1136 x 640 pixels. Still, we are willing to bet most would forgo an extra 22 minutes of battery time for a bigger screen.

The clear winner here is the Android 4.0 Samsung Galaxy S III with its 581 minutes of up-time. However, it is imperative to note that the device comes with a bigger 2100mAh battery capacity, the highest battery charge in this comparison, and is equipped with an AMOLED display. These displays are known to be more energy-optimized, which explains why it did so well using the latest iteration despite its huge 4.8-inch, 1280 x 720p screen. To add on, the Galaxy S III automatically conserves energy by disabling full brightness at about 20% to 15% of its remaining battery life. However, the other Android device included in the test, the HTC One XL (1800mAh), did not fare as well, trailing at the back with a short up-time of 322 minutes.

The portability ratio index (battery life divided by [weight x volume]) is where the iPhone 5 triumphs. Given its extremely lightweight 112g body, svelte dimensions (76.mm thinness) and above average battery up-time of 399 minutes, it ranked the highest in this comparison, with the Galaxy S III trailing just behind.

Overall, the iPhone 5 did well on a day-to-day basis even while running on LTE. The phone will be good to last for an entire day with a daily charge at night. If you would like to extend its battery life, you can switch on Auto-Brightness, or turn off LTE when you don't need speedy connectivity.