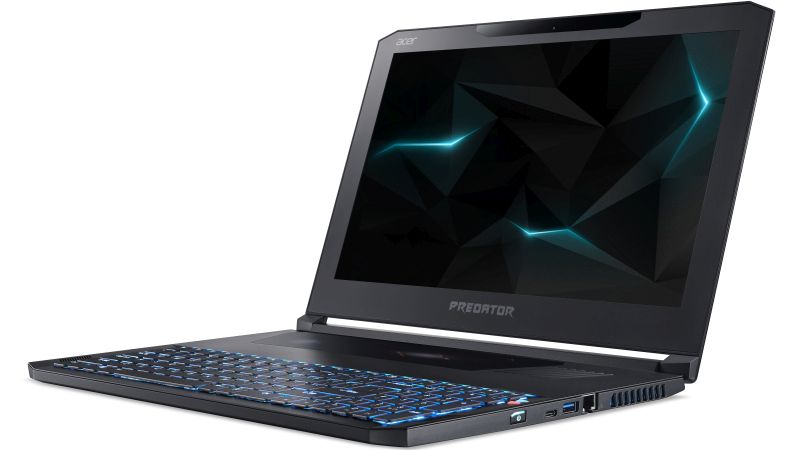 Six months ago, Acer held its Next@Acer event in the heart of New York City. During its keynote, the company broke ground and made history with the announcement of the Predator Triton 700: its thinnest and most powerful gaming notebook to date.

But despite all the pomp and grandeur that was thrown around, the Triton 700 only first saw distribution in the U.S. sometime in August, and as you would’ve guessed, the notebook is finally here in the country, and we've had our time with it to share our thoughts on the gaming notebook.

Ultra slim, reasonably lightweight, and powerful: these are all that have been used to describe a gaming notebook of the Triton 700’s caliber. Many of you may not believe it, but this notebook? It’s the first gaming notebook to hold bragging rights of being the first notebook to house an NVIDIA GeForce GTX GPU with Max-Q Design inside it.

Previously, the Triton 700 was overshadowed by yet another notebook with NVIDIA’s Max-Q Design GPUs: ASUS’ own ROG Zephyrus. And on that tie-in, we’ll be making some comparisons between these two wonderful notebooks – both in its design and performance – as we go along with this review.

We’re going to be repeating ourselves here: this is one very thin and powerful gaming notebook. In regards to aesthetics, Acer’s decision to use a clean and simple slate design was well chosen. If anything, it seems to follow a template: at the back of the display, Acer’s Predator branding is clearly emblazoned in the middle, along with the symbol that represents it. At the rear of the base, you’ll find the power, DisplayPort, and HDMI port situated smack dab in the middle, and right between the Triton 700’s exhaust vents on both sides.

Shift your focus to the sides of the notebook, and you’ll find a cornucopia of ports at your disposal. On the right, there’s a USB Type-C port with Thunderbolt support (for all those daisy-chaining, multi-monitor goodness), a USB 3.0 port, and an RJ45 LAN port. This is also the side where you’ll find the notebook’s power button. The placement of it is reminiscent of MSI’s own GS63VR, which we had reviewed more than a year earlier.

Unlike the GS63VR, however, the power button isn’t located at the very end of the side, so there’s little fear of powering down the notebook by accident.

On the other side, there are two more USB 3.0 ports, individual audio input and output ports, and a lone USB 2.0 port, which Acer seems to have covered up with a black plug.

Then, there’s the keyboard and (oddly placed) trackpad. Now, if you were thinking “Hey, wait a minute. The keyboard layout on this notebook looks strikingly familiar,” you wouldn’t be wrong. Like ASUS’ ROG Zephyrus, the Triton 700 has its keyboard and numeric keypad situated on the lower half of the keyboard. But that’s where the similarities end. 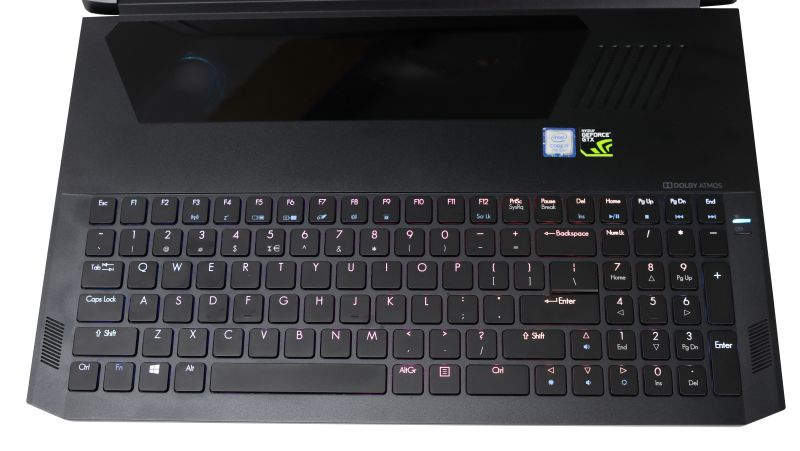 The keyboard on the Triton 700 is something of a cross between a chiclet and mechanical keyboard, and let us tell you this: typing on it was a bittersweet experience. On one hand, it was nice being able to feel that mechanical actuation and response from the keyboard: it allowed us to know that every keystroke we made, every repetitive key we hit, registered. And boy, it felt really good.

But, like all things, there are some flaws to the keyboard. Situating the keyboard at the lower half of the slate makes typing and gaming that tad bit more difficult. But without any form of wrist support at the bottom, it can lead to problems like pronation or supination of the wrist. In hindsight, it wouldn’t have hurt Acer to at least package a wrist rest with it, just as ASUS did with the Zephyrus. Oh, and if we haven't already pointed it out, it's also an RGB keyboard. 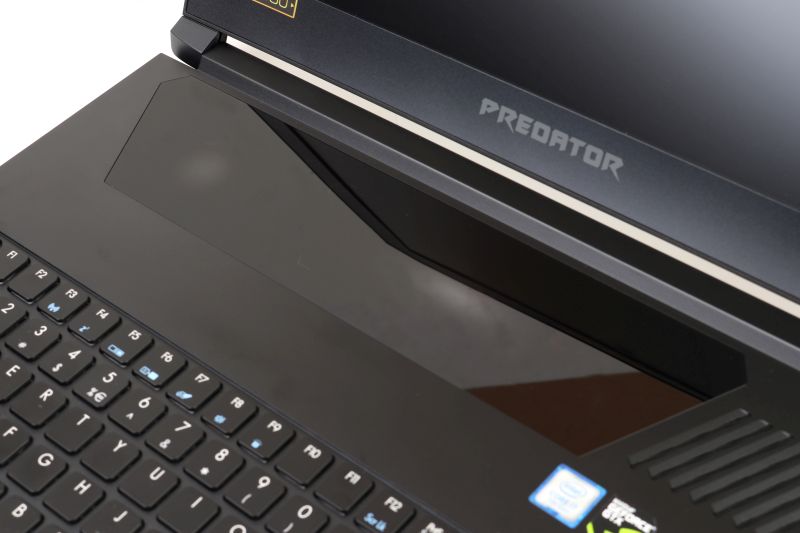 And then, there’s the trackpad. Because of the Triton 700’s unique design, this touch component has been placed directly on the upper half of the notebook. It’s both an interesting and awkward placement, in the sense that the trackpad is also a clear glass panel that gives you a direct look into the guts of the machine. It also takes some time to get used to, on account that this trackpad has no physical left or right mouse button.

In terms of hardware, trust us, the Triton 700 isn’t lacking. Nestled inside this particular lean, mean gaming machine is a 7th generation Core i7-7700HQ processor, 32GB of DDR4 RAM, a 512GB NVMe SSD running in RAID 0, and last but not least, the majesty itself: an NVIDIA GeForce GTX 1080 with Max-Q Design discrete GPU.

Now, we should point out that there is a second variant of the Triton 700, and instead of the GTX 1080, it houses a more modest (and overclockable) GeForce GTX 1060 with Max-Q Design inside it, along with half the amount of memory at 16GB of DDR4 RAM.

To output all that power is a 15.6-inch Full HD IPS LCD display, which is NVIDIA G-SYNC ready and capable of maintaining a refresh rate of 120Hz. While testing the notebook, the display was moderately impressive. Color reproduction was close to accurate (though it was just a little muted), and the screen showed no signs of washing out when being viewed from the sides.