Xbox One: One Xbox to Rule Them All?

Introducing the Xbox One

One Xbox to Rule Them All?

Earlier this year in February, Sony revealed details of the upcoming Sony PlayStation 4. Although the event was notable mostly because Sony did not actually show the console itself, we learned that the new PlayStation 4 will be powered a custom AMD chip with 8 Jaguar cores and Radeon graphics.

So what does the new Xbox One have under its hood and what special features and requirements do gamers need to take note of? Well, we have them all right here. 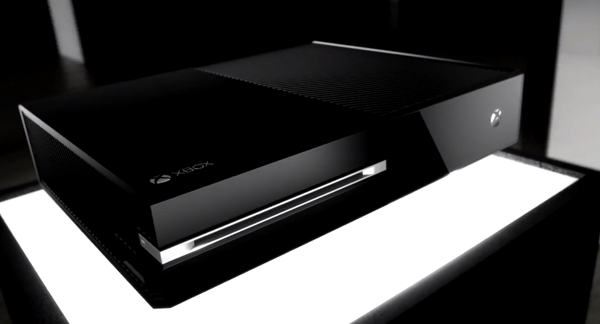 We begin with the hardware and the console itself, and indeed the Kinect sensor and controller, are all decked in black. It looks like a set-top box and it is larger than the Xbox 360. For hardware enthusiasts, the new Xbox One will be powered by an SoC from AMD. It is custom made and is built using a 40nm manufacturing process. Not much is known about this chip except that it has 8 cores - not unlike the PlayStation 4. Microsoft claimed that the new chip will enable Xbox One to deliver up to eight times the performance of the Xbox 360.

In addition, a 500GB hard disk will come as standard for game installation, which, by the way, will be mandatory to play games. Installation is done via the Blu-ray drive which can also double up for watching Blu-ray Discs. Here’s a list summarizing the specs of the Xbox One. 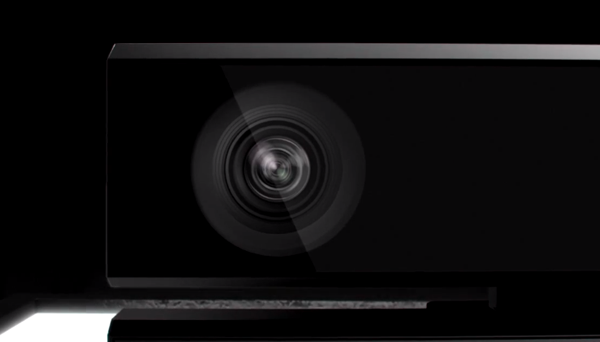 Along with the new hardware, the Xbox One will be getting a new Kinect sensor and a controller. The Xbox One’s Kinect sensor has been drastically redesigned and upgraded to address the weaknesses of its predecessor.

For starters, it has a 1080p camera that increases the sensor’s field of vision by a whopping 60%. This makes the sensor more friendly to use in space-cramped environments, so much so that the new sensor will be able to pick up a 1.9m man in his entirety even if he was standing just a meter away.

Secondly, it has a new infrared sensor employing what Microsoft calls 'time-of-flight technology'. In the past, the Kinect sensor would map the room using infrared light to generate a 3D depth map, this was fairly low resolution and so the sensor sometimes had difficulty differentiating you from objects. With the new time-of-flight technology, the sensor sends out a beam of photon and measures the time it takes to return, thereby generating a more accurate map of the surroundings. In fact, the new sensor is so sensitive and accurate that it can even measure your heart beat as you play. 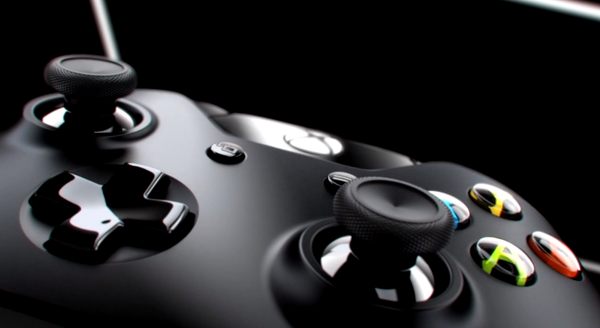 According to Microsoft, there are 40 design changes to the new controller, and this includes impulse triggers, an integrated battery compartment, and more precise directional pads. The new controller will also work in tandem with Kinect. For example, Kinect can sense when you are lifting the controller up and automatically turn the console on for you.

New Gestures, Voice Commands and Three OSes in One

Xbox One will also have new gestures. For example, using a grabbing motion, one can go back to the Home screen and return to apps.

Featuring a new microphone array, the new Kinect sensor is also more responsive to voice commands. This is especially handy because the Kinect sensor is now responsible for a lot of the Xbox controls.

Xbox One recognizes your voice and a simple “Xbox on” brings the device to life. By speaking commands like “TV”, “Music” or “Internet Explorer”, Xbox One will very quickly bring up the respective apps onto the screen. This is called 'Instant Switching', which is kind of like Alt-Tab for the Xbox. 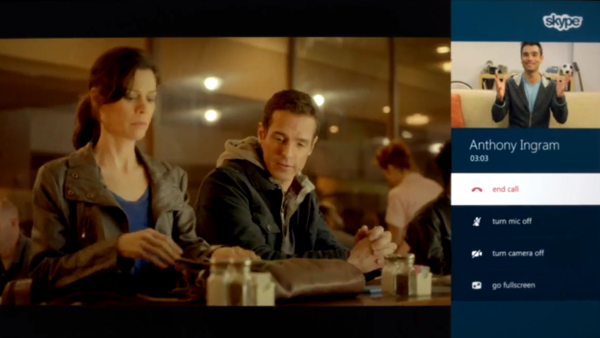 Additionally, there’s also a new “Snap Mode” which lets you run apps side by side, allowing you to browse the web while you watch a movie. Crucially, Microsoft did not show if it was possible to use Snap Mode while playing games.

All this, is possible thanks to the new Xbox One hardware and also its unique blend of three OSes in one. A Host OS boots the machine and then launches two other OSes - the “Shared” partition, which handles apps, TV, movies and music; and the “Exclusive” partition, which is for games. Clever memory partitioning ensures that you can switch between apps with next to nothing load times.

Sports fans will be happy to know that EA Sports will be one of Microsoft’s key partners for Xbox One. And at the event, they showed us a glimpse of the upcoming FIFA, NBA Live, Madden and UFC titles. These games will be developed using EA Sports’ new Ignite engine, which promises greater A.I., more fluid animation, more calculations per seconds, all in the name of creating a more realistic and authentic gaming experience. These four games will be released “in the next 12 months”.

That aside, two other titles that will be headlining the Xbox One’s launch are Forza Motorsport 5 and Call of Duty: Ghosts. In addition, the Microsoft Studios will be producing 15 exclusive titles for the Xbox One in its first year of launch. And out of this 15, 8 will be brand new franchises. Microsoft also said that they are more games being developed for the Xbox One right now than it has ever been in the history of Xbox. Well, it seems safe to say that there will be plenty of games for gamers to play.