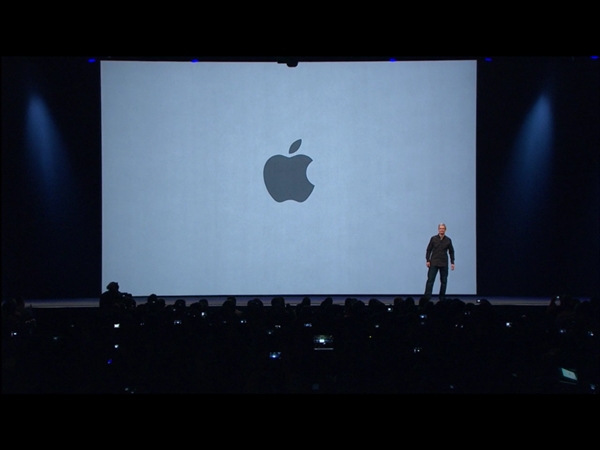 When Apple unveiled iOS 6 last year, it was admittedly a little disappointing. Even though Apple claimed that iOS 6 had over 200 new features, the mobile operating system paled in comparison with its rivals, namely Google Android and Windows Phone which were seen as overtaking the Cupertino company in its own game - innovation.

This year proved to be a very different one for Apple. With the departure of Scott Forstall and Apple's stocks plunging, expectations were growing for the company to come up with something more dramatic and different. It was reported that Apple worked overtime to deliver iOS 7 for WWDC 2013, and the company's CEO, Tim Cook seemed to agree by stating that his team had been "working incredibly hard on the latest version of iOS." Here's a look at the top features of iOS 7: 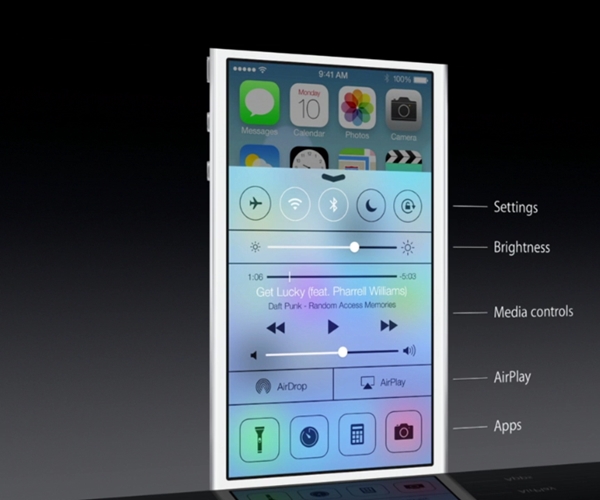 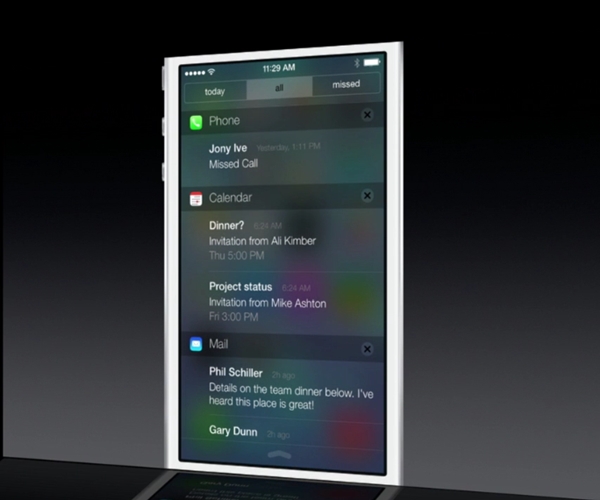 Previous iterations of iOS have been criticized heavily for the lack of a competent notification system. With iOS 7 and Notification Center, Apple levels the playing field with Google Android.

Easily accessible from any screen (including the lock screen) via a swipe down, Notification Center collates all your notifications (emails, missed calls, to-dos and calendar) into one central location for easy viewing. 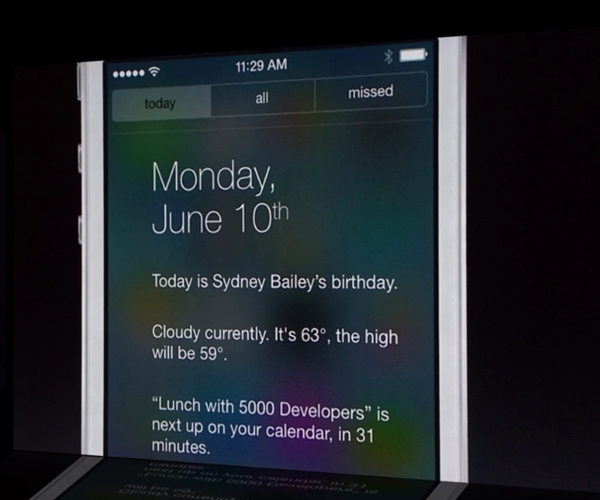 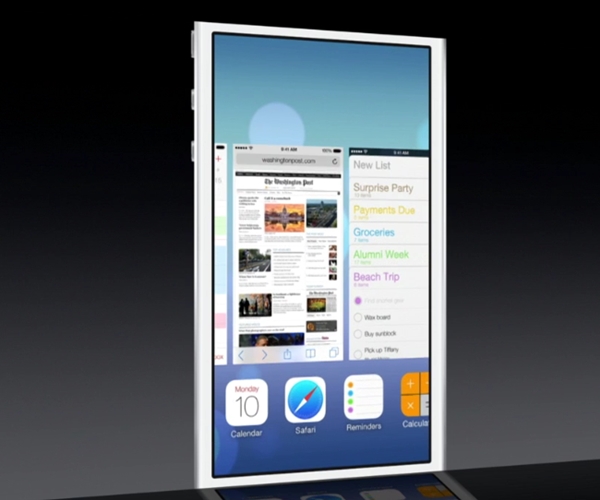 First introduced in iOS 4, multitasking has always been limited to certain apps to avoid draining battery life. With iOS 7, Apple has enabled multitasking for all apps with "great battery life" and is a step ahead of multitasking on other mobile platforms.

The multitasking feature in iOS 7 is "smart" enough to learn and monitor the ways you use your apps. For example, if it detects that you access your Facebook app every morning during your commute to work, it will automatically update the newsfeed even before you access it.

It also adapts to network conditions; it will update your apps when it detects a strong connection signal. Moreover, it intelligently schedules your updates during power-efficient times (when connected to Wi-Fi) to conserve battery.

To multitask in iOS 7, simply press the Home button twice to see preview screens of the apps you have opened. To quit an app, you just need to swipe it up and out of preview. If this seems familiar, a familiar concept was implemented by HTC on its Sense 4 user interface. 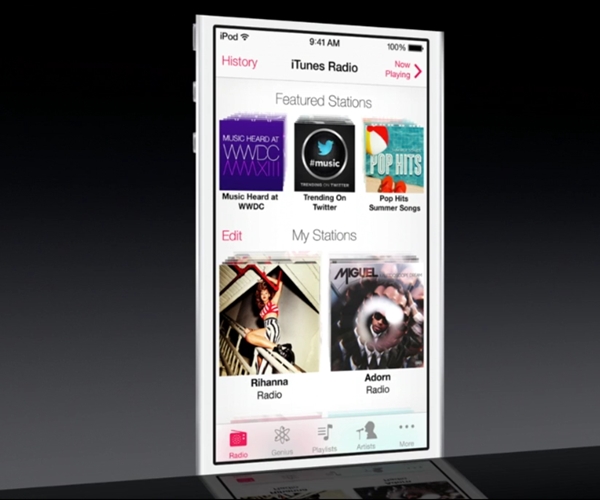 The long-rumored streaming music service from Apple, iTunes Radio is designed to compete with the likes of Pandora, Spotify and Google Play Music All Access.

iTunes Radio is integrated with the Music app in iOS 7, which gives you access to Featured Stations that are inspired from the playlists of songs you are listening to. In other words, the stations evolve based on your musical tastes and choices. The more you use the service, the more personalized your audio experience will be.

You also can create and build your own playlists by searching for any artist, song or genre. As the world's most popular music store, iTunes gives you access to thousands of new songs every week including exclusive tracks from upcoming bands or pre-release albums.

iTunes Radio is free (ad-supported) or completely free without ads if you are an iTunes Match subscriber. The music streaming service works on the iPhone, iPad, iPod touch, Mac, PC, and Apple TV. For now, iTunes Radio is only available in the U.S.