This is why they call the US presidential car “The Beast”

This is why they call the US presidential car “The Beast” 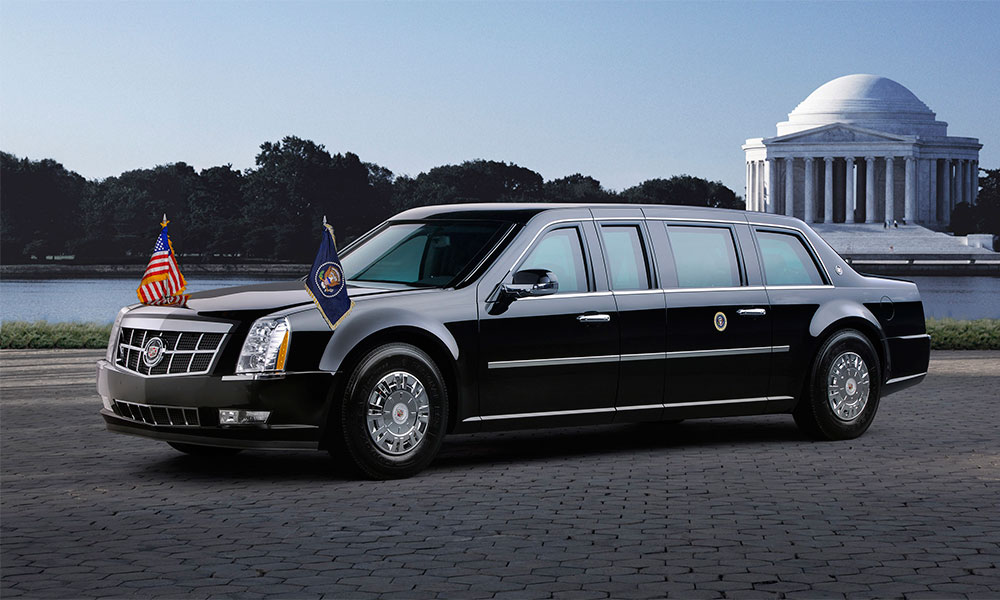 Turn on the TV and chances are you’ll see nothing but footage from the Trump-Kim summit, including video of the motorcade transporting the US President. Eagle-eyed viewers might notice not one, but two identical, massive, black limousines, one of which drives President Donald Trump.

From the outside, the black limousines might look like bulky, oddly shaped automobiles. But there’s a reason why the state car is nicknamed “The Beast” (also, “Cadillac One,” “Limousine One,” and “First Car”). It’s built like one!

As you’d expect, The Beast’s security features are top secret. But here are some things we know from digging around the internets — keep in mind that without an official spec sheet these features should be taken with a pinch of salt. 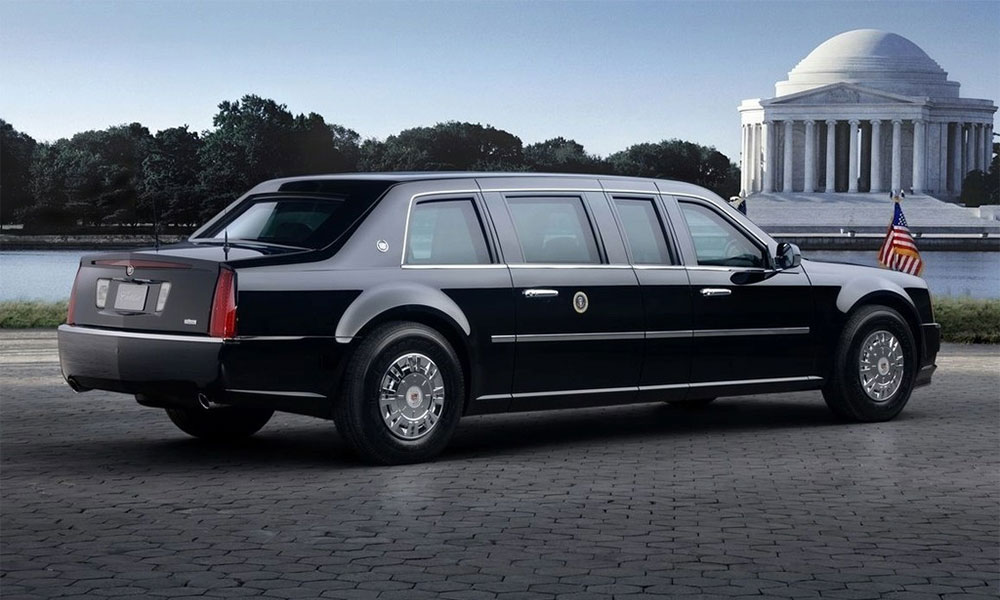 The current Beast is a custom-made Cadillac, built to the specifications of the United States Secret Service. If you think it has a rather top-heavy stance, that’s because it’s equipped with tires that are usually used on medium- and heavy-duty trucks. The tires are reinforced with Kevlar and steel and are supposed to be puncture resistant. The tires are built with steel rims underneath, so even if they are punctured, the Beast can still keep on running.

If you tried to open the Beast’s eight-inch thick doors, you’ll quickly find that there aren’t any keyholes. Apparently, only the Secret Service knows how to open The Beast. The five-inch-thick glass is bulletproof, and only the driver’s window can open, by three inches. The interior can be hermetically sealed in case of chemical attacks and there’s a supply of oxygen on board.

The Beast is tough and ready for anything. Its body is made of military grade armor that’s at least five inches thick. A steel plate runs underneath the entire car to protect it from bomb blasts. The fuel tank is armor-plated and filled with a special foam that stops it from exploding. Bottles of blood in the president’s blood type are kept on board in case of medical emergencies. There’s even a firefighting system in the boot. 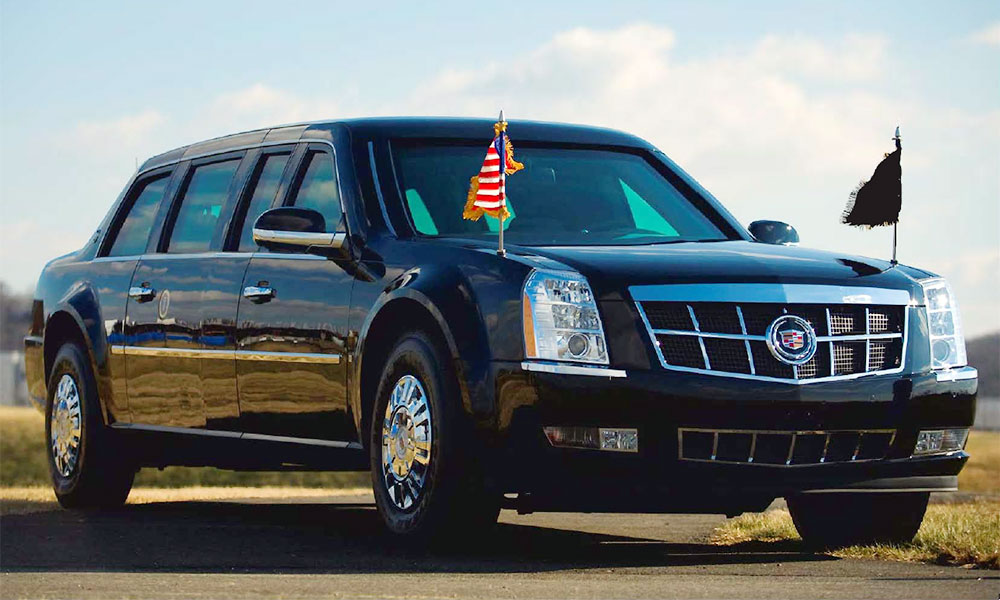 But being built like a tank has its costs. The nine-tonne Beast is so heavy that it can only do a maximum of 60MPH, or 97km/h. It eats gas like, well, a beast, getting 3.7 miles to 8 miles per US gallon.

There are two exact Beasts in the motorcade for security reasons. The one with the president is apparently codenamed ‘Stagecoach,’ while the other one has the less impressive nickname ‘Spare.’ Wherever the US President goes, the Beasts go. The Secret Service transports the armored cars on military transport aircraft around the world. 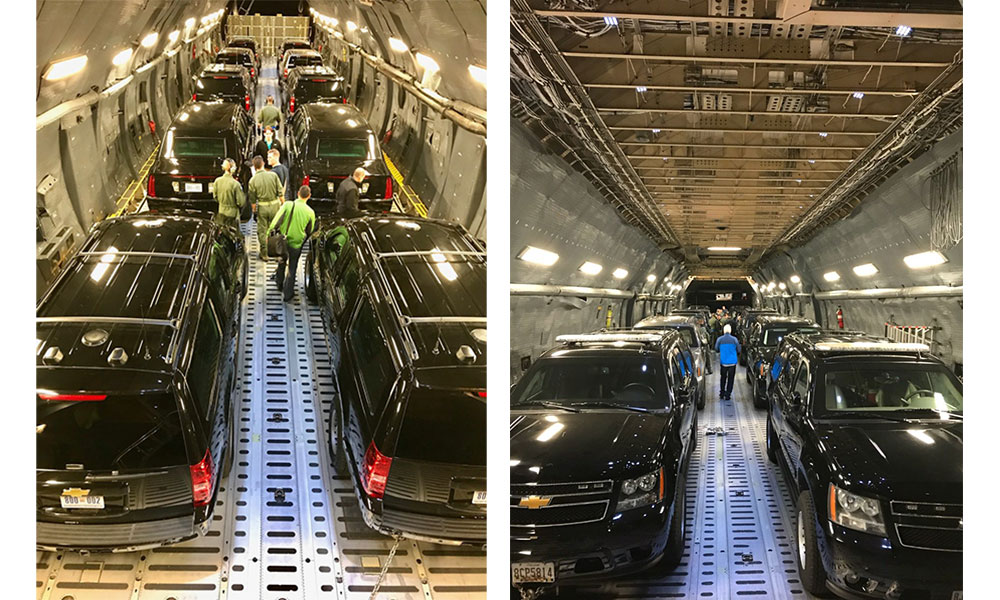 The current Beast came online in 2009 and was the model that drove US President Obama during his inauguration. The rumors are that the White House has 12 copies of the exact same car. The new version of the presidential state car is expected to debut later this year.