Shootout: Owning it in Overwatch with the best FPS gaming mouse 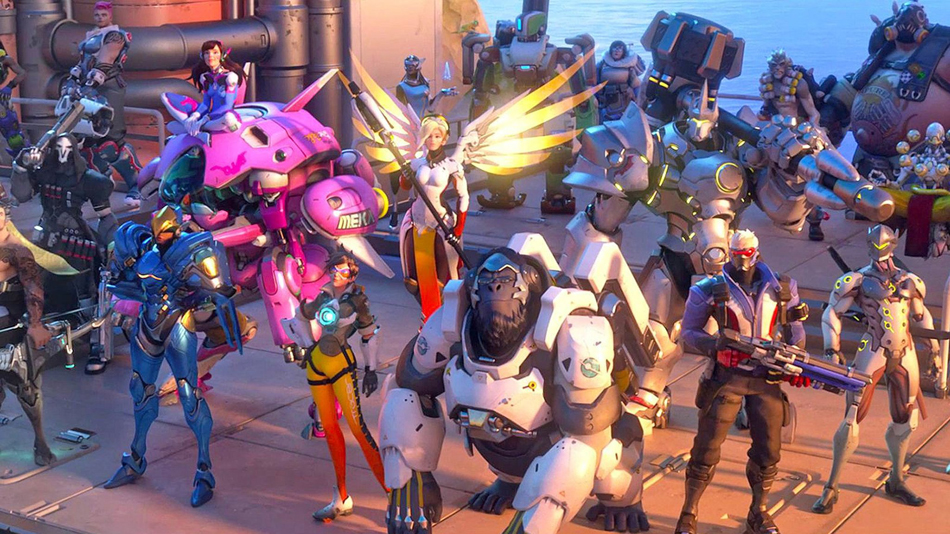 Inspired by the play of pros like ShadowBurn, Taimou, and Miro at Blizzard's recently completed Overwatch World Cup? In this shootout we take a closer look at some of the mice used by top pros to find out which is the best mouse for competitive FPS gaming. 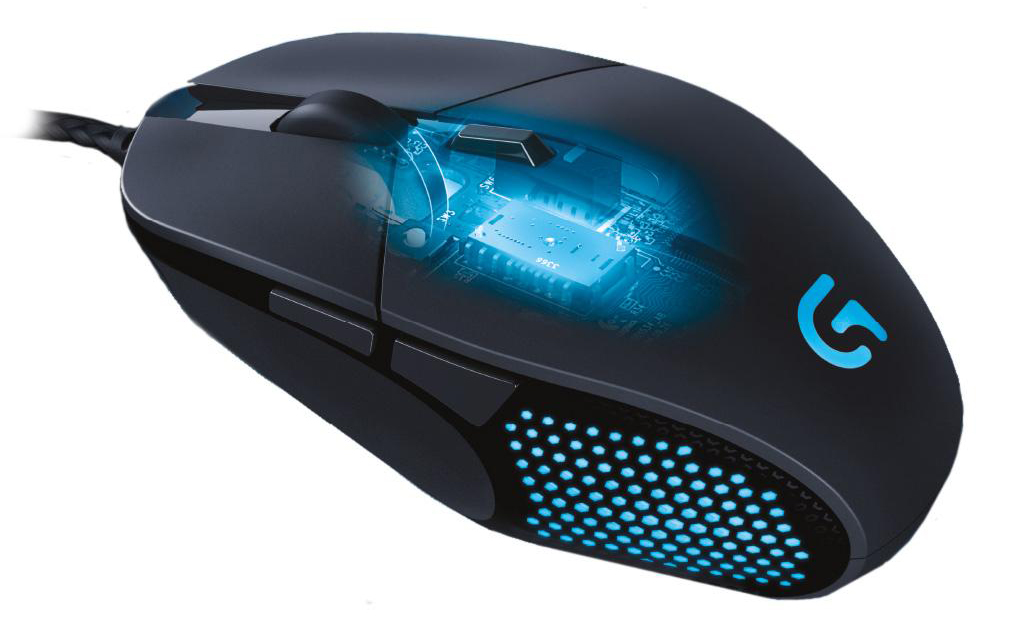 The Logitech G303 has an unconventional design with an angular tapered rear that can take a while to get used to. The narrow rear, short length and low-profile design makes the G303 only suitable for claw and fingertip grips as there just isn’t enough mouse for a comfortable palm grip. On the plus side, its light weight (87g), four PTFE Teflon feet and small size make it extremely fast and nimble. Strangely enough, while the mouse has a symmetrical ambidextrous shape, it only has side buttons on the left-side, which really only makes it suitable for right-handed gamers. The mouse is made of mostly smooth plastic with some shiny plastic trim. It resists fingerprints quite well, but does feel a little cheap. Under the left and right click are fairly light Omron switches. On the left side of the G303 there are two buttons, and behind the scroll wheel there’s a DPI button. The scroll wheel is fully rubberized, with a smooth surface without any texture or ribs to assist in scrolling. It’s a little stiff and the distance between each scroll click is quite large.

The G303 doesn’t require software to operate, but you’ll need to install Logitech’s gaming software if you want to adjust your DPI settings or change the RGB lighting. The mouse has a thick braided cable, which looks and feels nice, but kinks easily.

The G303’s Pixart PMW3366 optical sensor tracks well, and has no acceleration, prediction or angle snapping. It has no native DPI and operates exactly the same between 200 DPI to 2000 DPI, as long as you stick to 50 DPI increments. Having said that, above 2,000 DPI (the sensor can go up to 12,000 DPI) there are some slight jitters that get progressively worse the higher you go.

N.B. The Logitech G303 isn't officially available in Malaysia (instead, we have the G302, which has the same shape, but uses an inferior Avago AM010 sensor). 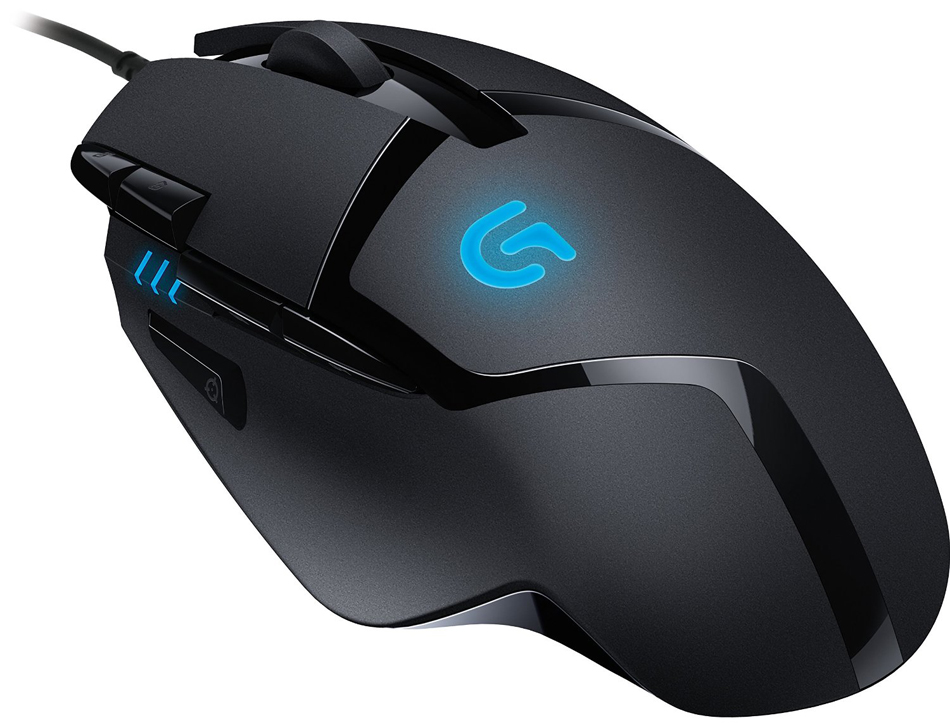 The G402 has a very similar design to Logitech's legendary MX518 gaming mouse, with a large ergonomic right-handed shape that is best suited for palm or claw grips. It has a smooth, matte black plastic build for the bulk of the mouse, with a grippy rubberized material in the thumb and pinky grooves. The mouse is slightly on the heavy side at 108g, but its still fast and maneuverable on the right mouse mat.

The G402 boasts eight customizable buttons that can be configured with Logitech’s downloadable software: left and right click, thumb wheel click, two thumb buttons on the left-side, two DPI adjustment buttons to the left of the left click, and a 'sniper' button on the thumb rest. By default, this button temporarily lowers the mouse's DPI, making it easier to line up a scoped headshot, but it can be turned off or customized for other functions as well. Under the left and right click are Omron switches, while the rest of the buttons are TTC switches. The G402 is powered by a 32-bit onboard ARM processor, and boasts a fast 1,000MHz polling rate for blistering fast reaction speeds. It also supports Logitech’s Delta Zero technology, which is a surface tuning calibration tool, designed to let you fine tune the mouse's sensor for optimal performance on your particular mouse mat or surface.

The sensor inside the G402 is an Avago AM010. It's not Avago's best sensor but it still performs well. At low sensitivity (up to around 2000 DPI) it's essentially flawless, with no acceleration, angle snapping, or prediction. Above 2,000 DPI there are some jitters. The sensor also has some difficulty tracking at speeds above 2.9 m/s, which can be an issue if you use a very low sensitivity. To combat this, you can install the G402's drivers and enable Logitech's Fusion Engine software. This software uses an accelerometer/gyrometer inside the mouse to keep tracking stable when you're swiping over 3 m/s. While this may just sound like prediction, it's actually very accurate, and since it only kicks in when you're moving the mouse very fast, there's really no reason to disable it.

If you're not looking to spend too much on a mouse, the G402 only costs RM199, making it far cheaper than most of the other mice in this shootout. 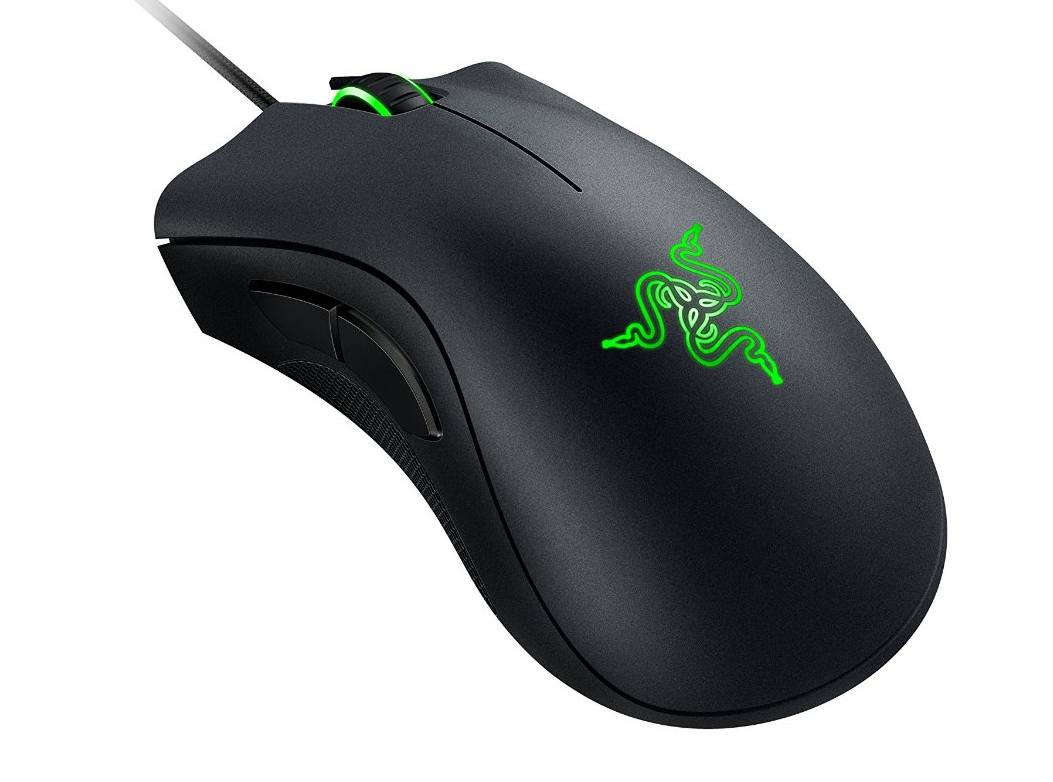 Modelled after the shape of the legendary Microsoft IntelliMouse Explorer 3.0, the Deathadder is a fairly large mouse with an ergonomic right-handed shape and a prominent hump in the middle that makes it most suitable for palm grips. Claw grip users will also fare well, but it’s a bit too big for most fingertip grips.

The Chroma is the most recent version of the Deathadder, and adds RGB lighting and a new Avago 3989 optical sensor. The mouse has a matte plastic finish with a gritty feel. The rough finish is an acquired taste but helps prevent hand slippage, even when your palms are sweaty. The left and right click buttons are contoured and provide comfortable grooves for your fingers to rest in. The switches underneath are unspecified Omron models and are very light, requiring minimum force to activate. While this is nice in theory, it sometimes results in accidental double clicks. Two over-sized side buttons can be found on the left-side, and are a little firmer. Since 2013, the Deathadder has had micro-dot textured rubber grips along the left and right side for added stability. There’s a braided mouse cable, but it kinks quite easily. Unfortunately, there is no dedicated DPI button.

While the Deathadder will work without software, you’ll have to install Synapse 2.0 to be able to configure the mouse. Once installed you can access DPI settings as well as RGB lighting options. You can also rebind one of the side keys if you want to switch DPI on the fly.

The Avago 3989 optical sensor is excellent, and has no prediction, angle snapping or acceleration across its 100-10,000 DPI range. Having said that, its native DPI is 1,800, and it performs best at this setting.