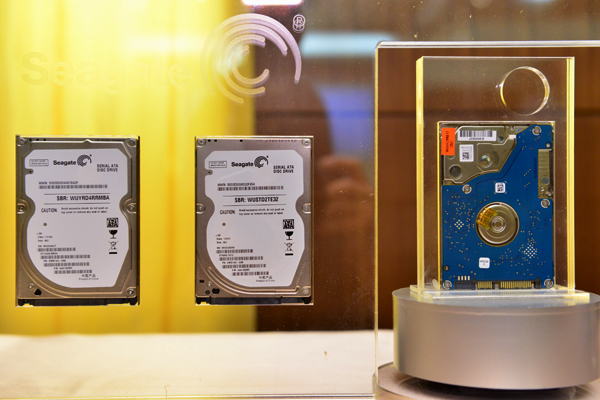 Today at COMPUTEX 2013, Seagate has officially announced that it is shipping its new 5mm Laptop Ultrathin HDD with 500GB of capacity to its OEM partners. This is Seagate’s thinnest hard disk drive ever. The new Laptop Ultrathin HDD was designed to be integrated into the latest ultra-thin notebooks and hybrids. Additionally, thanks to its slim size, Seagate expects their new drive to feature in tablets too, heralding a new genre of high-capacity tablets.

It terms of volume, the Laptop Ultrathin HDD takes up 25% less space when compared to 7mm thick drives. This frees up precious real-estate in portable devices, which could be used for larger batteries or even better air circulation and cooling within the device.

According to BanSeng Teh, Senior Vice President & Managing Director Sales and Marketing for Seagate Asia Pacific & Japan, one of the biggest challenges of coming up with such a thin drive was structural rigidity. Since Seagate anticipates that the drive would be used in tablets, it expects users to grip the tablet with both hands, thus increasing the likelihood of the drive getting flexed. As such, the drive uses stronger cast steel in its construction to prevent the drive enclosure from flexing and damaging vital components inside. In addition, since tablets are easily to handle, the Laptop Ultrathin HDD also features Seagate’s Zero-G sensor technology which automatically parks the head should it detect that it is in a freefall.

Teh also stressed that the Laptop Ultrathin HDD was not created as an alternative to flash drives. Instead, the drive aims to offer OEM partners and consumers the choice of having a high capacity drive in their mobile devices. This could open up the possibilities of tablets with high capacity of storage, which would make them even more ideal for tasks such as watching movies and playing music. 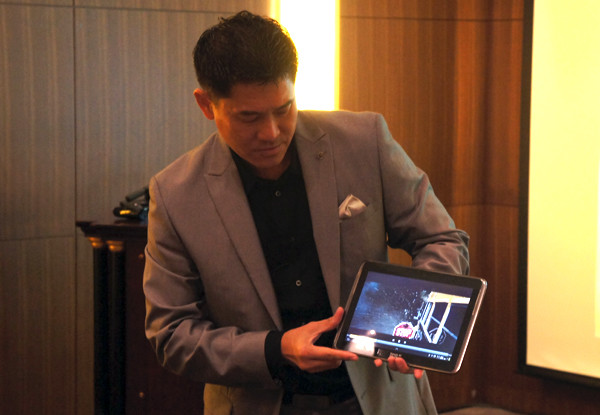 To drive home the point, Teh then showed us a working prototype tablet that was equipped with the new Laptop Ultrathin HDD. He also showed off the shockproof capabilities of the new drive by furiously shaking the drive while playing a video. The video played without a hitch. Perhaps more impressive is the fact that the prototype tablet was not much thicker than an iPad, and yet it has 500GB of storage.

Already, ASUS, Dell and Lenovo have committed to using Seagate’s new hard drive in their products, although it is not yet clear what kind of products they will be offered in.