Review: The Gentlemen is sharp, funny and a return to form for Guy Ritchie

Review: The Gentlemen is sharp, funny and a return to form for Guy Ritchie 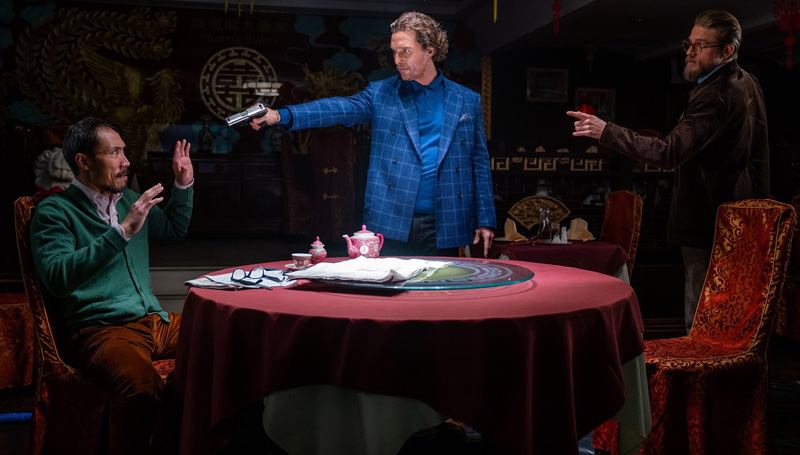 The Gentlemen signals Guy Ritchie’s long-awaited return to the world of gangster action-comedies. The director has had a pretty spotty career for the last decade, going from great movies like Sherlock Holmes: A Game of Shadows and the Man From U.N.C.L.E. to… King Arthur: Legend of the Sword and Aladdin.

The Gentlemen is much, much better than King Arthur: Legend of the Sword and Aladdin. Let’s just start with that.

What’s this flick about? 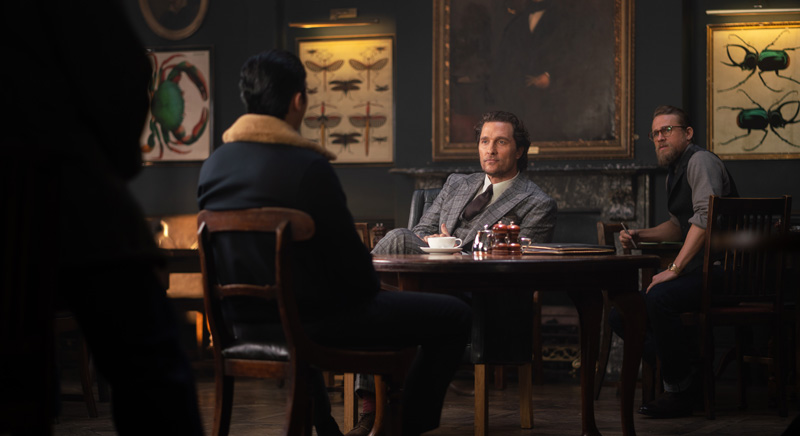 The Gentlemen follows Mickey Pearson (Matthew McConaughey), a marijuana kingpin operating in England. He pretty much has a monopoly on the business, and has become filthy rich as a result. However, when he finally decides to retire and sell away his drug empire, betrayals, schemes and shootouts ensue when criminals around him try to take the business for themselves.

There’s no rest for the wicked after all, and Pearson has a long road ahead of him if he wants to get out of this sale successfully - and alive to boot. Fortunately, he does have some help. Charlie Hunnam plays Raymond, his loyal right-hand man, who assists him in selling his empire to a potential buyer - Matthew Berger (Jeremy Strong).

Unfortunately, Dry Eye (Henry Golding) is another newbie gangster to the scene, eager to make a name for himself by scoring Pearson’s drug empire. There’s also Big Dave (Eddie Marsan), a newspaper editor who was denied a handshake from Pearson at a party, and has sworn revenge against him for it. Topping that all off is Fletcher (Hugh Grant), who blackmails Raymond and his boss for 20 million pounds. Pearson has a doozy of a day ahead of him. 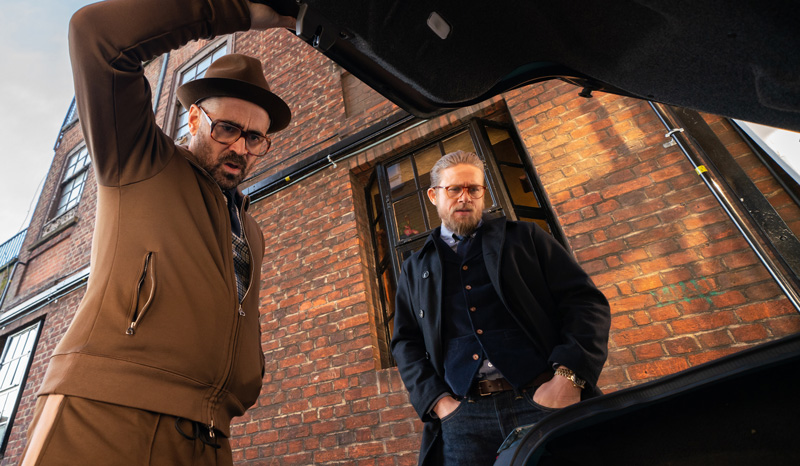 All the hallmarks of a great Guy Ritchie film are here; long, exposition-filled narration, sharp and punchy dialogue, a couple shootouts and a story filled with more twists and turns than is absolutely necessary. The story doesn’t quite reach the director’s heights of Snatch and Lock, Stock and Two Smoking Barrels, but it actually gets pretty close sometimes.

Most of the story is spoon-fed to us via Fletcher, who takes his sweet time explaining to Raymond why exactly he deserves those 20 million pounds. It’s peak Guy Ritchie to have an entire movie narrated by an extremely unreliable character, and a particularly sleazy Hugh Grant pulls it off so well - keeping things from getting too dull by earning most of the film’s laughs. I never really knew I needed a slimeball Hugh Grant - since he often plays romantic leads and posh, uppity officials - but getting casted against his own type really works here. 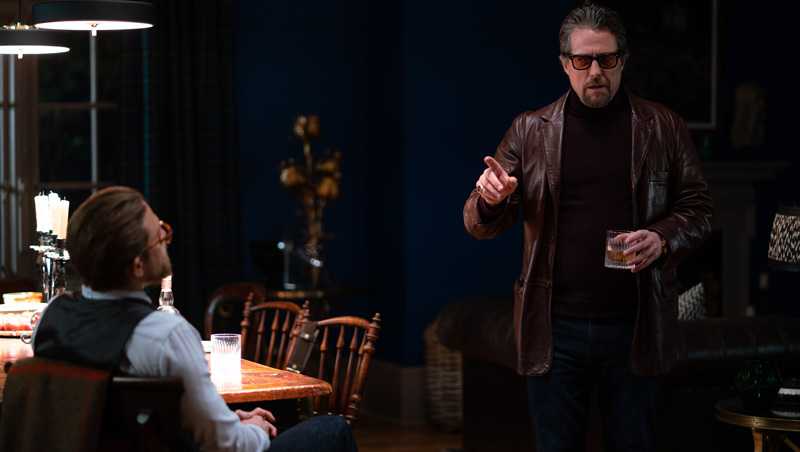 The Gentlemen is a tommy gun full of quips, and all this movie does is fire them at you constantly. Two gangsters endlessly get confused between another thug’s name - Phuc, and its sweary alternative. Fletcher calls Francis Ford Copolla’s The Conversation a bit boring, and runs like a 12-year-old on sports day. Most of the time, the comedy lands - but a couple of racial and political jokes just feel head-scratchingly unnecessary. 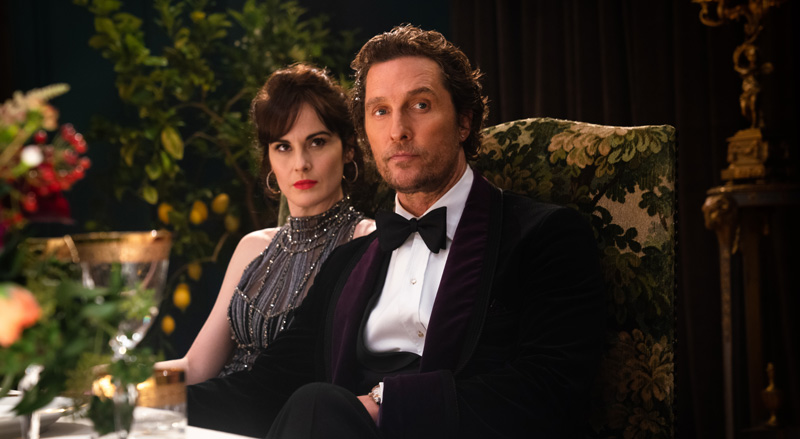 It’s no surprise that Matthew McConaughey does well with what he’s given, but he’s surprisingly outshined by most of his other castmates here. It’s absolutely hilarious to see Jeremy Strong go from playing steel-faced executive Kendall Roy in Succession to an effeminate billionaire here, Matthew Berger, but he really shows off his range.

Michelle Dockery is pretty memorable as Pearson’s wife Rosalind, though she isn’t given much to work with. Colin Farrell was the true highlight here however, and stole pretty much every scene he was in with some really fantastic comedic timing. He did the same thing in In Bruges, and it’s nice to see him return to those sort of comedic roles here. 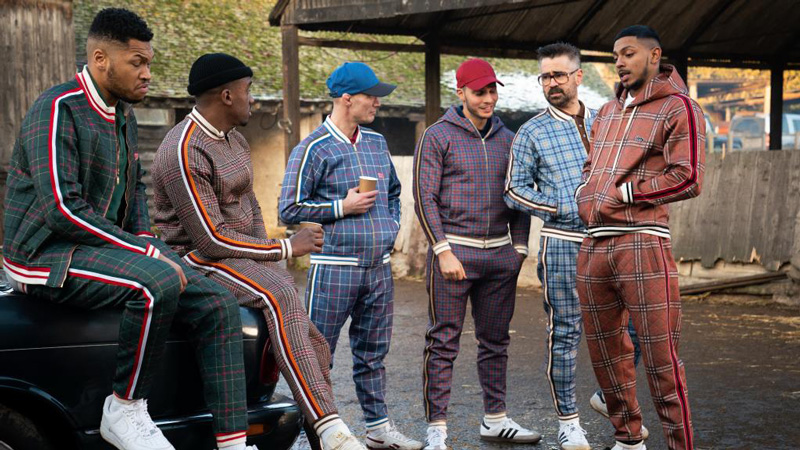 Unfortunately, this is no Man from U.N.C.L.E. While The Gentlemen is a welcome respite from Ritchie’s recent blockbuster efforts, it’ll only remind you of his glory days - rather than take you back to them. The Gentlemen lacks the chemistry of the Man From U.N.C.L.E.’s cast, and the kinetic and twisty narrative of Snatch. While the story has its fair share of twists and turns, all of them play it far too safe. None of Pearson’s empire actually makes sense either, and characters around him often do and say wildly uncharacteristic things for no reason. 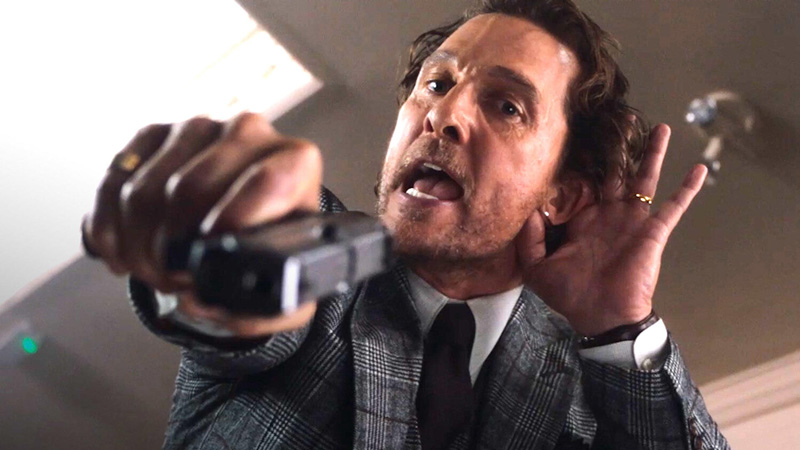 The Gentlemen is a fine action-comedy, with a fantastic cast and a narrative that can pivot from hilarious to intense at the flip of a coin. It’s always good fun to dive into Ritchie’s world of somewhat incompetent gangsters constantly racing against time to win the day. As it stands though, the movie struggles to offer real drama when things get serious, and it becomes predictable as a result.

That's a shame, but it’s still nice to see Ritchie deliver more stylish gangster flicks - no one else does it quite like him.

7 classy tracksuits out of 10