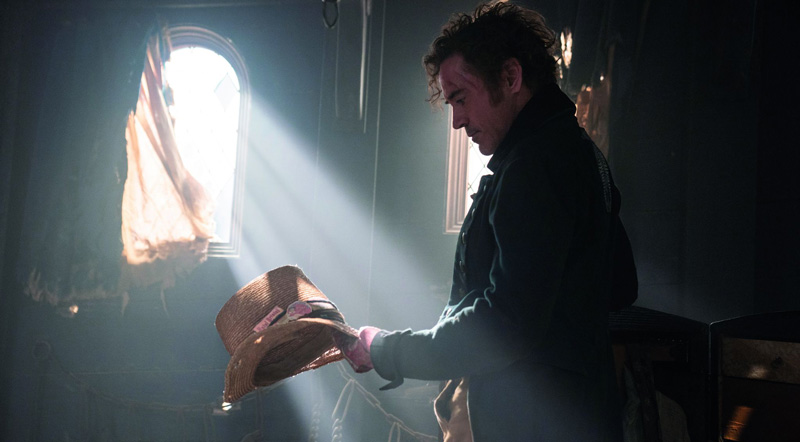 Dolittle is a movie about a man who talks to animals. Simple, right? It’s a pretty difficult concept to mess up. For comparison, Paddington was a movie about a small bear getting used to life in London - and it was excellent. Avengers: Endgame was about several superheroes trying their best to bring half of the entire universe back from the brink of death. Clearly, anything can work for a film, as long as you have the right creative team behind it.

Unfortunately, that isn't the case with Dolittle. This movie is plagued with dozens of mind-bogglingly bad creative choices at every corner, not least of which is Robert Downey Jr.’s horrific Welsh accent. The actor himself described the accent as, “the single hardest accent on Earth.” I believe it. I have never been more grateful for subtitles in my moviegoing life, and Downey has never sounded more like a Welsh alien in his. 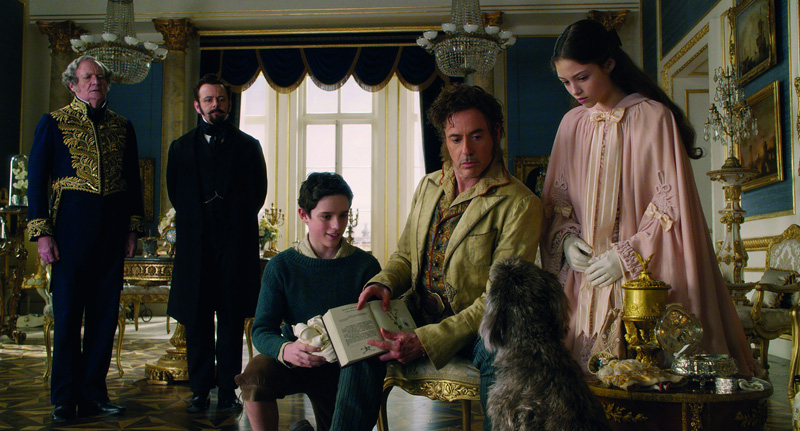 Dolittle starts off well enough. A lovely animated sequence introduces us to Doctor John Dolittle, a man who talks to animals. He runs a clinic in a massive estate, treating humans and animals alike with no prejudice. He also often runs away with his wife on random adventures - until she goes off on her own, and dies at sea. Heartbroken, the doctor shuts himself off from the rest of civilisation, choosing to live the rest of his life out with the few animal friends he still has.

Unfortunately, the movie doesn’t end there. Young Tommy Stubbins comes to meet the doctor after accidentally shooting a squirrel, while Lady Rose coincidentally appears on the very same day, asking for Dolittle’s help to save the dying Queen of England. After much convincing and squirrel-fixing, the doctor decides to set sail and look for the rarest of cures - the only one capable of saving the Queen.

If I have given you the impression that this story has some sort of interesting forward flow, I am very sorry. I expected a wild adventure where Dolittle traipsed across the globe with his animal compatriots too, but what I got instead was him bouncing from one place to the other in the most uninteresting way possible. 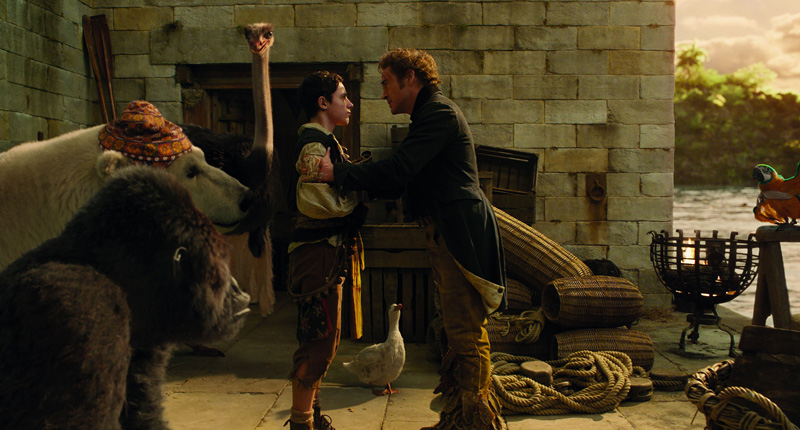 Everything from the writing to the actual visuals you see onscreen just feels so lazy and hackneyed. For example, there’s a sequence where Dolittle and animal gang decide to commit a heist on the pirate island - but what you end up seeing is a weird montage of the crew climbing up walls and sneaking past guards, while a voiceover explains everything they’re doing. The whole thing just smells of ‘we’ll fix it in post’ issues.

Even the jokes miss more often than they hit. For example, a duck offers Dolittle a stick of celery every time he asks for a medical instrument - which is already a pretty stale joke. However, that’s before the movie pops the same joke twenty more times, running it all the way into the ground. That’s the level of comedy you’re looking at here.

What is Robert Downey Jr. trying to do here? 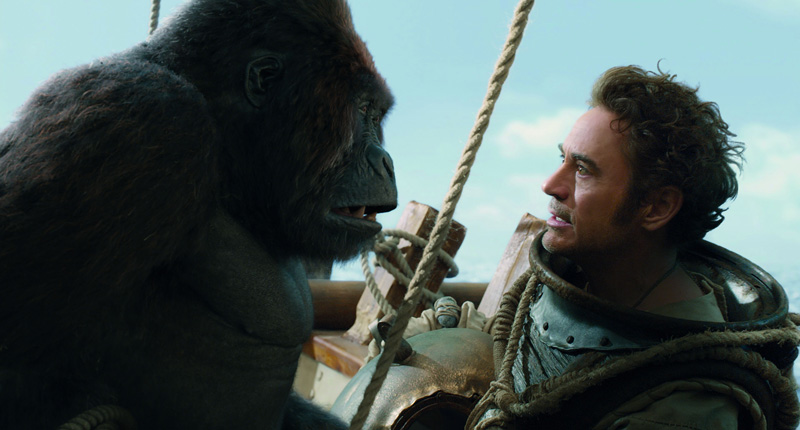 I actually enjoy seeing Robert Downey Jr. flex his eccentric acting muscles in roles like Kirk Lazarus in Tropic Thunder and Sherlock Holmes. His performance here however, is horrifically bad. He rasps and whispers his way through the entire movie in the world’s worst Welsh accent. It's clear that some dubbing was still required after the movie’s extensive three-week reshoots, because you can’t even see him speaking half the time. The camera constantly cuts away from Downey whenever he delivers his lines, forcing you to look at some other animal while Dolittle speaks off-screen.

Harry Collett has a pretty major presence in the film as Tommy Stubbins, Dolittle’s self-elected apprentice, but he just comes off as dull with the material he’s given. The movie is packed to the brim with huge names - Ralph Fiennes, Rami Malek, Emma Thompson and Marion Cotillard among them, but no one shines through. It especially hurts when you have brilliant actors like Rami Malek coming off one of the best TV shows of all time (Mr Robot), to act as the punchline to so many bad jokes. 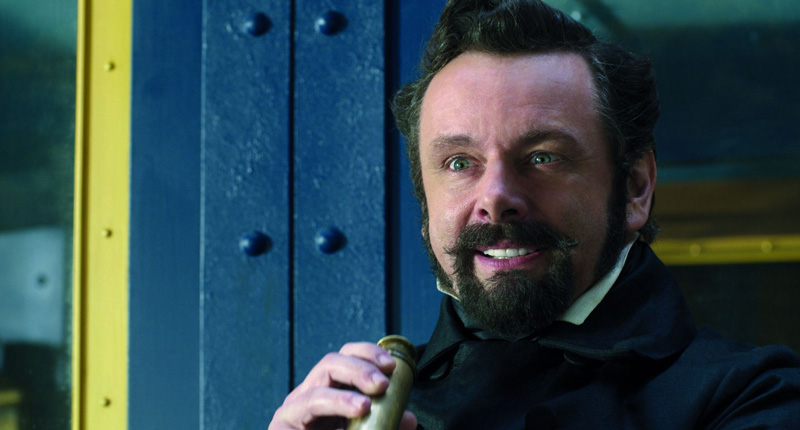 Putting aside the writing and bizarre acting choices, there is still a lot going against this movie. Animal CGI is pretty unnatural - Dolittle picking up a gorilla’s arm like it weighs nothing is a clear example of that. Characters embody the most clichéd, tropey personalities you’re likely to see in a movie of this calibre - from a cheesy, moustache-twirling antagonist played by Michael Sheen, to a gruff pirate who hates Dolittle with a passion (Antonio Banderas).

And what is your pay-off after sitting for two entire hours of this drivel? A climax which involves Dolittle reaching into a dragon’s CGI rear and pulling out several sets of armour and some bagpipes - which of course ends with a hilarious fart joke. Don’t get me wrong, kids might love it. However, I have to imagine that most of us will mentally check out after Dolittle defeats a dragon with the magical power of a much-needed colonoscopy. 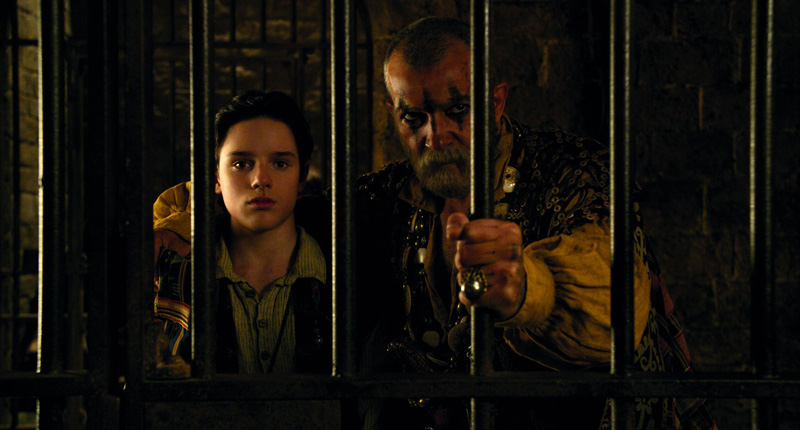 This movie doesn’t make any sense. Ralph Fiennes plays a tiger with mommy issues. Dolittle has a deep relationship with a parrot. Academy Award-winner Marion Cotillard plays a random fox for less than five minutes. Tony Stark explores a dragon’s rectum. The much-talked-about cure appears to be glowing green rambutan. I don’t know what happened here - but I’d watch a documentary on it in a heartbeat.

The movie itself though? Never again.