Review: Birds of Prey is spectacular, action-packed and a ton of fun

Harley's done with the Joker, but who are these Birds of Prey anyway? Birds of Prey (and the Fantabulous Emancipation of One Harley Quinn) is this movie's actual title. It’s a mouthful, but I like to call it BOPATFEOOHQ for short. Much simpler.

In a word? Birds of Prey is surprisingly fun. This is a spin-off of Suicide Squad we’re talking about - a film that soured the reputation of DC's Extended Universe quite a bit. Despite that, fun and over-the-top action, an interesting cast of characters and the most colourful costume design you will ever see in a superhero movie makes Birds of Prey one of DC's most entertaining efforts yet.

Plus, there’s no Jared Leto in this one. Sold yet?

Joker and Harley no more Birds of Prey picks up right after the events of Suicide Squad - where Harley Quinn and her semi-villainous compatriots crushed the Enchantress’ world-ending shenanigans. Captain Boomerang was obsessed with unicorns, Jared Leto’s Joker purred like a cat... It was a whole thing.

During a fun animated opening, we’re told that the Joker has had enough of Harley’s shenanigans and dumped her - and this time, it sticks. A miserable Harley takes up residence in a ratty apartment and spends her next few days crying, clubbing and eating Easy Cheese out of a can. We’ve all been there. 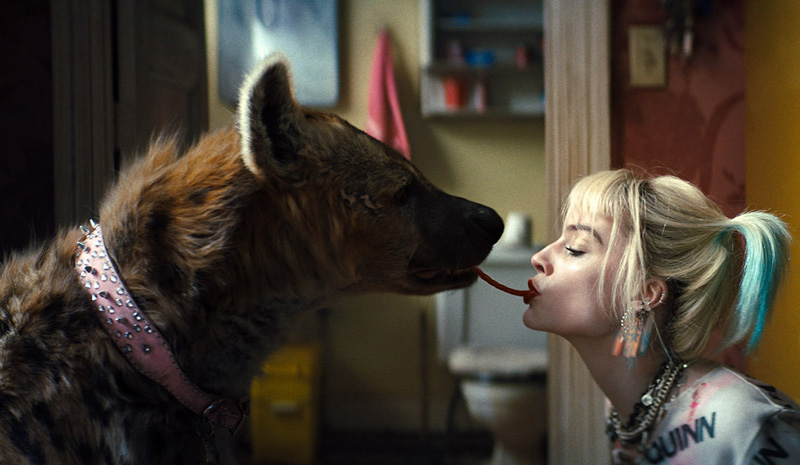 Unfortunately, Joker’s absence has now put a target on Harley’s back. Every single lowlife in Gotham she has angered over the years (read: literally everyone) now has an opportunity for sweet, delicious revenge. Joker’s no longer in the equation, after all. It’s open season for the city’s most unpopular Harlequin.

The story then quickly evolves from being a Gotham vs. Harley Quinn movie to one that involves the mafia, a stolen diamond, a lounge singer, a hyena and a crossbow killer. Birds of Prey is a lot of things - but straightforward isn’t one of them. The whole film is told from the perspective of Harley Quinn after all, and you couldn’t find a more unreliable narrator. I was a little worried when DC announced that Harley was leading a Birds of Prey film. The Birds of Prey of comic lore are a bunch of do-gooders, with Batgirl leading Black Canary and the Huntress in their war against crime. What are they doing here with an insane murderer on their team? It just doesn’t make sense.

Fortunately, things don’t shake out that way, and I daresay that fans of the Birds of Prey are going to be pretty happy with how the team is portrayed here. Jurnee Smollett-Bell plays Dinah Lance/Black Canary, a lounge singer in the crime lord Roman Sionis’ (Black Mask) club. Smollett-Bell does a good job with the character, but Rosie Perez does even better with hers.

Perez is actually fantastic as Renee Montoya, a detective in Gotham City’s police department building a case to take Sionis down. She ended up becoming one of my favourites out of the whole movie, with Perez bringing a level of maturity to the character I really wasn’t expecting. Mary Elizabeth Winstead practically runs away with this movie as Helena Bertinelli/the Huntress. Winstead’s deadpan delivery is an absolute riot, which makes it all the more disappointing that her character gets the least screentime out of the lot. But… we’ll get to that later.

Lastly, Ella Jay Basco plays a street rat named Cassandra Cain. Honestly - the less said about her, the better. Birds of Prey essentially tore apart every single thing that made Cass such an incredible character in the comics (Orphan, a mute superhero capable of beating even Batman). Basco can’t really act either - but not every child actor can live up to the standards set by the Stranger Things kids.