What is this show, even? 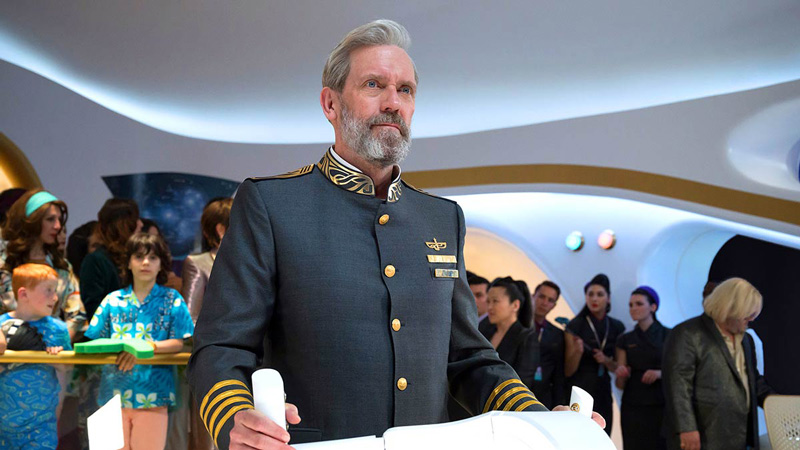 Armando Iannucci’s new HBO sci-fi comedy Avenue 5 is about as Iannucci as you can get. The comedic genius is known for fast-paced storytelling packed with an extraordinary amount of zingers and creative insults, seen in shows like Veep and In the Loop, and movies like the Thick of It and the Death of Stalin. His satirical takedowns usually go for the political jugular, but here he takes on… space tourism? That’s right - this show is set in the far-flung future, in an interplanetary cruise ship called the Avenue 5. The people onboard are rich, spoiled and thoroughly unprepared for a catastrophic disaster of any kind. So, of course the ship undergoes a catastrophic failure when its systems begin to malfunction - sending the cruise ship far off-course. Engineers estimate that the ship will take years to arrive back to Earth, turning their month-long cruise into a slightly longer vacation in hell.

Iannucci works best when characters are thrown into total chaos, so it takes all of seven minutes for these events to kick off. We’re given short introductions to all the main players first, though. Hugh Laurie stars as Ryan Clark - the friendly and unflappable captain of Avenue 5. He’s a total hoot throughout, and by far the show’s biggest draw. Suzy Nakamura is Iris Kimura, an associate owner who helps out the actual owner of the ship, Herman Judd (Josh Gad). Judd's entire personality is summed up when he asks for the colour of the ship’s restaurant to be changed, saying, “We'd sell more steaks if the restaurant was completely red. That's science, probably.”

The always-amazing Zach Woods plays Matt Spencer, head of Customer Relations. It becomes very clear as the disaster unfolds however, that Matt is a nihilist who is entirely unsuited for customer relations. He is even told at one point that he should never speak to human beings, to which I agree.

Rebecca Front plays an incredibly annoying passenger, Karen Kelly and Lenora Crichlow rounds off the main cast as Billie McEvoy. Billie steals the show almost instantly as a stressed-out engineer, running back and forth to fix new problems as they arise, while also coming to the realisation that she might be the only capable crewmember in the entire ship.