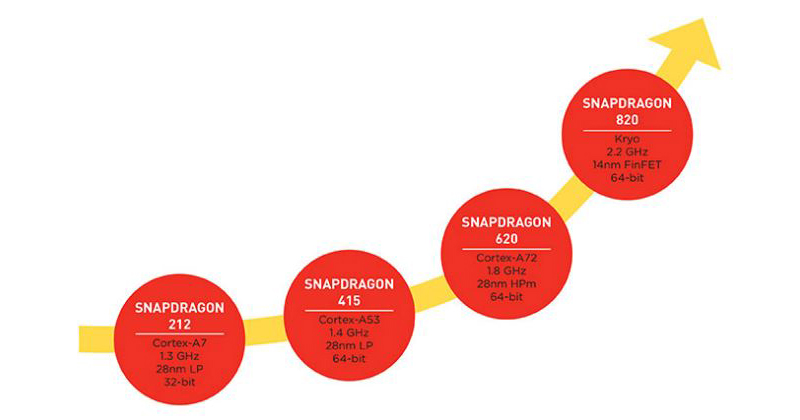 For all intents and purposes, the Snapdragon 810 was something of a stopgap solution. Qualcomm didn’t have a custom-designed core of its own at the time, and after being taken by surprise by Apple’s 64-bit A7 chip in the iPhone 5s, Qualcomm opted to go with ARM’s stock Cortex-A53 and A57 cores for the 810. The 810 had its roots in less-than optimum conditions, and the result was an SoC that was plagued with problems before it was even released and never really lived up to its potential.

Enter Kryo, Qualcomm’s first custom-designed 64-bit CPU core. Now, Qualcomm has been able to engineer cores designed expressly to work with the other elements of the SoC as part of a comprehensive heterogeneous computing architecture, which means better performance with fewer compromises. Coming from the ARM cores on the Snapdragon 810, Qualcomm has moved from TSMC’s 20nm HKMG planar process to Samsung’s more efficient 14nm LPP (Low Power Plus) FinFET process, which should help it overcome the overheating issues that bogged down the 810 and even attain higher clock speeds.

In fact, this is the same process used by the new Samsung Exynos 8890 processor in the Galaxy S7 and S7 edge. And judging by the stellar performance of the Exynos 7420 that used the earlier 14nm LPE (Low Power Early) FinFET process, we can certainly expect good things from the Snapdragon 820, especially considering that 14nm LPP reportedly offers even better power efficiency than LPE. On top of that, 14nm LPP features changes to the transistor structure and process optimizations as well, including the use of a taller fin height compared to 14nm LPE for instance. 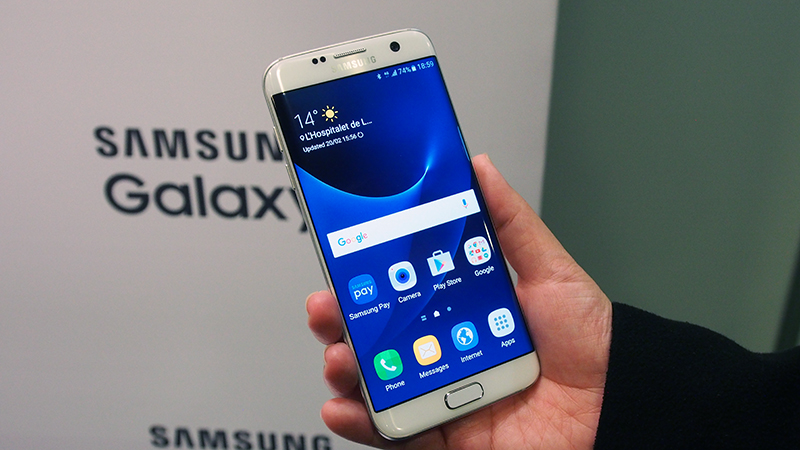 Furthermore, as in the desktop space, there’s been constant debate about whether more cores is indeed better. Chipmakers are having a field day with their own interpretations of the optimal solution, ranging from Apple’s dual-core A9 chip to the 10-core MediaTek Helio X20. As it turns out, Qualcomm is taking something of a middle ground here, and the Snapdragon 820 will have just four CPU cores.

The four Kryo CPU cores are arranged in a dual-cluster, heterogeneous configuration, much like ARM’s big.LITTLE design. In the latter arrangement, the performance-oriented Cortex-A57 cores and more power-efficient Cortex-A53 cores are separated into “big” and “LITTLE” clusters respectively. They then work in tandem with each other, but with each core doing the work it has been designed for. So if the phone was running low-intensity tasks like Web surfing or texting, only the Cortex-A53 cores would fire up. But launch a graphically intensive game, and the A57 cores will take over. The overall effect of this is lower power consumption and better battery life.

Similarly, the two Kryo CPU clusters are optimized to operate at different frequencies and power levels, even though their underlying architecture of each core is the same. The two cores in the lower power cluster operate up to 1.6GHz and share a 512KB L2 cache, while the other two cores in the high-performance cluster operate at frequencies up to 2.2GHz and share a larger 1MB L2 cache. Qualcomm says that it has deliberately omitted an L3 cache because the potential benefits did not trump the extra cost in higher energy consumption and die space.

All in all, Qualcomm is claiming up to twice the power efficiency over the Snapdragon 810, and also twice the performance. Of course, we’d be naive to believe that this will play out in the real world, so do expect significant improvements, but not a literal doubling of performance.