The PUBG Mobile Club Open tournament kicks off with a US$2.5 million prize pool 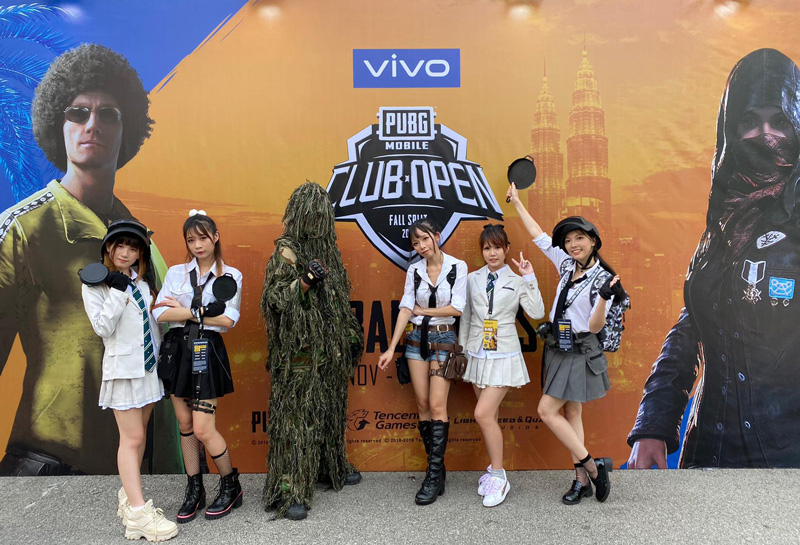 The PUBG Mobile Club Open (PMCO) 2019 Fall Split Global Finals have kicked off, and with no small amount of fanfare. The event is being held over the weekend at the Putra World Trade Centre in Kuala Lumpur, Malaysia, and it is massive. There’s a US$2.5 million prize pool!

The opening ceremony alone was something to behold, with a massive truck being brought out onto stage while rock music played. The crowd went wild as each team was introduced - though they might've just been impressed by the stage's built-in flamethrowers. It really was something to see. PUBG Mobile is far, far more popular than its PC counterpart here in Malaysia - and it shows.

The first day of the PMCO 2019 Fall Split had four matches - here’s what went down. 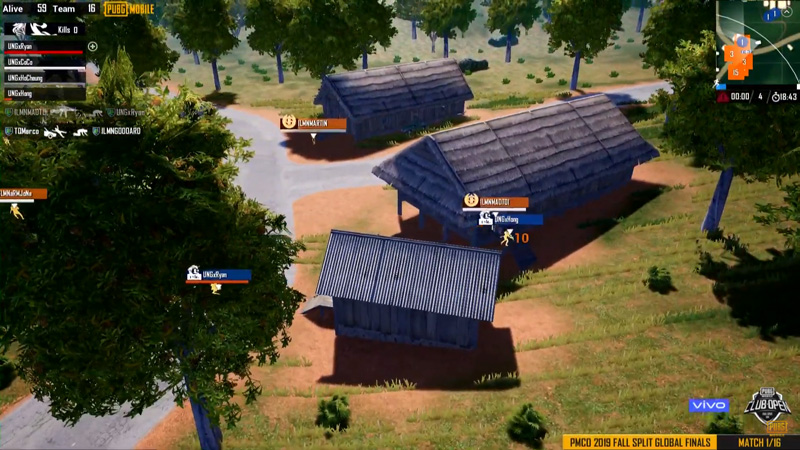 Being the first match of the day, there was palpable excitement as players started to drop onto Sanhok. However, most of them veered on the safe side for the most part here, with very few eliminations until the ever-closing ring forced their hand.

The fight ended in a forest, with three teams belly-down on the ground - Top Esports, Bigertron and All Rejection Gaming Wistaria. All Rejection fell pretty quickly despite a successful last-minute revive. Luxyy from Bigertron found a cosy spot in the low ground, allowing him to get Top Esports one-by-one from long range. Bigertron won first place in this match, with Luxyy getting the last kill. 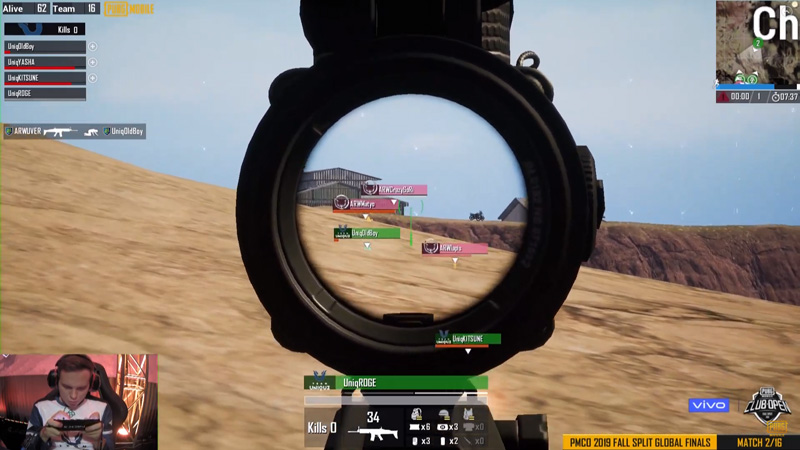 The second match kicked off with a whole lot more energy. Top Esports was the first team to get eliminated, fairly early on in the match. Several teams found themselves in the same area, and started finding shelter to avoid getting shot down. Bigertron found the high ground this team around, while Soul got eliminated. Soon enough, EGC crashed the party and Yoodo got brutally eliminated, with its last player getting lit on fire.

The final portion of the game took place on a rocky hill, with players having a hard time getting one up on the other due to the amount of cover everyone had. EGC KR Black, Cloud 9, Entity Gaming, Illuminate the Murder and Unicorngaming were the last five standing. It came down to just Illuminate and Entity - with Entity below a slight cliff, able to dodge their opponents’ shots from above. Eventually, Illuminate’s Madtoi had enough and jumped off the cliff, shooting up Entity player Jonathan on the way down and securing a win. How’s that for a final kill? 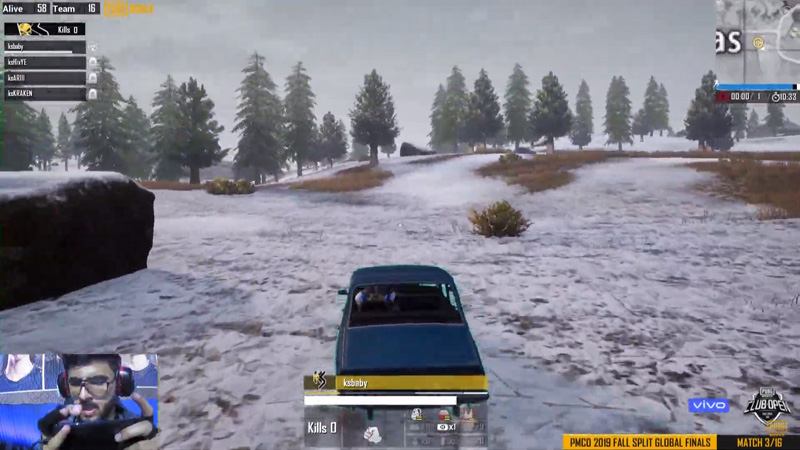 Match 3 had a slow start, but wasn’t any less exciting for it. Things kicked off when Illuminate invaded a house occupied by Entity - which ended in a brutal 4v2 shootout that Entity lost. After the first team elimination of the game, things ramped up pretty quickly. Teams started falling like flies after that, and the top five gathered in and out of a villa - Team Queso, Soul, Unique, All Rejection and Cloud 9.

A game of cat and mouse followed, with every player sticking to walls and floors to avoid a hail of bullets. The Queso eliminated All Rejection, but Soul member ClutchGod lived up to his name and wiped out three of their members in return. It all ended with the most unlikely of wins - Team Soul and Unique both being trapped outside the circle with very little health, and Soul winning out by simply not dying first. 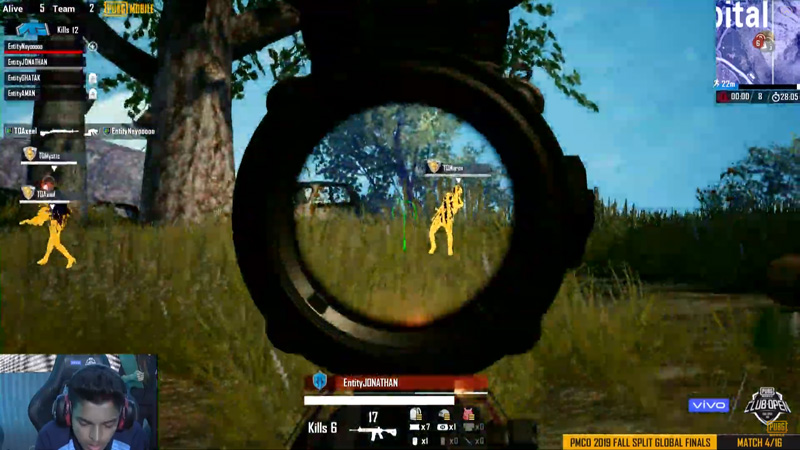 Match 4 started off with some road rage. Top Esports member Hopeqaq spent a very, very long time trying to run over EGC player Penguin - to the audience’s amusement. Orange and Entity ended up looting the same area, which inevitably led to a clash between the two. Orange put up a valiant enough fight, but they were the first team to go for this match.

This game ended just like Match 1, with a forest shootout. The last three surviving teams - Queso, Entity and Illuminate fought it out within a rapidly closing circle. Entity wiped out Illuminate, and wound up in a 2v4 battle against Queso. Unfortunately, the numbers just weren’t in their favour, and Entity lost this one. The final chicken dinner of the night went to Queso, who somehow managed to keep all four members of their team alive long enough to claim the win.

So far, it’s been a very impressive tournament, especially for a game like PUBG Mobile - a game that's rife with graphical issues. The crowd clearly loved every second of it, and the matches were suspenseful enough to keep their interest.

Malaysian team Yoodo Gank was a crowd favourite, but unfortunately didn’t perform so well today. They were undeterred though - during interviews afterward, they simply laughed it off and said they’d try harder tomorrow.