Recently, OKI Data Malaysia invited us to join an excursion to Japan in order to meet its top management and learn about the company's plans in Malaysia. 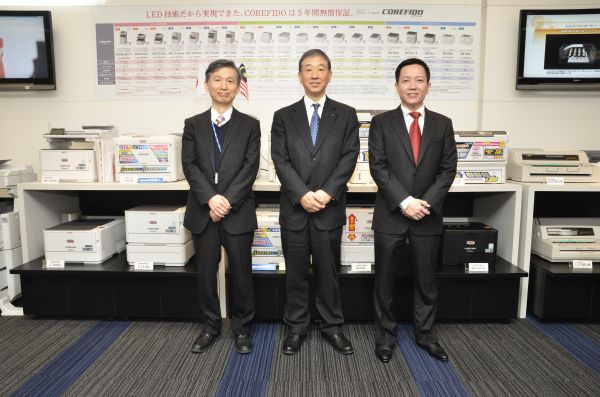 At the event, we were able to meet Takao Hiramoto, who is the President for OKI Data Corporation, as well as Director and Senior Vice President for OKI Electric Industry Co., Ltd. We also were able to meet several other individuals from OKI's top management, including Hiroshi Endo, Corporate Officer and GM, Products Business Department, OKI Data Corporation; as well as Tetsuhei Kawamura, GM, Overseas Marketing & Sales Division, OKI Electric Industry Co., Ltd. The meeting began with Hiramoto delivering a brief overview about OKI. He said that OKI's general strategy for this year and the foreseeable future is 'Growth Through Diversification'. He explained that OKI isn't only about printers. It has six main businesses that deal with telecommunications, social infrastructure, systems hardware, solutions and services, electronics manufacturing, and of course, printing. Among these businesses, OKI Data has established itself as one of the largest divisions, with a worldwide presence - the company has offices in places like Thailand, Malaysia, Singapore, the U.S., and even China.

Hiramoto further explained that OKI Electronics will be concentrating its efforts on each and every of these businesses, though a large amount of focus will be given to the printing division. According to Hiramoto, OKI's current office printing solutions will remain a viable source of revenue, but there exists an industry that's yet to be untapped - the professional market (an example would be those who need to print commercial photographs). To tap into this market, OKI Data will be aggressively promoting devices like the 5-station C941. He ended by saying that Malaysia remains one of the strongest markets for OKI Data, and the company will continue to focus its efforts in this country. Once Hiramoto had finished his explanation, Endo took over to talk about LED Printing - the technology that has made OKI printers synonymous with reliability and quality. How exactly the LED Printing works requires a page long explanation, but it can be summarized by the following: an LED head projects light unto a lens array, and the lens array sends a signal to an image drum that then tells the toner where and how to place an image on the paper. This technology is simple, allows for fast printing speeds and most importantly, allows OKI printers to print highly detailed images. Perhaps the most interesting bit of news from OKI Data though, was that the company has plans to bring in ATMs to Malaysia. OKI has been producing ATMs since 1982, so they are well equipped to take on this market. Kawamura explained that the company is currently in discussion with a number of local banks to make use of their ATMs. Among the features of OKI's ATMs include "Cash Recycling". In a nutshell, it replenishes its cash repository by using the cash from customer's deposits. This reduces the downtime of ATMs by reducing the number of times a bank has to replenish the supply of cash in an ATM. 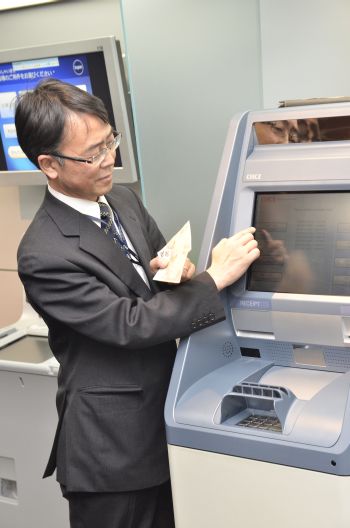 Before the excursion ended with a tour of the latest products from OKI Data, Hiramoto assured us that Malaysia will remain as one of the most important locations for OKI's expansion plans.