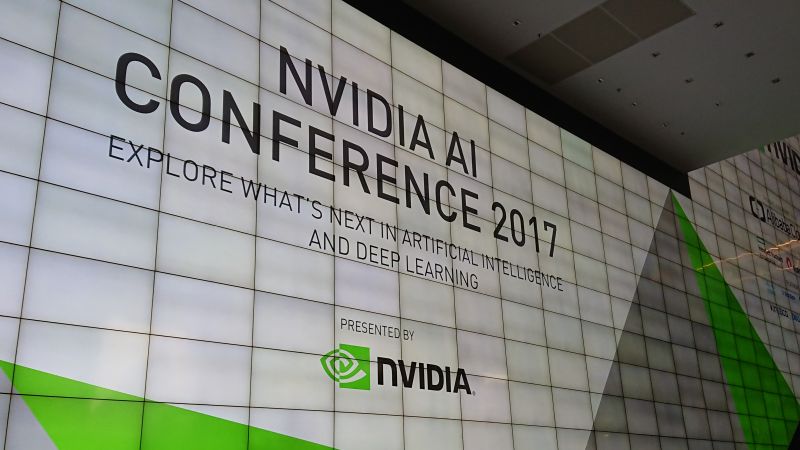 Long before the idea of AI was made the foundation of AI, as well as the idea of finally being able to harness its potential, had long been set into place. In the Southeast Asian region, specifically, Singapore became the focal point of NVIDIA’s mission, especially since its goals were in line with the country’s own endeavor in turning it into a smart city.

It’s been two years since the city state set out to do just that, so we decided to head down south and attend the NVIDIA AI Conference, just to see what they brought down to the city. 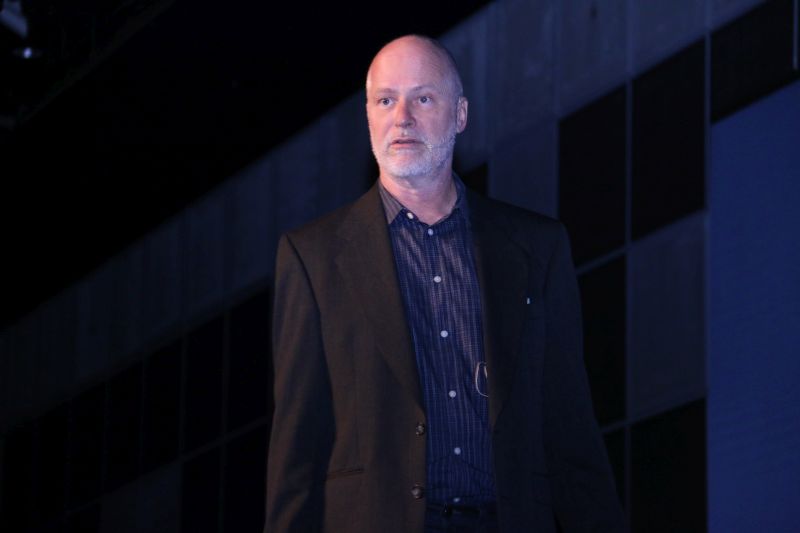 Much like its annual GPU Technology Conference (GTC), Deep Learning, HPC, and AI were the main topics of discussion, and also integral subjects in the company’s.

The conference’s keynote essentially opened up with what NVIDIA had originally announced back in prior GTC events (since GTC 2014, by our count). During the keynote, David B. Kirk, NVIDIA Fellow, recapped on AI advancement came about with the two major forces in computing: 40 years of CPU computing trend, and the arrival of what is known by NVIDIA as the ‘Big Bang of Deep Learning.’ 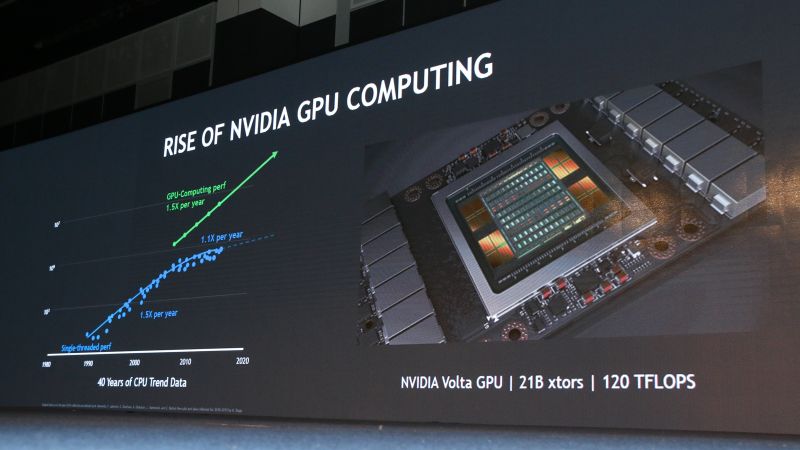 Of course, Kirk also spoke briefly about the creation of Volta, which is the company’s next-generation GPU architecture, set to replace the nearly two years old Pascal GPU. Lest we all forget: making graphics cards for graphically intensive games and programs is, and still is the company’s bread and butter.

That being said, driving Deep Learning inference and computations require a lot of power, and if wasn’t already quite apparent, it is NVIDIA’s GPU power that has been the driving force behind the majority computations in a multitude of institutes around the world.

Case in point: The MASSIVE supercomputers, housed by Monash University in Australia, are used to process and run inference for data related in the fields of medicine, diseases, and other ailments. 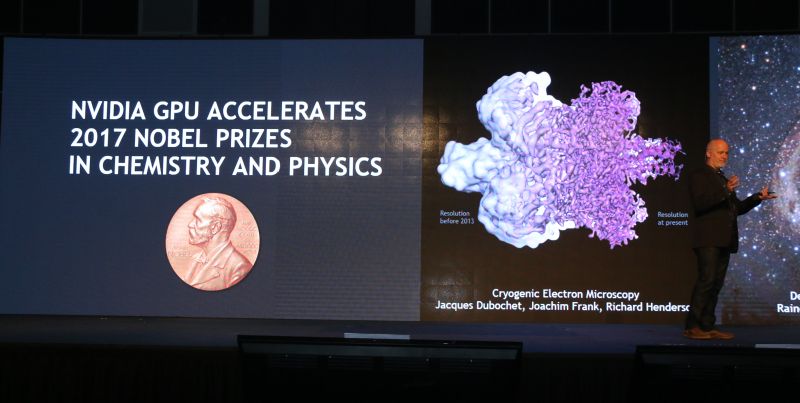 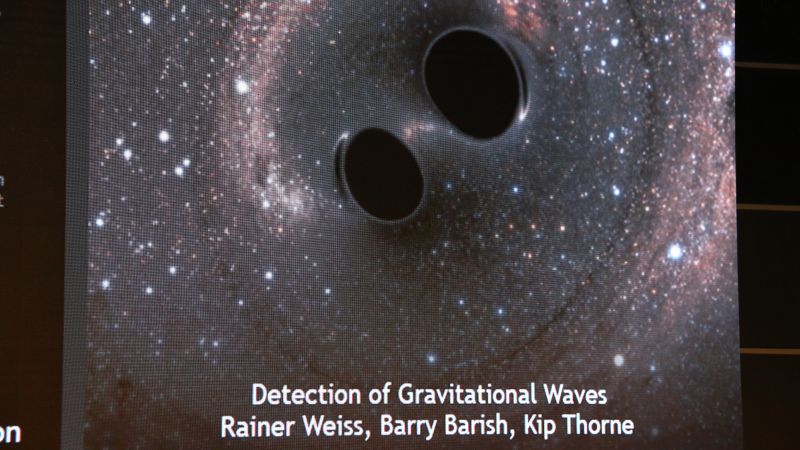 Beyond the natural world, NVIDIA’s GPU have also been used in the study of gravitational waves cause by two blackholes (they also studied the theoretical shockwave that was cause by it). 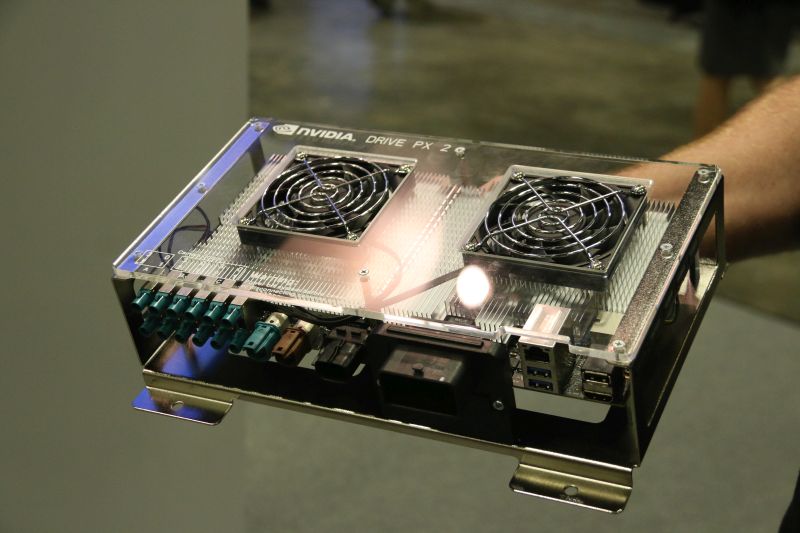 Naturally, it wouldn’t have been an NVIDIA event without them talking about the implementation of AI in autonomous vehicles and the field of robotics. To that end, the company actually showed a video of its infamous BB8 autonomous self-driving car and how it had come after having clocked in several hundred thousands of miles. Naturally, this was all done via the company’s current Jetson Drive PX2 self-driving, self-learning GPU platform.

As we’ve actually discussed the topic of self-driving AI and robots at length in our earlier GTC 2017 coverage, you can read more on the subject there.

The applications of NVIDIA’s GPU technology into the realm of AI and Deep Learning was endless. Besides what was announced during the keynotes, we also saw some fun and interesting ways of the GPUs. Applications such as the artistic style transfer allows an NVIDIA-powered system to learn of a painting style and then implement it on to either a video or a picture. 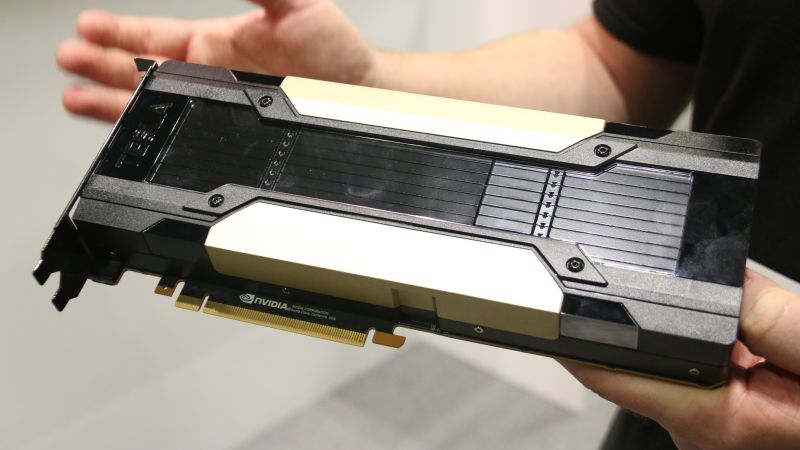 Giving back to the (science) community 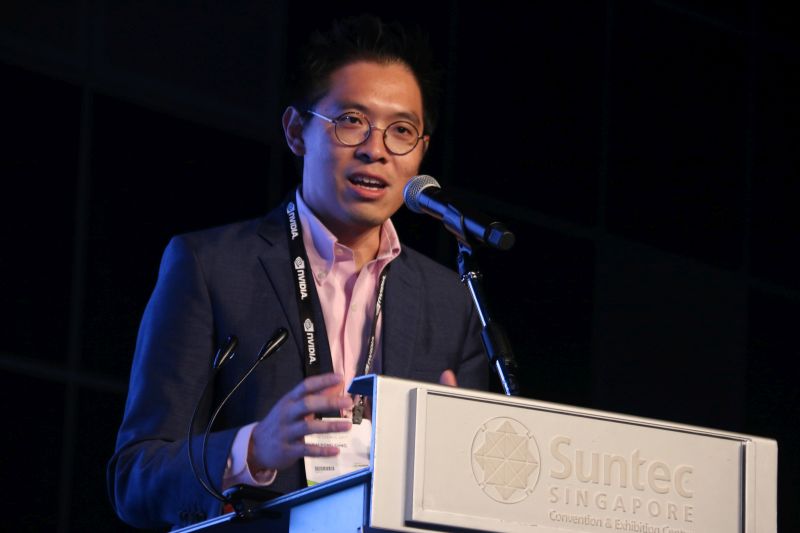 Perhaps the biggest announcement during the keynote came when Chng Kai Fong, Managing Director, Economic Development Board (EDB) in Singapore announced that both his organization and NVIDIA were launching the EDB-NVIDIA Future Talents Program.

The new partnership was formed in an effort from both teams to develop and train a strong pool of talents passionate in the field of AI in Singapore.

Under the program, 30 post-graduate scholarships will be awarded to citizens and permanent residents of Singapore to study the finer details of Deep Neural Networks (DNN), machine learning, and architecture development of GPUs.

“Electronics enables the adoption of AI in applications such as autonomous vehicles, advanced manufacturing, and fintech,” Chng Kai Fong, Managing Director of EDB, said. “Singapore’s strong electronics ecosystem brings us closer to our vision to be a Smart Nation. The EDB-NVIDIA Future Talents Program will help us to build the next generation of AI talent in Singapore, and strengthen our position as a hub for AI development and adoption.”

In conjunction with this partnership, NVIDIA will also be establishing an AI Lab at the Singapore University of Technology and Design (SUTD).

“Through the scholarships and the establishment of the AI Lab in SUTD, NVIDIA hopes to nurture AI talent that can help Singapore with its Smart Nation initiatives. Our GPUs are transforming industries across the world and we believe that we can help Singapore transform and advance with deep learning,” Raymond Teh, Vice President of APAC Sales and Marketing, NVIDIA, said.

Following the announcement, NVIDIA also signed an agreement with Singapore’s National Supercomputing Center (NSCC). This partnership will be used to bolster the AI capabilities among its academic, research, and industry stakeholders.