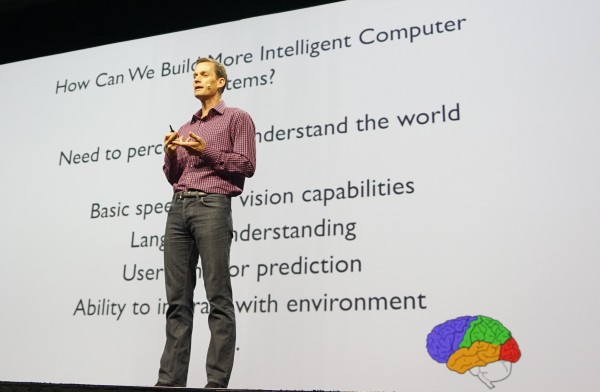 If you read our day one coverage of the GTC 2015 yesterday, Jen-Hsun Huang, CEO of NVIDIA, mentioned on several occasions during his keynote that Deep Learning is a field that the company was clearly focused on.

Deep Learning, more commonly known as Deep Neural Network (DNN) in academic circles, is in essence, a form of artificial intelligence (also more commonly known by its abbreviation, A.I.) which was developed almost three decades ago. The goal of its development was to create a system that would learn, adapt, and then perform a set of parameters or functions. These functions, as we mentioned yesterday, could be set by the programmer and researchers themselves, and it could be anything from facial or data recognition, or a self-learning and self-executing program.

The latter of that description was the primary point of Jeff Dean, a Google Senior Fellow within Google’s Deep Learning division, and also our key speaker for today as well. Jeff’s talk basically centered around how Google was taking idea of DNN and implementing it into their systems and Android OS, as well as further researching the possibilities of subject recognition for their own servers. 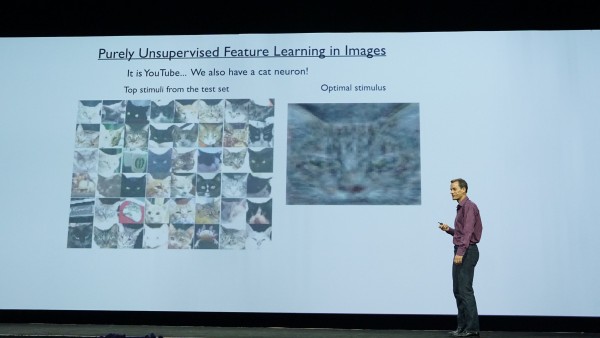 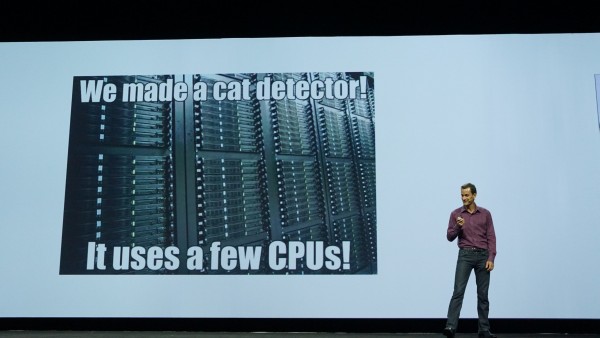 One thing that we need to be clear about: we’re not data scientist, and in that context, we have to confess that some of the more technical details that Jeff shared kind of flew over our heads. But once again, the subject recognition which he talked about was almost a mirror of what Jen-Hsun had talked about yesterday, but in slightly greater length and detail. Jeff joked about how his engineers had actually created a few servers that were programmed to recognized cats. This included their sub-species and their genus, and on top of that, they even set the DNN AI to search for not only images, but videos as well (clearly, because the Internet just can’t get enough of cats). 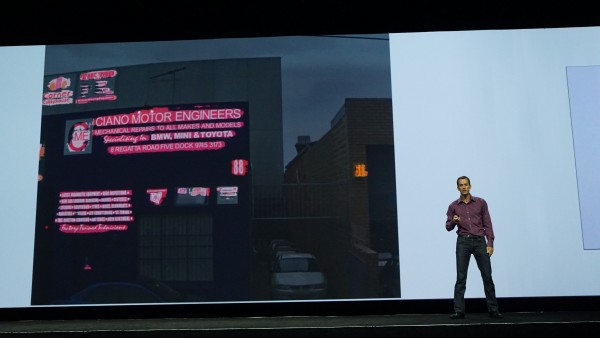 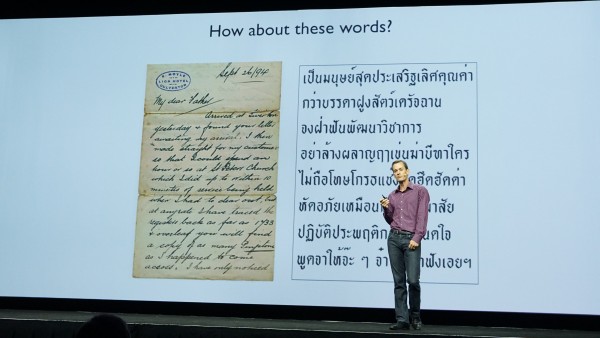 One of the more interesting hurdles of which Google was trying to cross was a direct translation between languages. Now, before you start to writing to us and telling us that Google already has that program, and that it’s called ‘Google Translate,’ understand this first: the languages which Google Translate is able to read still requires it to be inputted. It was only very recently that Google had implemented its more prominent feature of real-time translation through the lens of your smart device’s camera. Even then, there are still limitations to this technology. 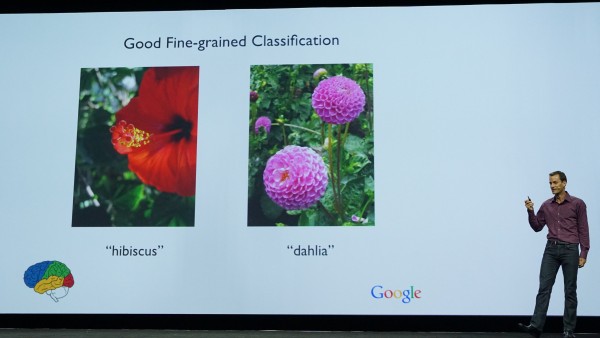 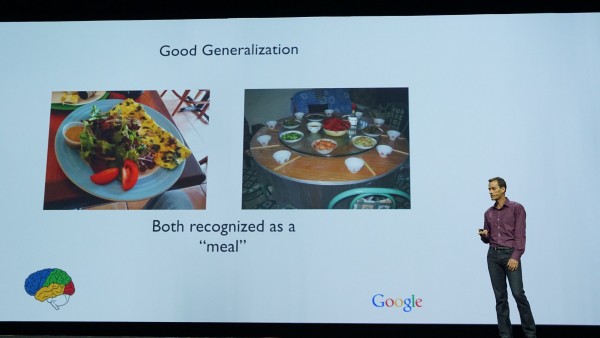 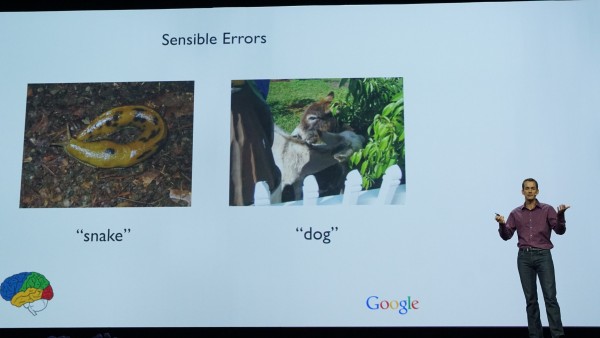 With DNN, Jeff was trying to take translation to another level for Google, and the idea that it could translate a completely obscure or foreign language not just in real time, but rather, from a random picture that an individual could choose at random. Sounds complicated, doesn’t it? To put things into a nutshell, what Jeff meant by that is that in time, Google’s search engine would soon be able to recognize the language in a picture, and even provide the direct translation of the language along with the individual’s query.

But the highlight of Jeff’s talk was about how Google had applied the DNN concept to being self-learning and self-aware in a language we could understand: video games. To be very precise, old Atari video games. Jeff showed us how his DNN AI was able to learn how to play games through reinforced learning and trial and error. In games like Space Invaders, the A.I. was initially only able to fire at the aliens, but didn’t quite know how to avoid being shot at. After several hundred games, it became quite clear that the A.I. knew that getting shot was a bad thing, and soon started dodging the alien’s fire. 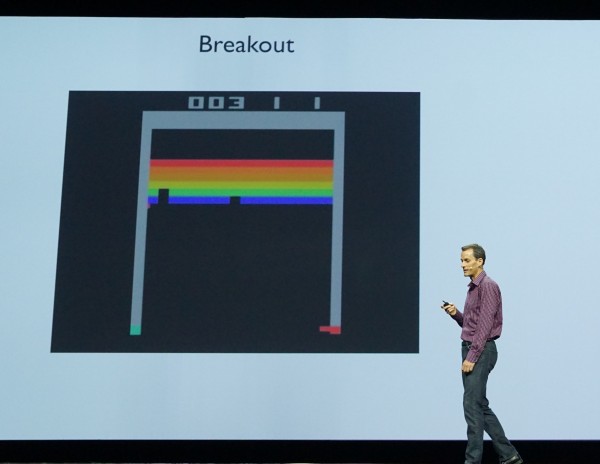 Another classic game that he broke out was Breakout. For those born after the 1980’s, the objective of this game is to clear several lines of colorful blocks by bouncing off a ball back and forth with a bar. Again, the initial games showed the A.I. getting the hang of it. At 100 games, the A.I. was learning that it needed to bounce the ball back. At 300 games, it was able to bounce the ball back and forth at angles. After 500 games, the A.I. had actually began to develop a specific strategy in the game, which allowed it to bounce off the ball less frequently, while maximizing its points.

That’s all for day two at GTC 2015. Check back with us tomorrow for NVIDIA’s last keynote of the event.