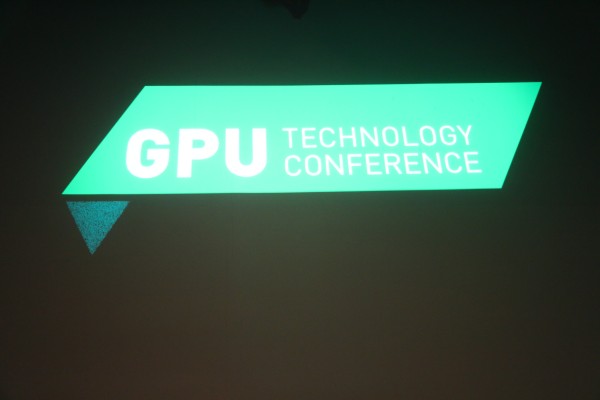 We’re at the GTC 2014 convention once again in San Jose, California. Every year, the convention lays out NVIDIA’s technological achievements, along with their latest components.

Jen-Hsun Huang, NVIDIA's CEO, greeted us and kicked off the convention with a keynote explaining more about the changes being made in the GPU ecosystem. He made comparisons between the graphics technology from six years ago and how far it had come in just a short period of time. From the power of single GPU technology, Jen-Hsun told us that technological advancements is now allowing NVIDIA to push the boundaries of the GPU and making cards and components with multiple GPUs. 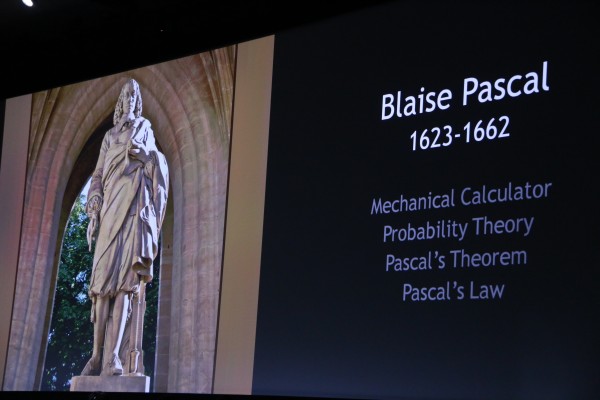 Jen-Hsun then introduced NVIDIA’s next step in its GPU roadmap evolution: the Pascal. Named after the famous mathematician, Blaise Pascal, the Pascal architecture will be used in NVIDIA’s latest GPUs, once Maxwell reaches its end of life. Now, before you start thinking that the Pascal is going to cannibalize the Maxwell, we can’t emphasize enough that the Pascal is still in development and isn’t seeing distribution anytime soon. 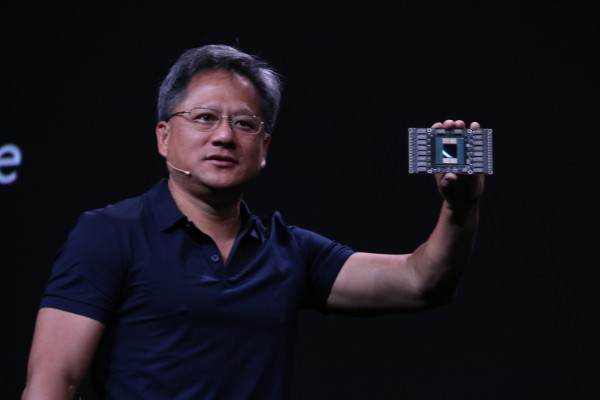 From the keynote, it was explained that GPUs built on the Pascal architecture will be only a third of their current PCIe-sized cards, but will have better features, such as the newly developed NVLink, 3D Memory and Unified Memory.

In fact, Jen-Hsun compared the Pascal architecture to Google’s current supercomputer, the Google Brain and a study of Deep Neural Network Mapping. The Google Brain is effectively a machine that uses a total of 1,000 CPU servers, requires 600 kWatts to work   and cost US$5 million (approximately RM17 million) to make into a reality.

The Google Brain was designed to act as close as possible to the human brain, which in summary processes and constructs information and memories, if and when calculated, in a field of YottaFLOPS. 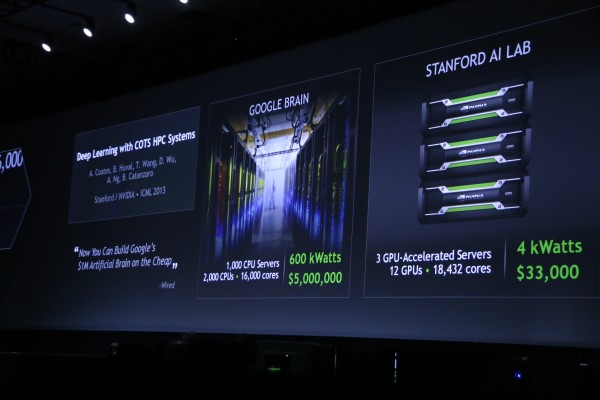 Jen-Hsun said that soon, a company could construct their very own Google Brain with the use of three GPU-Accelerated Servers using the Pascal architecture for about US$33,000 (approximately RM110,000) and that computer will run on a voltage of only 4 kWatts. Currently, the Pascal won’t be seeing daylight until the year 2016. That being said, it’s good to see that there’s still time for NVIDIA to expand further on their latest Maxwell architecture. 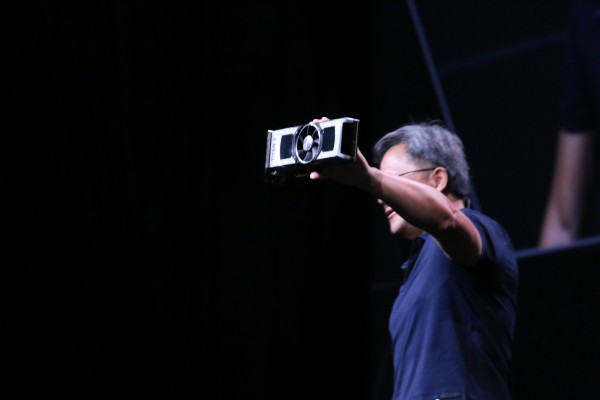 It just wouldn’t be an NVIDIA event without Jen-Hsun mentioning about a new graphics card. As expected, Jen-Hsun announced and introduced the world to NVIDIA’s upcoming graphics card, the GeForce TITAN Z. 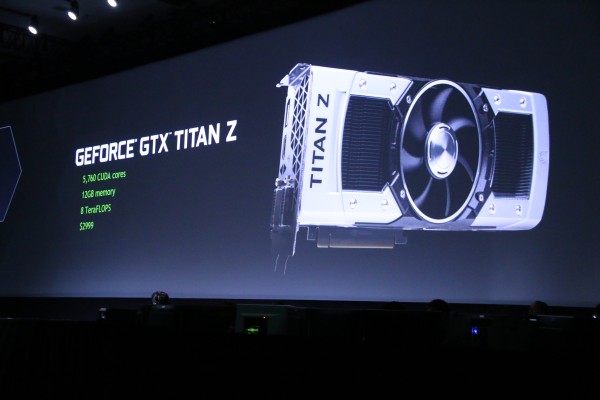 Jokingly stating that the card was made with “alien” technology, the TITAN Z now holds the title of being the world’s most powerful graphics card, sporting not one, but two 6GB GK110 ‘Kepler’ GPUs that first appeared on the original TITAN, bringing the TITAN Z’s buffer memory capacity up to 12GB. Because of its dual GPU nature, the TITAN Z also packs twice as many CUDA cores as the original TITAN, with the magic number being 5,760 CUDA Cores. To demonstrate its prowess, Jen-Hsun got his stage team to play an in-game graphics demo, constructed and created specifically with Epic Game’s Unreal Engine 4. Needless to say, the tech demo was sublime. 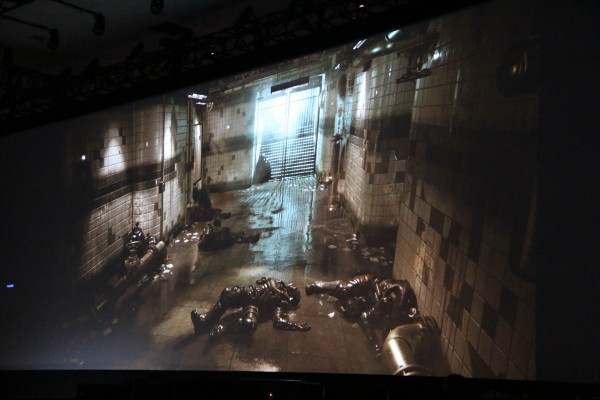 Needless to say, all this power comes with a price. The TITAN Z comes with a hefty price tag of US$2,999 (approximately RM10,000). If you think that’s expensive, bear in mind that you’re not just paying for a graphics card: you’re paying the very best graphics card in the world.

Next on the list was NVIDIA's IRAY VCA: the company's Scalable Rendering Appliances. 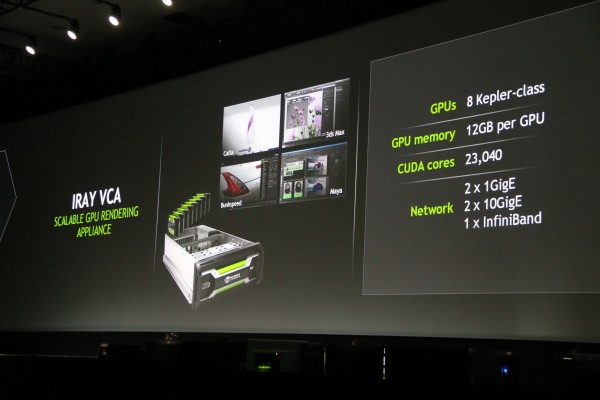 Back in SIGGRAPH, we were shown a IRAY, and NVIDIA has now updated this technology. The IRAY VCA mentioned during the keynote is said to be two and a half times faster than the IRAY that we were shown. 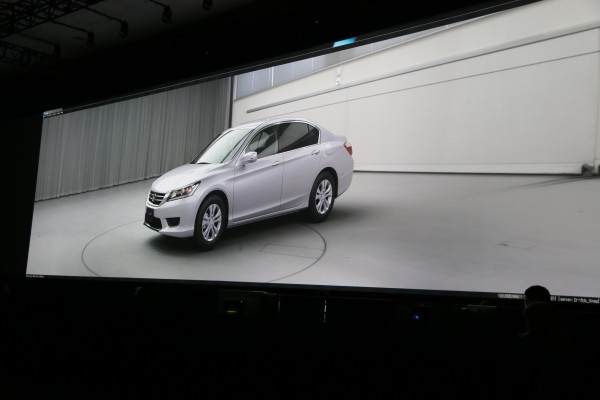 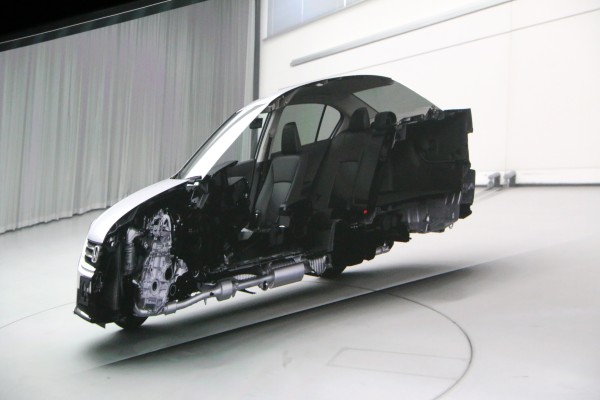 During this time, Jen-Hsun also showed off the IRAY VCA with the help of Honda and a production car. In the demo, the representative from Honda showed off a fully rendered Honda, which was fully rendered both outside AND inside the car. Jen-Hsun noted that had they tried to do this rendering six years ago, the demo would've have costed them nearly US$500,000 (approximately RM1.6 million) just to show it off. Today, it virtually costs just a fraction of that and because of its powerful GPUs, the time in which it had rendered the uncompressed images into an interactive model is also cut down dramatically.

Getting On With The GRID 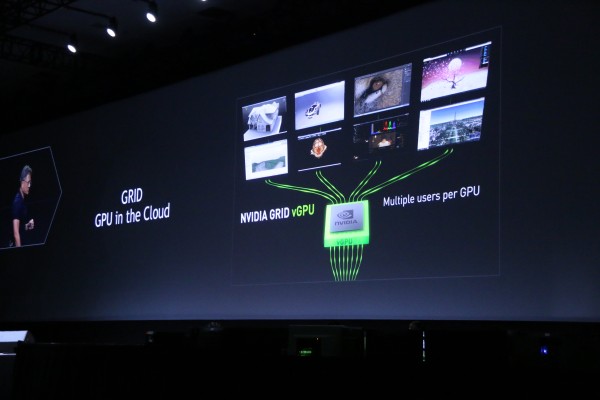 Also mentioned was NVIDIA’s cloud computing platform, the GRID. Just as quick recap, the NVIDIA GRID is the company's cloud application which utilizes the power of the GPU instead of the CPU. The idea is a milestone in the cloud computing era, because the application actually allows for different groups of people, such as graphics designers or Virtual effects people, the chance of running their workload from anywhere around the world. The best part of the NVIDIA GRID? It can be used on any computer, regardless of its hardware specification. 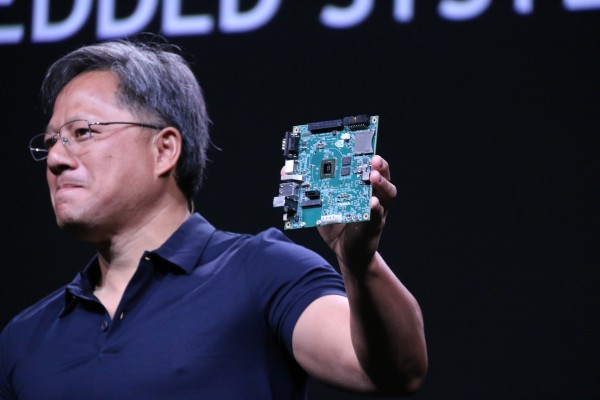 Perhaps the most interesting mention of this mobile GPU keynote was the announcement of the new NVIDIA Jetson TK1 Mobile Supercomputer, which was designed to be used for embedded systems. At the heart of this mobile supercomputer is the Tegra K1 GPU. Announced back during CES 2014, the specs of the TK1 includes the insane 192 CUDA cores which originally stems from the Tegra K1 Mobile Kepler architecture, which is capable of processing data at 326 GFLOPS. To top it all off, the TK1 also supports the company’s latest Visionworks Computer SDK, which is a technology that is being developed in the use with automobiles and other applications, such as robotics, augmented reality, computational photography, human-computer interface and advanced driver assistance systems (ADAS). 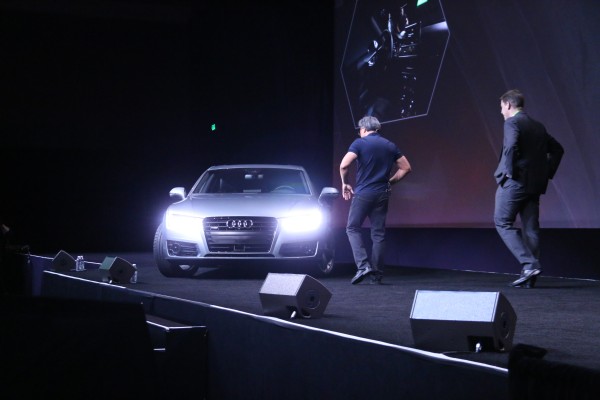 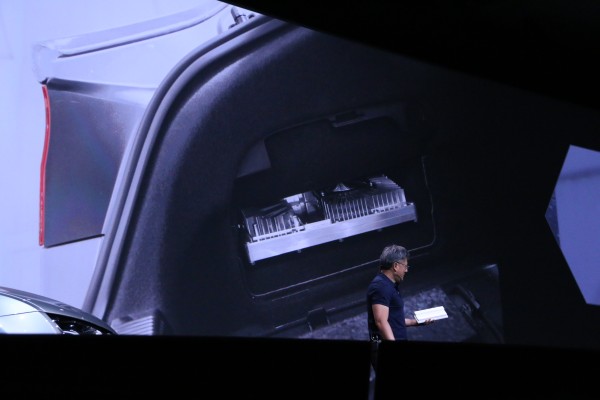 In fact, the mobile supercomputer is currently being tested by Audi in the creation of a self-driving car. The show took a turn when Jen-Hsun, along with Andreas from Audi showed off the fruits of their labor by allowing a full-size Audi drive out on stage, all by itself!

One more thing that was announced by Jen-Hsun was the price of the Jetson TK1. The new mobile supercomputer will be lauching soon at a retail price of US$192 (approximately RM650), with the price being a reference and pun on the system's 192 CUDA cores.

That’s all that we have for Day One, but stay with us as we bring you more updates from GTC 2014 over the next two days.