Google also announced the Pixel 5 and Pixel 4a 5G, both coming this fall
Event Coverage

MSI Master Overclocking Arena 2013 - Where OC History was Made

For those into overclocking and PC tweaking, overclocking events held by the major names in PC technology often give you a glimpse into the best of tech and how much can they be pushed to their limits. This often sets the new performance bar to beat as enthusiasts around the world (both professional and hobbyists) strive to tweak their systems as close to the feats accomplished in these events. MSI's own grand overclocking event on the worldwide scale first started in 2008 and HardwareZone has since been following them nearly every year to see how the event and competition mechanics differ. But prior to MSI's venture into the world of the 'fast and furious', a lesser known fact is that HardwareZone has in some ways helped MSI build up this momentum. Long time readers of our site would remember the industry's most ambitious tech enthusiast challenge yet - HardwareZone's Iron Tech 2008. As MSI was one of the key sponsors of our event, the winners from Iron Tech 2008 were catapulted to carry on the very first MSI MOA event later in that same year. 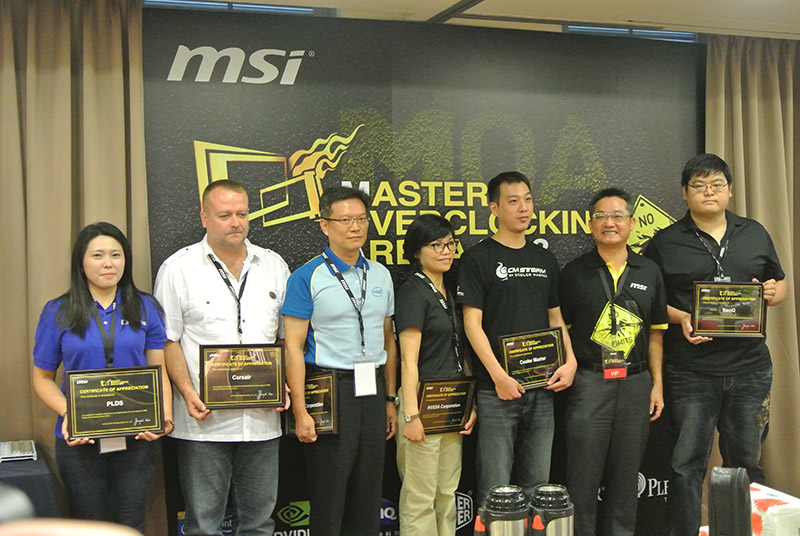 After the opening ceremony, a lucky draw was done to find out the order for the selection of components, which includes two motherboards, two graphics cards, two CPUs, memory kit, and SSD. 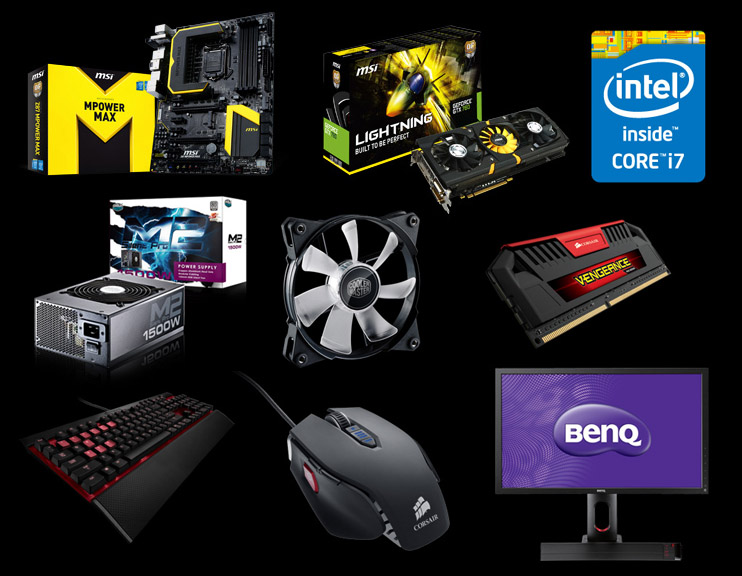 For a detailed list of components that were used for the first day of overclocking, visit this page. 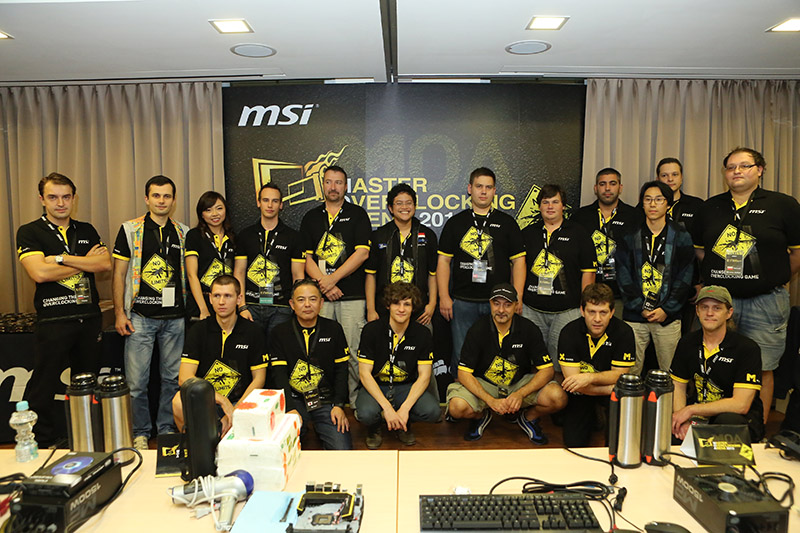 For a complete list of those who qualified for this year's Worldwide Grand Finals, visit this page. 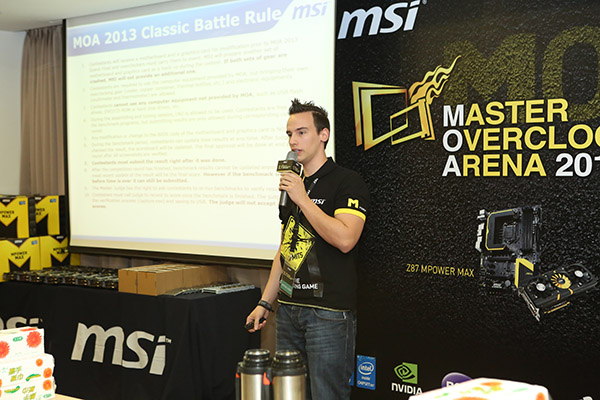 Starting off the Master Overclocking Arena 2013 is the Classic Battle were participants used MOA-provided equipment along with their own overclocking gear (cooler, copper container, thermal bottles, etc.) and electronic equipment (multimeter and thermometer). With the theme for this year's MOA being "No Limits", LN2 cooling was allowed from the very start.

The participants were given three tasks for the first day. These tasks involved the use of Super PI 32M, CINEBENCH R11.5, and 3DMark Fire Strike benchmarks. Two hours was allotted to the first two phases (Super PI 32M and CINEBENCH R11.5) of the battle while three hours was given for the 3DMark Fire Strike phase of the event. The sixteen overclockers tweaked their systems and applied their own methods when it comes to cooling to achieve the highest possible clocks for the highest or fastest possible marks for each benchmark.

The final score for each participant is the weighted average of the benchmarks, 40% for Super PI 32M, 20% for CINEBENCH R11.5, and 40% for 3DMark Fire Strike. 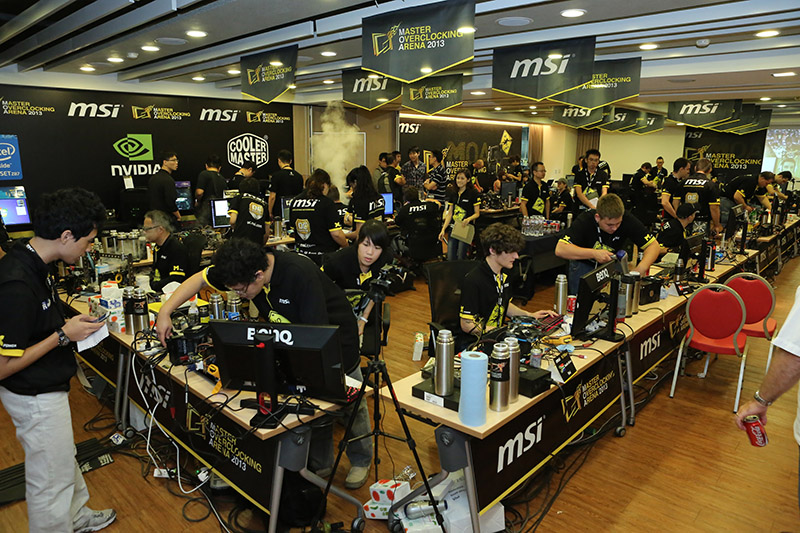 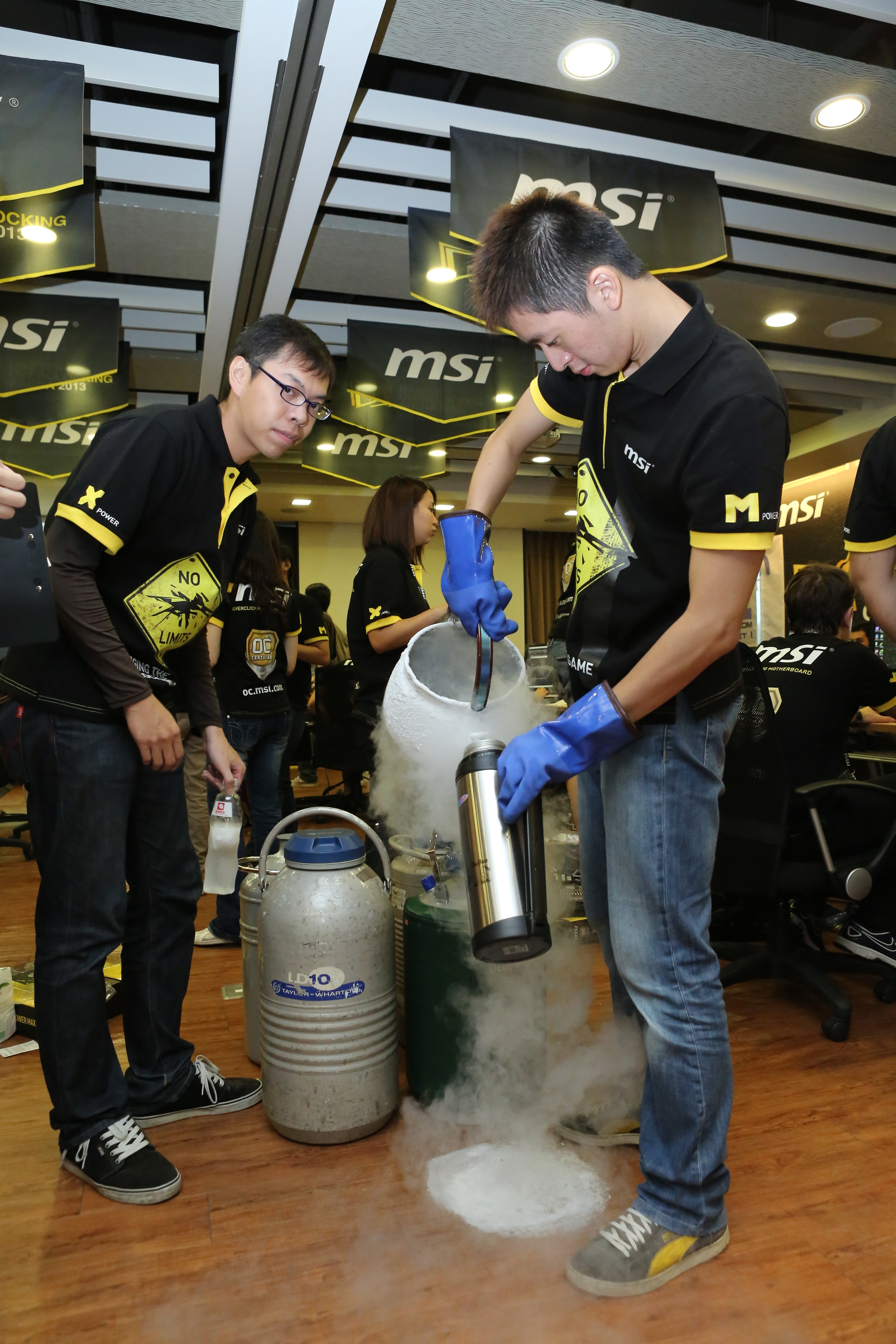 Winners of the Classic Battle

After a grueling whole day of extreme overclocking, Ukraine's Tolsty took pole position while Indonesia's Lucky_n00b and Poland's Xtreme Addict took 2nd and 3rd place respectively. The competition was tight and intense as the each of them led by just a small margin.

Check the breakdown of scores below to have an idea how the larger weight of Super PI 32M and 3DMark Fire Strike had significant effects to the standings. 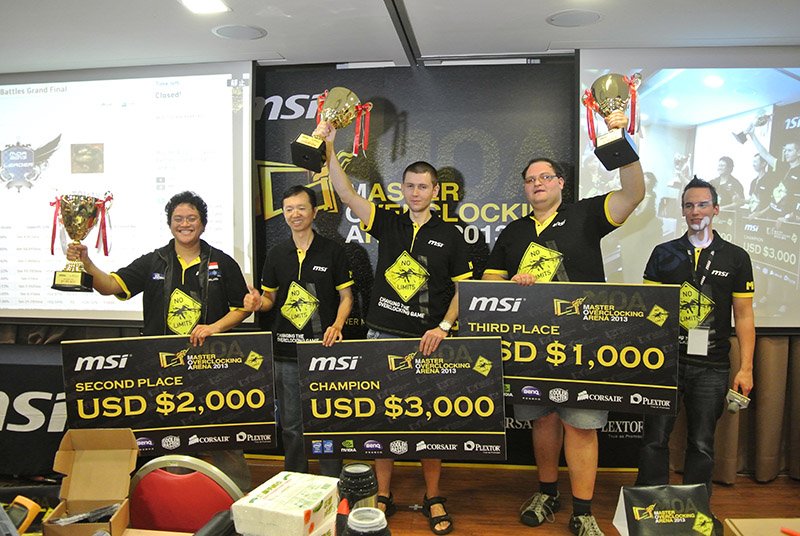 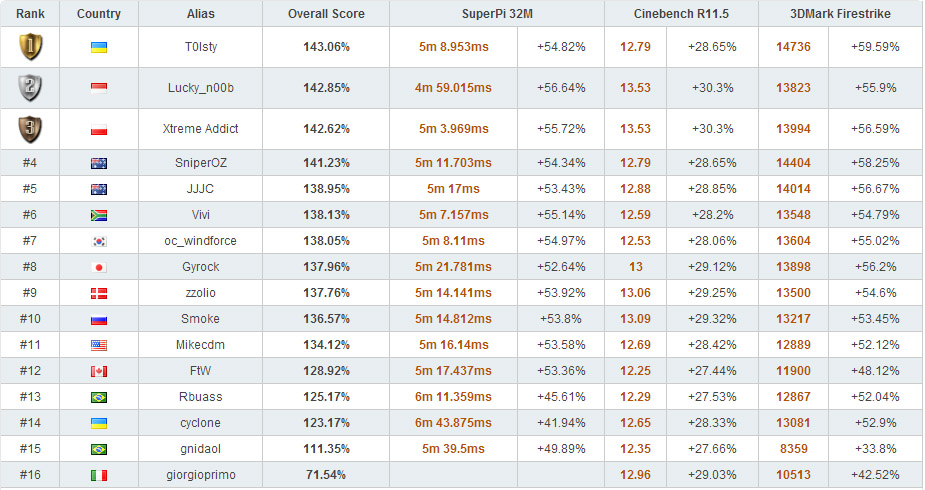