Celebrate the 50th anniversary of the Moon landing with these movies

Celebrate the 50th anniversary of the Moon landing with these movies On 20th July, 1969, Neil Armstrong and Buzz Aldrin set foot on the Moon. Fast-forward to today, and the Apollo missions are mostly fuzzy black-and-white footage for most people. These films pay tribute to the space race and the place the Moon has in the human imagination, told from the perspective of both documentary and fiction.

And even if you don't care much for space, these picks still make for some really good television. In no running order, here are our suggestions:- 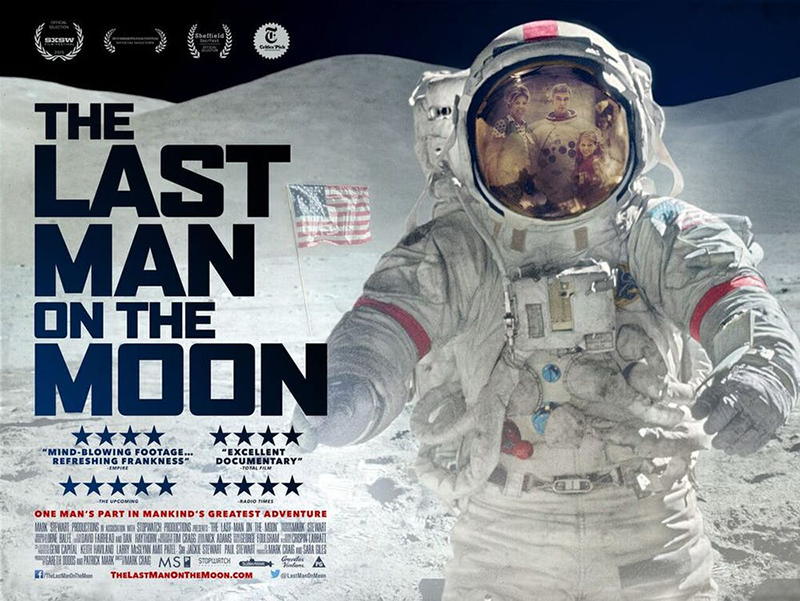 We all know Neil Armstrong was the first man on the moon, but who was the last? Eugene Cernan, the commander of Apollo 17, became the last man to step foot on the moon when he lifted off on the moon in the Lunar Module on December 14, 1972 — almost two and a half years after Armstrong first landed. On his mission, Cernan and Harrison Schmitt, the lunar module pilot, stayed longer on the moon than anyone before. Consequently, they managed to collect 34 kg of rock samples from the moon, the most of any Apollo mission and played a huge role in advancing man’s understanding of the moon.

On a more lighthearted note, Cernan, traveling on the Lunar Roving Vehicle, also set the unofficial lunar land speed record of 11.2mph. Netflix started showing The Last Man on the Moon a week before First Man (the biopic of Neil Armstrong starring Ryan Gosling) opened in theaters, which is fitting and highly poetic if you think about it. Landing on the moon is one of humanity's crowning achievements. However, we need to remind ourselves that our journey to the Moon is one fraught with dangers. In the film Apollo 13, we follow the crew as they try to survive the perilous mission to the moon and get back to Earth in one piece. An amazing amount of work was put into research for the movie and it successfully creates a heart-thumping yet authentic look at the Apollo 13 disaster as well as how the ground crew at NASA worked with the flight crew. The film stars Tom Hanks, Kevin Bacon, Bill Paxton, Gary Sinise, and Ed Harris. If that is not enough to convince you to check this movie out, the Apollo 13 incident is also the origin of the popular line "Houston, we've had a problem".

3) In the Shadow of the Moon Sometimes, the best way to experience a story is to hear it straight from the horse's mouth. In the Shadow of the Moon is a 2007 documentary exploring one of Man's defining achievements - putting people on the Moon. The film details many intricacies of the Apollo programs, all without the use of fancy schematics, effects and dramatization. However, that's what makes it a stellar production, and the only missing piece is arguably Neil Armstrong himself, who is absent from the cast. But on the whole, In the Shadow of the Moon is an inspiring testimony to our achievement which was, as Neil himself put it "One small step for man, and one giant leap for mankind." It’s not quite the same inspiring moon stories that everyone is talking about here, but there’s no denying the impact Michael Jackson’s anthology musical film had on pop culture in the 80s and beyond. After all, the film was named after the late King of Pop’s signature dance technique known as the moonwalk. The film is a collection of short films, and are meant to represent the different stages of MJ’s career, and were based on his own view of how his fans idolized him rather than listening to the messages he wanted to say with his music. The film received a mixed reception for its lack of plot, and rightly so because it always felt more like a string of Michael Jackson’s music videos. Still, if you haven’t caught Moonwalker, then you really ought to. The man in the mirror is flawed, but his epic centerpiece “Smooth Criminal” in Moonwalker (and where he performs that gravity-defying dance move) was a masterpiece in music video history, and alone well worth the price of the movie’s Blu-ray. Unlike most movies that deal with the Apollo space program, the 2016's Hidden Figures shine a spotlight on the critical roles that female engineers played in the Apollo program. It deftly dramatizes female African American engineers and programmers in their pivotal roles. Like the heroic men depicted in popular Hollywood blockbusters who risked their lives to push mankind’s exploratory boundaries to space, the female protagonists of Hidden Figures were charting new territory on their own and helped put those very men into space. The film also eschews the formulaic celebration of the typical lone hero. Instead, it focuses on collective progress by downplaying individual achievement, making for a riveting look at one of the more obscure aspects of the lunar missions. Man hasn't been back to the Moon since 1972. The decades since have been a lot less exciting. We've sent rovers to Mars and explored distant, icy moons, but we never quite recaptured the single-minded focus that characterized the heady days of the space race. Apollo's Moon Shot is a six-episode series that takes you back to when NASA astronauts and engineers worked tirelessly to put the first man on a different world. Thanks to footage and artifacts from the archives of the Smithsonian's National Air and Space Museum, you get to relive the story of human lunar exploration, 50 years after mankind set foot on the Moon.

The series will air from 28th July, every Sunday at 9pm on the Smithsonian Channel HD (StarHub channel 415). On top of that, you can download the companion AR app that will let you view close-ups of some of the defining events of the Space Age, in addition to playing interactive games and videos. The debut work of director Duncan Jones, Moon is set in the near future where humanity has found a way to mine helium-3 on the far side of the Moon, supposedly the key to solving the world's energy crisis. The mining facility requires only a single employee, and they each serve out three-year contracts before returning to Earth. Sam Bell is nearing the end of his term, but he starts seeing and hearing strange things on base, slowly coming to the unsettling realization that his life may not be what he thinks it is. Moon is an imaginative work of science fiction, a brilliant, dystopian version of a future where technological progress may not always be a force of good.

Way before even Sputnik became the first satellite in space, the famous comic series of The Adventures of Tintin faithfully charted what a trip to the moon might be like in the dual-part series of Destination Moon and Explorers of the Moon. It helped youngsters of all ages (and adults alike) to wonder and imagine the process and perils of a space journey long before the Apollo project was event conceptualized. The comic series also made it into a cartoon TV series in the early 1990s, and you can catch it here:- We've all read, heard and seen movies to realize the perils of space travel, but no movie comes close to depict this like 2013's movie, Gravity. While the astronauts aren't on a moon mission, but on a spacewalk for routine maintenance on the ISS, disaster strikes and chaos reigns for the three astronauts caught in the middle of a crisis. Beyond the story and convincing acting, what really grips you to your seat for the entire 90 minutes is the film's brilliant cinematography and stunning visual effects which took more than three years to create. Also filmed for 3D viewing, this is one of the rare movie gems that we can safely recommend watching in 3D for added impact if your TV supports it. It's a fitting reminder of the dangers of space that the 24 astronauts faced while undertaking the Apollo missions and to the 12 astronauts who walked on the moon. We salute them.