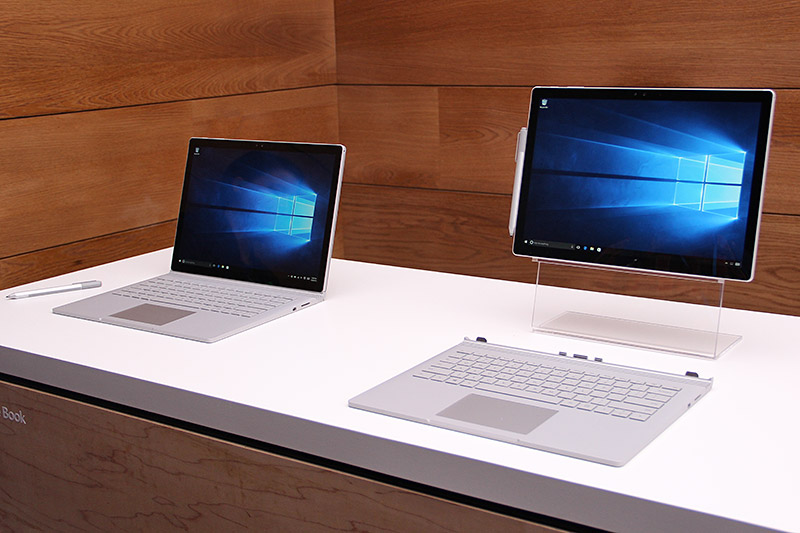 Right off the bat, let us say this: the Microsoft Surface Book is amazing. From its design (it’s made with magnesium alloy) to the power it packs within, it’s a machine that really puts many PC OEMs to shame.

Microsoft says the Surface Pro 4 is a tablet that can replace your laptop. That’s quite a fair statement, unless the laptop in question is the Surface Book. While both are 2-in-1 hybrids, the Surface Book is clearly a laptop-first device. You can opt for a 6th generation Intel Core i5 or i7 chip, 8GB or 16GB of RAM, and up to 1TB of PCIe 3.0 SSD storage - so this beast is screaming fast. But these aren’t Microsoft exclusives. What’s never seen before on laptops before today is that crazy-looking, almost indescribable hinge (Microsoft calls it a dynamic fulcrum hinge) that unrolls and stays stiff at multiple points, even letting you fold the display all the way to the back of the keyboard base so that you can use it like a tablet.

But since the display can also be detached completely from the base with the press of a button (even the tech behind this mechanism has a fancy name: one-button Muscle Wire detach mechanism), why would you want to use it folded backwards? For the simple reason that the keyboard base can include a dedicated NVIDIA GeForce GPU with 1GB of GDDR5 VRAM. In other words, if you need better graphics performance, you’re better off using the Surface Book docked. Otherwise, in tablet mode, it falls back to the Intel HD 520 graphics. When switching GPU, there’s no need to restart the laptop, though sometimes, an app may request you to save your work first and re-open it. This base also holds a battery, so in docked mode, the Surface Book is able to last up to 12 hours.

Display-wise, we’re looking at a gorgeous 13.5-inch screen with a 3,000 x 2,000 pixel resolution. It’s an interesting aspect ratio for a laptop, but perhaps it makes sense when you consider that it’s also a tablet. It’s very light too, which is good, because it means there’s no risk of a top-heavy laptop tipping over. And like the Surface Pro 4, the new Surface Pen magnetically attaches to the side of the display. The full-size keyboard is also superior than the Surface Pro 4 Type Cover. During our brief hands-on, the backlit keys felt firm and stable, with decent travel (1.6mm). The glass trackpad, which supports five-finger multi-touch, was also a joy to use.

Let us reiterate: the Surface Book is an amazing laptop. It’s designed with performance in mind, and is extremely well engineered and put together. If Apple were tasked to build a Windows laptop, it’d probably look something like the Surface Book too, and we mean this as a compliment. That said, all these come at price. The base model, which consists of a Core i5 chip, 8GB RAM, and 128GB storage, is priced at US$1,499 (~RM6,462). But this version doesn’t come with the discrete GPU. For that, be prepared to pay at least US$1,899 (RM8,187). And finally, a fully-spec’d version, with a Core i7, 16GB RAM, and 512GB storage, costs a staggering US$2,699 (~RM11,635). 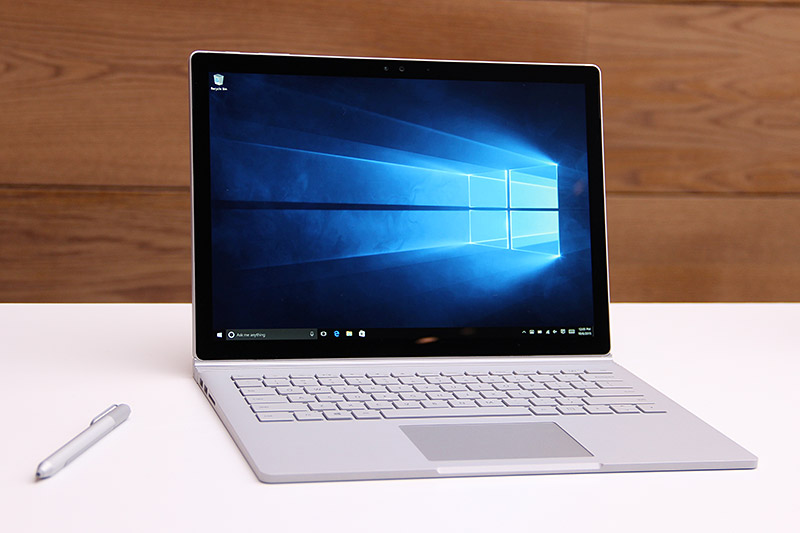 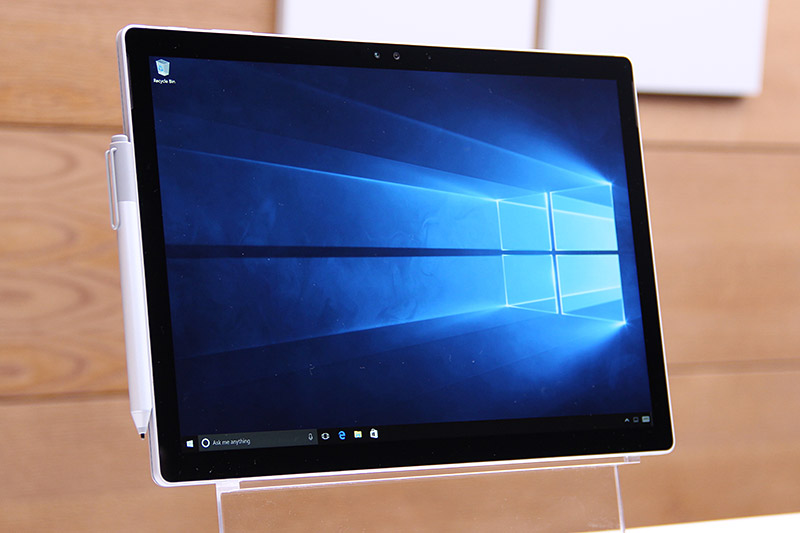 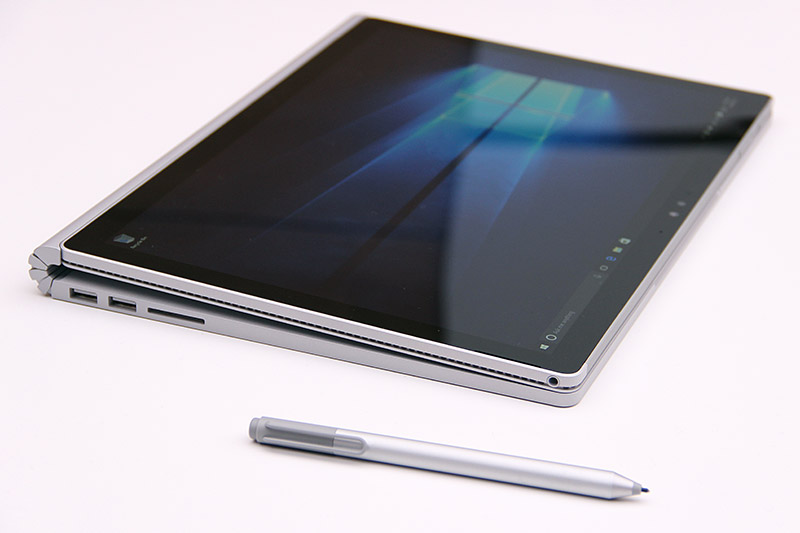 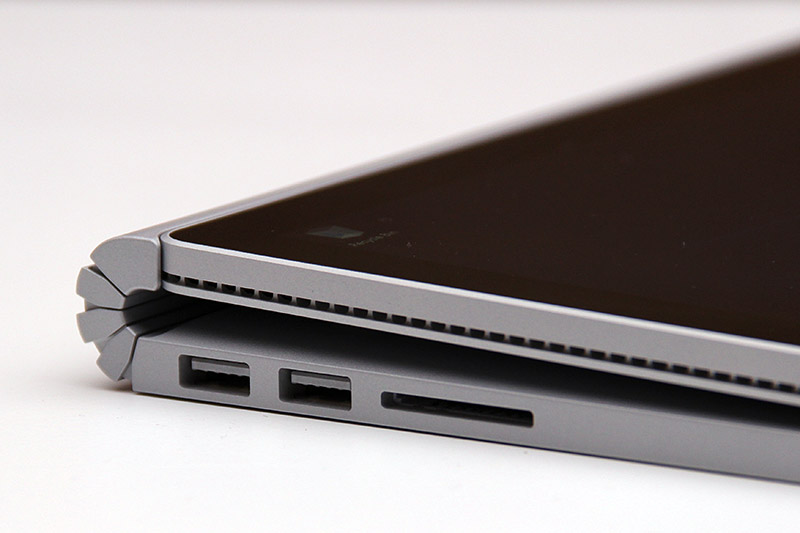 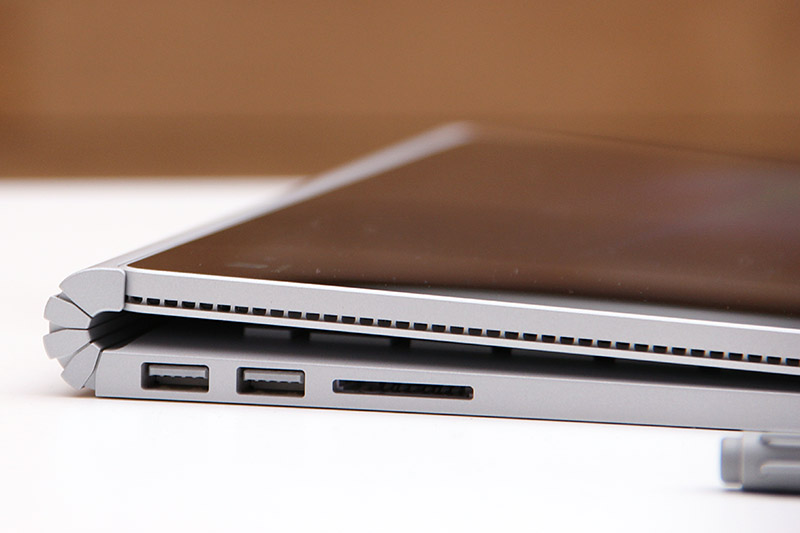 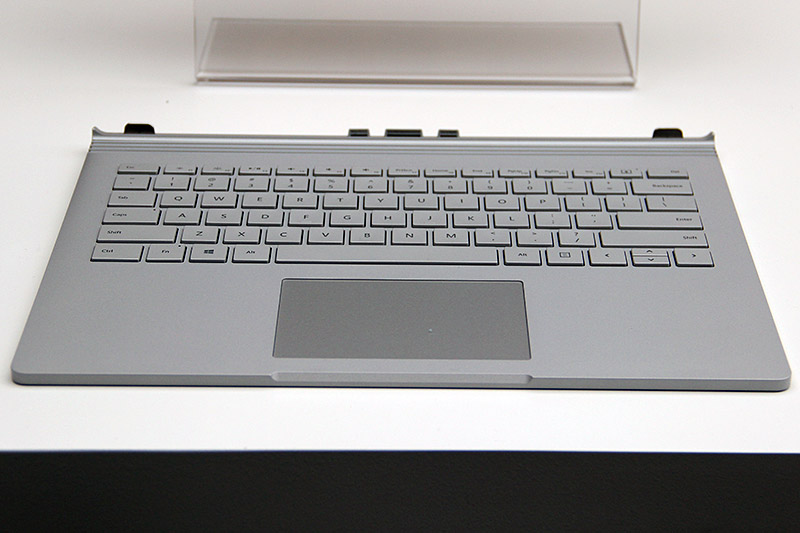 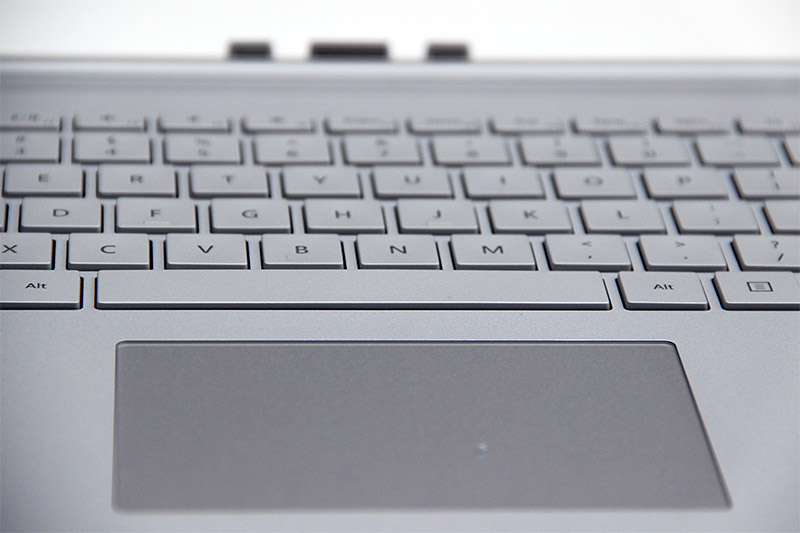 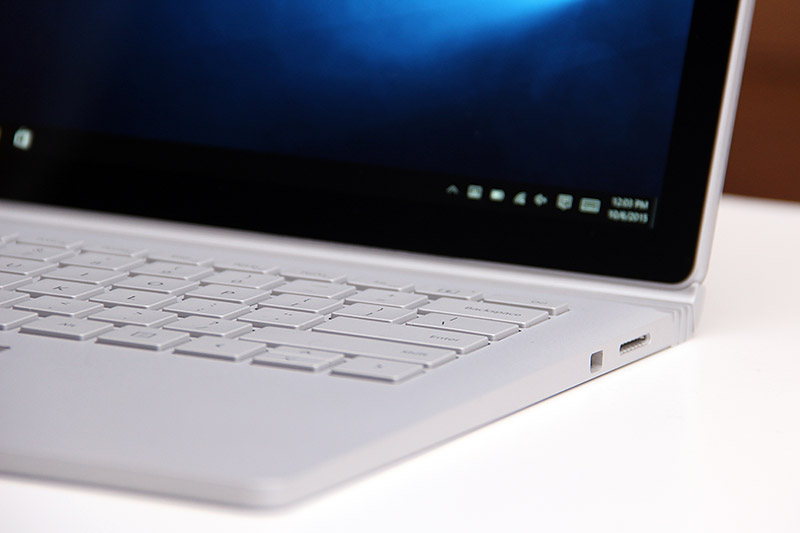 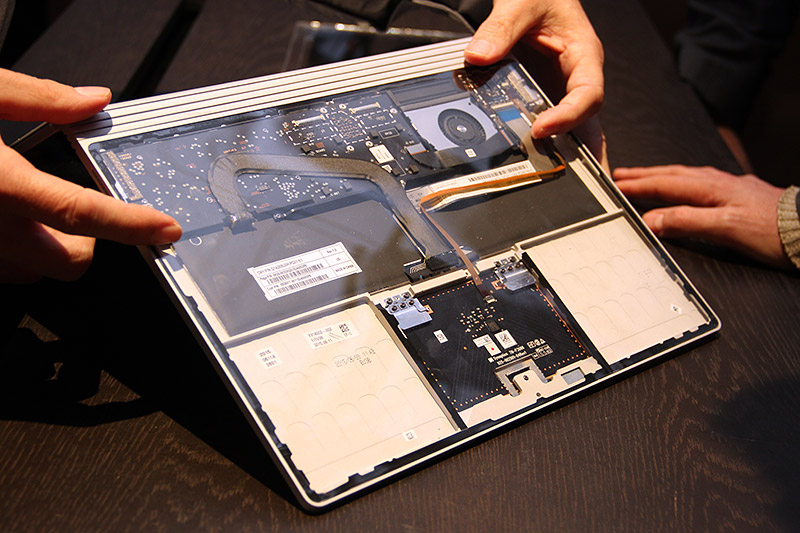 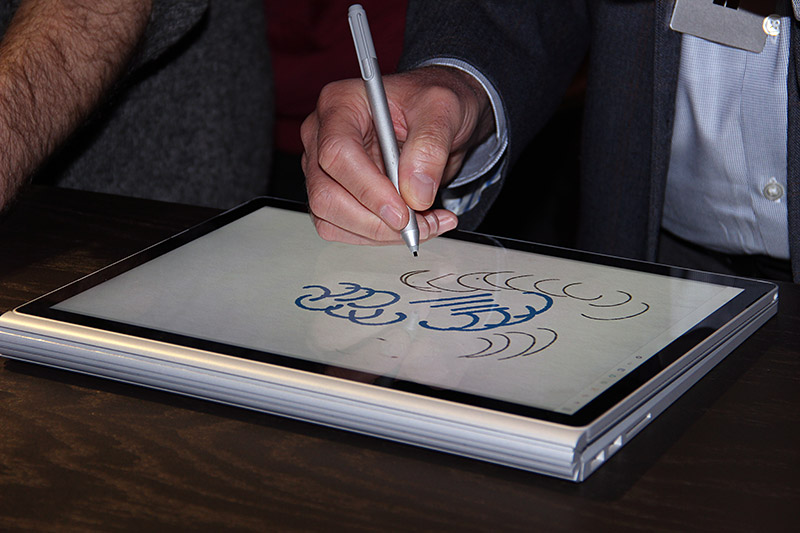 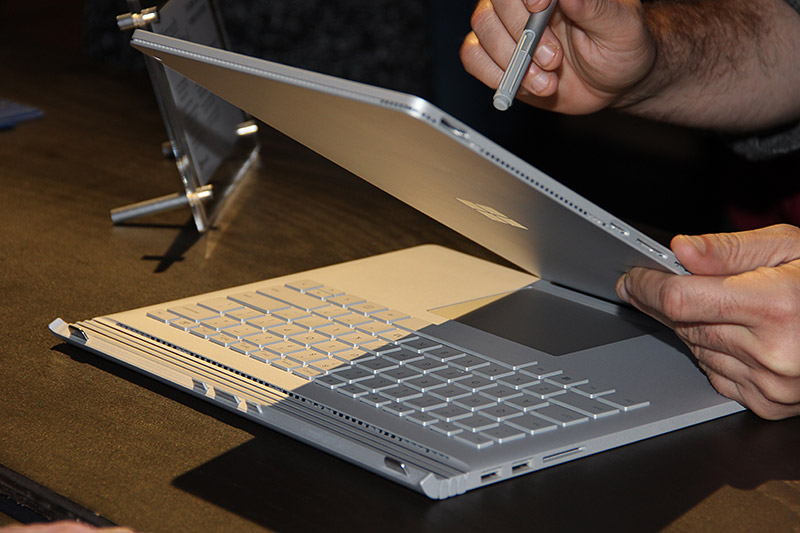 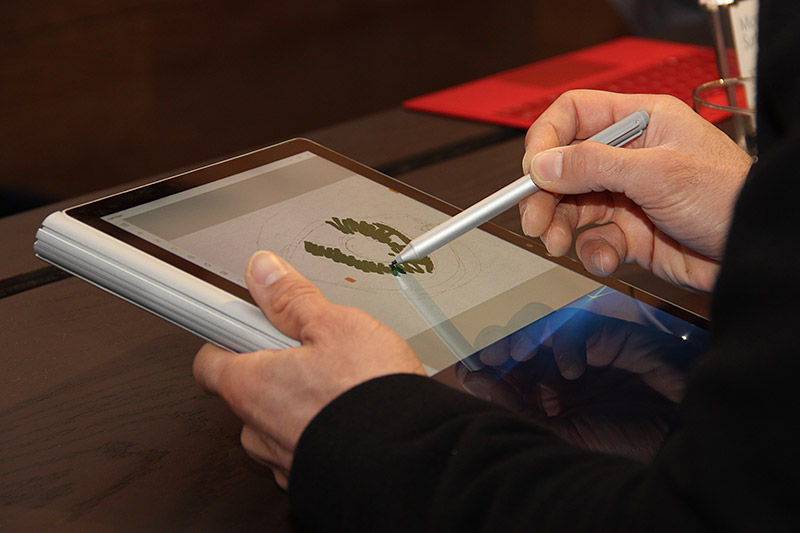 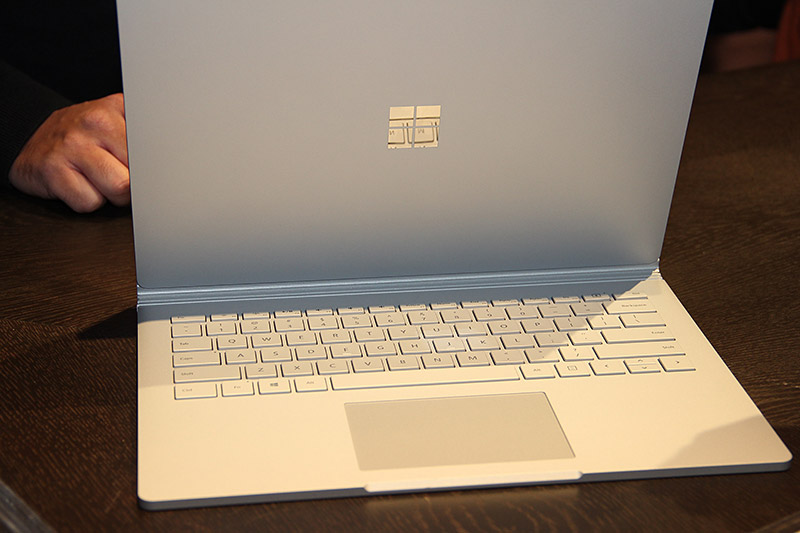