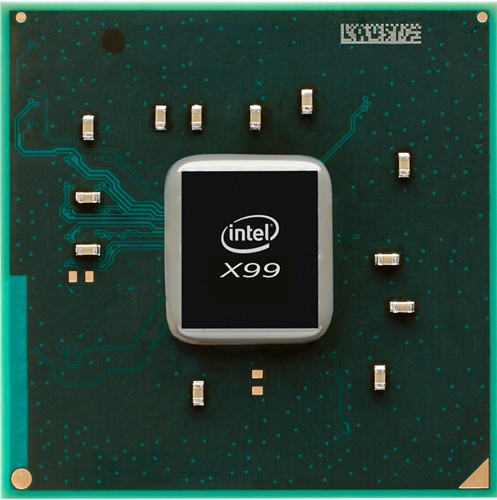 The Intel X99 chipset is touted by the company as the "most advanced" desktop PC platform for the end-consumer. Launched in August this year, the new High End Desktop (HEDT) platform, like its predecessor, the X79, targets the professional consumer market segment by offering workstation/server compute level hardware. For a start, Intel X99-based board feature the new LGA2011-v3 CPU socket. The new socket isn't backward compatible with the "Sandy Bridge-E" or "Ivy Bridge-E" CPUs. Currently, the highest end processor supported is the 8-core Intel Core i7-5960X processor that has a base clock speed of 3.0GHz, with a Turbo boost clock of 3.50GHz. Also, Intel X99 has the honor of being the first consumer desktop platform to support DDR4 memory modules. 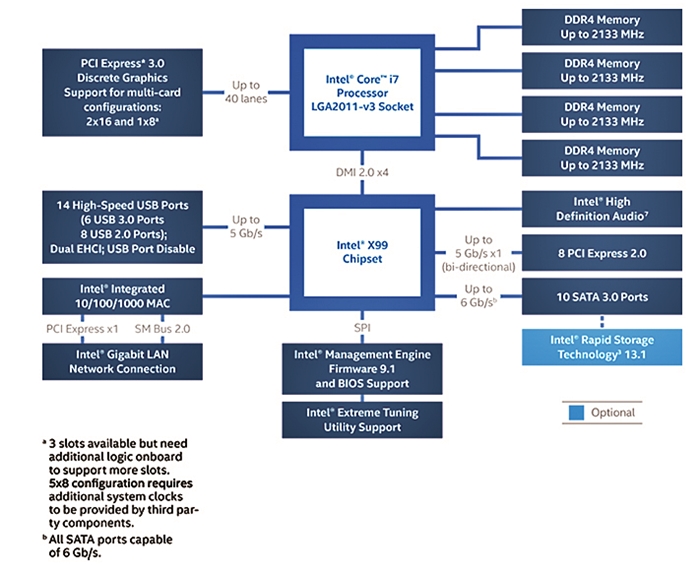 Let's take a closer look at new chipset architecture, as well as its implementation, to see its differences in comparison with the incumbent Intel X79. Like the older chipset, the new LGA2011-v3 CPU socket is still connected to the Platform Control Hub (PCH) by a Direct Media Interface Gen 2 link. It has a bandwidth of PCIe 2.0 x4 (2GB/s), which is approximately 20Gb/s. The new CPU socket supports up to 40 PCIe Gen 3.0 lanes, only if a supported (read: top-end "Haswell-E" Intel Core i7) processor is installed. Else, the user can only use up to 28 lanes of PCIe connectivity as this is a limitation set in place within the CPU models (refer to the CPU comparison table in the next section).

As for the PCIe 2.0 connectivity, there are still eight such lanes; for the USB connectivity, it supports 14 such ports where six are USB 3.0 ones, and the other eight, USB 2.0. Previously on the X79 platform, all 14 natively supported USB ports were USB 2.0. Speaking of storage connectivity, all ten SATA ports of the Intel X99 have been upgraded to SATA 6Gbps, phasing out the fast aging SATA 3Gbps standard (although it's backward compatible).

However, as we all know by now, SATA is no longer the premium choice of storage connectivity where speed and throughput are paramount. PCIe based storage options are the next frontier though Intel X99-based boards aren't the first boards to bring these options, i.e., SATA Express and M.2 storage devices. Most of these implementations ride on the PCIe 2.0 lanes; however, some manufacturers like ASUS and ASRock have each implemented proprietary methods to connect M.2 storage devices directly to the CPU's PCIe 3.0 lanes over a wider (read: X4) interface. This bus lane configuration bypasses the slower PCIe 2.0 links, via the PCH. As a result, the theoretical maximum bandwidth will be increased to 32Gb/s, which is about three times faster than the PCIe x2 M.2 (10Gb/s). We shall examine each manufacturer's efforts later. 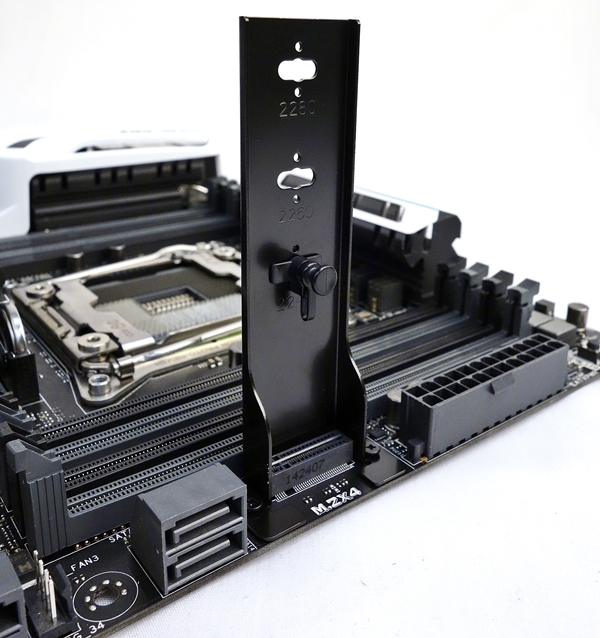 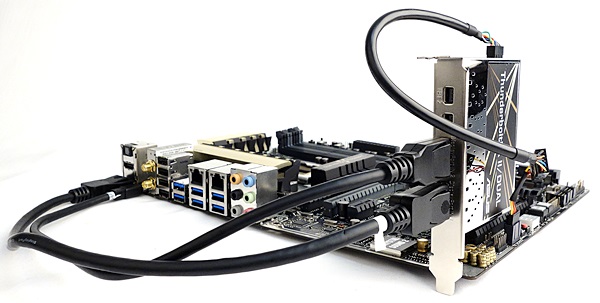 Last of all, this new feature will appeal to overclockers and power users; BCLK (base clock) overclocking support from the X99 chipset. By unlocking the base clock frequency, interested parties would be able to overclock their CPUs by increasing the BCLK, and the CPU core ratios - much like overclocking of the past. 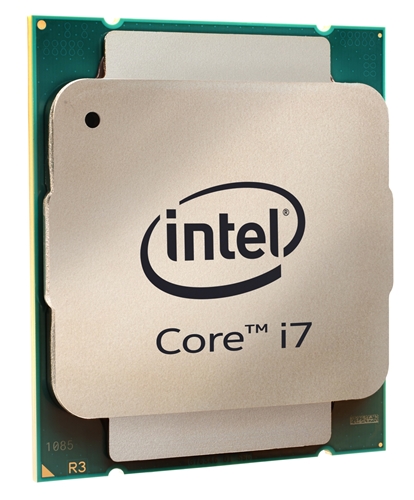 At the launch of the X99 platform, Intel also debuted three Intel Core i7 "Haswell-E" processors, which feature the new LGA2011-v3 package. As a result, the new chips aren't backward compatible with the previous generation X79-based boards. Here's a quick overview of the new processors compared to the predecessors:- 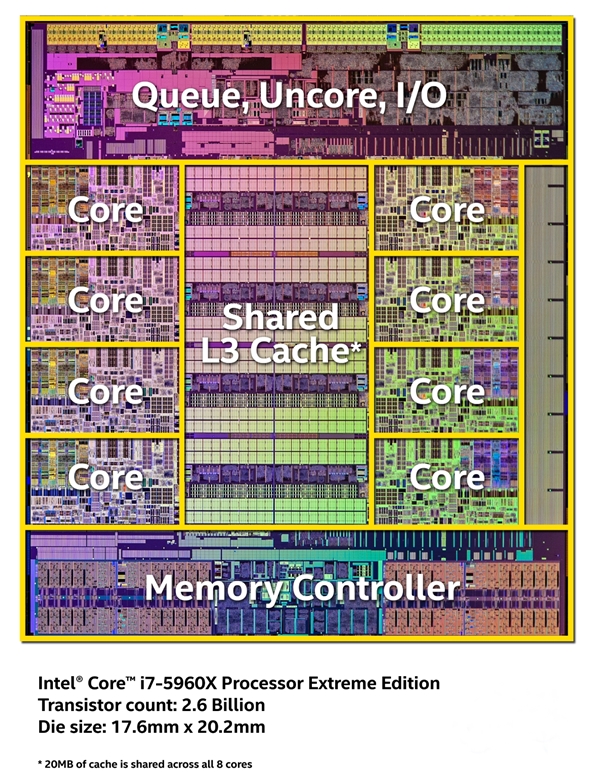 All three processors come with unlocked multipliers, and are instantly recognizable with their 'X' and 'K' suffixes. Based on the 22nm fabrication process, these processors feature unadulterated CPU compute prowess as they don't have any integrated graphics. In fact, the Intel Core i7-5960X Extreme Edition is the first 8-core desktop CPU, and with full Hyper-Threading support, the cores are capable of executing a maximum of 16 concurrent threads of instructions. Like the previous generation "Ivy Bridge-E" counterparts, the new LGA2011-v3 chips still feature a quad-channel memory controller. However, the controller's memory support has been upgraded to the new DDR4 standards (more on this in the next section). The thermal envelope of the new chips have increased to 140W; however, their base clock speeds haven't kept pace with their predecessors. The "Haswell-E" processors have had their operating frequencies reduced across the board (refer to the table above for their exact operating frequencies). Instead, the processors offer more cache, which can be more useful depending on the tasks at hand.

As a result, it appears the 'mid-class' Core i7-5930K is the direct replacement for the older, top-end Core i7-4960X. Interestingly, Intel has decided to differentiate the 4th generation "Haswell-E" Core i7 Extreme processors by paring down the number of PCIe 3.0 lanes for the Core i7-5820K CPU. It only supports 28 such lanes; we expected the company to approach things with the usual practice of disabling CPU cores, and reducing the operating clock speeds. As a result, the new Core i7-5820K bridges the gap, in hardware specifications, between the 4th generation "Ivy Bridge" processors (with their paltry 16-lane PCIe 3.0 link) and this new crop of "Haswell-E" chips. The increase in the number of PCIe 3.0 lanes for the Exteme processors over the normal class CPUs makes more sense as such PCIe-based storage support gains traction; as a result, these devices don't have to compete with add-in components like discrete graphics cards for PCIe 3.0 lanes. 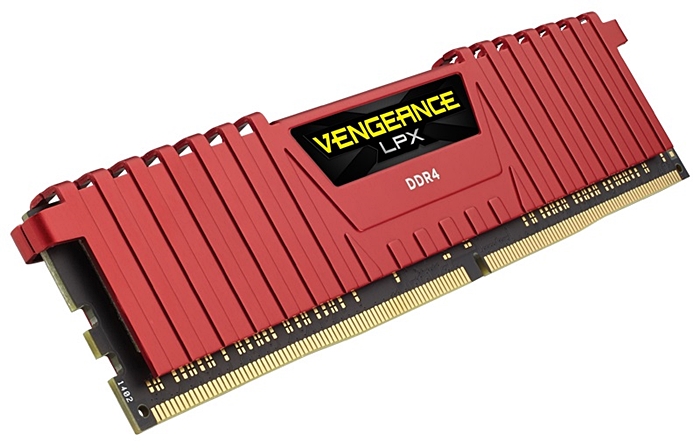 In 2012, the DDR4 standard was finalized by JEDEC, the semiconductor standardization body. First of all, DDR4 DRAM leaps out from the gate with a standard operating frequency of 2133MHz. In comparison with the 1600MHz clock speed of the DDR3 standard, DDR4 increases the memory bandwidth available to the LGA2011-v3 CPU. The operating voltage of DDR4 DRAM has been lowered to 1.2V while the current versions DDR3 DRAM operate at 1.5V and 1.65V. Even those low-power DDR3 modules generally operate at 1.35V. Besides requiring less power to operate, less heat is also produced during its operation.

The prospects of the DDR4 standard are looking bright, and there's room for growth in the future as the operating frequency of DDR4 is expected to reach as high as 3200MT/s eventually. It may seem a little far fetched now, but manufacturers like Corsair are already offering overclocked DDR4 memory kits that are rated to perform at 3300MHz. The individual DIMM densities for such kits start at 4GB and 8GB respectively, and by next year, they are expected to reach 16GB. This is another improvement over DDR3, which is limited to 8GB. Therefore, on a standard motherboard with 4 DDR3 DIMM slots, the memory capacity is capped at 32GB. With DDR4, total memory capacity is doubled to 64GB. For Intel X99 motherboards that typically feature eight DIMM slots, we are looking at up to 128GB of DDR4 system memory for workstation computing requirements! Alas, this memory standard upgrade also entails some physical changes to the RAM module; the DDR4 features 288 pins, versus the 280-pin count of DDR3. As a result, DDR4 DRAM modules aren't backward compatible with older motherboards.

This concludes our primer on the basics of what's new with Intel's high-end desktop platform. Stay tuned as we review a few Intel X99 motherboards to better understand what these new platforms are capable of.