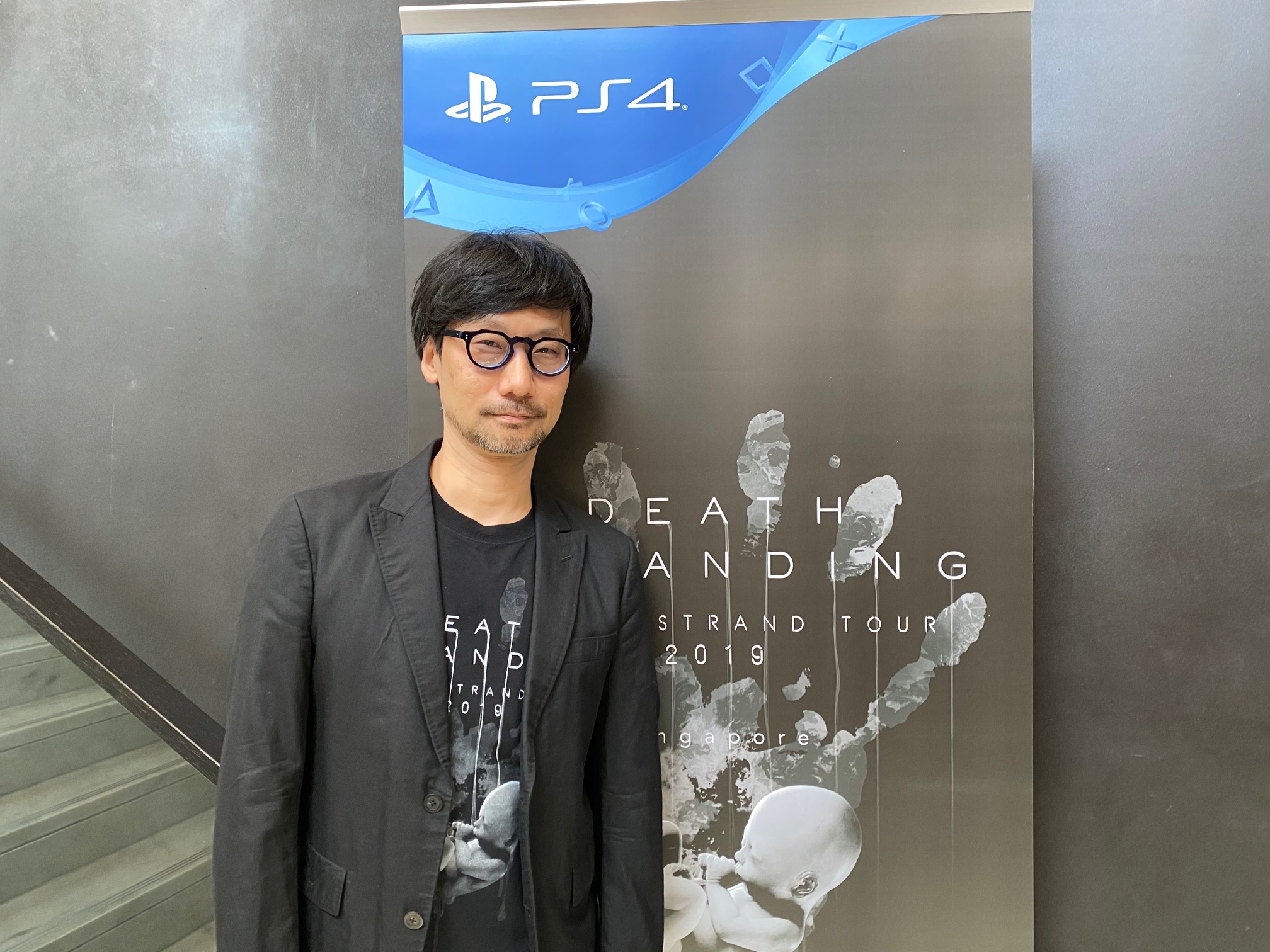 Maestro developer, Hideo Kojima, was in town over the weekend for a meet the fan and panel session. I had the opportunity for a quick chat with him, picking his brains on his just-released game Death Stranding and thoughts on the challenges faced when starting Kojima Productions game studio.

Aaron: Kojima-san, I’m really curious how the concept and scope of Death Stranding came to be. You know - were they inspired by any significant milestones or events in your life?

Kojima: Probably that I went independent. It was a restart that I did - I started everything from zero, from scratch. There was no engine, no staff, no engine. I had all the connections I had before with so many people, from actors to artists. I kind of followed the connections that I had. So, I thought the theme should be connections. Everything I create is based on connections, so it was a very simple start for the game. I had so many projects that I thought I could work on, but I thought the simplest and easiest to understand was Death Stranding.

Aaron: Okay, so Death Stranding’s gameplay was as refreshing as it is unique. And yet it feels familiar to past games. Was it done on purpose on your part - to make it familiar to gamers?

Kojima: I’m always trying to do something new, actually. Of course, Metal Gear was a series - I was working on a series. I’m doing new things every time. It’s the same thing with Death Stranding. Of course, it’s a delivery game with a focus on delivering. But I believe I haven’t changed so much - from the past or now.

Aaron: You have said before you would like to make smaller-scale games with shorter development times, when starting Kojima Productions. So what made you change your mind?

Kojima: Well of course, I could do - just by myself, shoot commercials, or shoot films, or write novels or just get 10 people and make a PT game, that sort of game - I could do that too, and I kind of wanted to do that. So, when I asked a lot of people, a lot of people said no, I’ve got to do something big-time. That’s what the fans want. Guillermo Del Toro said that to me. I’m old now, so I can’t really play around and so I thought okay, I’ll start up a studio and I’m happy that it’s up to the release now.

Aaron: But with that said, do you think it’s hard to move on to doing games you really want, because of your legacy?

Kojima: It’s always being the same. It’s difficult to explain something new - especially for the staff to explain. I could explain in Metal Gear, you know, I tried to explain about the concept of Death Stranding. Everyone says Death Stranding is new - for me, I’m doing the same type of game. The only difference is that I started from scratch. Creating games, I think, I haven’t really changed at all. I explain to staff, or I try to gather all the people who understand what I try to do and build, and that hasn’t really changed. 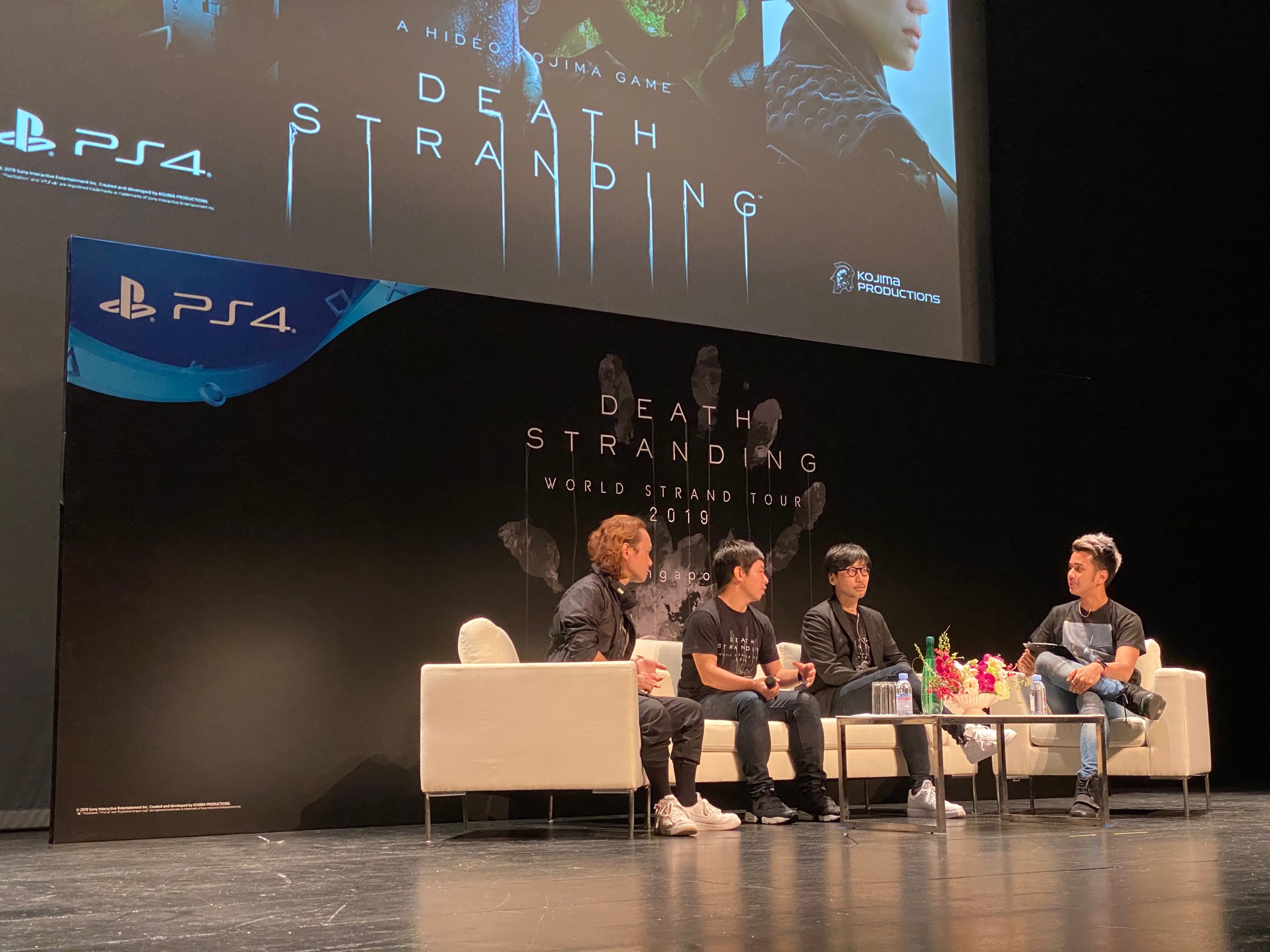 Aaron: When you were selecting the cast for the game - what was it about Norman Reedus and Mads Mikkelsen that made you choose them to be part of the game?

Kojima: Right from start, I knew I had to work with Norman. With Norman, I was trying to do the PT Project with him. So, I kind of pitched an offer to Norman without a concept idea, that I will work with him on my next project. So Norman was decided right from the start. The offer to Mads was actually later, and the hero character would be linked to him, which I always had in mind. The casting process was delayed a little due to the Screen Actors Guild strike, but I think it went well.

Aaron: In the wake of the game’s creative direction, was there any film or film director that inspired you to create the style of Death Stranding?

Kojima: I always watch movies, maybe one - at least one every day, paying attention to the casting and music. Anyone that I kind of get interested, I kind of want to meet them. It’s very easy these days to connect with people, to meet them and build up a trust, and then say, work together because a lot of people like that. Norman was one of them. So, I have a lot of people that I’d like to work with. Of course, it’s difficult - the scheduling, even like CHVRCHES. You know, I always liked CHVRCHES, listening to their music, so I just met up with them and developed a trust.

Aaron: About the soundtrack, how was the vision made on choosing which band or which track would appear in the game?

Kojima: Actually - yes, I guess I did - it’s the music that I listen to. I listen to music, there’s someone I want to meet, I ask, ‘do you want to meet?’ and as I explained before, it’s the same process with the actors. So, the music was decided by me. It’s all connections. I’m not trying to get people back to make a game to sell more on the marketing side, that’s not how I decide who to select - either music or anyone.

Aaron: I also can’t help but notice the similarities between the USA of today and the broken, divided America of Death Stranding. And you have taken aim at the politics of the USA with past games before, so I’m curious if you have actually done the same with Death Stranding and what is the message, political theme or otherwise that Kojima-san is trying to convey to the gamers with Death Stranding?

Kojima: I think the US is the center of entertainment, but maybe not the center of the world as it used to be. Even though it’s an American continent, I never mention any city in the game - I just say Knot City. If you look at the footage of the map horizontally, it looks a little bit like the mainland of Japan. It’s not just about America - I wanted it to resemble people’s countries when they’re playing. That’s how I put Death Stranding in there. So, it’s not just about the US.

Aaron: Do you feel like you’ve finished the story you wanted to tell in Death Stranding?

Kojima: Yes, I think I did.