Pros: Fast and comes with useful and thoughtful features
Cons: Not as customizable as rivals 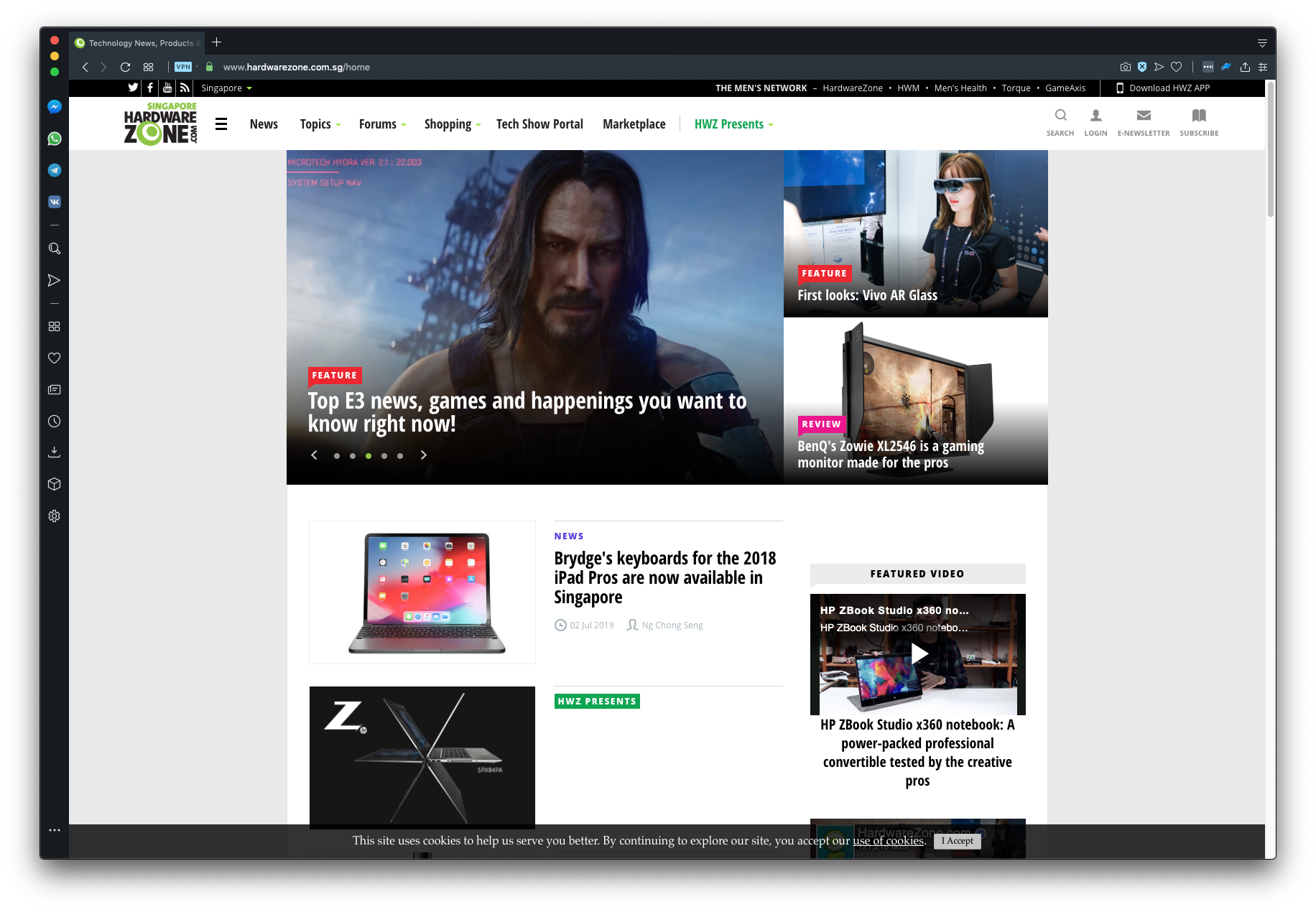 It might surprise you to learn that Opera is the oldest out of all the browsers gathered here. The first version of Opera was released way back in 1995 just a year after Netscape Navigator. Opera built its reputation on being the browser of choice for advanced users and the tech-savvy, but the switch in 2013 from its own tried-and-tested Presto engine to Blink — the same engine Google Chrome is using — left many long-time users disappointed as signature features, such as tab stacking, was lost. Additionally, it's now owned by the Chinese, which also raises some questions around security and privacy.

Because Opera now runs on Blink, it is highly similar to Google Chrome in terms of features and functionality. Open the settings menu and you’ll notice it’s nearly identical to Google Chrome’s. You can even get Opera to run Google Chrome extensions with some tweaking. This makes Opera one of the more customizable browsers, even if customizing it takes a bit more work. 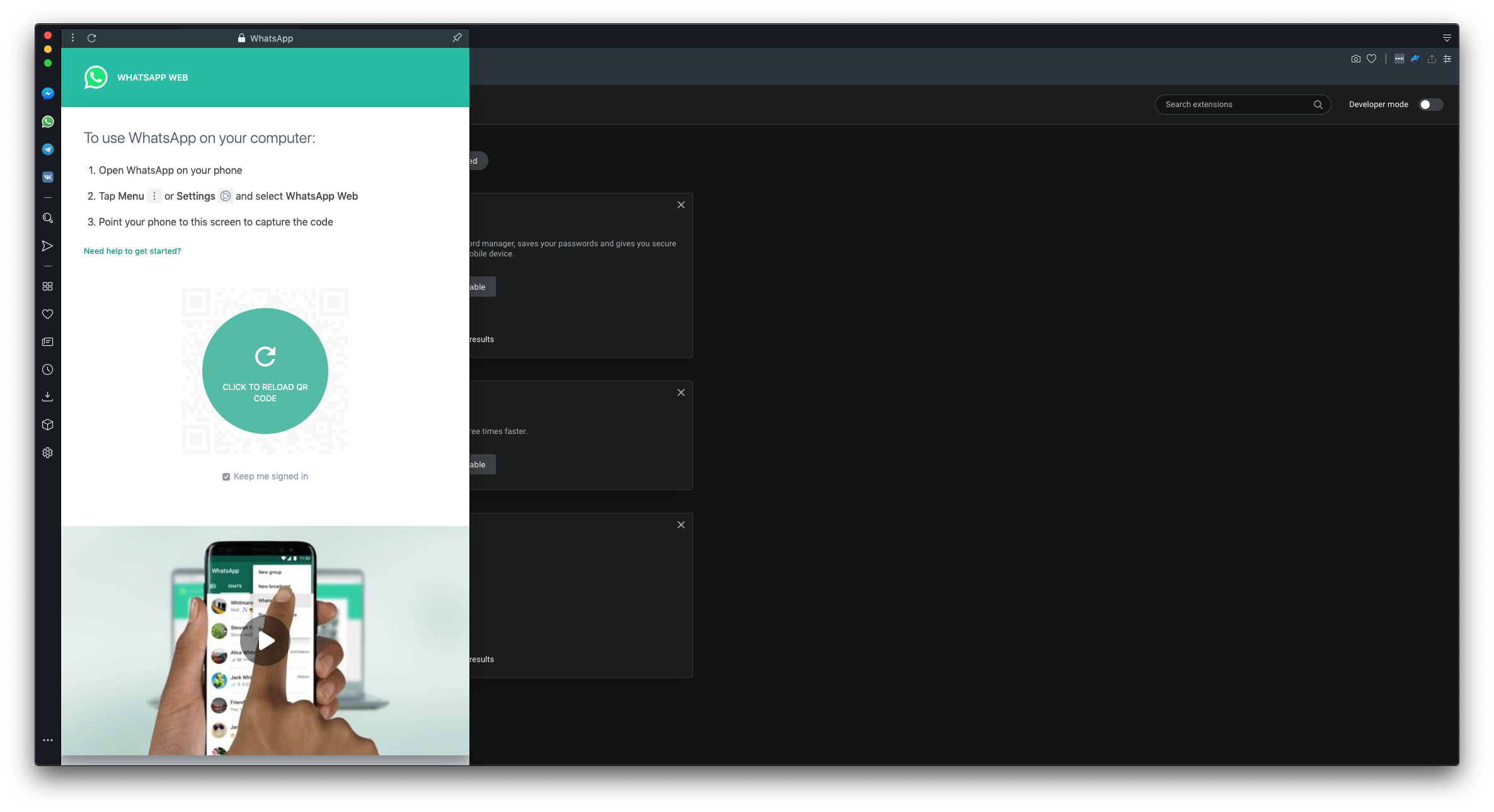 Opera has a couple of standout features that distinguish it from Google Chrome and the competitor. There’s a sidebar that works like a dock, giving access to frequently used services and features. From the sidebar, you can quickly launch popular chat services like WhatsApp, Facebook Messenger, Telegram, and VK. It makes it very easy to chat with friends and get back to your browsing. Unfortunately, there’s no option to add services so bad news if you use other services like Google Hangouts, Slack, or Discord. 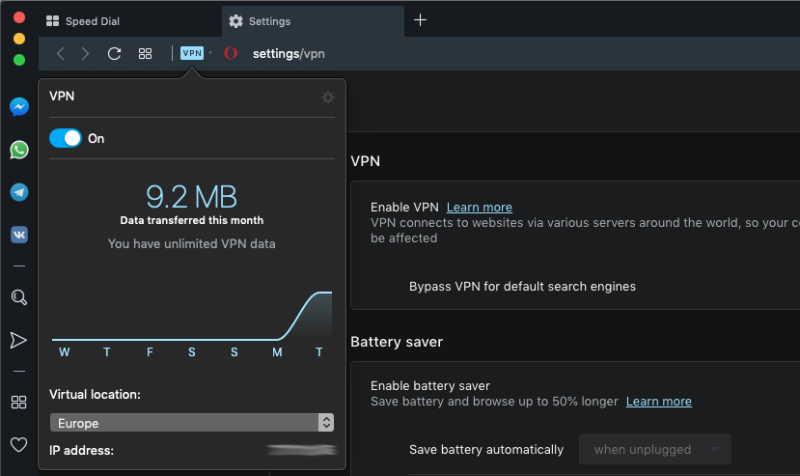 Another highlight feature is the built-in free VPN. It can be easily turn on or off from the address bar and you can even select your VPN location. There’s the option of Europe, Americas, or Asia. Like any VPN, Opera claims it reduces online tracking and makes it hard for websites to track your browsing behavior and computer. However, Opera is vague about how the VPN actually works so you don’t know your data is encrypted or if browsing and traffic are being logged. In short, if you are concerned about security, you should still seek out a full-fledged VPN provider.

Opera also has other thoughtful little features that make it pleasant to use. It has a built-in currency, measurement, and time zone converters that can be especially useful to avid online shoppers. If you are shopping online, you can quickly get currency conversions into your local currency. For those frequently on the go, there’s a handy battery saver feature that turns off plug-ins, reduces background activity, disables theme animations, and more to eke out more battery life.

Since Opera is powered by Blink, it was no surprise to see it scoring well in our benchmarks. CPU utilization and memory usage were amongst the lowest, which is in line with my own experience with the browser. Even with over 20 tabs opened on a MacBook Air, I found scrolling through webpages and opening webpages in new tabs to be generally smooth and fluid.

All things considered, Opera is a charming browser that offers good performance, neat features, and customizability that comes to close rivals like Google Chrome and Firefox. And because it has syncing features and is available on a variety of platforms, it could be the one browser that you use across your desktop and mobile devices. The only niggling factor is that it is owned by the Chinese.