It's the third part of our 'Indie highlight' series and this time around, we're featuring Sherman Chin, the founder of Sherman3D and the Principal of Entertainment Division at 1337 Ventures. Sherman3D is currently the oldest game developer in Malaysia, while 1337 Ventures is one of the most successful venture capital companies in Malaysia.

During a recent interview, Sherman shared with us the story of how Sherman3D started, as well as how local game developers (and other entrepreneurs) can approach 1337 Ventures to get tutelage on how to take their projects to the next level. HardwareZone Malaysia: You founded Sherman3D in 2003. Can you tell us of its history?

Sherman Chin: Sherman3D originated from Sherman3D.com, an online community in 2001. We developed the Karawachi space shooter game prototype that was noticed by the IBM spinoff company, Butterfly.net. Sherman3D was then invited to develop VibeForce, an MMORPG we designed on their super-computing platform in collaboration with Sony.

At this time, the Sherman3D Game Engine that I coded was showcased at E3 in 2003, which resulted in coverage from international press agencies. Thanks to this, I decided to incorporate Sherman3D as a company in Malaysia. Unfortunately, the super computing grid concept did not take off and Butterfly.net was closed down.

Sherman3D then partnered with 5th Cell Media LLC, of which I was a founding shareholder of, to create Drawn to Life and Scribblenauts, to name a few. We then worked on big Nintendo titles, such as Activision's Moshi Monsters Moshling Zoo, Nickelodeon's Diego Build & Rescue, and Disney's Good Luck Charlie Bug Be Gone.

HWZ: We noticed that Sherman3D worked on games for many different platforms. Can you explain a little bit more about this?

Sherman: When Sherman3D was founded, we worked on game prototypes. We then worked on Java 2 Platform, Micro Edition (J2ME) games for feature phones, such as THQ's Full Spectrum Warrior. After that, we became an authorized Nintendo developer and started working on titles for the Nintendo DS, as mentioned. 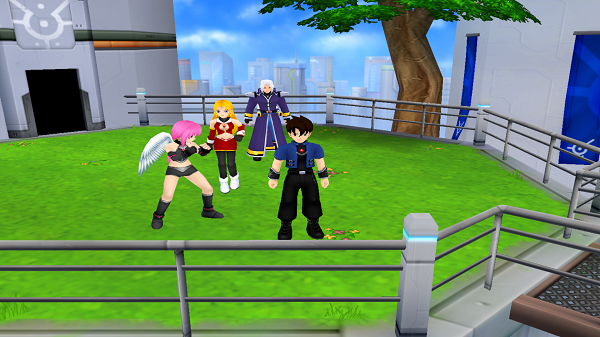 It wasn't until 2011 that Sherman 3D created its own intellectual property, Alpha Kimori, a game that was designed and whose story was written by yours truly. I was mentored by Amanda Fitch, who created the commercially successful Aveyond. Alpha Kimori was first launched on Big Fish Games and subsequently, the OnLive cloud computing platform for the PC, Mac, TV and mobile, but we then realized that the game had a healthy following in the RPG Maker community and decided to launch it on Steam. This proved to be a great decision, as the game has sold over 50,000 copies on Steam to date.

Today, we are creating RPG Maker resource packs for Degica, Japan, the official distributor of the RPG Maker engine. 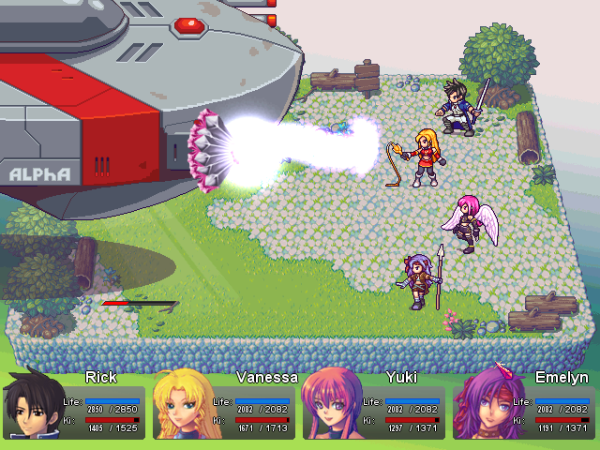 HWZ: Apart from founding Sherman3D, we understand that you're now part of 1337 Ventures. Perhaps you can briefly explain more about 1337 Ventures?

Sherman: Yes, I am currently Principal of the Entertainment Division of 1337 Ventures. 1337 Ventures is a company that is formed to help mentor entrepreneurs and help connect them with investors who are interested in their business ventures.

1337 Ventures identifies potential entrepreneur teams through interviews, pitching sessions, and competitions. These teams are then put into our pre-accelerator or accelerator programs, where they will be mentored to acquire initial funding for the purpose of completing their minimum viable product. They will then be guided to obtain follow-up funding. 1337 Ventures will provide courses, venture backed resources and networking opportunities with our extensive network of investors and mentors. To date, 1337 Ventures is one of the most successful self-sufficient Venture Capital companies in Malaysia with many of its entrepreneurs already funded. 1337 Ventures also has operations throughout South East Asia and will be expanding internationally, soon.

HWZ: How does 1337 Ventures helps a game studio to better develop their game, and what other forms of support can 1337 Ventures offer?

Sherman: We provide mentorship. From using the right game engine to having the right connections to get the word out for their games, 1337 Ventures guides a team from idea conception to actually getting the game into the hands of the players.

This is also where my specialty lies. I have experience working as a game producer in Japan and Canada, and can provide tutelage based on first-hand experience. Locally, I have mentored Ammobox Studios, CarRent.my and Awardingly.com in business strategy. I also mentored Shawn Beck in the Scrum project management methodology, and hired him as my technical director when I was working as a CEO previously. Additionally, I help local game developers to connect with international mentors, publishers and distributors. I partner with iTrain to provide game development training, GameHubs to provide advertorial services and Sherman3D to provide YouTube and SEO solutions.

HWZ: Taking a look at the overall game development scene locally, how would you describe it?

Sherman: I personally think that we are lucky to have a government-driven organization, MDEC, with people like Hasnul Hadi Samsudin, who are so passionate in helping grow the game industry. Because of their efforts, we have many game outsourcing companies working on very big name titles from across the globe. Quite a few of these studios are now moving on to working on their own intellectual properties as well.

As I see it, the time is right for the local game development industry to develop original intellectual property to be marketed across the globe. This is the natural progression as our universities are already training talent for the game industry, and there are many opportunities to learn working with the many game outsourcing companies here.

HWZ: What do you think is the most difficult aspect of developing a video game in Malaysia?

Sherman: I think the most difficult aspect of developing a video game in Malaysia is incorporating monetization aspects early on in the game design process.

Many think that gaming is all about fun and games, but it's important to remember that game developers need to survive, and the way to do so is to ensure a game can be monetized. I was fortunate enough to have been guided by Brett Bibby, the founder of GameBrains, who encouraged me to start my own company so that I can learn about the harsh realities of surviving as an indie game developer.

HWZ: In terms of talent when it comes to video game development (asset creation, level design, coding, etc.) What do you think of the local talent, and how does it compare to the rest of the world?

Sherman: In Malaysia, it is very hard to find game developers who are well versed with the entire game development pipeline. I think the problem lies with finding enough people who are passionate about all aspects of game development, thus resulting in the lack of diverse talent who constantly want to learn.

For example, when I first started, I had to code my own C++ 3D engine, shaders, graphics rendering module, tweening for my animation module, dabble in TCP/IP stacks, and even neural networks for AI modules. There was always something new to learn.

In short, it would be great if our local talent pool goes out to learn as much as possible from the industry internationally and then brings back the knowledge to help advance our collective level of experience in all aspects of game development.

HWZ: Do you have any advise for budding game developers?

Sherman: Firstly, I think that many small game developers should think about long-term monetization. In the mobile game development scene, many developers are earning a lot initially, but when the hype dies down, so do their earnings.

To avoid this, I'd advise them to start with simpler games that target a niche market. There are many game projects beginning game developers can help with in the forums at GameDev.net Game Development Community. They can join an existing team or start their own. 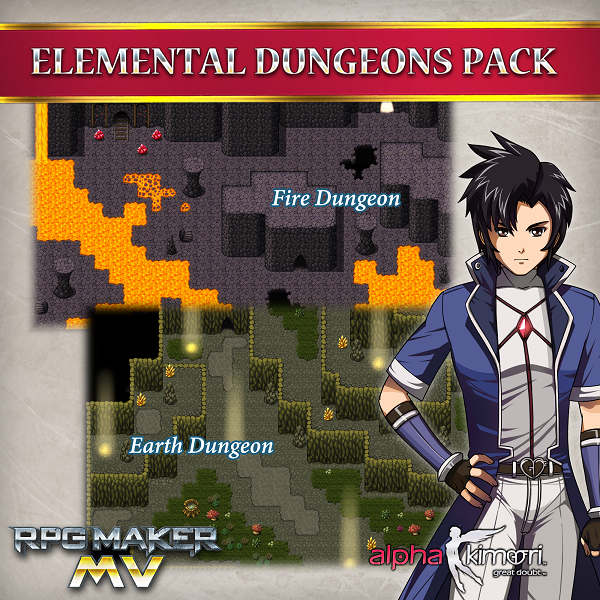 For story-based games, I would suggest using RPG Maker MV on Steam. It is a relatively cheap way of starting and surviving as an indie game developer. I understand it might not be everyone's type of game, but there is a niche market for it. Trying to target the mainstream market or a market in which the niche is not willing to pay for, is good way to back yourself into a corner. With the RPG Maker engine, game developers can script with Ruby Script and make a very customized experience. You can also purchase plenty of resource packs on Steam for RPG Maker. For 3D games, start with the Unreal or Unity 3D engine.