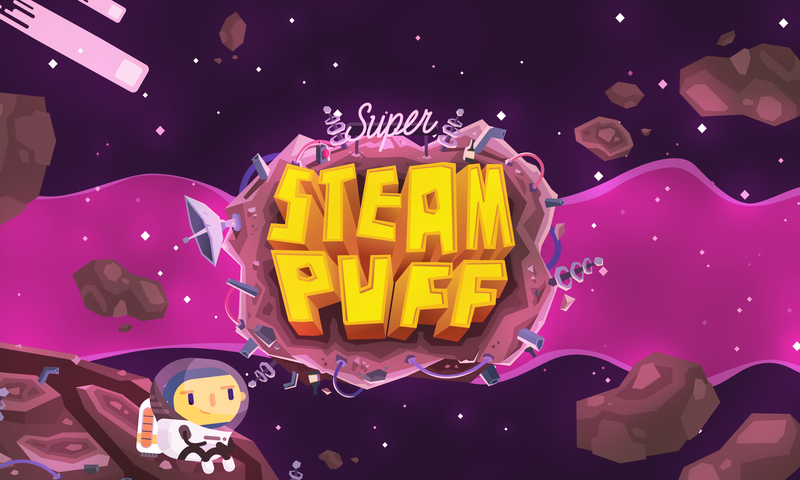 In this second part of our ‘Indie highlight’ series, we put the spotlight on Weyrdworks Studio, a two-man team based in Kuala Lumpur. Their mobile debut – Super SteamPuff – arrived on the iOS App Store on May 25, followed by a global release in late June this year. Super SteamPuff is a quirky, frantic, jetpack-clad shooter that will put your reflexes to the test.

Shawn Beck serves as the game designer and one-half of the outfit alongside artist-illustrator JT Yean, who’s responsible for the art and creative direction of the game. With tons of unlockable characters, flags and badges, there’s plenty of replay value with Endless Mode (waves of enemies and randomize bosses) and Local Multiplayer (PvP on the same device).

What follows is a conversation with the Weyrdworks duo, in which they share the development process of Super SteamPuff, as well as the challenges faced and lessons learned from making the game.

HardwareZone Malaysia: The concept behind Super SteamPuff was born from Unity Game Jam 2012, which was then retooled to what it is today over a period of two years. Would you say that the Unity Engine was instrumental in bringing the game to fruition?

Shawn Beck: Most definitely. It’s our main and only tool for development, other than Adobe Photoshop and the likes. Unity was the catalyst that got us seriously into making games. Prior to that, I’ve dabbled in RPG Maker and Game Maker, but that was more than 10 years ago, at a time when indie games weren’t a big thing, and they didn’t seem to be anything more than a hobbyist tool.

When Unity came out, it signaled the arrival of a full-fledged game development tool that could compete with Unreal Engine and CRYENGINE, which in turn gave us the courage to take a leap into creating our own games. Our debut title under the Weyrdworks banner – Super SteamPuff – was the result of nine months of on-and-off development since November 2014.

We started with Unity 3, which has since been superceded by Unity 5. I came from an art background, where my work was mostly done in Autodesk Maya. At the time, Unity was designed to be more artist-friendly. All the tools, from camera rotation to how you navigate entire scenes, were made to be exactly like how you use Autodesk Maya, which made the transition virtually seamless.

HWZ: Super SteamPuff is one polished game, so much so that it can stand next to other iOS greats (e.g. Monument Valley and Threes!). What are the game's art and gameplay influences?

Shawn: In the beginning, the game was conceived as a one-button game, which was the theme of the 2012 Game Jam. Our early design sketch had two characters facing off another two with only one button assigned for each character, making it a 2-vs-2 four-player experience you could play on just one keyboard.

JT Yean: The gacha machine was, of course, a nod to Crossy Road.

Shawn: In fact, Super SteamPuff was originally designed to be free-to-play, but it was eventually dropped in the final stage of development as it didn’t fit with what we initially envisioned for the game.

JT: We both play a lot of games on Steam, and didn’t particularly enjoy the F2P experience, so we took it out altogether.

Shawn: I personally love Threes! and I’ve been playing that for three years and still haven't gotten the last tile! 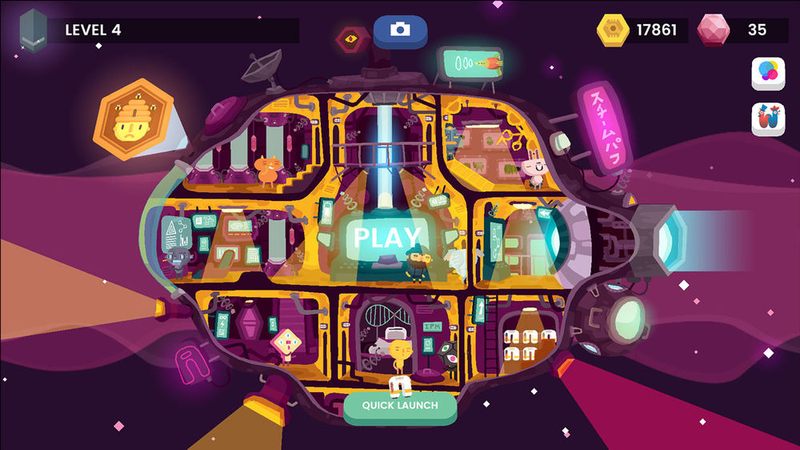 HWZ: Was the over-the-top announcer inspired by the Metal Slug series?

Shawn: No, we had it in the original one-button game as well. It just felt like a natural extension to the weapon pick-up mechanic – crucial even as you’re squaring off against the other character.

JT: Our reference for it was actually from Guilty Gear. We wanted to game to have that Japanese arcade-y feel.

Shawn: If you look closely at the ship in the main menu, there's a side panel that says SteamPuff in katakana.

HWZ: The game supports multiple international languages. Were the translations done by fans?

Shawn: It was outsourced to a translation company in Ireland. They were really meticulous in their work and, surprisingly, also more affordable than the local translators.

HWZ: Was it a conscious decision to debut the game on the iOS App Store, as opposed to Google Play?

Shawn: Definitely. As it was just two of us, we can only concentrate on one task at a time.

HWZ: So you won't rule out going multiplatform?

Shawn: We are currently working on an Android and a Steam port. The team is only just JT and me, which doesn’t leave us with much time or the manpower to work on multiple platforms simultaneously.

HWZ: Speaking of ports, have you guys put any thoughts into adapting Super SteamPuff for the Apple TV?

Shawn: We did some testing on the fourth-generation Apple TV, but we realized that the buttons on the Siri remote weren’t quite a good fit for the game. There is the Glass Touch sensor, which works really well, but I don’t think we’ll be going in that direction, simply because the size of the Apple TV user base and its app discoverability just doesn’t justify it.

Going back to the iOS App Store, Super SteamPuff wasn’t exactly lighting the charts on fire, even though it was featured two weeks in a row for ‘Best Games in June’ and ‘Best Games We Love’. 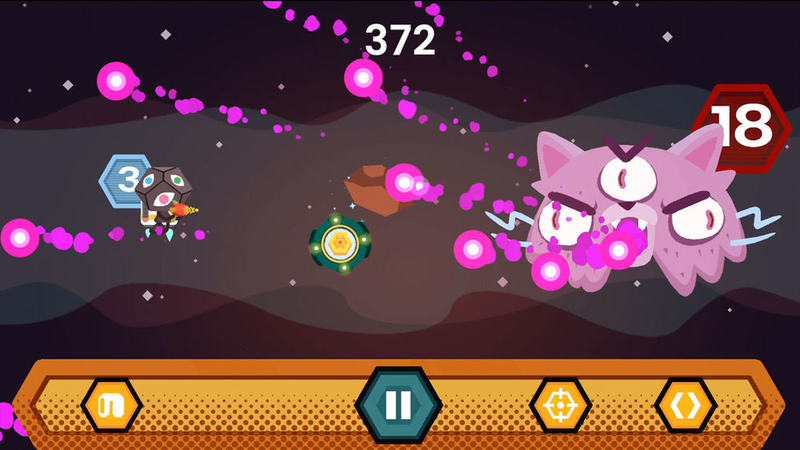 HWZ: Over the week, we demoed the game to a number of people, and they were pleasantly surprised that it was done by a Malaysian team. Why do you think there is this perception about homegrown content?

Shawn: Well, gaming isn’t exactly mainstream culture to begin with, at least not like film. And no one stays for the end credits anyway. I think people expect local games to be cultural; Games about durians and local sports. In actual fact, we have a lot of colorful, diverse games that take inspiration from various themes. For example, take a look at some highly successful original IPs, such as Alien Hive, Sporos and Mobfish Hunter from Appxplore, as well as King’s League and Tiny Guardians from Kurechii. These are amazing games from really talented local studios not many knew were made in Malaysia.

HWZ: It's obvious a lot of thought went into the overall presentation: from the wacky characters to the playful score and bouncy UX. Could you offer some insights into the collaborative process between the team members?

JT: Well, we did graduate from the same art school.

Shawn: We share the same course in animation, use the same vocabulary.

JT: We know each other’s quirks, the way we work. That’s chemistry, right there.

Shawn: I picked up programming after that, so it's easy to transfer that knowledge to communicate what's needed during development. Also, the plus side of being an artist-cum-programmer; if I need anything art-related from JT, I don't need to pause a day or even week of development; I can just put in a placeholder art.

Most of the animations are done by me, whereas JT does the art and graphics assets. It's a brilliant arrangement, really.

Occasionally, minor things like color changes can be tweaked on my end, and it’s more or less what JT has in mind when he looks at it the following day or week.

JT: We usually balance out each other well. 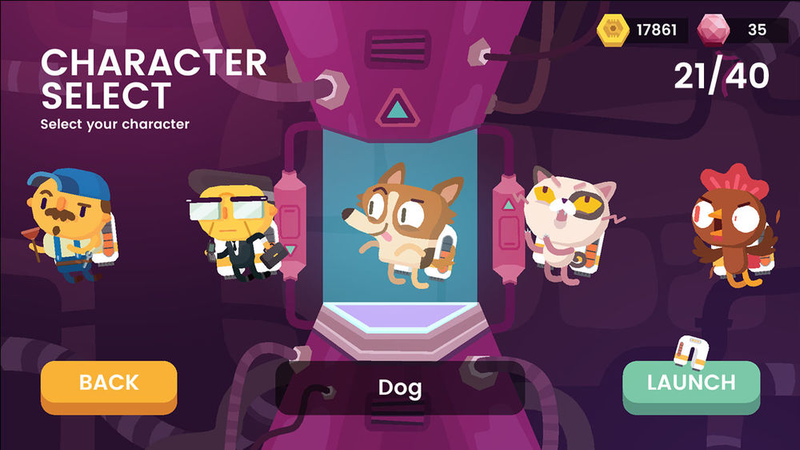 HWZ: The cartoon styling seems like a no-brainer, while the gameplay is fun and charming in its simplicity. What were some of the ideas that were toyed around but ultimately dropped from the final release?

Shawn: That is a good question. From the get-go, Super SteamPuff was designed purely as an online PvP experience with unlockables similar to Capcom’s recent Street Fighter entries.

During implementations, however, there was a perceivable 200ms delay during local Wi-Fi play, which is not something you’d want in a game that requires twitch reflexes. Being a half-programmer, it’s quite a task to get into the nitty-gritty of network infrastructure.

As the game was also funded by MDEC’s ICON program, we had to drop online multiplayer and prioritize single player mode to meet our deadline.

JT: We do have a local multiplayer mode, but that's as close as we got for the initial release.

Shawn: We also toyed with the idea of asynchronous multiplayer ala Clash of Clans.

HWZ: How would that have worked for Super SteamPuff?

Shawn: Noticed the inner view of the ship? We always wanted to make a ship management game, so you collect characters and defend your ship and attack other ships.

HWZ: That kind of reminds us of Star Command.

Shawn: Yes, it’s funny you should say that, as that is where we’re taking Super SteamPuff next. It probably won’t be an asynchronous PvP game though, as that would require us to go the F2P route. 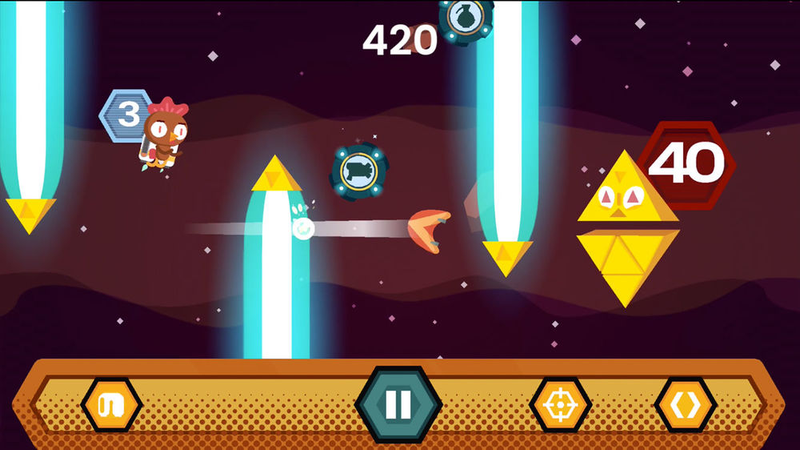 HWZ: In a market filled with me-too F2P and P2P releases, it's refreshing to find a game that revels in being a 'Pay Once & Play' game. Are the download numbers and revenue in line with your expectations?

Shawn: To be honest, we’ve been looking at analytics from other P2P games, and the virality of our game just isn’t there. It’s quite disappointing, to say the least, and we were actually a little demotivated for awhile.

JT: Super SteamPuff could’ve gone either way. We did weigh our options, but we felt more comfortable with the traditional model.

Shawn: I will admit that the multiplayer mode on Super SteamPuff is clunky at the moment, but rest assured that we're working on restoring online multiplayer in a future update, so that players can battle one another over Wi-Fi. Right now, the only way to play with another player is on the same device.

HWZ: With wireless PvP in the works, what other features or add-ons can the players expect in future updates?

Shawn: We've been working on monthly updates, and releasing story tie-ins in the form of comic strips on our Facebook page. The episodic updates are expected to introduce six to seven new bosses, and four to six characters each time, all the way until December this year. In fact, a new update is scheduled to be released this Friday. It’s a full female cast featuring seven new bosses and four new characters.

Super SteamPuff [US$2.99] is available to download on the iOS App Store.