In Malaysia, the eSports industry and to that extent, the local game development industry, has been gaining traction over the past couple of years. To take advantage of this, institutes of higher learning started to offer game development courses, whose graduates moved on to work with gaming studios like Codemaster Studio, KL.

Today, the amount of traction for this industry remains strong, if not stronger, encouraging local game developers to enter the scene. Among these developers is Ammobox Studios, which is manned by two very talented individuals – Jeremy Choo, Founder and Owner; and Shaikh Zhafri, Co-Founder and Art Director. Armed with inspiration, a deep understanding of the game development process, and a passion for games, these two (and contributing talents from around the globe) are now developing a game called Eximius, which has just been greenlit on Steam.

We had the chance to meet both Choo and Zhafri recently, and were able to get a first-hand experience with Eximius. 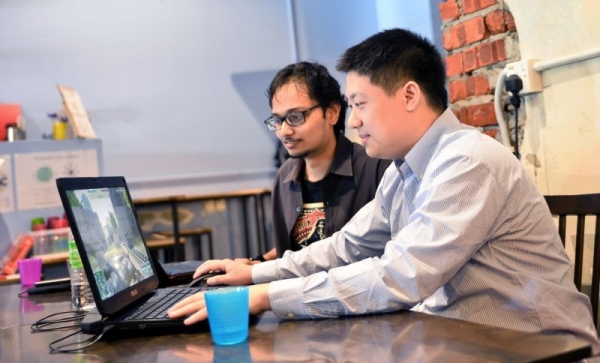 Eximius is a game that mashes elements of real-time strategy (RTS) and first-person shooter (FPS) games. It's inspired by Battlezone, but has fresh elements, such as the ability to play with other human players with the A.I.-controlled units. 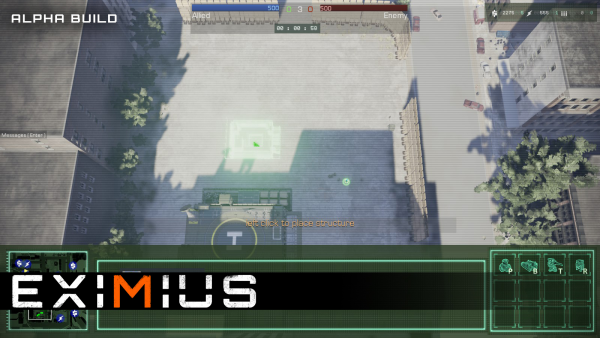 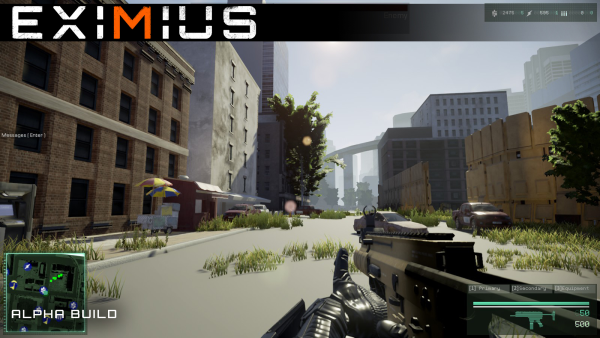 It's a 10-player game, with five players per team. Each team has a Commander, while the other four players become Ground players. The Commander will get access to the RTS interface, where he or she can build structures, train and assign A.I.-controlled infantry to teammates, and call down devastating air strikes against the enemy. Commanders will also need to keep an eye on the battlefield, and communicate with his or her squad when it's time to retreat or push forward.

As for Ground players, their task is to capture strategic points across the map, lead a squad of A.I. infantry, and destroy the enemy's command center.

“There are actually two ways of winning – you can capture more victory points than the enemy, or destroy their Command Center," explained Choo. "To give the freedom for players to do either, we'll be updating the A.I. to give players more control in the future.”

Speaking about the future, Choo and Zhafri have plenty of plans for the game. Among them is to create class-based gameplay.

“We'd like to introduce different suits with different abilities, for both the Commander and Ground players. Currently though, it looks like we're closer to introducing different types of ammunition. There will be armor-piercing ammunition for when you're up against another human player, and it's a 1v1 scenario, or you could choose cluster ammunition, which is designed to do damage to multiple targets," added Choo.

The video below is the latest build of the game, which now feature the addition of artillery strikes:

Similar to any game development process though, there are some challenges that Choo and Zhafri are facing now. One of the main challenges is the need to accomplish a lot of things using only a small pool of talent.

According to Choo: "Developing a game requires a large diversity of talents. For example, you need someone programming the A.I., someone creating visual assets, a level designer, and so and on. Right now, it's mostly Zhafri and I doing most of the development, which is pretty challenging, as we have to learn new things while developing the game at the same time.”

Whilst still on the subject of challenges, Choo also said that the studio has limited funding, which is why they're open to working with investors to complete this project.

In case you're wondering, the name Eximius is actually Latin for extraordinary, but in the case of this game, Eximius has a connection to the story of the game, which is still in development. Currently, the game revolves around two conflicting factions that act as guardians to the remaining population of humans in a post-apocalyptic world. The universe has a rich backstory as to how the world got depopulated and players can take on the role of a commander for either faction to reestablish mankind based on the ideology of their chosen faction.

According to Choo, Eximius will likely adopt the pay-to-play business model when the game goes live, but this is not set in stone at the moment.

If you'd like to learn more about Eximius, you can head on over to the game's Steam Greenlight page.