Like all companies present here at the IFA 2017, LG Electronics’ (LG) keynote showcased many products and innovative technologies in its home entertainment and appliances division. For us, however, our interest lay in the unveiling of its new smartphone: the V30. We’ll be honest: when we first laid eyes on the phone, our initial impression was that of genuine amazement. Not so much at its hardware, mind you, but the phone’s aesthetics and design. In our hands, the phone was astonishingly light, weighing in at just a little over 150g.

By comparison, our own phone (this writer uses a Sony Xperia XZ Premium) actually felt like a brick in our hands, and it only weighs 190g. Yes, you read that right: Despite the fact that our own phone still weighed approximately 40g more than the V30, the difference was physically evident.

As if the overall lightness of the phone wasn’t enough to throw us off balance, there’s the size of the phone. At 6-inches, its size-to-weight ratio felt unreal in our hands. At least, for the first few minutes. As it is with LG’s phones, the V30’s back is anything but bare. Turn it over, and you'll find the new 16MP and 13MP dual camera setup, along with the Google Daydream sensor located just below the camera flash. 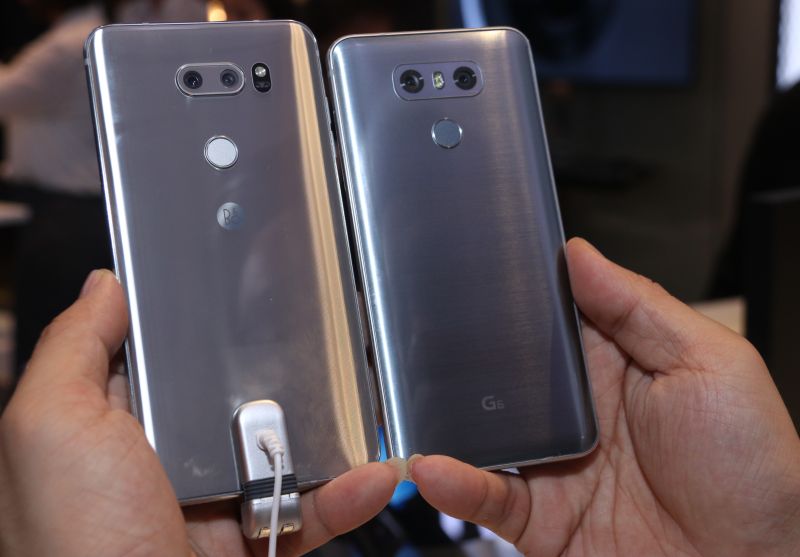 Naturally, to complement the B&O audio technology, the V30 has a 3.5mm headphone jack at the top of the phone. Connectivity-wise, the phone uses a USB Type-C port at the bottom of the phone, which is also capable of utilizing Qualcomm’s Quick Charge 3.0 feature for fast charging.

Hardware-wise, here's what the phone is sporting: 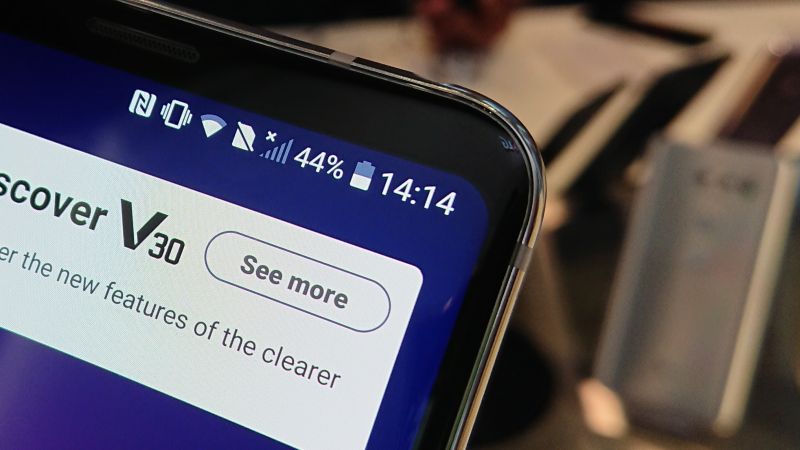 And then there’s another point of familiarity, the phone’s gorgeous, near bezel-less, and all-encompassing 6-inch (2,880 x 1,440 pixels) OLED display. If your first thought of the phone’s display evoked images of another phone from another Korean brand, don’t worry, you’re forgiven: that same thought was what crossed our minds as well.

Try as we may not to say that its display shares a strikingly similar design to the phone of its direct competitor, what should be made aware is that, upon closer inspection, there certain characteristics that can be missed by the naked eye. First off the list is the screen ratio: the magic number that is used by the V30 is 18:9, while the displays Samsung Galaxy S8 series are slightly larger at 18.5:9.

The second point actually shares a correlation to the first point, and that is the V30’s bezels. Unlike its competition, you can actually see that the V30 still has very thin bezel at its sides, and doesn’t curve all the way into the edges.

Software-wise, the V30 that we played with was running on Android 7.1.2 Nougat and LG’s own user interface (UI) embedded into it.

If we were to be honest, LG’s UI isn't the easiest or the most user-friendly design that we've played with on Android devices. By comparison to the other UIs of other Android smartphones, the tone and design of the V30’s UI feels a bit cartoonish, and even a bit choppy with its animations. Beyond that, if you’ve ever used an LG G6, then believe us when we tell you that transitioning to the V30 won’t be that big of a leap. 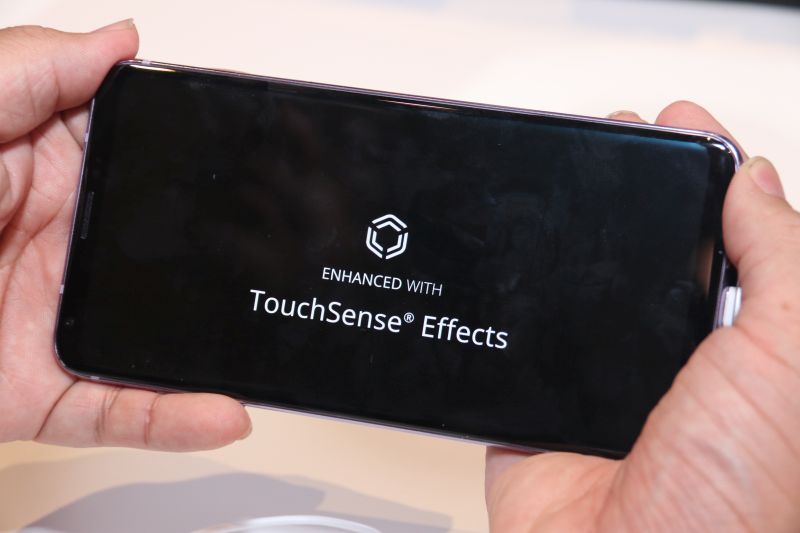 That being said, the V30 did have some new and interesting features installed into it. One of these features was something called TouchSense Effects. The feature works by enhancing the experience of specific media content with the addition of minute vibrations that react to certain sounds and beats in different scenes, much like how a PlayStation controller vibrates in response to a clue or an environmental event.

In case you’re wondering, the show in question was called The Greatest Showman, to which we’ve embedded in this video for viewing pleasure, sans the vibrations, naturally.

Moving forward, LG had also improved the V30’s camera by installing a dual camera setup consisting of a 16MP standard lens and 13MP wide angle lens, both with a wide aperture of f/1.6. Compared to the G6, the new dual camera setup provides brighter images, and even addresses a slight image distortion issue that was prevalent in the G6.

Lastly, one of the more interesting features that LG had added to the V30’s new camera is actually embedded into the phone’s Cine Video mode. In this mode, users can take advantage of the new Point Zoom function that allows them to choose a focus point in the video mode and then zoom in on that specified point, all in real-time.